I hadn't run into any trouble with replacing the ceiling fans in my older home (~21 years old) until today when I attempted to swap out the ceiling fan in our bonus room. Thinking this would be a relatively simple swap, I haphazardly inspected the previous wiring while disassembling the old ceiling fan, and now, of course, I'm regretting that decision after multiple failed attempts to get the new ceiling fan wired up the same way.

After trying to do some research on my own to figure out the wiring confusion, I mostly came to the conclusion that my wiring setup is pretty atypical for the sort of connections I'm trying to achieve since there is no red wire available. Previously, the old ceiling fan and light kit was connected to two wall switches (one controlling the fan and one for the light) with two 2-wire (black, white, ground) cable runs feeding in to the switch and one 2-wire cable going out to a nearby receptacle. I've left all of this intact as it was working just fine before I tore out the old fixture.

Needless to say, the source of confusion is at the ceiling's junction box. There's two 2-wire (black, white, ground) cables feeding into the box, where the first cable appears to run out to the wall switches and only works for the ceiling fan's switch when I make the right connections. The issue I'm having is with getting the light switch working using the other cable: It seems to be a power supply rather than a run out to the light switch because I'm only ever able to get the light to work with the pull chain. Both the old and new ceiling fan's wiring are standard - white, blue, and black.

Long story short, after trying multiple combinations of wire connections for hours, I just can't seem to get the light switch working at all with the new ceiling fan whereas both switches had been working before with the old ceiling fan. The best result that I've gotten thus far is that the ceiling fan's wall switch is working as expected, but the light is only working via pull chain. I'm stumped to say the least and could use any help there is to be offered (wiring diagrams greatly appreciated). 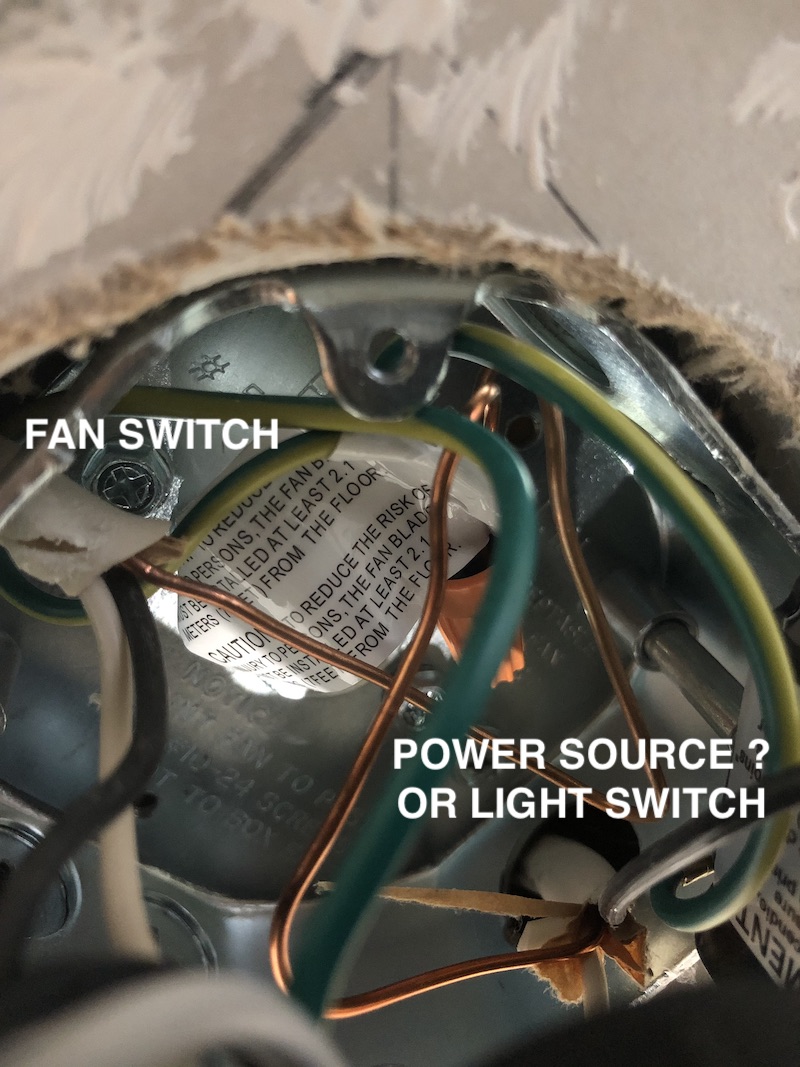 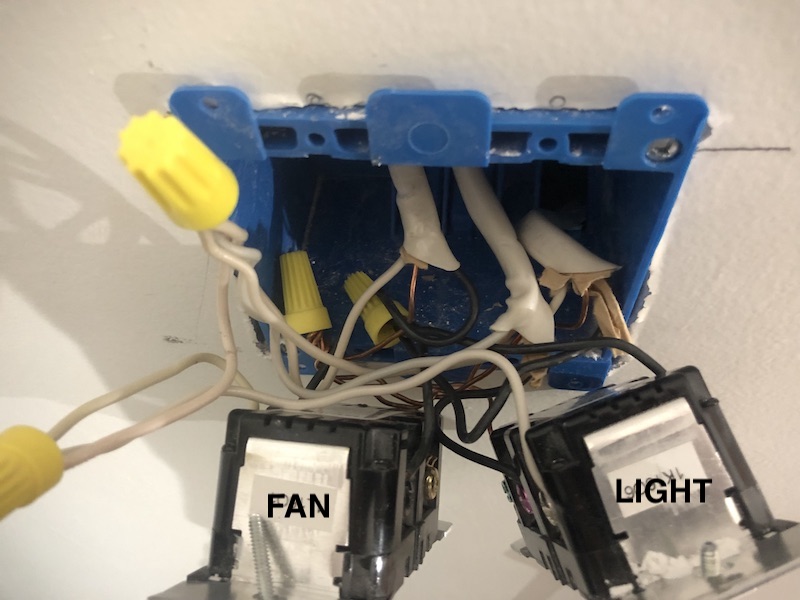 EDIT: I'm also adding a makeshift wiring diagram below of what I assume should be the correct connections. However, as diagrammed, these connections only work for the fan switch and do not work for the light switch (but pull chain for light does work) as I previously stated. 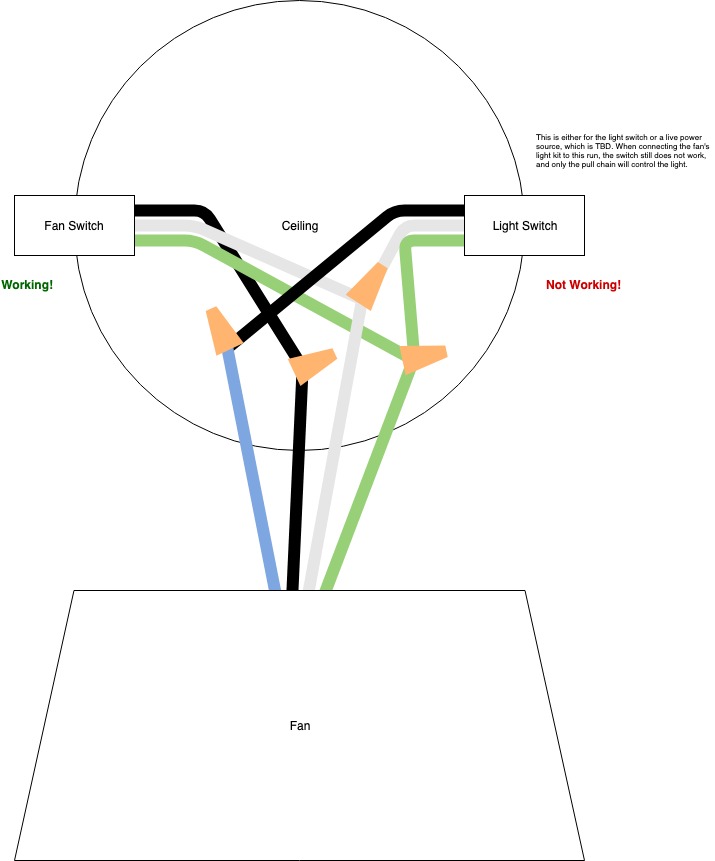 Thanks to the comments from JACK and Ray, I was able to use an electrical tester to try the circuits. After ruling on any problems there, I went ahead and swapped the switches for the ceiling fan and light (keeping the wiring as is), and lo and behold, the fan was running constant (only working with the pull chain) and the light switch was now working as expected, so ultimately the issue I was having was indeed with a faulty switch. I swapped it out with a new one, and everything is back up and running. Thanks all!