My parents purchased a camera system more than a decade ago, and they called someone over to (do something with them? They don't remember...)

Anyway, the result was that almost all of the cameras went down.

They all have power, but there is no video stream from them. They light up with their infrared LED's at night, but after checking the DVR's settings, they have no video feed coming to the DVR (This was also checked by directly wiring the camera to a TV with no DVR in between them).

Additionally, I pulled one of the cameras down and brought it to my TV and gave it power (DC 12V from my power supply), and wired it directly to the TV (No DVR in between to rule out DVR issues).

It had no video feed.

Could all of the cameras have died over time (Which seems wildly implausible to me, they are exterior cameras), or am I missing something? My mom said that the person who was called over was adjusting the cameras physically and might have turned them off somehow, but upon inspection of the cameras, there is no such switch.

Here is the make/model of the camera:

Are the cameras viable, or should I get a new set of cameras? 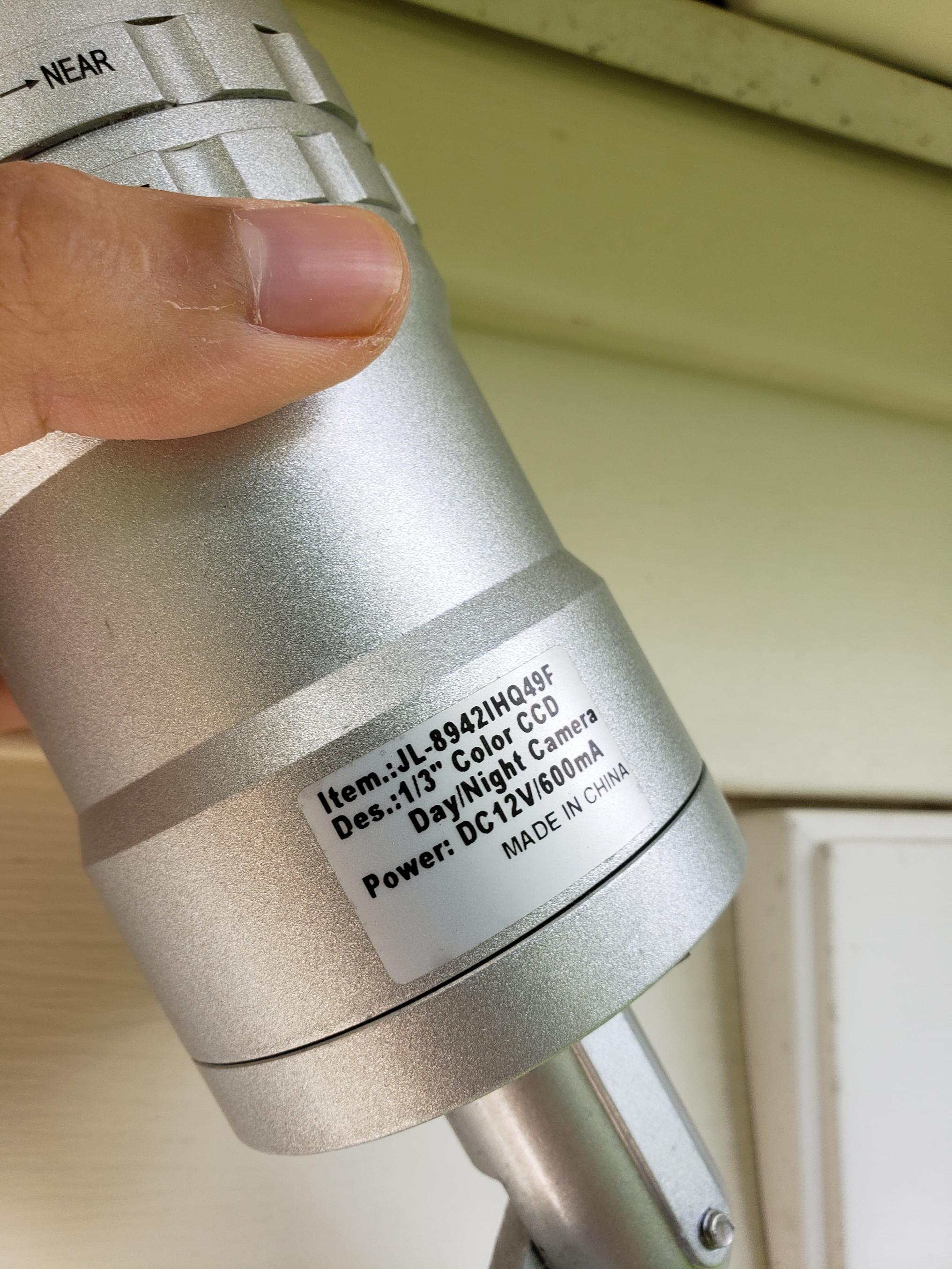 You should get new cameras. A Google search on the item number came up with nothing. As they are over 10 years old they may just have died of old age. Good luck.

Most cameras that old are composite video so if you don’t have them in the proper input to your tv you will not get a signal with a perfectly functional camera. The fact that multiple cameras went down would me looking for what is common in the system. Some units use video splitters so multiple cameras or just a single view can be viewed based on what is selected, this can be the function of a DVR that has multiple inputs. I have changed even my home system over to digital high res because composite is becoming obsolete and the digital models have much better night vision and higher resolution. So check the common component it may have failed or something simple like the power supply that runs the splitter or dvr may be the cause, having multiple cameras die at the same time with no other electrical failures would be extremely rare.