Wiring a dimmer and timer side by side

I'm trying to replace old dimmer and timer (sitting side by side) with new Leviton dimmer and Lutron timer, however the box got me confused as it appears all neutral white wires are tied together in one nut and are not attached to anything - please see picture. There are also white wires coming out of top and bottom on the left switch..How do i go about connecting the dimmer and timer? Dimmer has ground (green), red and black. Timer has red, ground, white and black wires.

On the left dimmer - I tried to connect red wire from new dimmer to red and black from the box (circled top left on the pic in red/black).

I also connected black wire from the box (circled in black) to black wire on the new dimmer.

I also connected red wire from new timer to red wire on the dimmer switch on the left as there is no red wire coming out of the box on the right for some reason.

Grounding wires (green) both are connected to each of the box's screws - on the left and right of the pic.

When I made connections, i lost some power in nearby locations i.e. bathroom and some kitchen outlets. 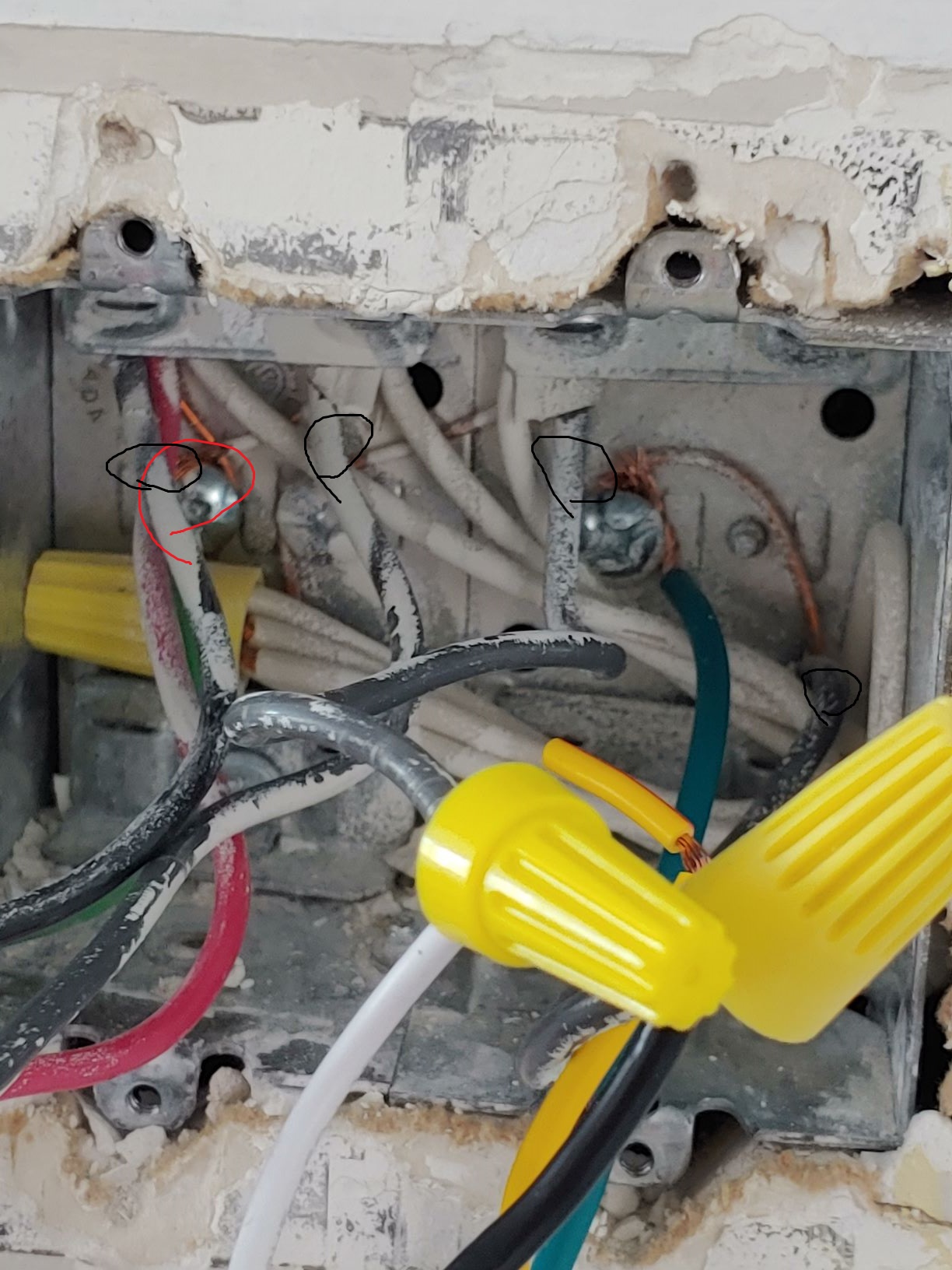 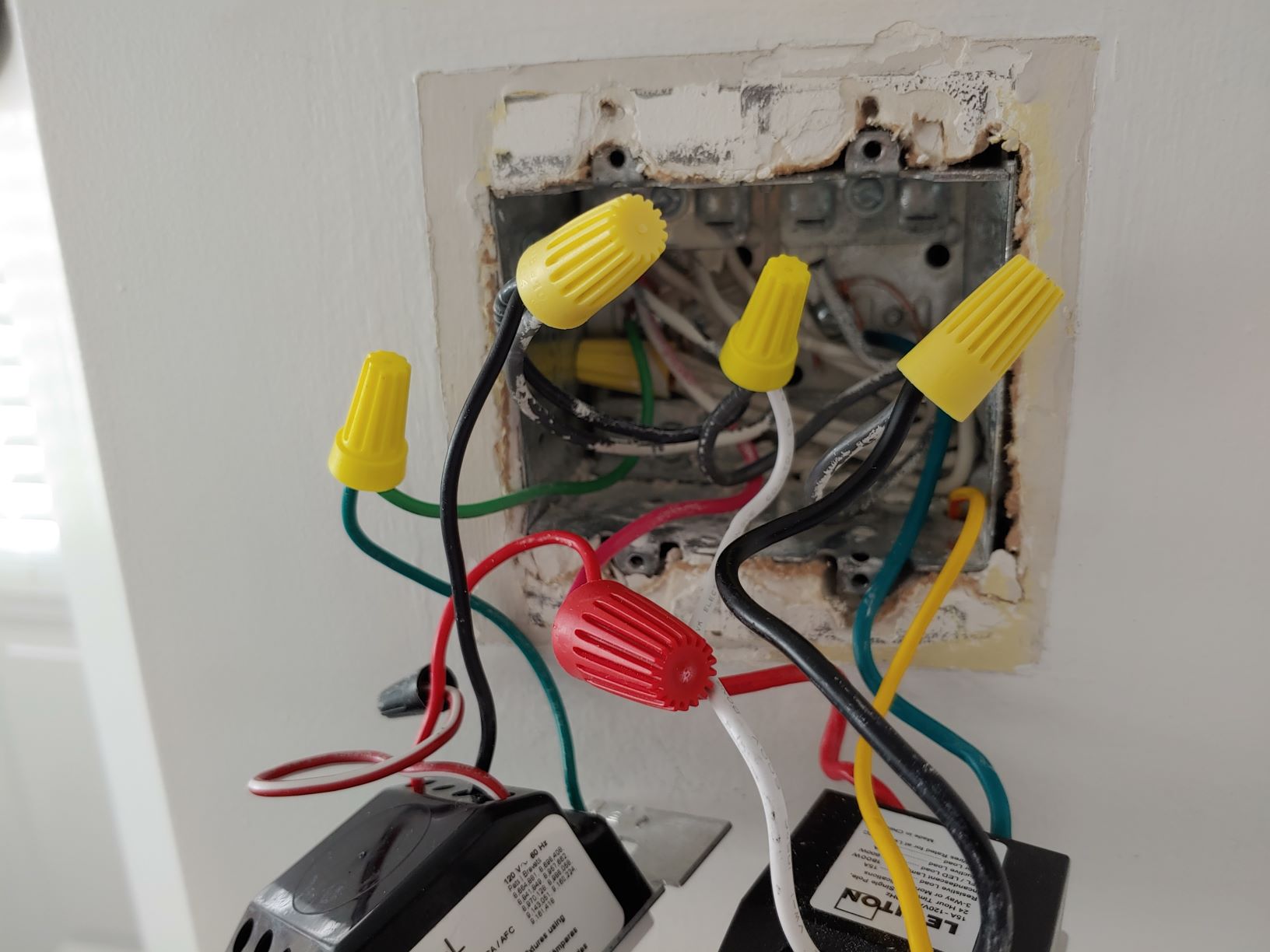 Connecting the hot or load wire to the neutral wire as you have done with light switch on the right can be dangerous as that is not how the switch is designed to operate. If you're uncertain of the wiring it's probably not a bad idea to get an electrician or a friend that's familiar with electrical to help you out. That being said you can fix the issue.

I would recommend replacing both of your switches with Lutron Caseta switches which would allow you dimming control, allow you to remotely set a schedule or timer from your phone and would be less confusing to install.

The advantage of the lutron caseta light switches is that they don't require a neutral wire and they wire up just like your old switches and if you wire the hot and load wire backwards it won't matter. Which makes them easier to install.

So on the left you would wire the new lutron switch with the red wire and black wire. On the right you would wire the two black wires to the new switch. And both new light switches should have their grounds properly terminated which it looks like you have done in the original installation.

I found this smart light switch installation guide: helpful with videos that show you how to install the lutron caseta style light switches with no neutral.

Disclaimer: I don't work for lutron but in this situation I think it's good solution for a DIY fix to the current wiring situation with the information provided. See comments below for more details.