I've got a circular saw that has been responsible for damaging a total of three extension leads. Not in the typical sharp bit cutting the cable you may have expected.

I've had the saw for a year and use it infrequently. The first extension lead was a few months ago and I assumed was just time for the extension lead to give in. Then this week it killed another, so I tried a third lead which did the same thing (and confirmed a likely correlation). Each time there is no catastrophic failure, the saw simply stops receiving power.

It seems the saw is overloading the extension lead and frying it in some way. The saw still works when connected directly to the mains. However the leads although 'surge protected' seem to be incapacitated. Two of them have a trip button which doesn't seem to have revived them. There are no obvious physical signs that the extension leads are broken, they just no longer supply power to any devices in any of the sockets.

The saw itself was bought here

and the third was similar to this

What could be causing this?

You'd have to check the rating of the saw, but I suspect for the cheap power strip, it's just a matter of being cheap.

However, for the coiled up spools, it's a different matter.

You know in the 1940s when America helped out? One of our electricians must have left behind a copy of our Electrical Code.

If a 2 metre power strip would reach the saw, I gather you were only using 2 of the 10 metres of the coiled up cord. That meant 8 metres on the spool. Figure 160mm spool diameter times pi is 500mm, so 2 coils per metre or 16 coils. Each side of the coil has 16 cables or 32 active conductors. 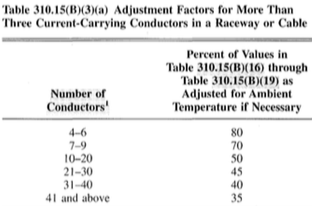 So 32 conductors calls for a 40% derate... The spool is rated 10A. Derate that to 40% and you have 4 amps before you start overheating wires. Wow, that‘s kind of a stupid product, isn't it?

I'm guessing your saw is a fair bit bigger than 4 amps. (You'd have to check).

The proof of the pudding is to unspool all 10 metres of wire and search it for thermal damage. If you can't even unspool all 10m, that means the coils are melted together. That is often the case when coiled electrical cords are used near limit.

Did you unroll or pull out all the cable completely from the reel when using the saw, because if not, there is a large heating effect as well as inductance that might be causing the issue.

Those "cheap" extensions are good for small things...

For large current devices like that saw, I tend to make my own with heavier cable...

Not the answer you're looking for? Browse other questions tagged electrical wiring uk circular-saw extension-cord or ask your own question.