Do I have space in the main panel for a 60 amp double pole breaker?

Completing a workshop in the garage and I've installed a 60 amp sub panel in it for all the garage circuits. I plan on running 6/3 nmd from the main panel to this sub panel (a run of about 15 feet). That all is okay but my problem is I may not have space in the main panel for a 60 amp double pole breaker.

Looking at the attached photos, is there any way I can make space for this new breaker? If not, what are my options? 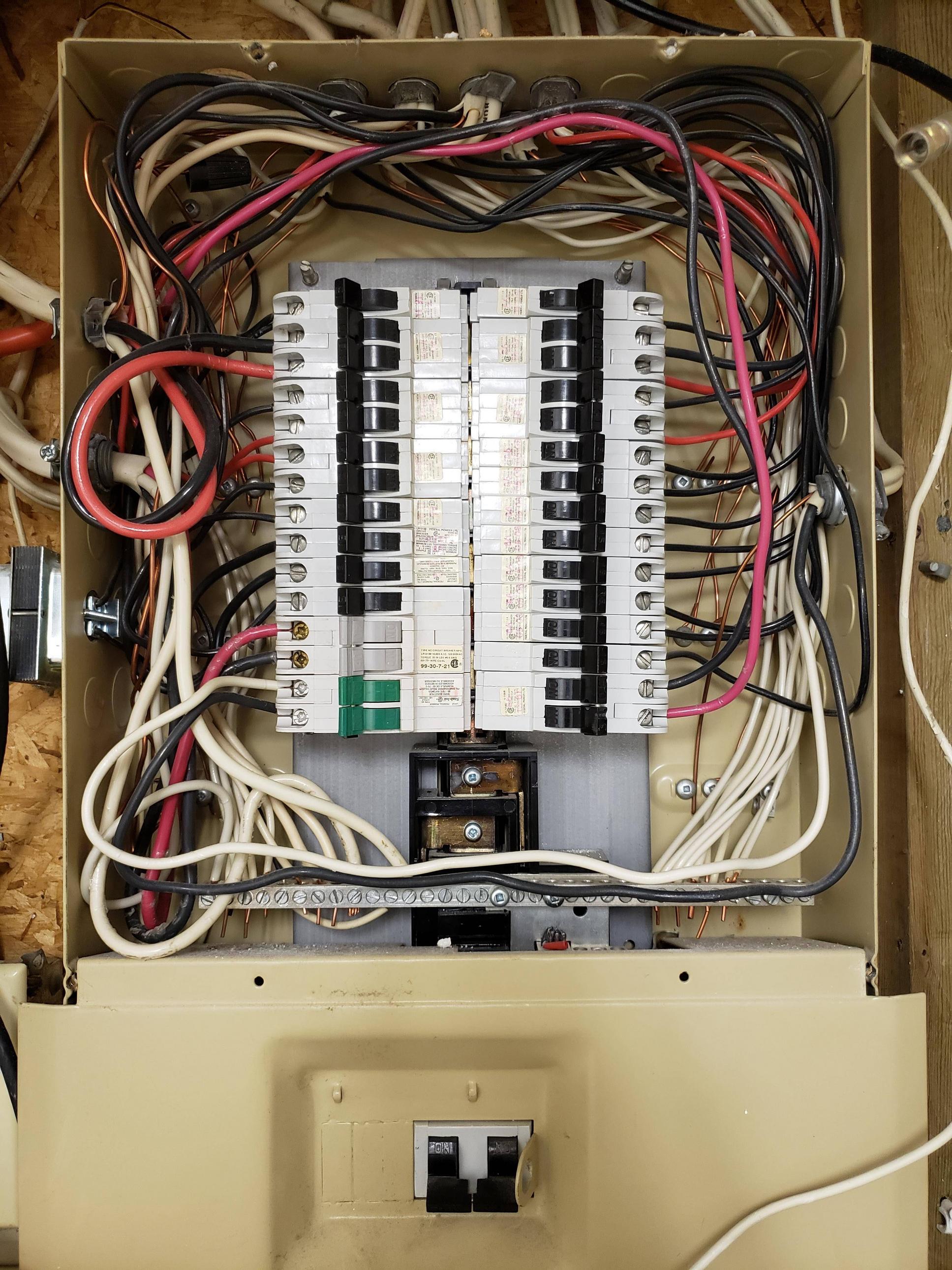 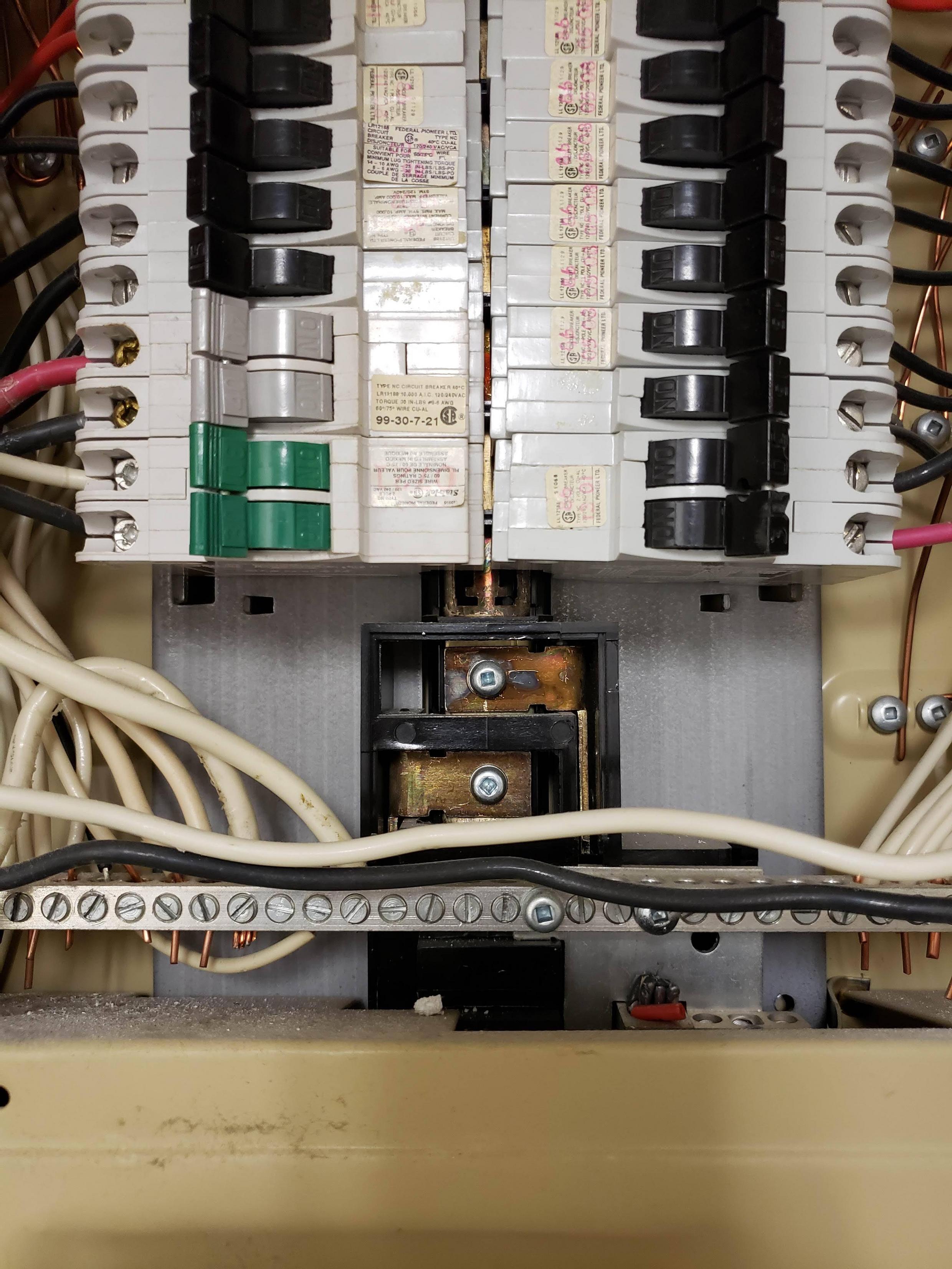 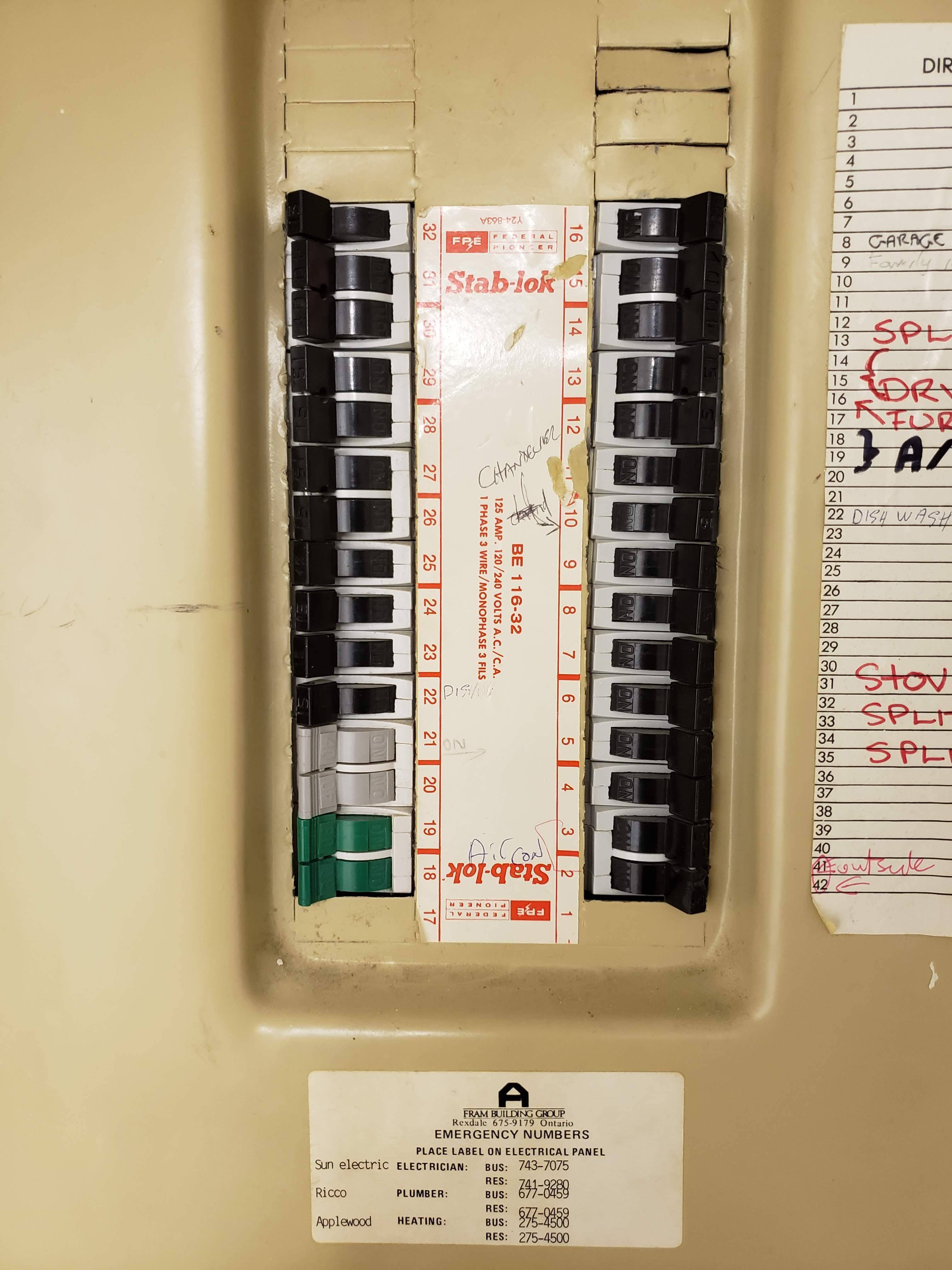 At first blush, this would appear to be a Federal Pacific panel in fairly urgent need of immediate replacement due to known-defective breakers and even bigger issues with the buses themselves (if it was just breakers, those could be swapped, a-la Challenger). However, I see from the sticker that you're in Canada. FPE is a somewhat different deal there. I would still be making plans to replace this panel not least, because it's full, but not quite the same urgency as in the US.

And FPE uses the same "straddle spaces with a 2-pole double-stuff" arrangement as GE does on their Qline panels.

This house seems to have many multi-wire branch circuits where 2 hots share a neutral. It is absolutely vital these be positioned correctly. Specifically, they must be right next to each other, and straddling two spaces - they must be on opposite poles, and there must be 240V between the two hots. And the handles should be tied, but good luck finding a handle tie for a Stab-Lok!

So for each 120V circuit you are thinking of moving, follow the hot back to the cable where it enters the box. Make sure the hot, neutral and ground are the only wires in the cable. If it's not that way, don't move it!

So, with all that in mind, you can identify some 120V-only (not MWBC) breakers fit for moving to the 2 free spaces at the very bottom. (1 and 17). Choose breakers so the hole you are leaving straddles a red line.

Then you can just drop a 60A double-stuff 2-pole FPE breaker (if that exists?) into the empty space.

The ordinary generic answer for a short sub-panel run would be to relocate two 120V breakers or 1 240 V breaker to the sub-panel, sized appropriately for those additional loads.

But you have a FPE Stab-Lok panel, so you should replace it before it catches on fire, and when you do, buy enough spaces in that new main panel.

The house you save will be your own. One of many stories:

30
Should all Federal Pacific panels be replaced?

3
Can I add a sub-panel near the main disconnect outside my house?
5
Need advice on connecting 100 amp sub-panel to 200 amp main panel
3
I need to add a subpanel for my electric car, need to know wire gauge/breaker for main
4
Where should I connect the green ground wire in main panel next to meter?
1
Main Breaker Panel or Main Lug Panel for Sub-panel in Attached-Detached Garage
4
Advice on installing an attached garage 50A sub panel
0
Should I Install a sub-panel, IN PLACE OF of an unused hot tub disconnect, for a basement project, and will I need to change the main breaker?
0
Direct Burial Wire for 200 Amp Sub Panel from 200 Amp Main