Is this a properly done aggregate courtyard

A restoration company came out to repair our aggregate courtyard that they damaged while working on our home at their cost (which they should). We also had them extend the courtyard up to the front door because the original home had a different pea gravel finish from the courtyard and didn’t look right. The portion of the porch we had agreed to pay extra for them to do but haven't paid them yet and I question whether this whole project was done right. 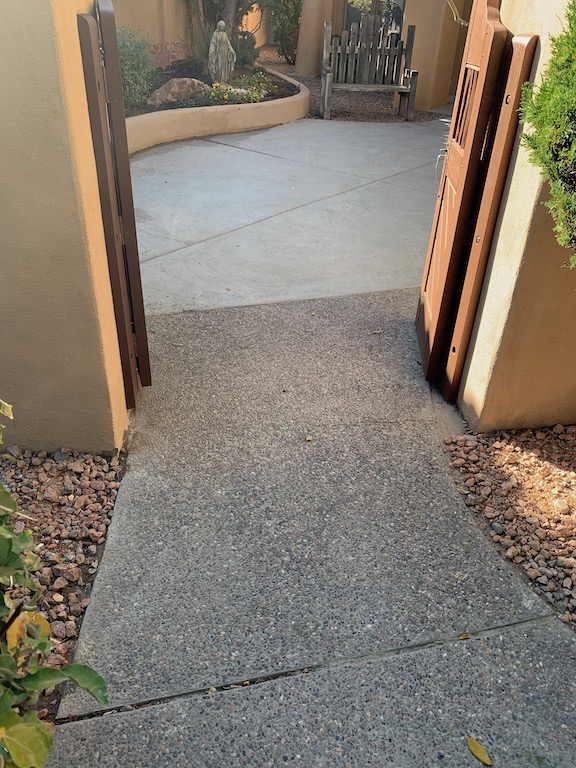 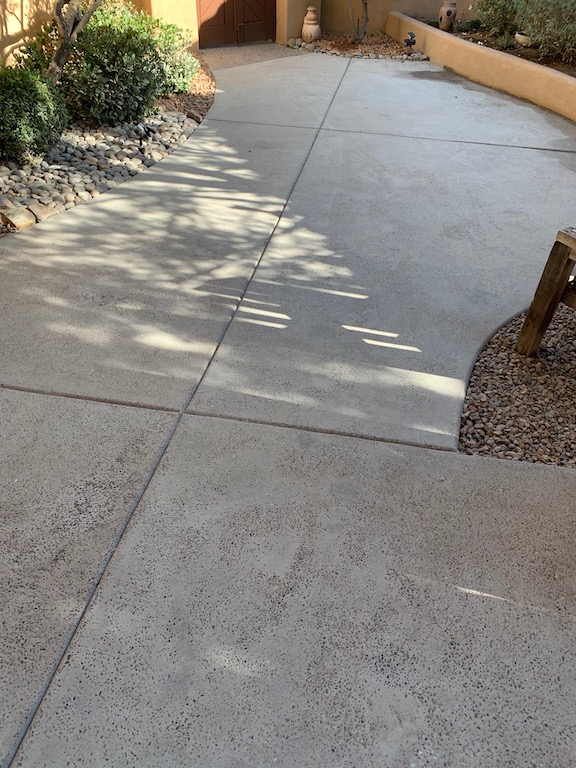 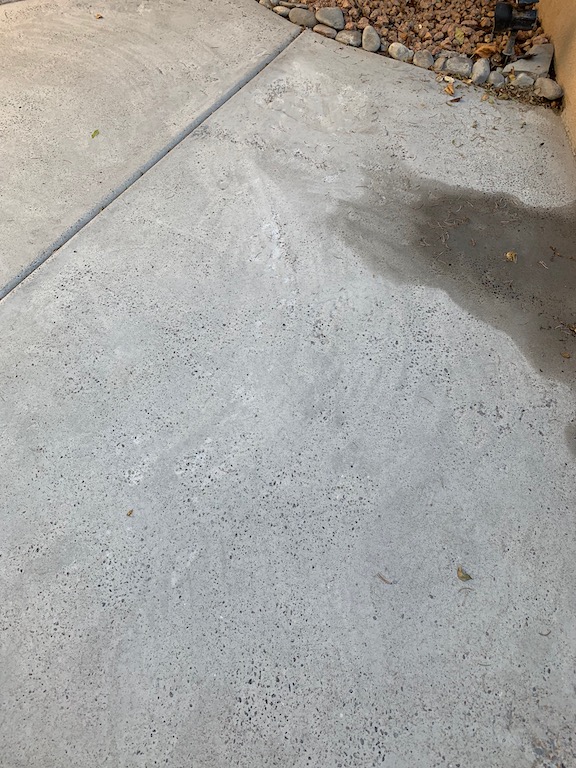 The existing courtyard was ~20 years old so I don’t have the expectation that they could make it exactly match but this doesn’t even look close. Ideally I thought there would be more stones showing. When I asked one of the workers he said it was because they didn’t put on the retardier right away and that they had waiting 2 hours to spray it. He said the new stuff they used no one read the directions or used before and realized it needed to be added right after the courtyard was poured. They did cover the concrete with plastic after they were done and the temperature here in NM was in the 90s during the day. I watched what they were doing off and on and it seemed like stuff I had read on how to do aggregate. They poured it, treated it with retarder, covered it with plastic and then the next day basically they tried to pressure washer the cream to see stones and it didn’t really come off. Nothing really came off. So then they were forced to use grinders, water and brooms for the next 4 days to even make some of the stones show. I am including some pictures. The one with two different types of aggregate is the existing and the new.

Since I don’t have any comparison of what a new one looked like or if anything these guys are telling me is accurate or true, I wanted to see what people think and if some unbiased experts can weigh in. Thank you.

I think they totally messed it up if the plan was to match that first picture. I've watch contractors install Chattahoochee patios, which are similar and they have to add the stone right after pouring and smoothing the slab. They might be able to do an acid wash to remove some of the concrete and give you what you paid for.

I agree that it's not a match, old vs new. And wether they did it right is a hard call unless you have pictures to provide their process. I've seen poured concrete with for walkways which are as shallows as 2" thick. I wouldn't accept anything shallower.

One thing to consider, if you like the exposed aggregate look is epoxy stone. It looks really good over damaged concrete or used as new installations over new concrete as well... Here's some that I did at my place..

I learned how to do it myself and also combined in with cultured stone when doing steps..

The walkways are exposed aggregate and the courtyard is not right. I have done many exposed jobs over the years and a retarder is not needed but you don’t wait until the next day either. Most jobs I use additional rock sprinkled on top and worked in yours appears to have salt & pepper (black and white rocks) and the new pour was just plain concrete. You can expose regular concrete but it doesn’t look as nice. I have used all kinds of different colors including glow stones and never had a job that looked half finished as this looks to me.

Not the answer you're looking for? Browse other questions tagged concrete patio or ask your own question.

1
Any advantages on making paver stones vs laying a cement bed and cutting the joints?
1
Concrete driveway cured too soon and surface cement washed away
2
Brand New French Doors Installed By Contractor.. Leaks same day. Is this normal?
0
Stamped concrete possibly put solvent sealer over water based sealer. What to do now?
25
Is it normal to use a grinder to finish a new driveway?
1
How to fix out of level foundation walls