tl/dr: It seems a finicky blender killed my outlet - My blender initially turns on but then stops after a moment, and won't turn back on. I plugged a night light into one plug and it turns on initially but then turns off once inserted fully. The night light works fine in the other plug. The blender doesn't work properly in either plug. Do I just need to replace my outlet?

I had some trouble with my blender: I accidentally broke part of the lid, and it is one of those blenders that has built in "catches" to make sure it doesn't run without the lid on correctly. I already had my food in so I attempted (with some success) to continue blending anyway. However, the blender was finicky and kept turning off despite my efforts. Eventually it stopped turning on altogether. I figured the blender just didn't appreciate my efforts and switched blenders (the other one wasn't ideal for my meal, which is why I didn't try it sooner).

A bit later I realized that, in fact, the whole outlet was acting wonky. Namely, the other blender also had trouble with it. It initially turned on, but then stopped turning on too. I moved a few feet to the next outlet and the new blender worked fine.

I'm guessing that the blender turned on/off a little to quickly for the outlet and damaged it in some way. My presumption is that I just need to replace the outlet, which I have done before. However, I'm always very cautious about electrical issues and will happily get an electrician if there is any sign that there is more to this issue than it seems. So, my questions (the first one is the only one I need answered):

And because a picture is worth 1000 words: 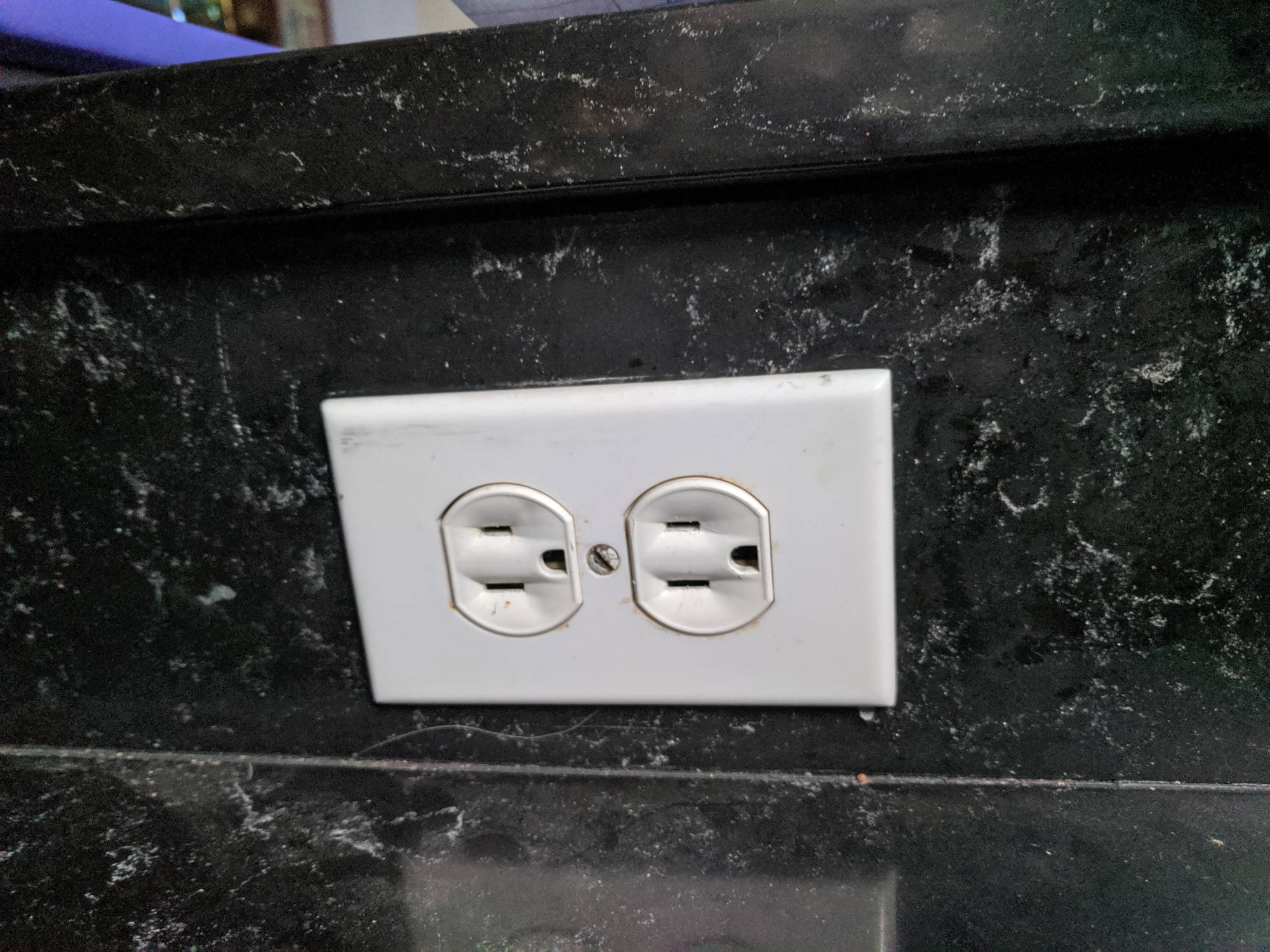 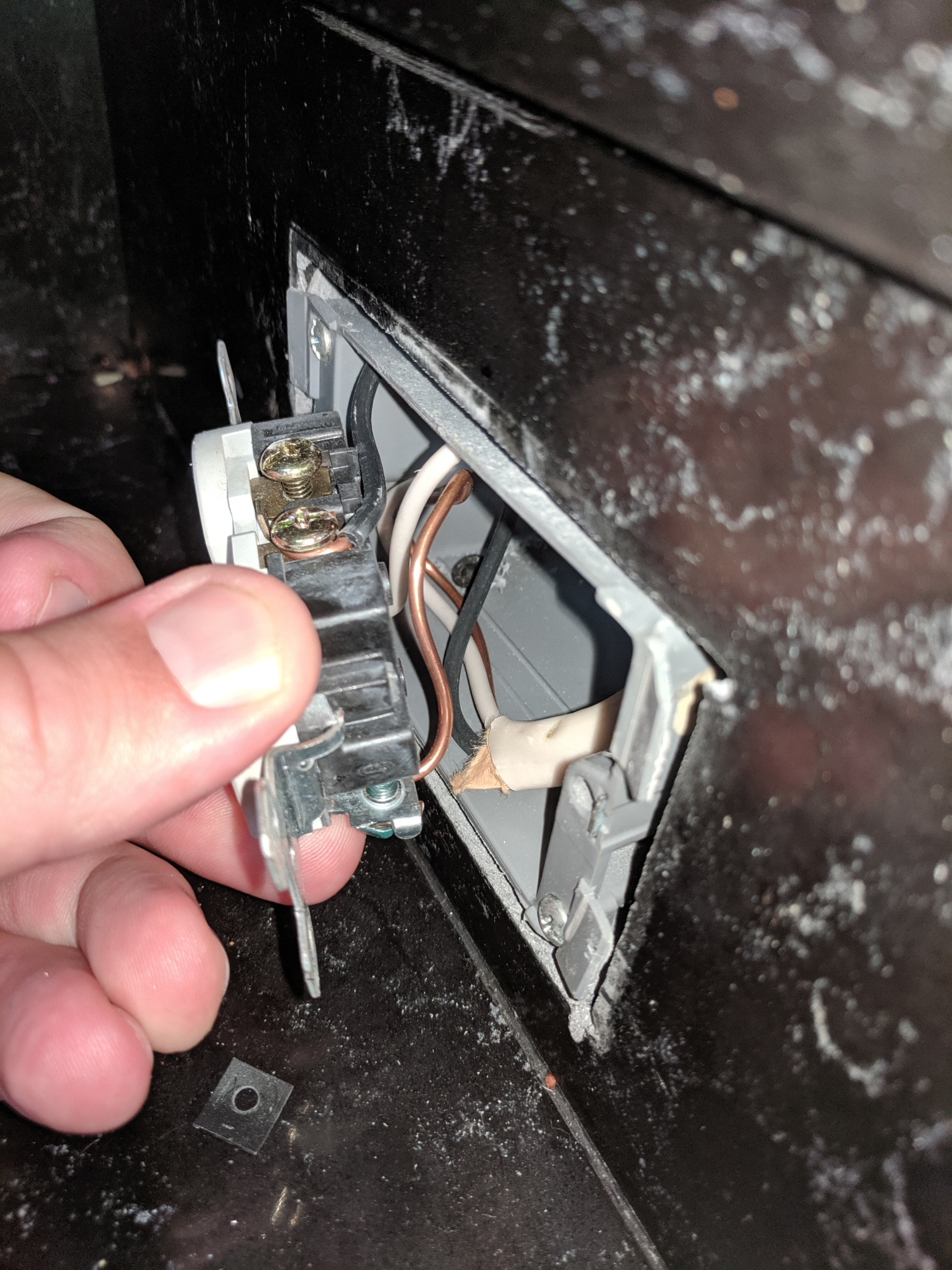 That one may be a builders grade .99 special get a spec grade for 3$ they are heavier and you won’t have the problem any longer. In past positions I had to test outlets (hospital electrician) now they use hospital grade outlets crazy expensive but they last longer and have a higher withdraw force than new .99 specials, the spec grade have very similar withdraw rates as the hospital grade. I mention the 3 basic grades because they all wear out but the cheap builders grade fail much sooner than the other 2. You know the blender is good it works in another outlet, get a new quality outlet, turn the power off and replace it.

Did you check your circuit breakers to see if a circuit has tripped...? Yes indeed, receptacles ( outlets can go bad, wiring in them can come loose and well as others things.) First: Check your circuit breakers, see if any are tripped. If not... Approach with the utmost cation if you intend to remove that outlet.. FIND ( if you can ) that outlet breaker if no breakers are tripped.. and pull out that outlet...Replace if cracked or it can no longer hold a plug.

Not the answer you're looking for? Browse other questions tagged electrical receptacle kitchens or ask your own question.

1
House receptacle/s with 120 vac but nothing works in them
1
after using blender, all outlets in kitchen stopped working and now devices connected to them flicker on and off
0
Two outlet stopped working after turning on electronic cauterization device
0
Replacing 4-wire outlet and didn't label the order -- does it matter?
1
Electric outlet not working
1
Dual Purpose breaker (Eaton type BR Combination AFCI/GFCI) trips when starting blender or vacuum
0
Help diagnosing power outlet that sometimes works
3
No power after replacing GFCI outlet