My plan is to run 240 volt 100 AMP power to detached garage. I have 200 AMP Panel in basement of house. Main question is wiring for the run. 50 feet of the run will be in house crawl space/basement. 50 feet will need to be buried 24" in ground. Can I run direct buried cable for the whole distance if so what size wire? Or should I install PVC conduit and pull individual wires and if so what size wire to pull? I would prefer aluminium wire for the cost savings. 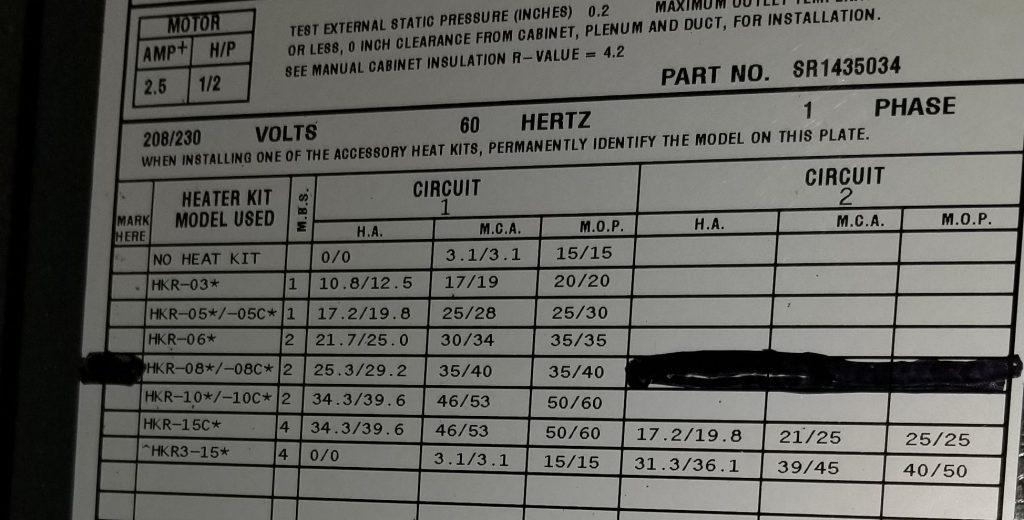 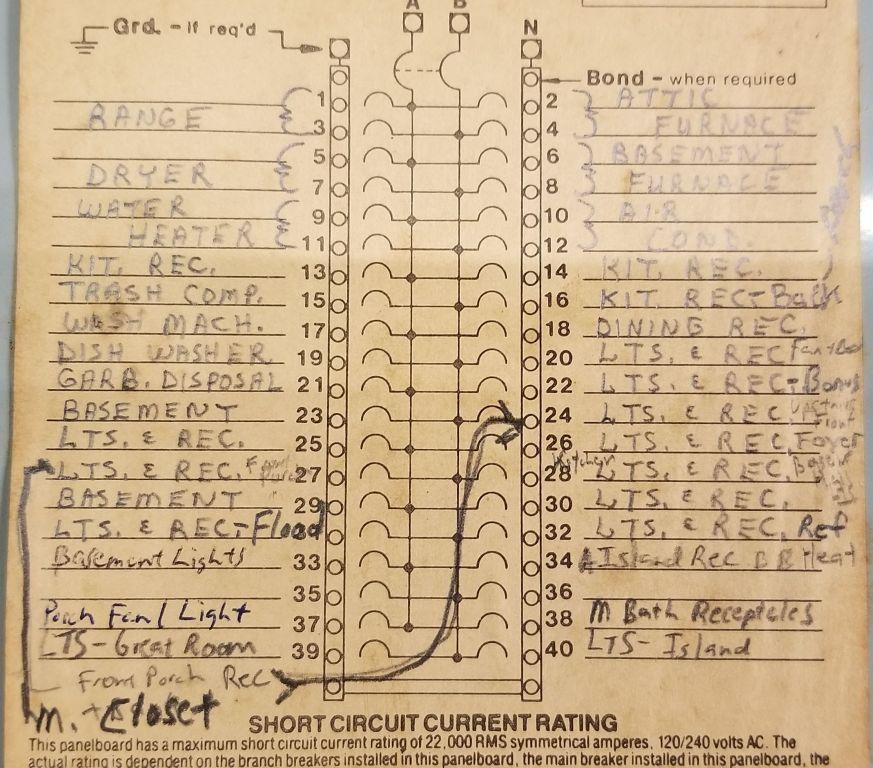 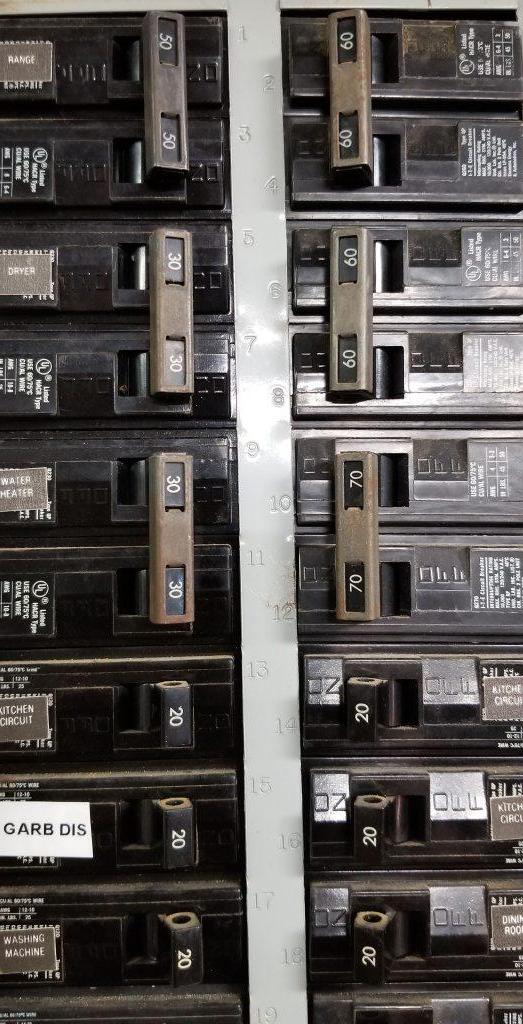 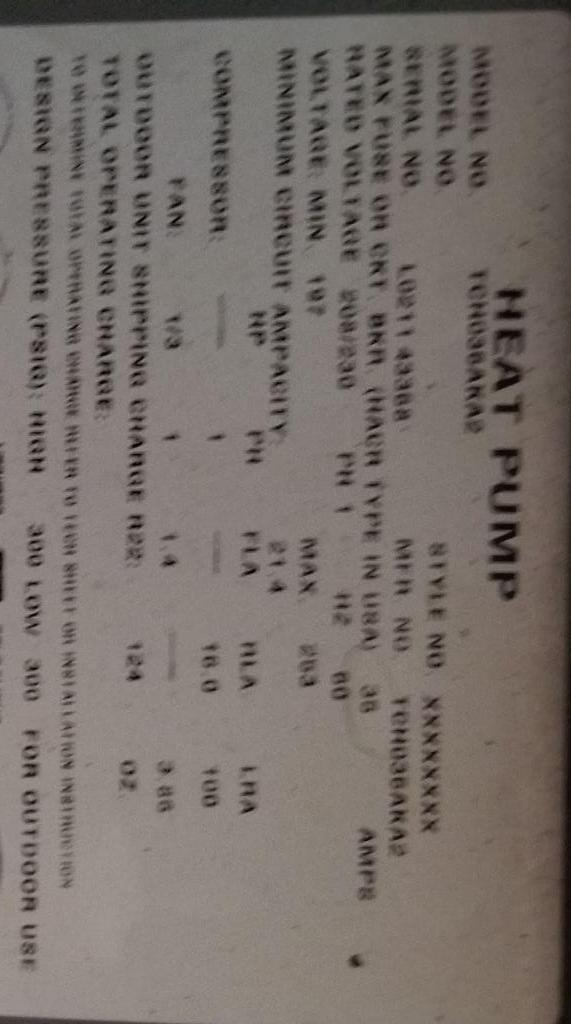 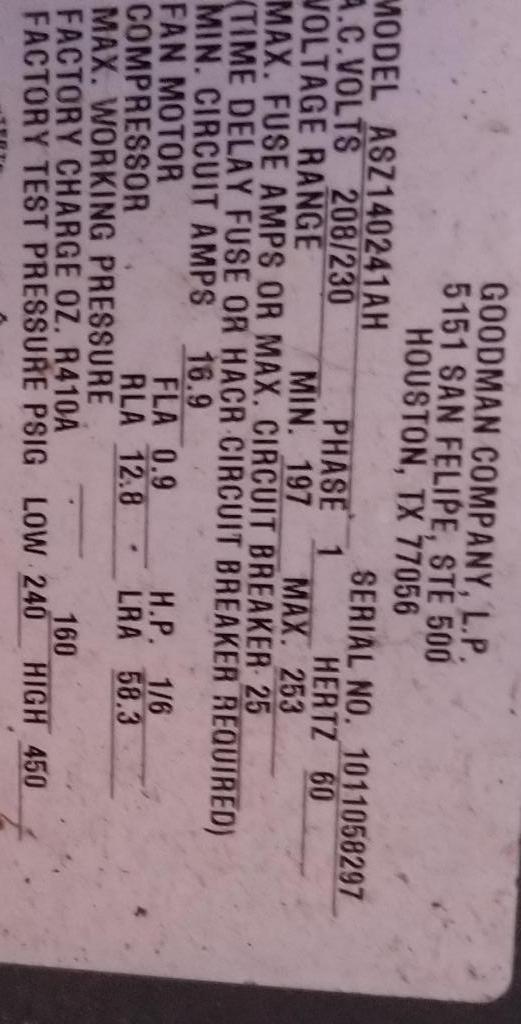 Your existing panel is listed and labeled as a Circuit Total Limiting panelboard, which means that it can only use double-stuff/tandem breakers in spaces that are marked and designed to accept such. However, the label on your panel designates no spaces as usable with tandem breakers, only standard breaker poles, rendering your panel-stuffing plans a violation of the panel's listing, and thus of NEC 110.3. Furthermore, space 34 already has a tandem breaker in it, which means that your panel is overflowing right now!

This means that you'll need to change out your main panel for a 42-space, 225A, main breaker loadcenter, at minimum, in order to do this; a 54- or 60-space panel such as the Siemens P5470B1225CU would be my recommendation, even, given that you already are up to 43 spaces' worth of breakers and how useless double-stuff breakers are in this day and age. The reason for the 225A panel (vs. 200A) is explained below, by the way.

Applying NEC 220.83 to your current situation, consisting of:

This forces us to bump the service to 225A to have enough headroom for the new garage. This requires a pigtail of 250kcmil Al to be added at each end of the existing service-entrance wiring (connected using Al9Cu Polaris connectors) to allow the existing wiring to run at 90°C and thus have sufficient ampacity for a 225A service, as well as a 225A panel, such as the one proposed above.

Wedging the garage in there

Now we can move onto the garage, which consists of:

By itself, the garage draws 8568VA, or 35.7A at 240V. However, we can apply the 40% demand factor from 220.83 to the receptacle loads in the garage, meaning that the garage only adds 4752VA, or 19.8A at 240V, to the service load. (The RV receptacle, which would otherwise put you over even with the bump to 225A, is being treated as a non-coincident load with the rest of the garage loads as permitted by NEC 220.60 given that I doubt you'll be working on stuff in the garage while you have guests over at your house :)

...and getting it hooked up

Once the panel is replaced, getting the garage hooked up is the easy half of the enterprise. I would use 1.5" schedule 80 PVC for the entire run; in the basement/crawlspace, you can strap it to the bottom of the joists with an expansion joint in-line with the run to keep it from doing the worm on you, and then just transition it directly to the outside run with a pair of 45° sweeps to bring it down to burial depth (24" is fine) and 90° sweeps at each end to bring it into the panels. Inside this conduit, you'll be running 3 1AWG Al XHHW-2 conductors along with an 8AWG bare copper ground; this takes up nowhere near the fill space availabe in the conduit at 270mm2 used vs. 442mm2 available while providing a fully rated 100A feeder to the garage.

At the house end, a Q2100 is indeed the correct breaker choice for the job provided that the replacement house panel is Siemens as well, while I would in fact take the old 200A panel that got obsoleted by the house panel upgrade and put it in the garage; the main breaker is needed to serve as a local shutoff for power to the garage (and nothing more), while 40 spaces should be more than enough for even the most extravagant garage plans. If you wish to buy a new panel for the garage, the minimum I would get is a 100 or 125A, main breaker, 24-space panel, with a larger panel than the minimum highly recommended.

Of course, when making all these connections, you'll need to use an inch-pound torque wrench and/or torque screwdriver in order to meet the tightening torque requirements of 2017 NEC 110.14(D). Even if your AHJ has not adopted the 2017 NEC, you'll want to do this anyway, lest your electrical system lose you the race!

A different slant on that panel.

First, at 110A you have enough emergency heat for a Connecticut Yankee. Typically all-electric houses with that much emergency heat are supplied by "320"/400A service, powering dual side-by-side 200A panelboards.

That is one way to go. Leave this panel right where it is, and lay another panel right next to it, and have the power company provision 320/400A service.

Another way to go is downsize that emergency heat. For that you'd need to talk to the manufacturer about whether the coils could be split or reduced. One extreme way to reduce them is power them with 120V instead of 240V with a breaker of half the ampacity, however this would reduce their power by 75%, which might be too much to be effective in a cold snap. Or not, an HVAC expert in your area would know.

However, downsizing the emergency heat will free up 0 or at most 2 spaces in the panel, and 1 is needed to de-double-stuff the existing double-stuff. So you will need a subpanel. Let's revisit the "2 panels next to each other/400A service" concept, and put the subpanel exactly where the 2nd panel would be in a dual-panel/400A service. That way you can make an easy upgrade to that should the need arise. (Which it's pretty close to arising now!)

And in fact use a panel with a 200A main breaker, or that can fit one. (Main breakers are not needed in subpanels in the same building as the main).

I am skittish of changing the main panel, because it is a ton of work and cost, and there isn't really anything wrong with it.

I hardly need to add to other coverage on this. I'm writing this with one purpose: To resonate with ThreePhaseEel that a 24 space is the smallest to even consider, and a 30 space is entirely reasonable. The reason is that spaces are dirt cheap, right now, but they will not be cheap later when you wish you had more spaces - a situation you are experiencing right now in the house.

Not lightly do we spend your money. We are space-crazy because we have seen far too many questions of "my panel is full, now what?" That could have been trivially avoided at panel purchase time. (Your builder is not guilty of this; he got the largest panel possible at the time. Your in-the-house needs simply exceed any 40 space panel, to say nothing of the garage.

Each Space in a panel has a bus "stab" blade that it shares with the breaker to its left or right. So for instance Space 1/2 share a stab. Note the breakers are 50A and 60A, meaning that stab is carrying 110A. You can also see where stabs 5/6 are carrying 90A and stabs 9/10 are carrying 100A. You get the idea.

This is a very common situation when the electrician decides to stuff all the 2-pole breakers at the top of the panel, as if it were a "rule of six" panel or something.

Stabs have limits, stated on the panel label, of around 125A give or take. I don't like to push it.

This is why I vastly prefer to run the big breakers down one side of the panel, and have plain 120V breakers across from them.

The reason I'm saying that is because you're about to add a 100A breaker to this panel, and that has to be across from 15A or 20A breakers, not even a 30A. And if you follow my house-subpanel plan, you may be adding another 100A.

This panel is not listed for double-stuffs. So the one you have in there has to go. Not only that, you'll need to free up 2 more spaces for the garage sub, that is why I recommend a subpanel in the house. (Or the dual panel/400A setup).

Sometimes, 2 circuits are wired using a single /3 cable and shared neutral. When this is done, you must be very, very careful with "double-stuff" breakers. The two hot wires must be on opposite poles (fed from adjacent spaces). This assures the neutral only carries difference current and not the sum of currents (which would overload it).

Further, modern Code requires they have a "handle tie" for common maintenance shutoff, and the easiest way to do that is use a 2-pole breaker. For now, the main thing is to make sure the "double-stuffing" done to date hasn't accidentally put any MWBCs in the same space. There must be 240V between the two MWBC hots.

If you have to go digging to lay direct burial cable, might as well run conduit so you can make any future repairs easier. Do not use EMT [thinwall] in the ground as it will rot out prematurely - pvc [sch 80] is cheap/easy to work with but some bends may need some heat applied to form moderate bends, and use long radius 90's where things turn up to make the pull easier. You need 1 1/4" conduit, and don't have more than 360 degrees of bends between pull points. Run 2awg wire [2 for phases and one for neutral] and 8awg for ground. 3awg would work, but sometimes that's a special order/not usually in stock [most cases] Minimum temperature rating for wire needs to be 75c, but if you think you need more headroom for motor loads, go with 90c as starting current adds heat.

The problem is we don’t know your loads or total load for example if you have a max load of 75 amps #2 al wire would provide a voltage drop of 1.83% but if you want to get crazy and have 100 amps available now you are up to 1.73% voltage drop with 1/0 wire. South wire has a nice voltage drop calculator. The only part not intuitive about this is the parallel wire sets change from 0 to 1 (you have to have 1/0 or larger to parallel)

27
What wire gauge do I need for a 100 Amp subpanel at the end of a 60' wire run?
13
What size wire should I use to feed a subpanel in my garage?
0
Will the existing supply wire for my 60A subpanel be adequate for a 100A subpanel?
3
100 AMP garage sub-panel from 200 AMP house
0
What type of wire and load center for subpanel in detached pole garage?
0
Adding a garage subpanel
1
What size wire do I need? 225' run/100 amp subpanel
0
Providing a ground to old 2-wire connection in a detached garage