Do n95 masks provide ANY protection against asbestos? 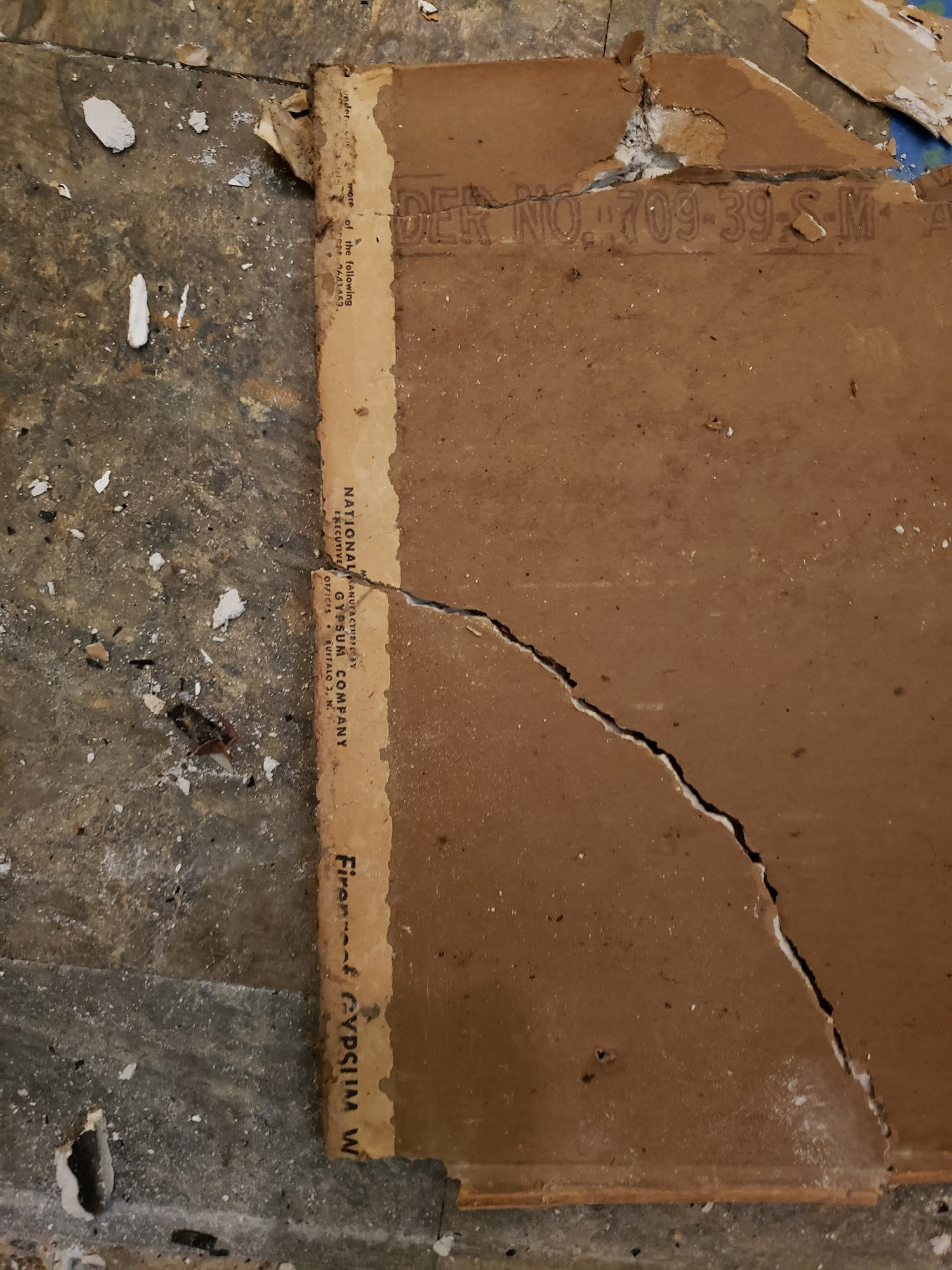 I think you can read between the lines here. i had on a typical n95 mask while doing a little demo. I didn't have raised suspicions about there being asbestos in the walls, as i already researched my home's primary wall material prior and it's not prone to the stuff. But, after removing a few SF of board i noticed a different breed, and the label is "national gypsum company" "fireproof GYPSUM W..." label cuts off. It's the fireproof part that raised my red flag. I bagged what i took off, cleaned the area, and am sending a sample off to a lab for testing.

My throat was a bit dry after the work. don't know if i'm overthinking, but in googling around, pretty much the only thing people will tell you is to not use n95 for asbestos. Great and all, but my question is whether n95 provides ANY protection? Looking at the micron sizes of asbestos and the filter, it would seem it should filter them, so is it catching 95% and obviously for this hazardous material you want that extra 5% covered, or do these fibers penetrate n95 material?

It's asbestos, not kryptonite

It's not that toxic, or it would have never attained its status as a popular material in the first place.

Doctors started noticing that laborers who worked every day in asbestos plants or installing asbestos for 20 years... were having serious lung problems, as well as in some cases lung cancer. The process of identifying this was not fast. However once it was proven that these injuries and cancers were coming from asbestos, the companies who employed these laborers set up trust funds to pay legal claims.

Access to the trust funds requires some documentation, but it's easy work for lawyers. There aren't any great Perry Mason moments in these legal actions; the trust funds are already established. Yet, some lawyers will collect 1/3 "contingency fee". (they're paid if you win).

As such, they blast advertisements 24x7 in their desperate search for asbestos workers who might qualify for the trust fund.

The real carcinogen here is advertisements.

The only reason there's any hysteria at all about asbestos is this carpet bombing of ads frothing people up into thinking asbestos is demon dust. The government decided there was no need for the government to produce calm and reasonable Public Service Announcements; community education "can be left to the private sector".

Anyway, that's why you are gripped with fear. The problem isn't the asbestos, it's the level of inherent faith you place in commercial advertising, without even realizing it. It is simply impossible for reason to be heard against the onslaught of adverts.

The fact is, incidental exposure (a day or two in a lifetime) to material that probably doesn't even have a high concentration of asbestos, is such a low risk as to be effectively zero. Ordinary masks are sufficient to manage that risk.

Meanwhile you have the government trying to communicate to employers (read: cheap and old fashioned) and off-the-curb, never-see-em-again day-labor employees (read: non-English speakers) how to protect themselves from daily, career-long occupational exposure to asbestos, so we don't get any new cases. Their advice is to use tip-top gear, because that adds up when you do it everyday for years. In that context, true, you want better than N95, but the way they communicate that to cheap employers is "N95 masks don't work".

Which is not true at all, in your incidental case. You are much better off having used that mask, mainly due to other risks.

So if you want to be part of the mesothelioma moral panic, just keep in mind negative thoughts are far more carcinogenic than whatever got through that mask.

One other thing: Gypsum is fireproof. Drywall is gypsum and drywall is used for firestops.

According to CAL/OSHA the N-95 does not provide protection against asbestos.

Q: What is an N95 mask? A: An N95 mask is a disposable filtering facepiece respirator with two straps. When worn properly (with the mask making a tight seal with the user’s face), it can protect against hazardous airborne particles. N95 masks do not protect against gases, vapors or asbestos, and they do not provide oxygen. The “N” designation means the mask is not resistant to the effects of oil mists. For instruction on using filtering facepieces, see Using Disposable Respirators in English and Spanish.

Just understand, asbestos is not the only material that deserves the reputation for generating lung cancer.

Believe it or not, repeated exposure to Pottery dust particles is another good one for causing cancer after 15-25years.

The problem has nothing to do with the asbestos material...it's the size of dust particles that you should worry about. Any dust particle below a certain size that can become embedded into lung tissue potentially can cause lung irritation and this irritation turn cancerous.

Not the answer you're looking for? Browse other questions tagged asbestos or ask your own question.

1
Do p2 resperatiors provied any protection against asbestos

3
Do HEPA or P-100 filtered respirators sufficiently protect against asbestos?
0
Protection from an asbestos wall
0
What is this material? Could this be containing asbestos or any other harmful material?