I have an old (c. 1950) wooden screen door that I need to remove so that I can replace the screen. I think it's probably made by Pella (The original owner of the house was an executive for Pella) but it has no markings or ID plates, etc.

The rollers don't seem to retract into the frame at all. There are screws in the corners of the door. I thought that if I loosened them that the rollers would retract, but apparently, those screws are holding the wooden door together.

I can't figure out how to get the door frame out of the track. I tried contacting Pella directly, but...no love. 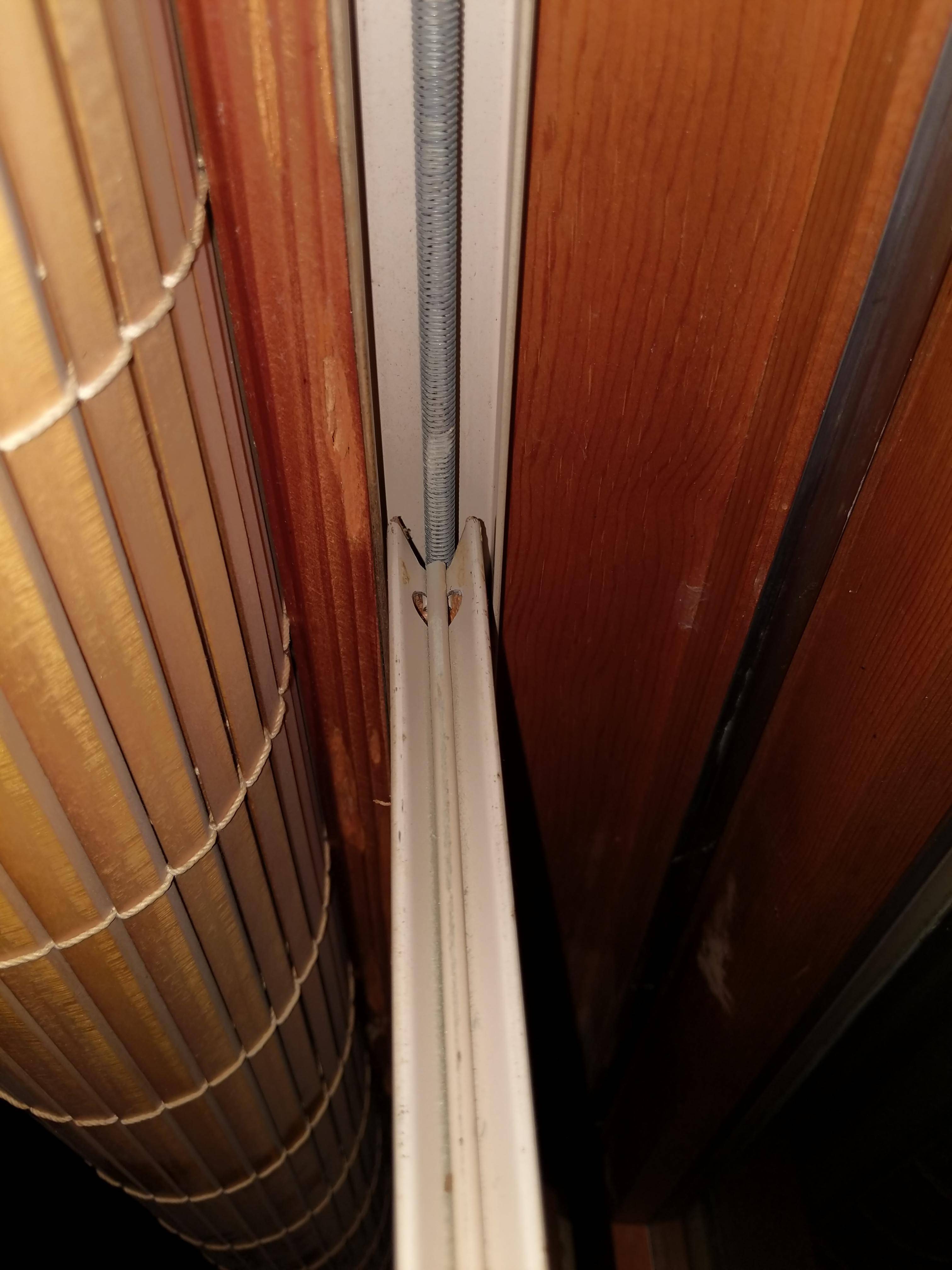 This is the top corner of the leading edge of the door. Shows a screw hole behind weatherstrip and the spring mentioned that pulls the door closed...bottom corner is similar. No spring at bottom. 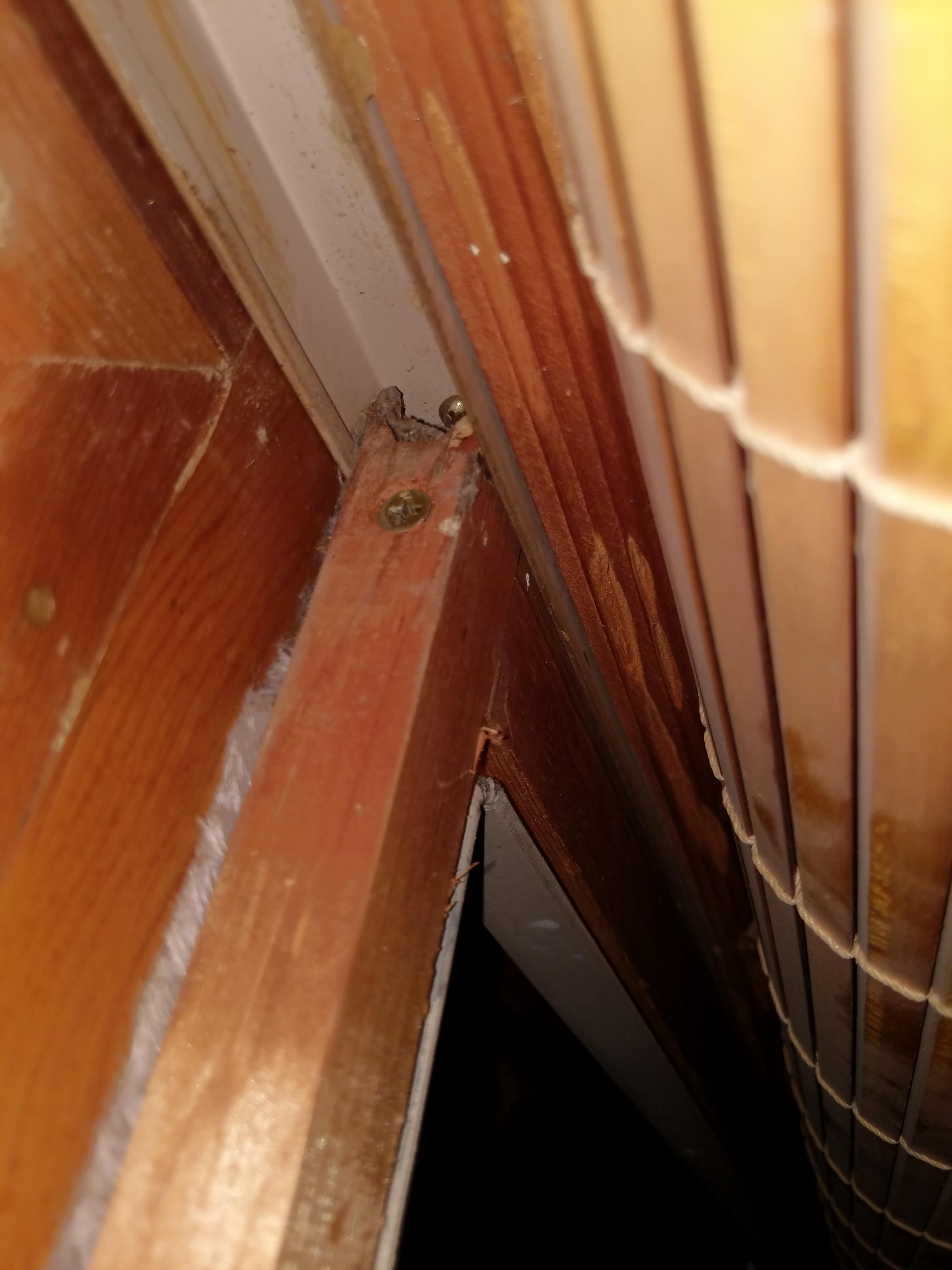 This is the top corner of the trailing edge of the door. (Bottom is identical.) Shows the track at the top and one of the screws which I thought was to move the rollers, but turns out it's structural and holding the door frame together. 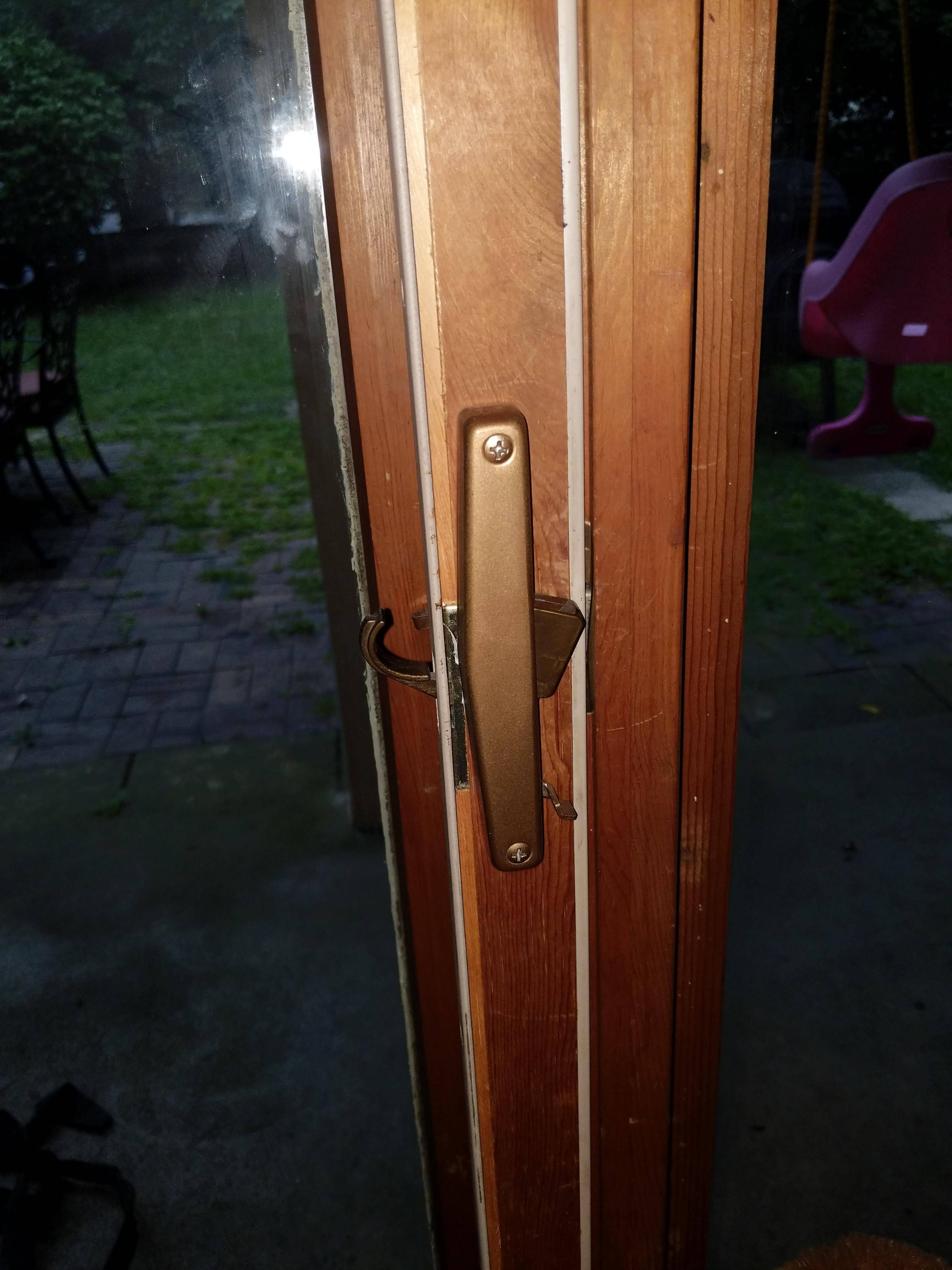 Here's a shot of the interior handle/latch. Perhaps would help to identify the manufacturer or something.....

I have repaired a few screen sliders in the past several you just lifted the screen to the top and pull out at the bottom to remove. My current house the slider takes 2 people to remove lifting the screen the wheels do not clear the track a 2nd person is needed with a screwdriver to lift the wheels pull that side out then the other as they are spring loaded. This is the only way I have found to remove this slider so I could replace the screen. Make sure when you put the new screen in the door is square or it won’t seal properly. I usually measure diagonally corner to corner and make sure they are the same, I made that mistake in my youth and I had to get another screen.

You mention that the upper track has no removable screws. Does the bottom track? If neither track is removable, you may need to remove the finish trim surrounding the lower (or maybe upper) track to see if there's a hidden bracket beneath that holds the track in place.

If one (or both) of the tracks does not run the entire span but comes in two parts (half for the fixed pane and half for the moving pane, with a split in the track between the two, probably at the center of the top track), it's possible that one of these half tracks can be removed. Maybe you can detach the bumper that prevents the moving door from opening fully, allowing it to open just a little farther and its half track to be removed.

If neither track can be removed, then the door had to be assembled inside the tracks after they were installed. This seems weird, since it'd be difficult to keep the door square within the cavity or install the tracks to be straight and parallel. But on a screen door, this is a possibility. As such, the screen had to be installed after the moving door went in.

Not the answer you're looking for? Browse other questions tagged screens sliding-glass-door or ask your own question.