I have a well water pump which I have been operating on a 10KW generator at 220V. Lately, the generator has been having problems so I need to power the pump on my local electrical grid while the generator is fixed. However, the electricity fluctuates between 140-200V, so I got a transformer to keep it at 220V, which is working well for my house.

However, when I connected my pump, the volt dropped and fluctuated between 100-110V (I read it on the pump dashboard), and no water came up. Does anybody have an idea on fixing this? Note that the pump uses 13 Amps of electricity, and I have no other options available.

Also, my device is not just a simple transformer. It also acts as a voltage regulator.

This is my transformer. It's produced by a local Syrian company and from what I've been told it's one of the best ones there are: 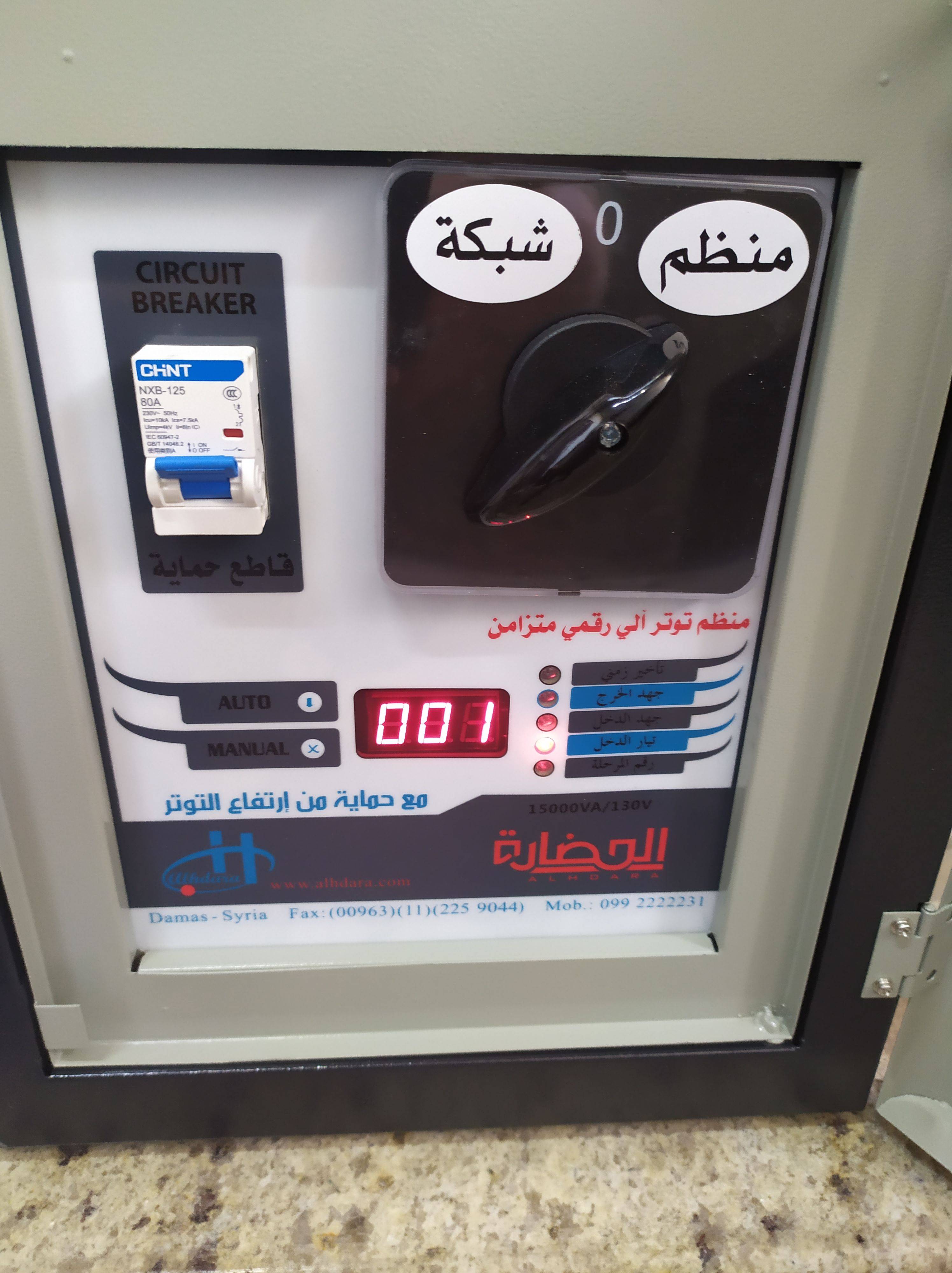 This white cable comes out of the transformer to this, where it is connected to the main power of my house and back. It also has a line leading to the water pump

The big white cable in the center goes to the pump, and in the bottom right corner there is a black cable out of which a blue and red cable are exiting, this is the main power to the house: 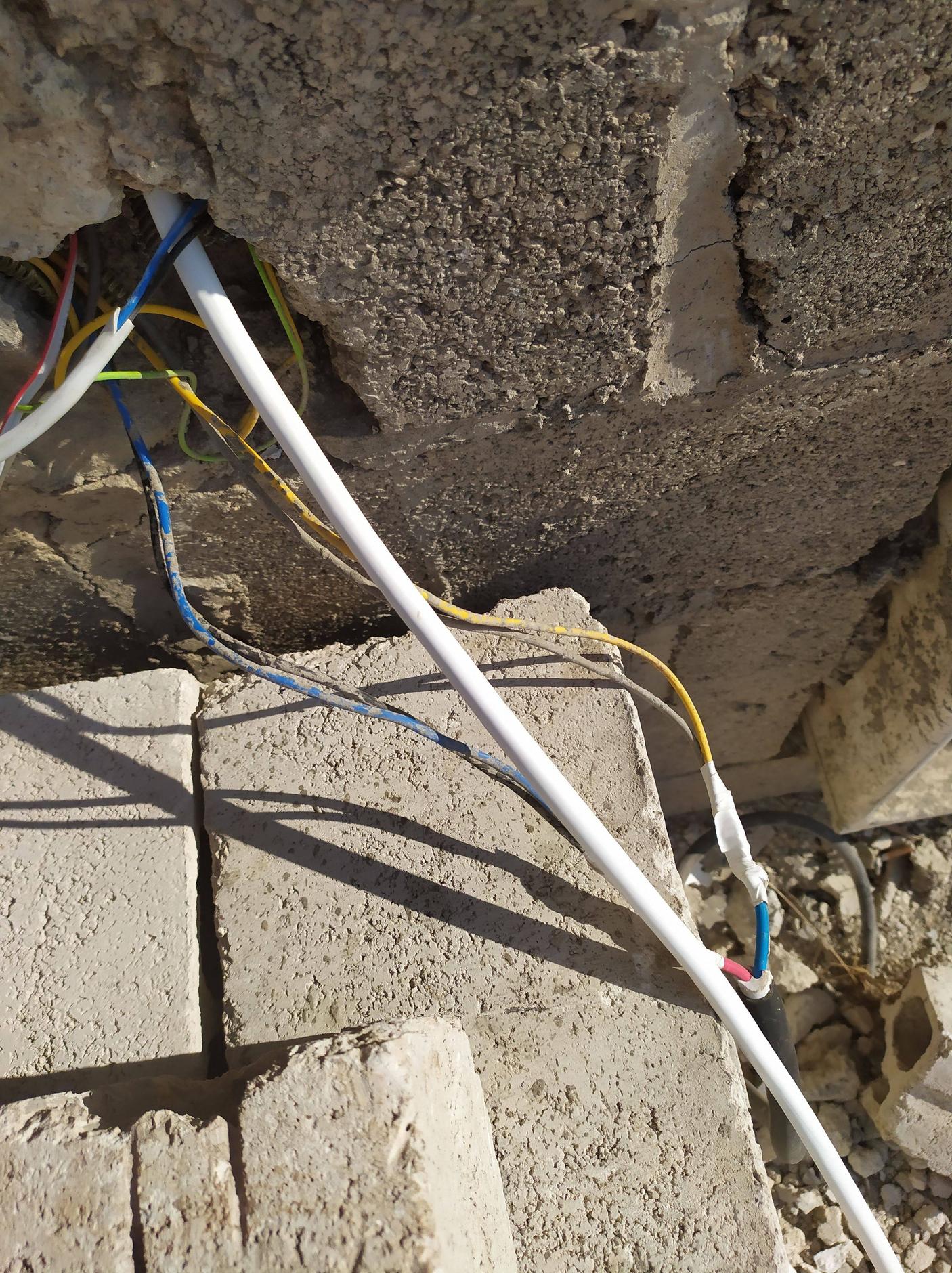 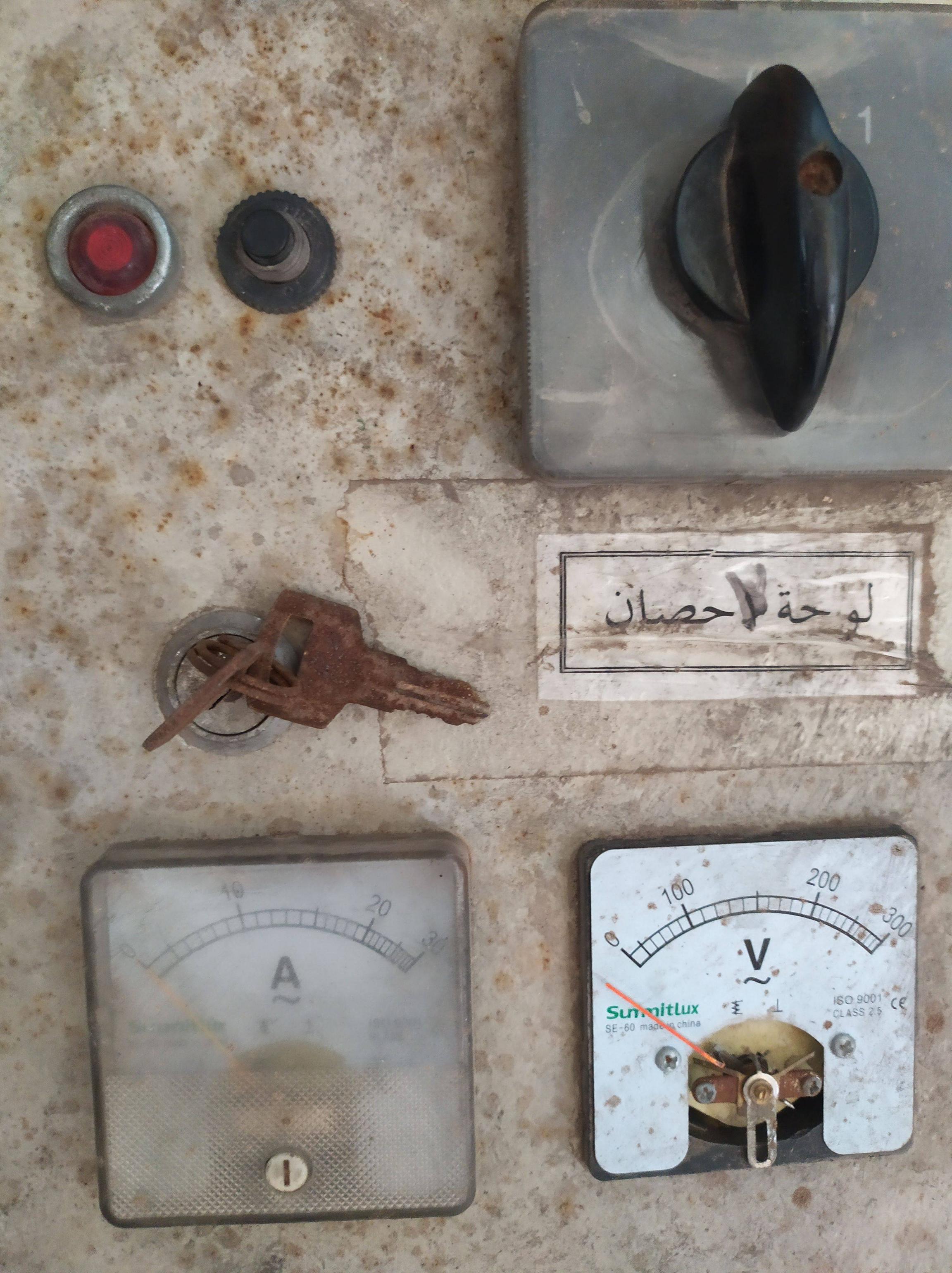 Also, if helpful, the generator which has been operating my pump. It's diesel powered and produces 10 Kilowatts: 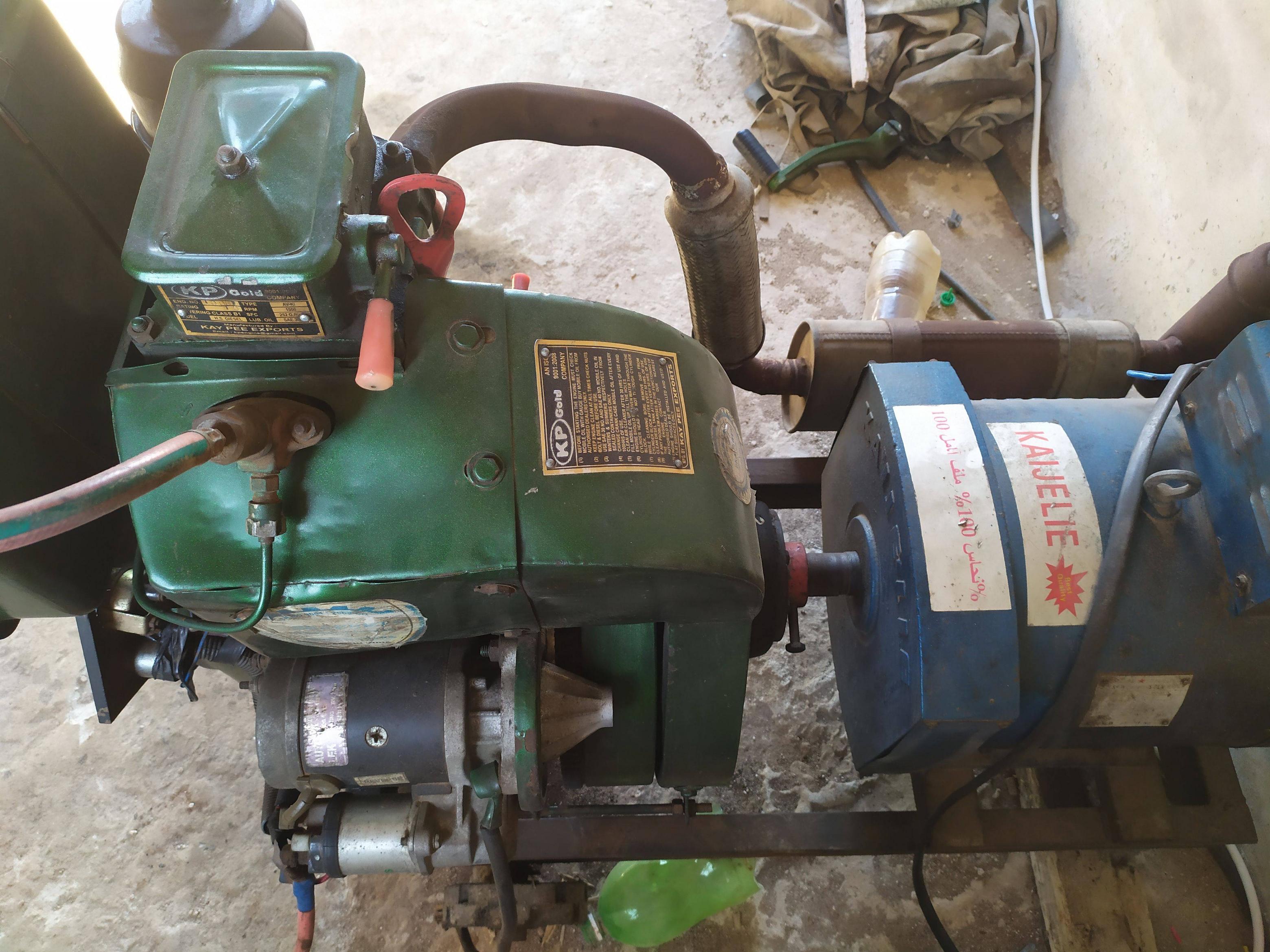 My pump is the submersible type, and is approximately 200 meters underground in the well

A dramatic sag like that, when you add a big load, is due to one of two things. We'll look at them individually.

Voltage drop is caused by resistance in your wires and connections. Resistance is normal for wires, and is a function of their size and their length. Bigger wires have lower resistance, and longer wires have (proportionately) more resistance. Long runs like 30m or longer have significantly more resistance, and can necessitate using a larger wire. Since you know amps, voltage drop can be calculated based on wire size and length; there are calculators all over the web.

It may seem economical to use thinner wire, but over a long distance it can stack to voltage drop of concern.

Connections Are not supposed to add resistance, but a bad connection will. You can spot one because it will be warmer than the wires around it. That is BAD and not normal, and should be fixed at once. Though if that connection is causing a 90 volt drop at 13A, that's 1170 watts which would burn up in a hurry!

This voltage drop is so extreme (and labile) that it might not actually be voltage drop. That has me think it could be a phase balance problem from your supply.

In 5-continent power, which follows Europe's design, power is distributed to the neighborhood in high voltage, and then the neighborhood is supplied 400V 3-phase "wye". Neutral is in the middle, and is tied to earth for the single goal of keeping the three phases only 230V from earth, which is safer. Each house is provided one phase and neutral.

The various houses are randomly given one phase or another, so on average, the three phases are fairly well balanced. Your power use returns via neutral, but it's quickly distributed to other houses if loads are balanced. That's never perfect, and that's why neutral is attached to the supply transformer. This transformer tie forces your voltage to "stay in the middle of the wye" - at 230V regardless of the other loads at your neighbors'.

But what if neutral went away? Then neutral would not stay in the middle. It would drift/float all over the triangle defined by the phases.

Then the three groups of houses on the 3 phases would be like an electrical, Y-shaped "see saw". As one group of houses loaded the circuit more, it would make its own voltage sag, but the other houses' voltage go up. This see-saw action would happen instantly as loads changed. We just had this happen at my complex, and making toast would sag our voltage 20 volts (out of 120).

This, most likely, would be a problem at your utility, probably right at the supply transformer. You can detect it two ways, first by measuring power at your service entrance (thr demarcation point between utility power and your wiring), and second by asking your neighbors if they've seen too-high voltage or had appliances fry on them.

You might be able to follow the wires on the electric poles, and see if you can visually observe which phase your wires are connected to.

The lost neutral problem could only occur at a point common to you and your neighbors, so it is up on the pole and in the responsibility of your utility.

If the problem is voltage drop, then crunch the numbers and see if the voltage drop from your wires will explain it. (If so, what to do about it will be obvious.) If wiring drop does not explain it, then examine each connection - be careful not to burn yourself on a hot connection!

Not the answer you're looking for? Browse other questions tagged electrical water pump well or ask your own question.

7
Can my generator power my deep well water pump?
1
Can I use a pool pump to drain a shallow well?
2
Well water pressure
2
Reduce speed of existing well pump
0
Water pump that will not block water in case of power loss
0
Water pump and inverter
0
Generator size for well pump
1
Found Well in Backyard — How to install pump?