I have a wood cabinet that I am redoing (painting and changing door hardware and removed interior shelving) to use as a TV enclosure in my family room. The house was built in 1940 and has plaster walls. My plan was to mount the cabinet into the wall stud and then mount the TV (20 lbs) to the back of the cabinet which is 1/2 inch VC plywood. However I cannot find a stud in this small section of wall. I’ve read that sometimes small wall sections against a masonry exterior might not have a stud. I’m using a magnetic studfinder (studpop) and I can’t find any stud. What’s an alternative way to do this? 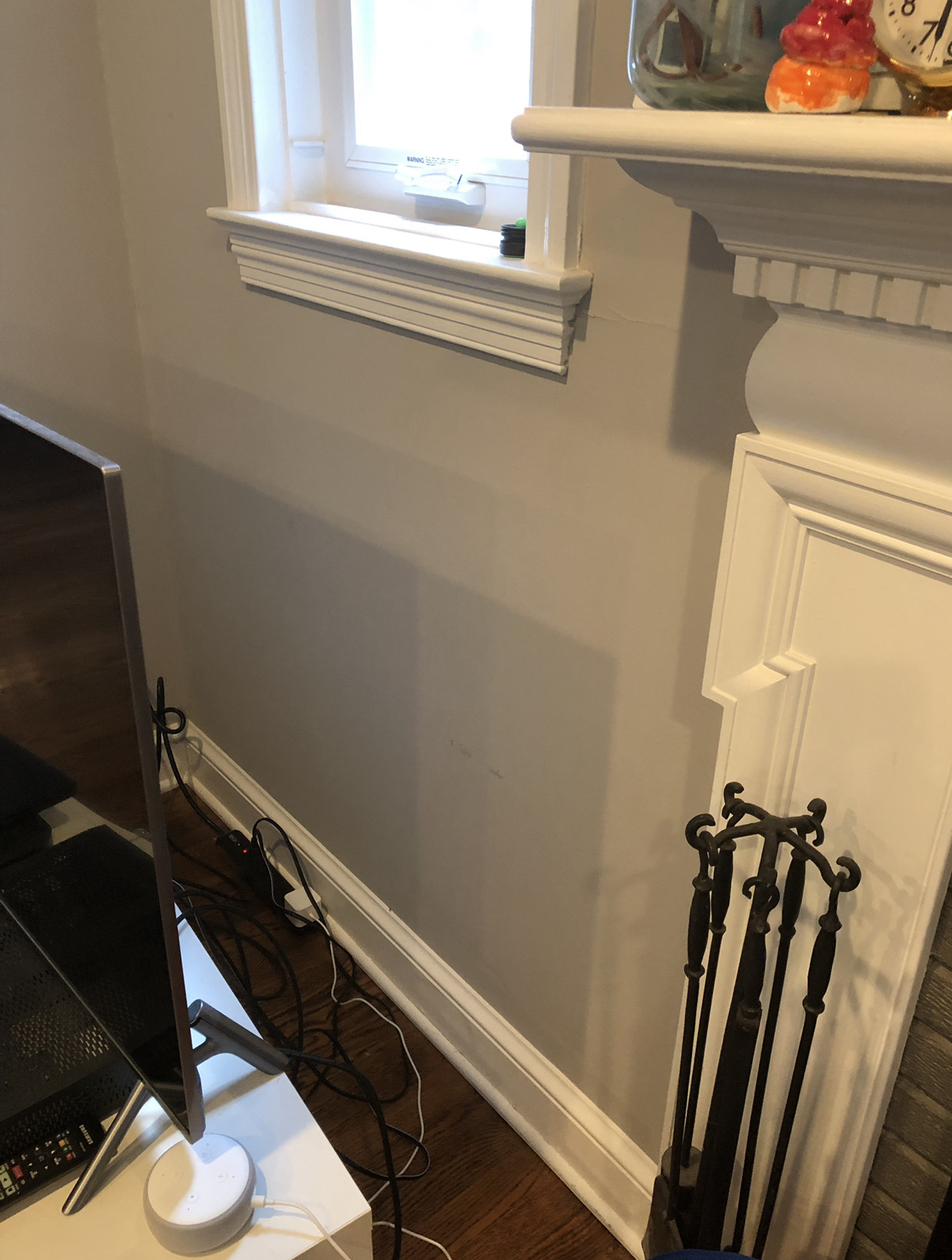 There are probably king/jack studs on each side of the window plus a sill and a header. Your magnetic stud finder might not be strong enough to go through the plaster. They're good for finding drywall screws covered by joint compound but that's about it. So you either buy a more expensive stud finder or start drilling really small holes hoping to find the studs.

Will the cabinet only be supported by the screws into the wall or will it also have legs? You can always use toggle bolts through the cabinet and through your wall.

A magnetic stud finder will do good on metal framing, but not wood framing unless you happen to find the occasional nail that holds the wood lath o that is part of the makeup of plaster walls in that time frame. There may be rock lath instead but the nails will so far under the plaster it is highly unlikely to find them still.

Lay out where you cabinet will be and probe in those ares covered by the cabinet.

There is a chance there are firing strips not studs if the masonry walls are 8" thick. There is a chance the walls are rock lath and plaster instead of wood lath and plaster. If the walls are rock lath and plaster and you miss the stud, the probe (nail if you choose) will go in quite difficult for about 1/2" then go into a hollow spot quite deep maybe over 3". If it is firring strips over full masonry, it will only go in 3/4" into the hollow space. If it is wood lath and plaster, and you miss the stud and the wood lath, it will do the same. There is a very good chance you will it the wood lath since it covers better than 80% of the walls. If you it that, the wood will spring back on you after you go in about 3/8" . If you hit a stud in either case, rock or wood lath, you will hit a solid object that the nail will penetrate in, but with only real solid hits with a hammer. 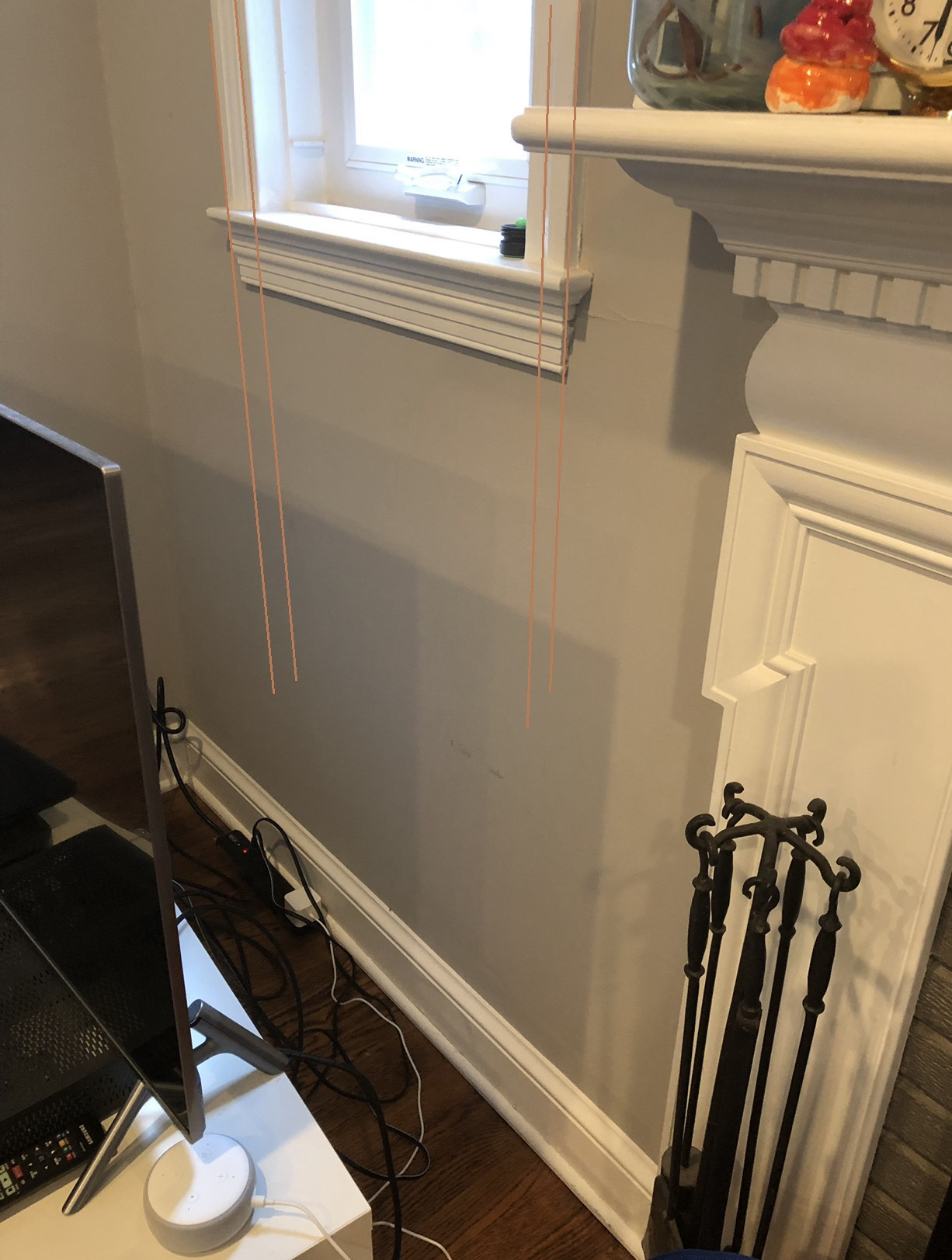 Another way is to look for the minute "dimples" where the nails are that hold the trim onto the wall.

Not the answer you're looking for? Browse other questions tagged plaster television or ask your own question.

2
How can I figure out what material my row home's interior and party walls are made out of?
2
Making a fake wall to mount a tv, easy as it seems? will the fake studs be able to carry the same weight?
0
How to avoid nailheads in stud behind plaster?
0
What is my wall made of and how should I hang a 50lb mirror?
0
Mounting a TV to Concrete Through Wood Paneling and Air Gap
0
During what construction era was plaster installed over metal lath?
1
Suspending many lightweight acoustic panels from a plaster ceiling
2
Tv will be off center if mounting to studs