how to rewire 3 way switch

I just moved into this house. There's a 3 way switch that I can't figure out how to rewire it.When I turn it on at the bottom of the stairs, I can turn it off at the top of the stairs. But after doing that it won't be able to turn back on at the bottom of the stairs unless I switch it back on at the top of the stairs. I included a picture of how previous owner wired it, also a picture of all the wire combinations I tried. "Not Work" - lights won't turn on. "Worked"- light will turn on but still the same problem. So I hope someone can tell me how to rewire it. Thanks 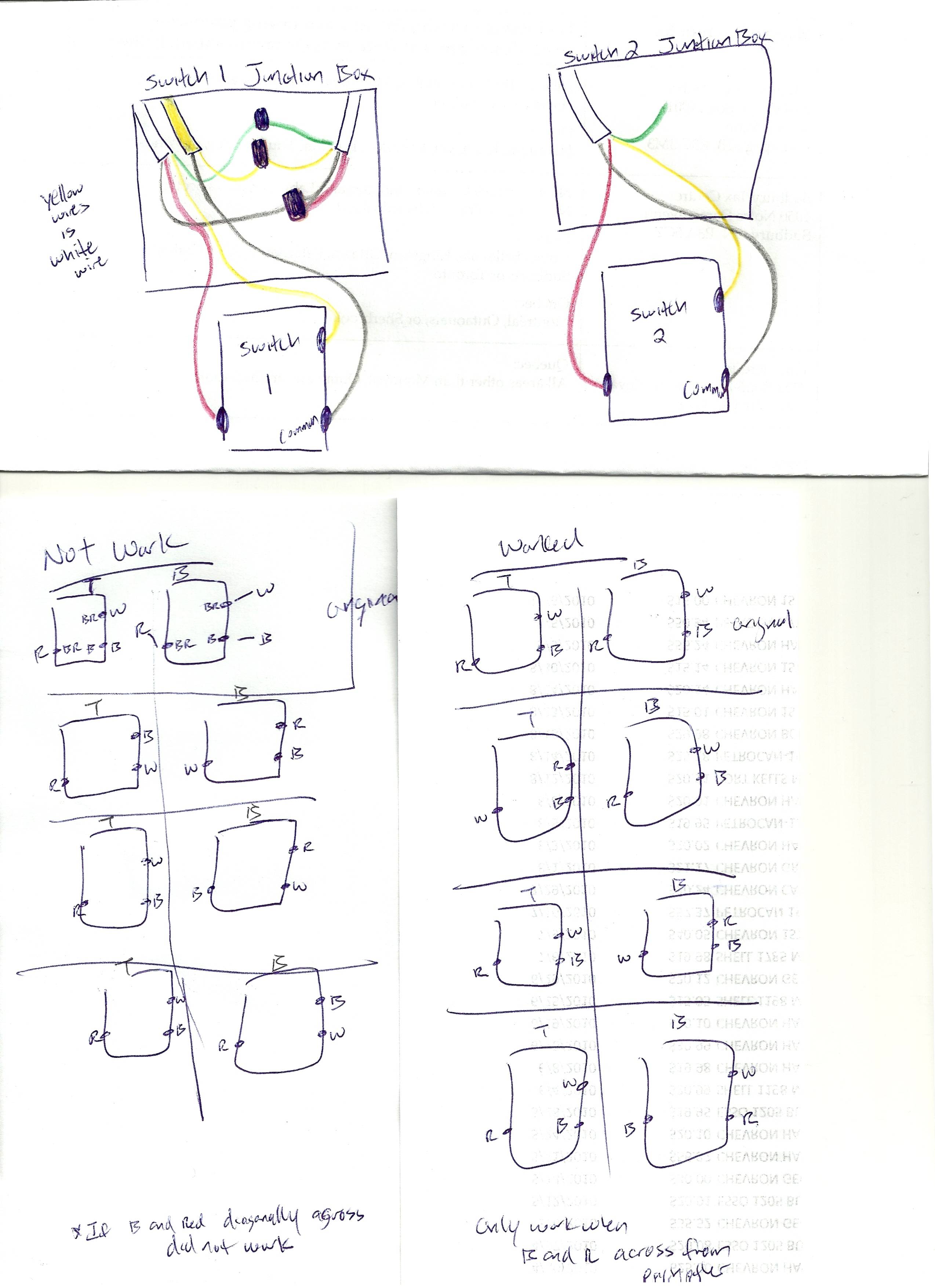 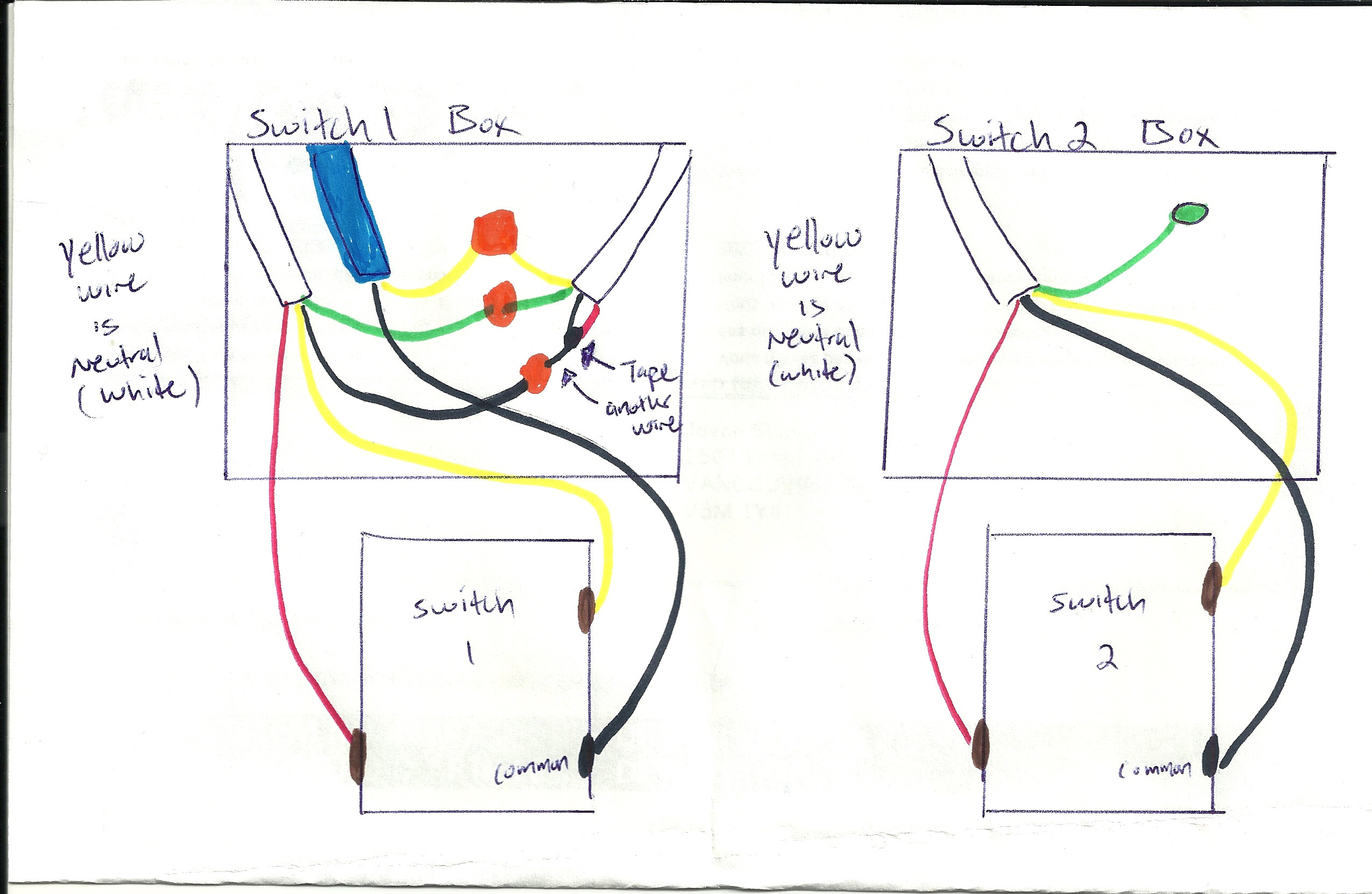 Several wires in a sheath is called a cable. The difference gets important fast.

First, it's time to stop the dizziness and confusion with the travelers. You should not have to play musical chairs with travelers. (It's not hazardous so as long as you are only exchanging the wires which belong on the 3-way, but it's a stupid waste of time). And to save us trouble later, let's mark the travelers; I recommend yellow tape, but if that color is already assigned, just use blue. Mark both travelers the same color, there is no need to distinguish them from each other.

This will always be true about travelers:

Red and white get marked yellow (or blue if you prefer). In switch #1 box, and also switch #2 box, unless you have reason to believe the cable is spliced somewhere else.

Remember the part where I said "if the /3 cable is spliced in another box, all bets are off"? That could happen in a lamp box, or the site of a current or former 4-way switch. There's no substitute but to search every possible box for this. You'll recognize it when 2 wires from a /3 cable are spliced to 2 wires from another /3 cable. (Not counting grounds).

In that case, the traveler principles still apply, but you have to figure out which cable is which amongst several white /3 cables coming into that intermediate box. ...and this, this is why I advocate marking travelers with colored tape.

There's one more possibility. Here, we presume the left /3 cable connects to box 2. What if it's actually the right /3 cable??? That would make this whole thing a bodge job of considerable proportion, but it would explain a lot. The troubleshooting here might be beyond you, and it might be time to bring in a handyman.

2
Two 3 way switches, only one works
4
Four-way circuit turns on/off randomly
1
Light fitting with power but no 3-way switch function
1
Wiring existing 3 Way Switch in basement stairs that was cut
0
Wire a 3 way switch with lights at both ends
1
How do I fix this 3 way switch mess?
0
Can I add a second light fixture to a 3 way switch?