How can I prevent water from running behind my gutters and under shingles near a wall?

I've been troubleshooting some issues have been having with water getting into my basement. Today I took a hose out to try and find out how water is getting behind my gutters and believe I found some potential culprits.

A) In the first 2 pictures you can see there is some space between the drip edge and gutter. I think water is sneaking in there. Are there any DIY options to fix this? Could something like a gutter apron be slide under the shingles to help get it into gutters?

B) In the last 2 pictures you can see the siding and brick meet up with roof on this part of the house. I think the water is getting between them, running down, and then pouring out under the gutters. What options do I have to prevent water from getting in there? Just getting flashing installed? Is flashing a DIY project? It seems like something that may need professional installation. 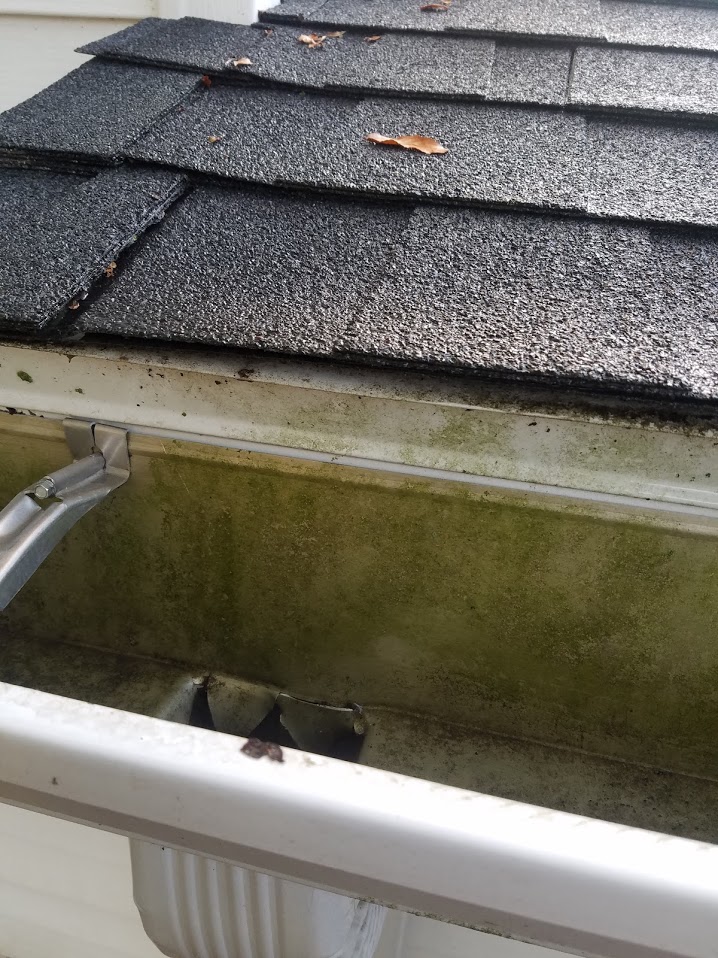 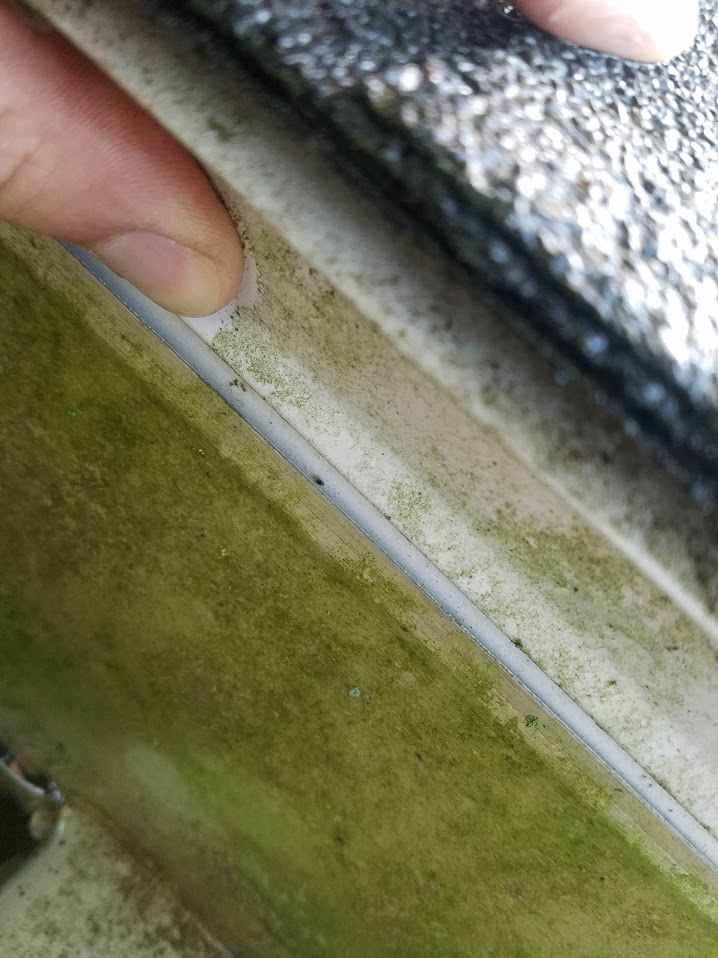 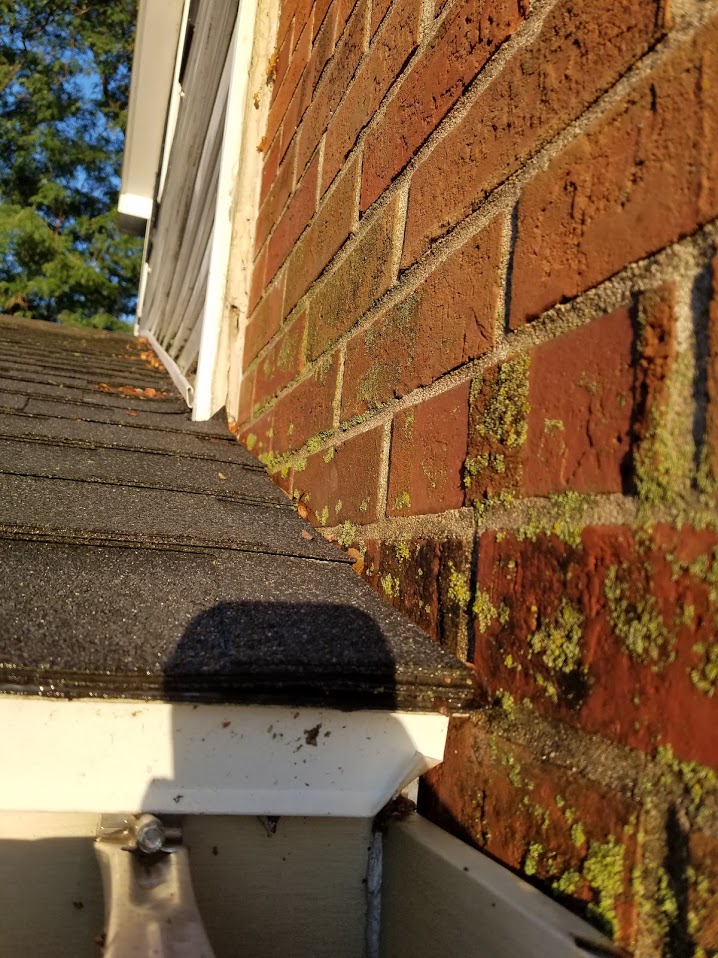 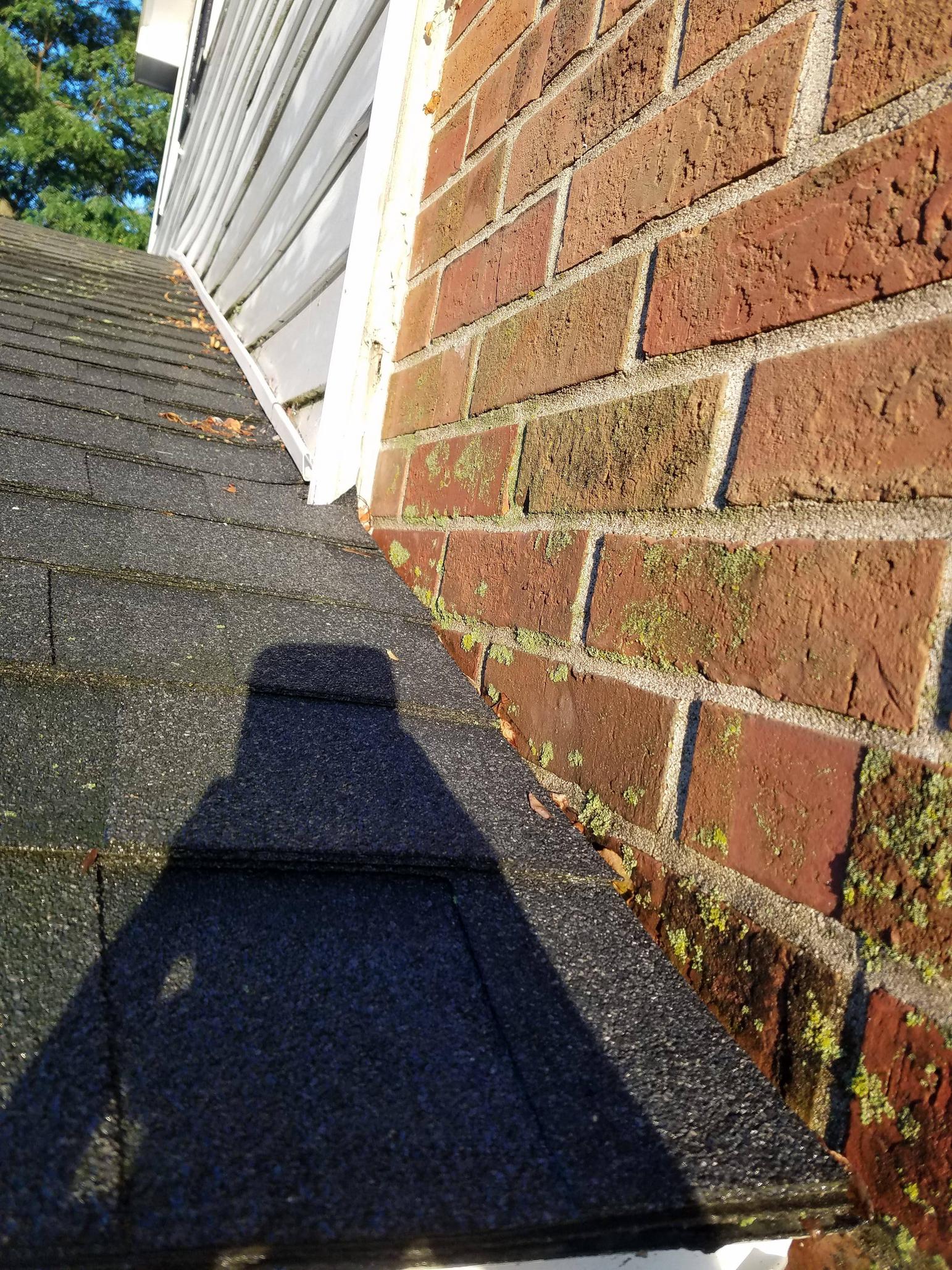 You will probably need professional assistance with this one. Whether there is a drip edge or not, the shingles should overhang the edge of the roof by about an inch. The bigger issue is that there is no brick flashing cut into the side of the brick where it meets the roof in the second two pictures. Some shingles are going to have to come up to correct these problems. A proper brick flashing should look something like this photo. 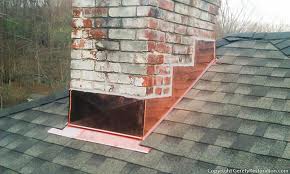 If you install an apron for the gutter it could just go behind the lower flange of the drip edge. Like WoodAireGrill says, the shingles should extend a bit lower than they do. You could also cut some shingles lengthwise and bond them to the lowest existing course using roofing cement to extend the dripline. You'd slide them under and put dabs of cement between the layers.

Normally you'd see "step flashing" on the brick, which interleaves the shingles. Any water that finds its way under the edge of the shingles is directed down over the top of the shingle below. Without that, the water is able to run under all the shingles. You'll want to investigate whether there's step flashing hidden underneath that was installed behind the brick.

There should also be a kick at the bottom of that run, like so, to direct water away from the wall and into the gutter: 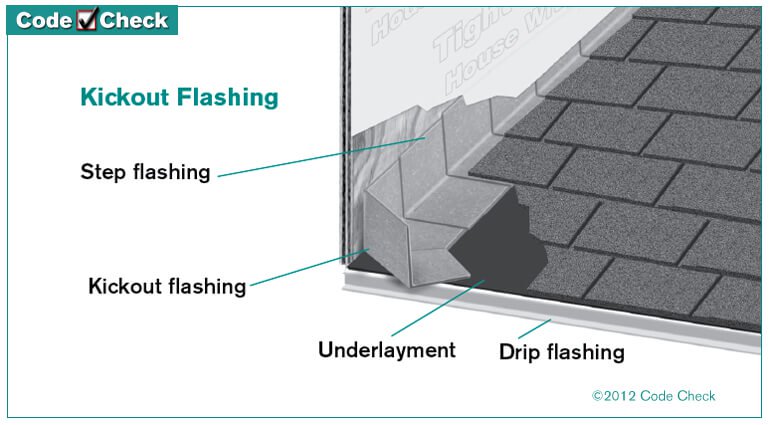 Does anyone see a starter strip? I don't. Thats a first line of defense and promotion for proper water shedding.

Not the answer you're looking for? Browse other questions tagged roof waterproofing gutters or ask your own question.

0
Where is this water stream under the gutter coming from?
0
Water leaking behind gutters

5
How can I prevent water from getting behind the gutter?
2
How can I repair leaks in metal wrapped wood gutters?
0
Why is my wall-ceiling corner damp when it rains?
0
Tile roof has water running under tiles
1
Why is water leaking behind my new rain gutter?
0
Water leaking behind gutters
1
Should rain gutters be installed behind metal drip edge?
1
How to fix my roof draining into gutter improperly
1
How can I stop water running inwards under gutters?