Is this a proper way to drain water from flat area under deck so it does not penetrate basement wall?

I have a flat area under a 6 by 30 ft deck in front of my split level house. I am currently replacing the deck boards on this (Pictures are below). The soil underneath this deck is relatively flat and does not drain well, which causes moisture penetration into my basement (below the grade under the deck frame).

I am considering install a drainage system (similar to a french drain) in this area while I have the deck up, to fix this. It will run water to the right of house where it will flow down the hill and away from the house. My intention is to overbuild this feature, since it will be next to impossible to modify once I put the new deck in on top of it. 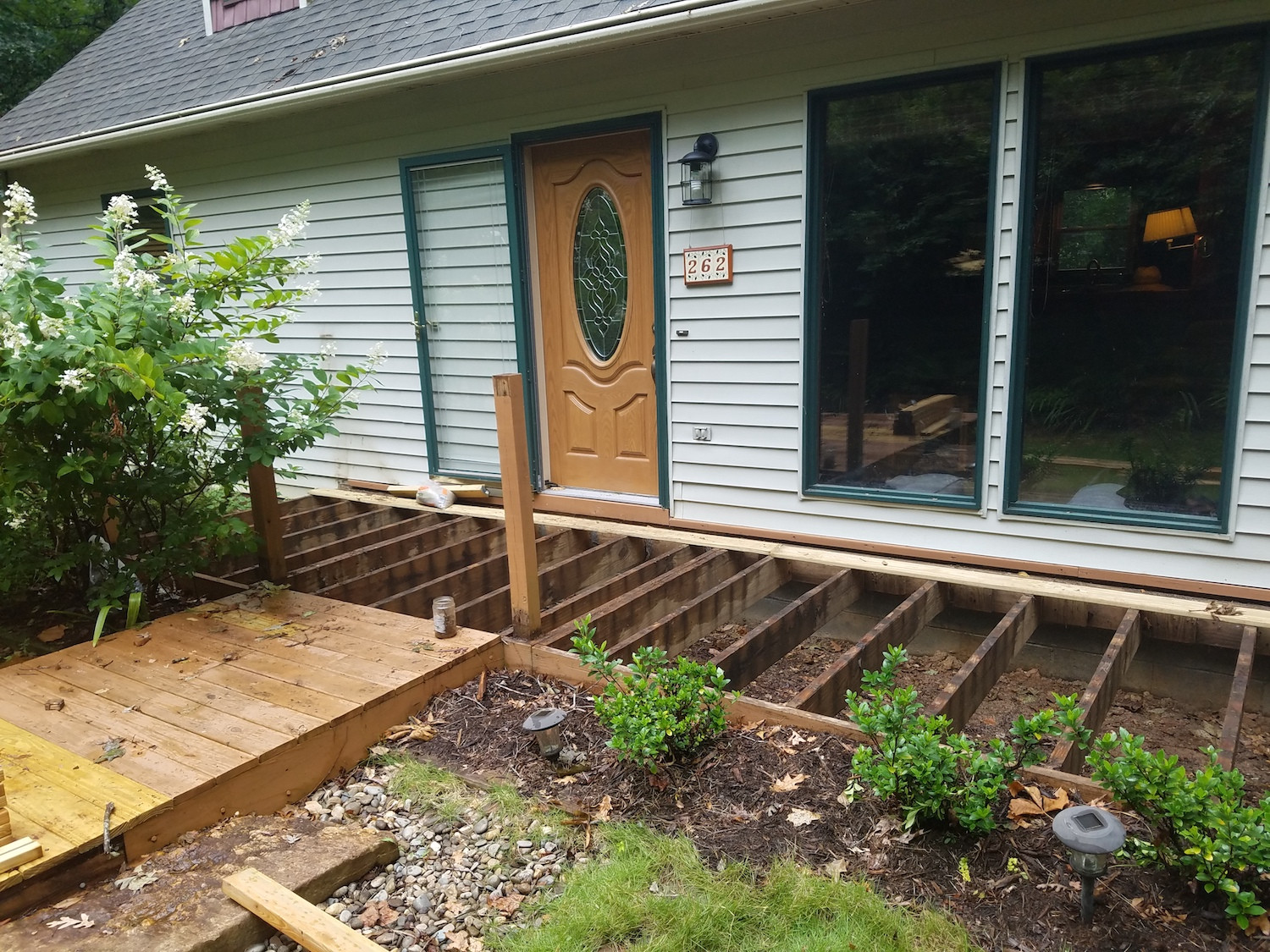 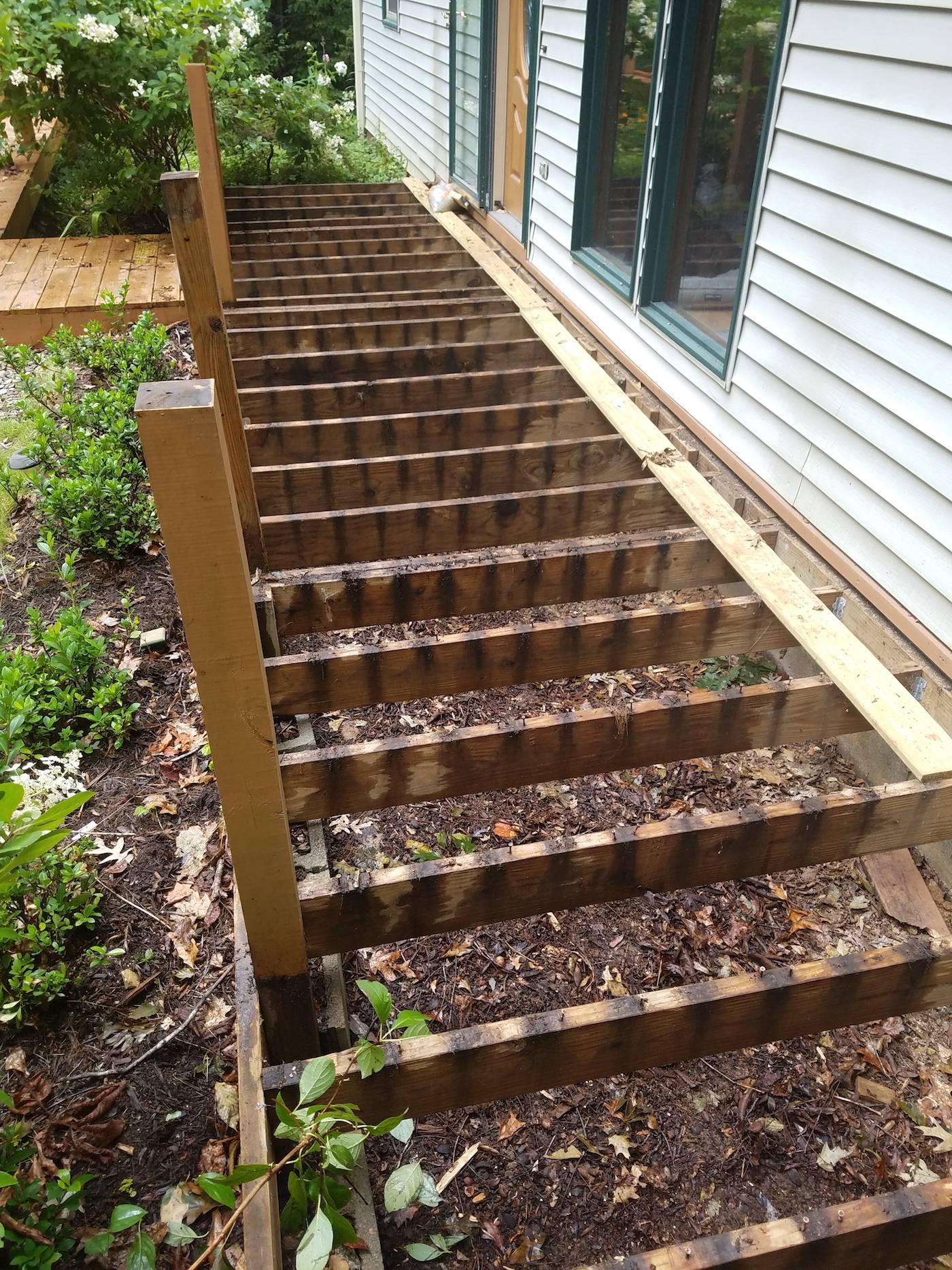 I have looked around online and have not seen anyone doing anything quite like this. How long should I expect the 6 mil plastic to hold up in this almost buried state?

It seems to me that this would work better than a french drain because I wont have to put soil on top of it, which will eventually fill the thing up with silt and the plastic will ensure that none of the water gets into the soil below.

Should I expect any other issues with this approach?

Thanks for any comments or suggestions!

2
How close is too close, when digging below foundation level?
6
How should I install a french drain in this situation, and will it help?
6
Can I regrade this gravel section of yard myself?
7
Lot grading, water percolation & french drain on the property line along the fence..What is a correct drainage for this property?
1
How to wrap french drain
1
Does a French drain need to terminate above ground?
2
How can I prevent interior French Drain from further eroding soil under garage slab?
0
Should I be worried about the weight of french drain gravel on my foundation?
15
French Drain: Why do I need 3" of rock bedding beneath the pipe?
1
How badly have I undermined my foundation footing?