Is this plastic pipe connecting city water to the main line dangerous?

I bought a whole house water filter to hook up to the main water line. The plumber who came in said that he won't be able to install it because the pipe that comes from the ground hooked up to the copper pipe is plastic.

He says that this plastic is usually not used for that kind of water pressure for the main line and can burst at any time. If he starts cutting the pipe above it to hook up the water filter, there is a potential that the plastic could break/leak due to all the shaking etc. He has asked me to contact the builder/home inspector (as it shouldn't have passed the home inspection like that? ) and take care of this first.

Picture is below. The black color pipe is the one in question. Has anyone seen plastic pipes come up from the ground like that to the main line? Will it burst? 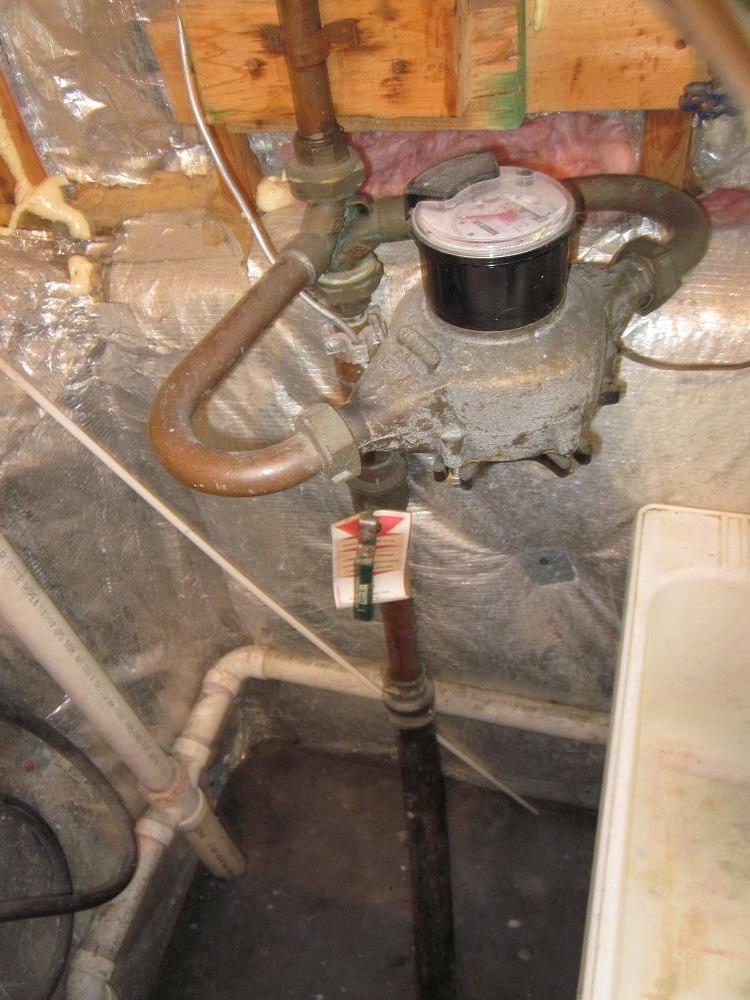 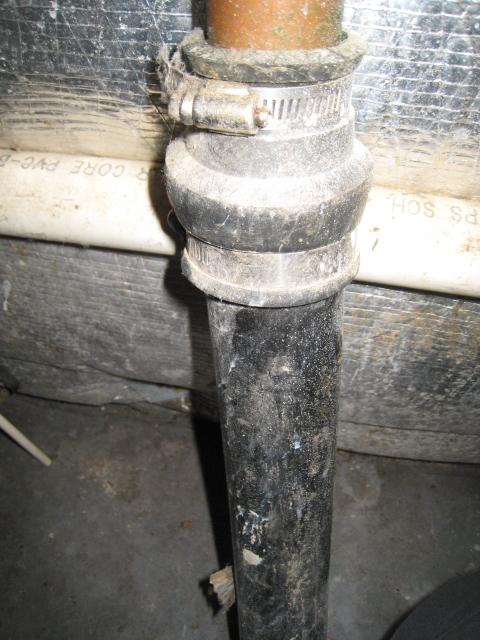 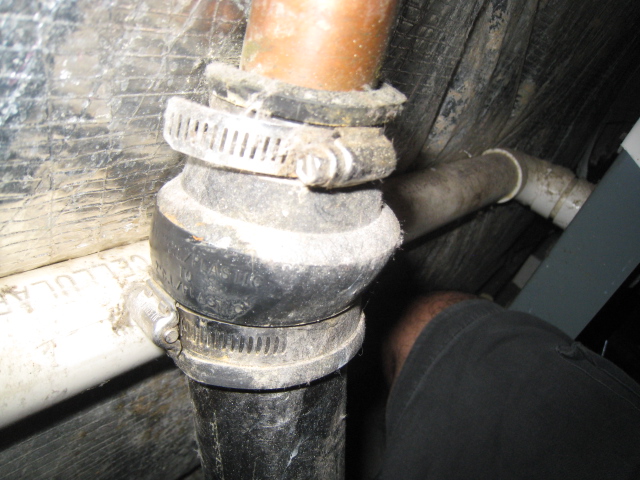 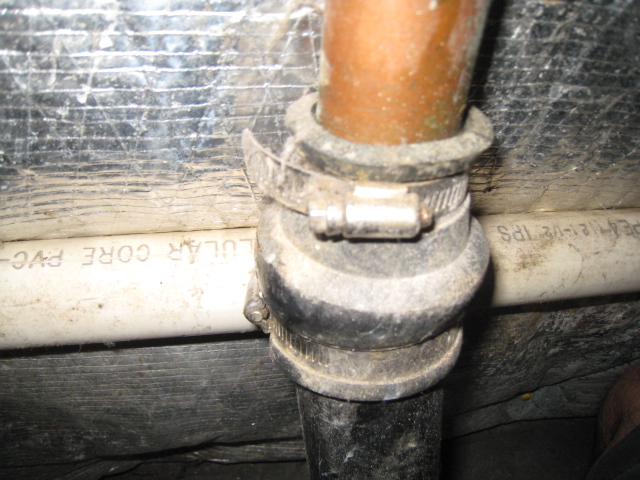 Though it may seem odd, it is possible the plumber knows what he's talking about. If this is a Polybutylene pipe, it could indeed be brittle and fail if it's jostled during the installation of the filter.

It's impossible to tell from the picture what type of pipe that is, but based on the plumbers concern I'd guess it is Polybutylene.

Polybutylene was used in pipes between about 1980-1994/5, and was commonly used as supply line in the 80's. It was found (in some cases) to react with oxidants in the water supply, which caused the pipe to become brittle and fail. To my knowledge, this type of piping is no longer used. Though if the house was built; or there was supply line work done, during the 80's, it's likely this is Polybutylene pipe.

Don't confuse Polybutylene pipe with Polyethylene pipe. High-density polyethylene is commonly used as water supply line today, and is stable and safe to use.

Cross-linked polyethylene (PEX) is not typically used as an underground supply line, as it can sometimes react with minerals in the soil. Where PEX is used underground, it's typically encased in sand (or other non-reactive materials) to prevent negative reactions. Because of this it's often more expensive to bury PEX, so other materials are used instead.

How can I tell what it is?

Isn't that your water meter on the inside of your house, that the black city line feeds?

Shouldn't the whole house water filter be going AFTER the water meter?

In which case the black pipe is irrelevant, is it not?

Which leads me to think - you need a different plumber.

Now, perhaps your plastic pipe is wrong... but that would be interesting as it's no simple task to replace an entire water main... Can you take a better photo of the plastic pipe?

That looks very similar to the plastic pipe the brings water into my house. Depending how much is visible, you may be able to find some writing that will tell you more about it. Different pipes that look similar may be rated for different PSIs. Ours had a couple of leaks out in the ground and was rated for (iirc) 100psi. The new pipe that we had put in looked almost identical but was a little thicker and rated for 200psi.

The guys that did my line replacement told me that the older stuff was ok for wells but city psi is much higher and also that in the city, the psi raises at night and other times when there is less demand.

Realistically, I'd get a 2nd opinion. I don't see any reason why turning the water off and installing a whole house filter would compromise the existing stuff. Once you turned the water off, you'd disconnect one of the unions going to the plastic pipe, so you aren't going to wiggling on the plastic pipe at all anyway. It may be a legitimate concern, but it might also be that he didn't want to be on the hook for issues that you may have later down the line. Did it seem like he was trying to convince you to replace the supply line, or just talk you out of installing a filter?

no way to tell from the picture. if that is sched40/80 rigid plastic pipe like what that white pipe is he may well be right. most mobile homes and some new instals use a unerground raited pex like pipe that is armored and made to go in the ground. if they put rigid plastic that is likely to get destroyed even by tree roots. you find that out after your first 2k water bill...

Not the answer you're looking for? Browse other questions tagged water pipe or ask your own question.

8
How do I cut and cap copper water tubing cheaply and safely?
4
What are my options for installing a water softener on the opposite side of the house from the main water supply?
0
Winterizing pipes for weekend house in upstate NY
0
Bury water pipes, gas line, and electrical pipe
1
cooling city water in the summer
0
Water Main coming into house - is just super cold and keeps the basement cold
1
What is the proper way to bring a water line in through skirting on concrete runners?
0
What causes water pipes to shake violently with no known catalyst?
0
Installing shower filter - NPT adaptor for larger intake?