We've had this house since late June, and the house was renovated. I am not sure if the ceiling fan in question was brand new or simply recently new. It is a Harbor Breeze, Model RLG52NWZ5C3L.

Regardless, we came into our master bedroom one night to see it slowly spinning down to a crawl. Based off of Google searched articles, Reddit posts, and DIY Stackexchange, my first step was to try and replace the capacitor... After waiting a week for the part, it did not fix it.

I have also tried checking/resecuring all the connected wires that comes downward into the light assembly to ensure they were all actually connected, so I didn't check the wires in the ceiling. I have not voltmeter tested anything. Neither spin direction as expected.

So, at this point, I am at a loss. I don't know if this ceiling fan has a flywheel or not, or how to tell if it does. I don't know what the 2nd black box is, that is around the same size as the capacitor.. but it has 3 wires, one of which being for the light I believe. I am open to suggestions, but I understand if it is not worth fixing anymore past the capacitor. 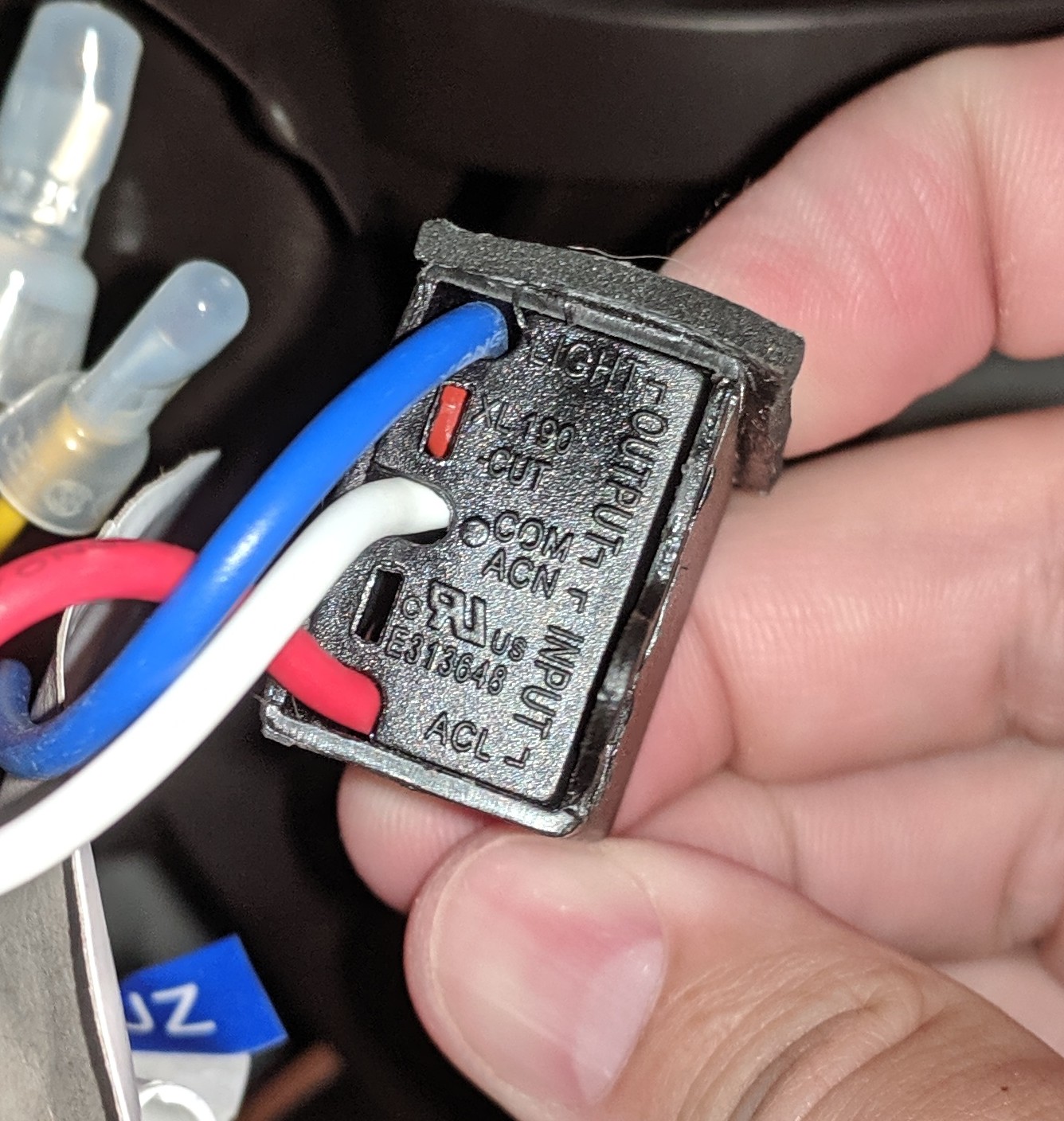 Update 2: This is the "other box" similar in size to the capacitor. While the manual doesn't mention it, it was stuck to the top of the switch housing area.

Update 3: In the pic, I noticed it said E313648, which IS a wattage limiter. From what I understand, that is to regulate the wattage that goes to the light sockets. Can this affect the fan motor too?

Looking at the manual for that fan, there is no "extra box" shown, but it does mention that

So my guess is that your extra box is the remote control option, and the previous owner lost the remote, with the fan stuck on "Low". I would remove it and wire it as it should be without a remote.

Another thing to try is the Fwd / Rev switch. it may be old and/or dirty, try flipping it back and forth a few times.