Fixing an outdoor light: what did go wrong and how to fix it?

My outdoor garage light is connected(see note 2) to the house circuit via a three way switch. Garage has two switch boxes; each with a pair of three way switches. One switch in each box controls two ceiling lights inside the garage. In box one, 2nd switch is installed but not connected to any wires. In this box, I have two, 2 wire and two, 3 wire cables.

The outdoor light became operational for the first time in 8 months since I acquired the house, once I installed new bulbs. This worked well for few weeks but than again the outdoor light stopped to work.

In investigating the failure, I noticed that the circuit breaker for it was showing a red window (on the off side) but had not tripped. Any attempt to clear the red window was unsuccessful.

I turned off the circuit breaker and decided to look at the switch boxes. First thing I noticed was the breaker didn't completely power off the garage(which it used to do); while both ceiling lights were off, an outlet was still powered and the second switch box was not completely cold.

Additionally, both white and black wires of 2 wire cable (in box # 2) are hot (~110V). As a clarification when the breaker is off every other wire in switch box #2 is cold except the wires in 2 wire cable.

What is going on here? Why the breaker has lost control of the entire (room) circuit and what is the source of power in the line leading to the outdoor light?

Edit: Sorry for the long write up. Here is how switch in question was wired 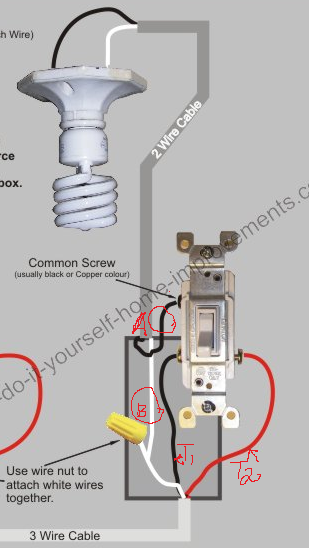 Wire A and B were cold before the problem manifested but now are hot [even when not connected to the switch]. T1 & 2 are traveler wires that are connected to black wires at switch box #1...both show 110V when CB is on and no current when CB is OFF. Wire A & B both show 110V regardless of the status of CB. Both these wires in isolated state were w/o any current before.

Wiring Schematic Please read B2 in last line the note below schematic as B1, sorry for the typo 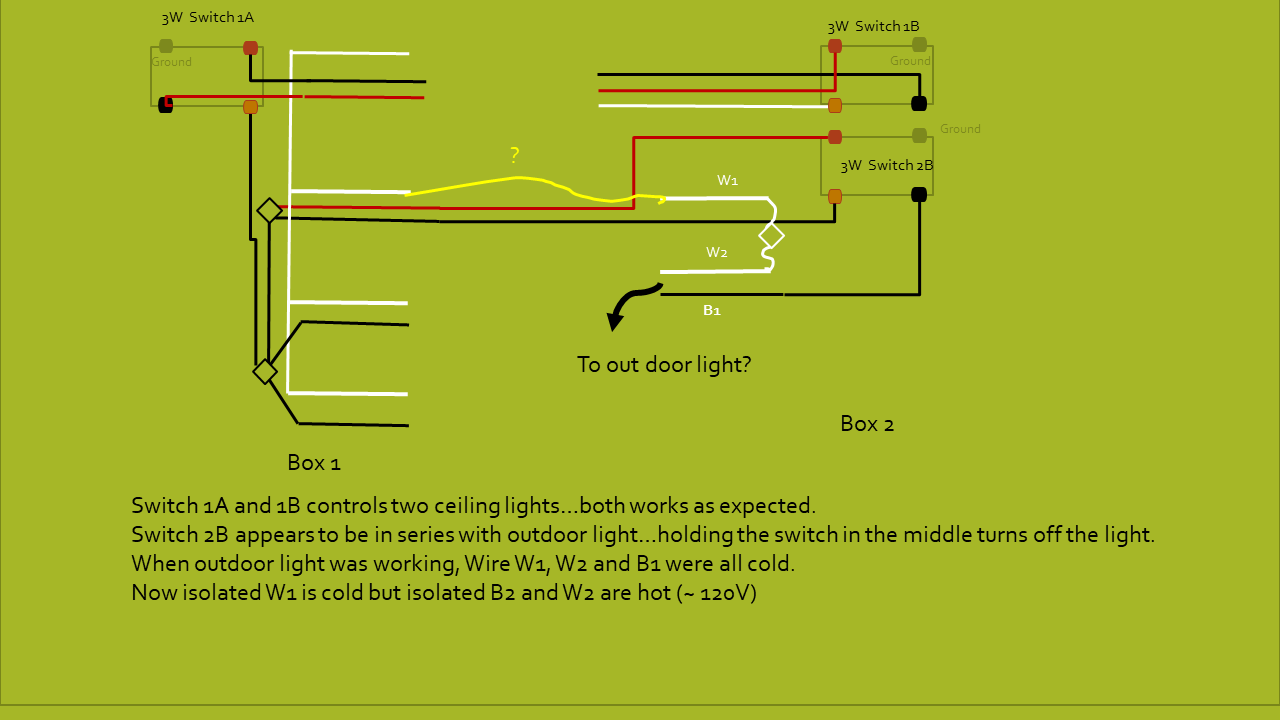 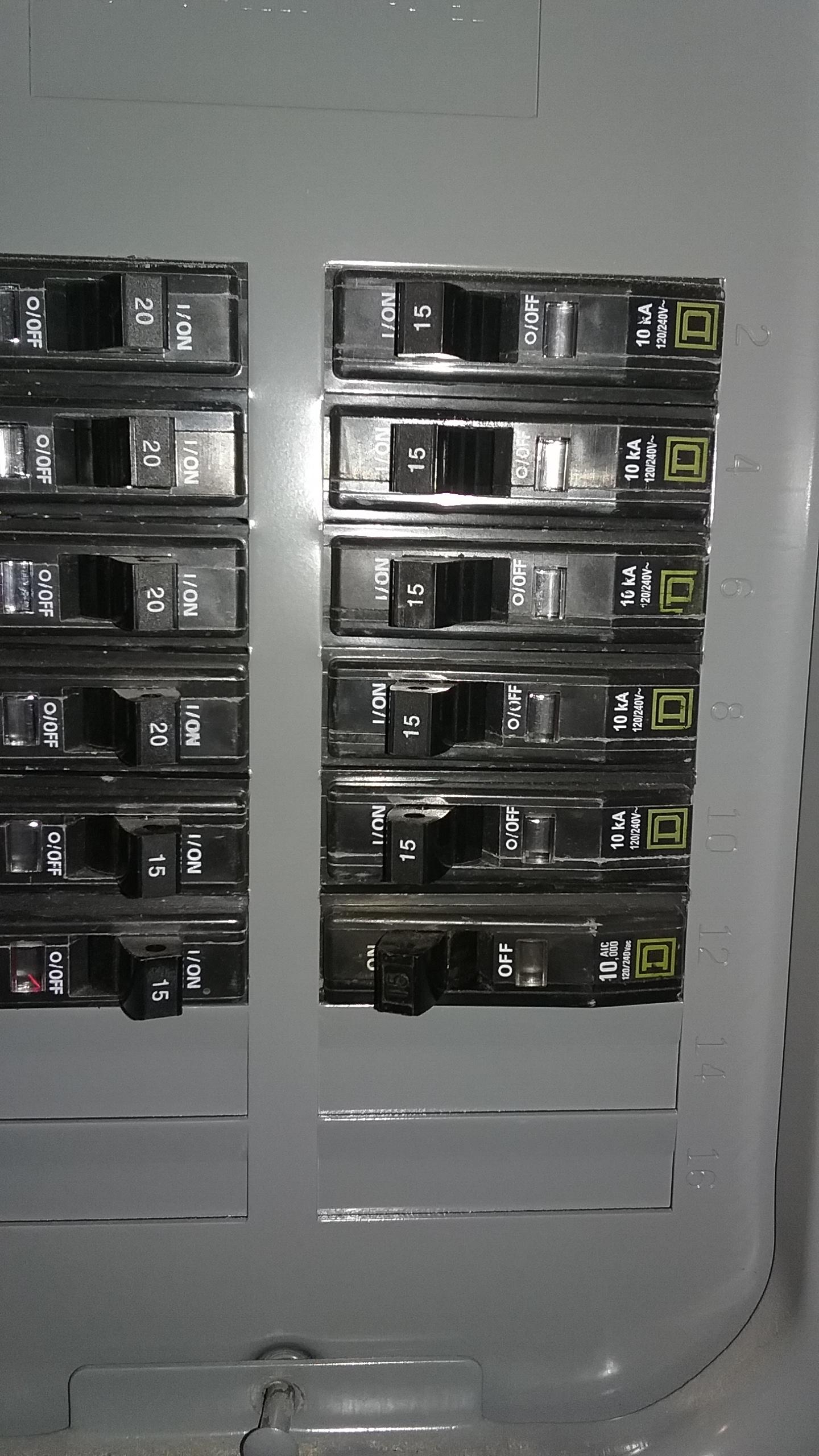 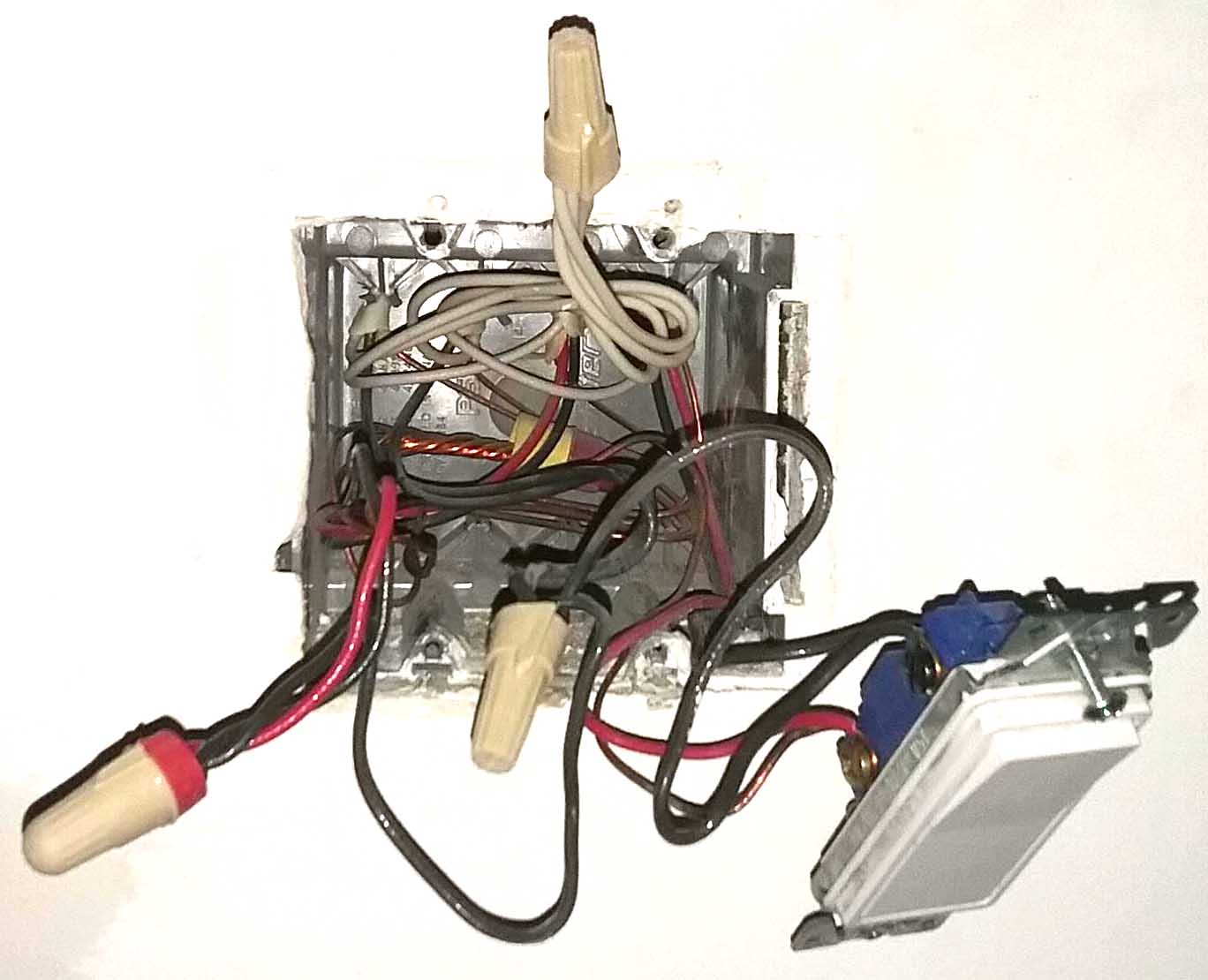 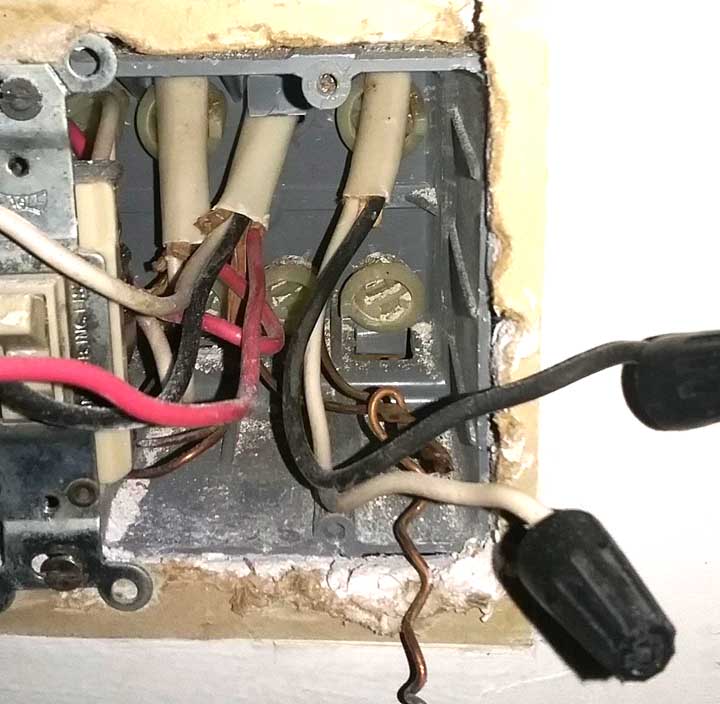 @ Harper This may provide some hint as to what may be the problem. Please refer to my schematic for wire IDs

Ditto for CB OFF.

Looks like a Square D QO, which is a fine make. There's a chance you have a bad breaker (it is an oddball compared to the rest - counterfeit?) Anyway, breakers are $5, just replace it.

You won't be able to proceed any further until you have reliable power.

I want to see exactly one 2-wire cable in this system, when disconnected from everything else, shows power on it. And this is what success looks like.

I have no idea what the story is with apparent voltage on B1 and W2 (which are in the same cable). I would get an incandescent lamp base and connect B1 and W2 to it, add a light and see if it lights up. If it does, that's a big problem. If it doesn't, then we're good to go.

It sounds like the way they are wired, they are a clueless mess. Joining all the white wires? Seriously?

Suffice it to say, I consider your wiring to be incompetent, a basket case, and not worth studying any further. Junk. It. All.

From your description of the number of cables in each box, this is the only possible way it could be intended to be set up. This is the correct way since you are using cables: 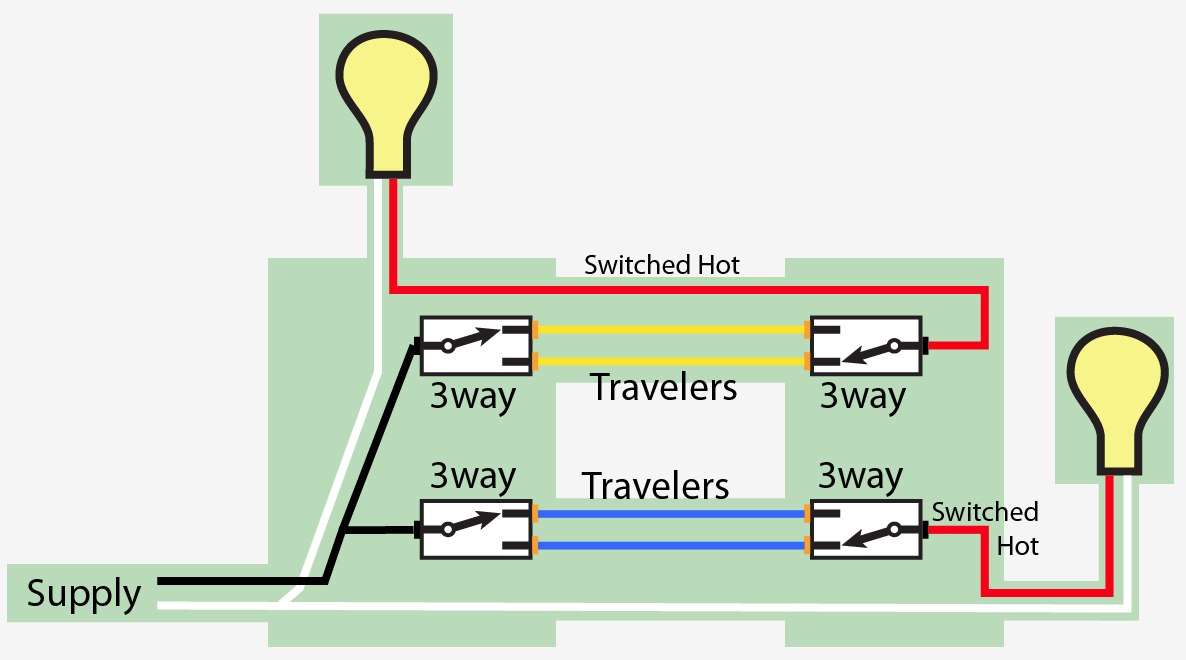 Note that 3-way switches have 2 brass screws and 1 black screw. The brass take the travelers. There are 2 travelers and there is no need to distinguish travelers from each other, so they can be the same color. One error: B1 is marked red here.

Of course, being prefab cables, your wires won't actually be those colors yet. Use colored electrical tape (5-packs for $4) to mark them those colors. This will greatly simplify your hookups, and remove 90% of error.

Let's get marking. Since the "yellow" circuit seems to be working and since you know which one it is, I would focus on marking the "blue" circuit. This diagram calls for blue-blue-white, so mark red and black to blue. Always mark both ends of the cable. In box 2, this appears to go to a 3-way switch. In box 1, the red and black are spliced together and tied to another black. Remove them from that wire nut, since they won't be connected that way going forward.

Now, in the "yellow" 3-way circuit, they have done an abomination: They are switching the neutral wire. The circuit may "work", but You're not allowed to do that. This must be removed for safety. So in the 3-wire cable you haven't marked yet, remove all the wires from both ends. You want red-yellow-yellow, so leave the red wire, and mark white and black to yellow.

Now, in both boxes, pairs of travelers go onto the brass screws of your 3-way switches. What remains? In box 1, pigtail the 3-way "commons" to the supply hot. All neutrals go together (should be already).

That should make everything work.

1
How to wire light with a switch in the middle of a circuit
4
Multi gang switch boxes - Is it okay to keep the same branch neutrals separated for the different lighting/switching circuits?
2
Three-way switch wiring behaving oddly
6
garage light with two hots and one neutral
2
How can I get this light fixture to light up?
1
What's wrong with this light circuit and/or my attempts to replace the light switch?