When we put in a new bathroom fan we replaced the switch in the bathroom to put the fan/overhead light and the vanity light on different switches. It was originally wired with a single pole switch where there is one hot wire, 3 travelers or load wires and a ground attached to the switch. 2 of the traveler or load wires are pigtailed together, so on the old switch one copper end hooked on to the screw and the other one was pushed in.

On the new single pole with two switches, there are enough screws on the load side for both of the load or traveler wires to attach to screws, and the hot and ground attach fine.

No matter which screw on the hot side I put the hot wire on the rest of the circuit (other lights in the house) only works when the fan is on. The items in the bathroom work fine and independent of each other.

Thanks for any suggestions! 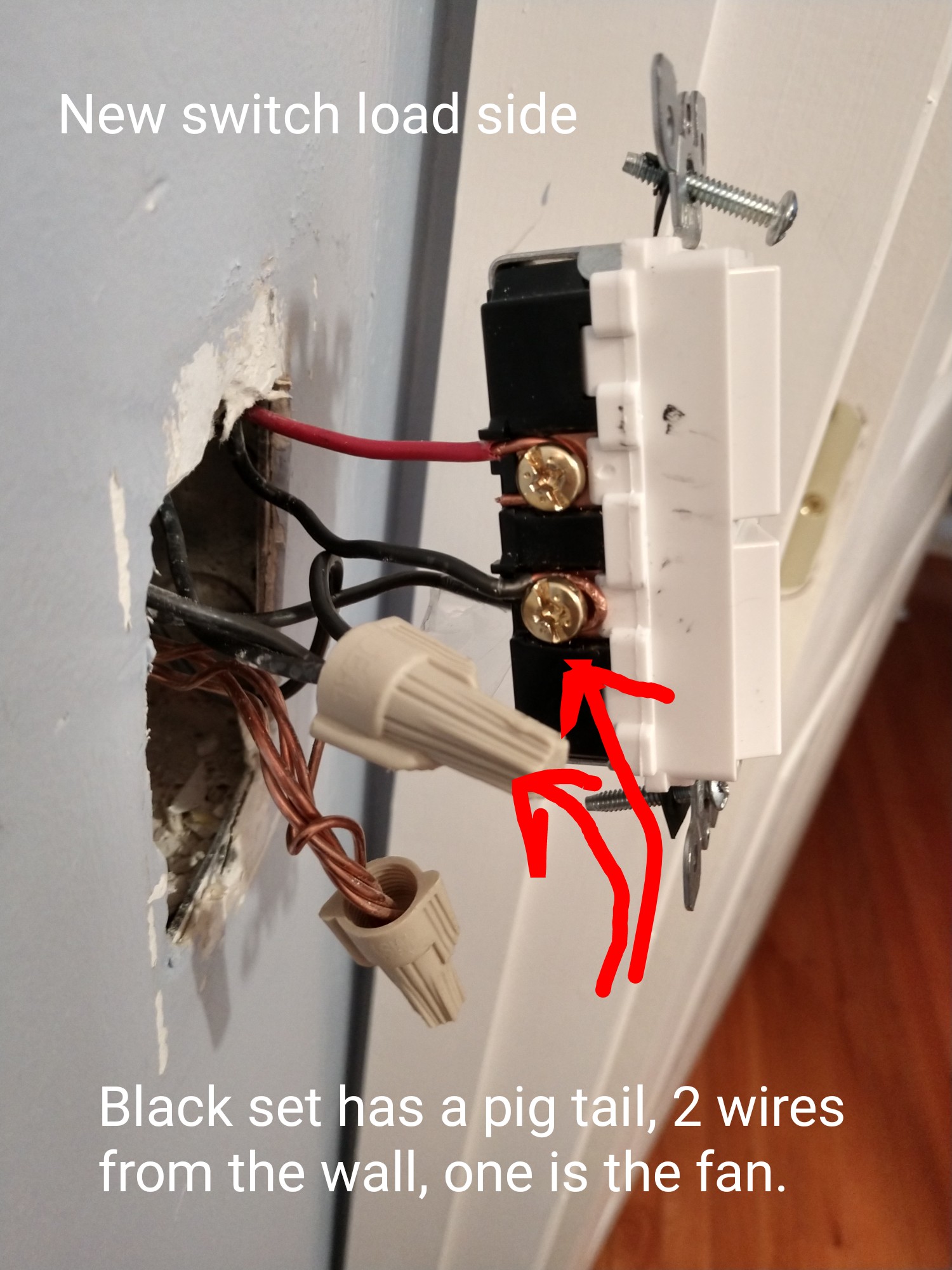 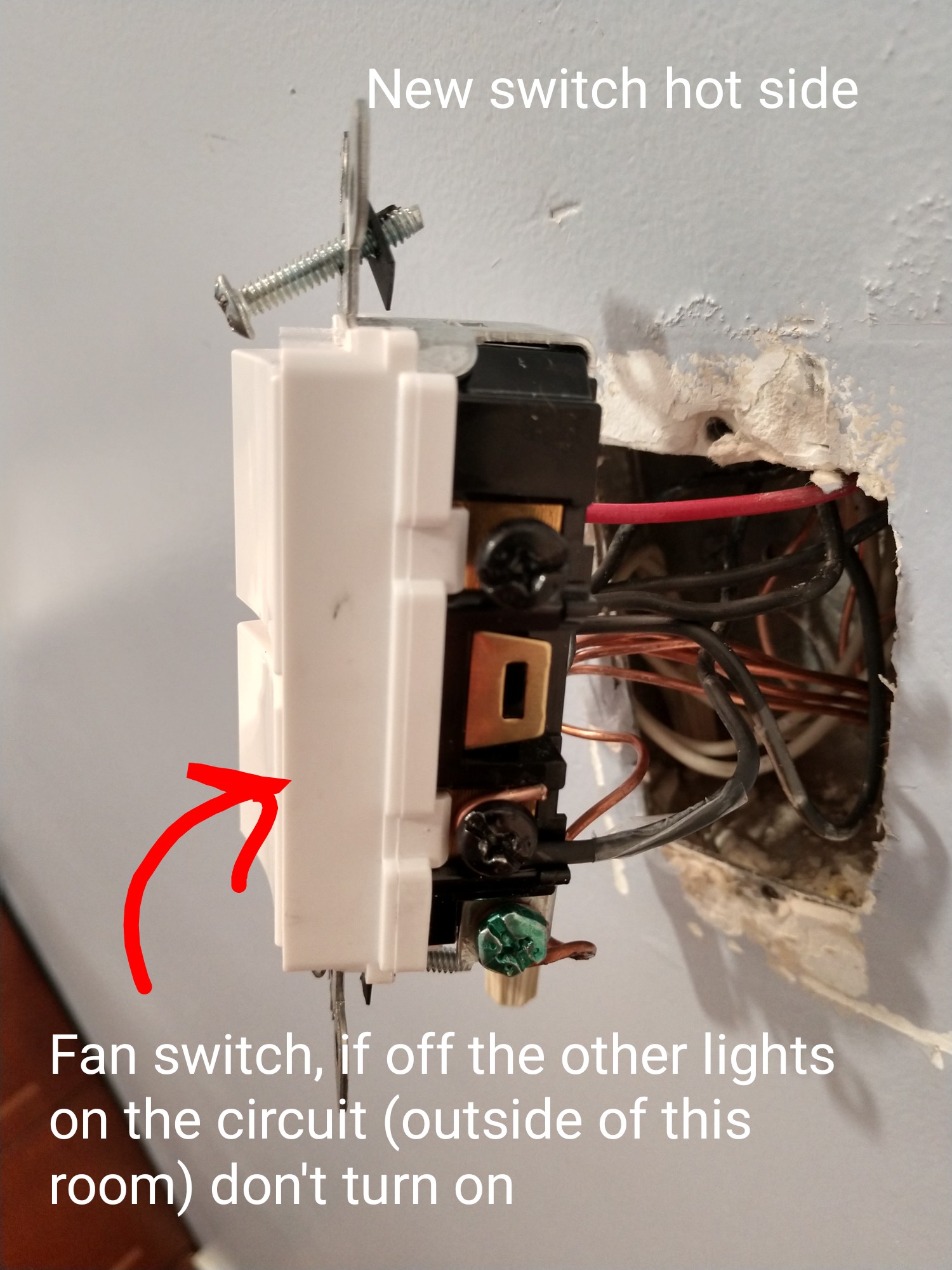 Like Mark Twain said, "it ain't what you don't know that gets ya... it's what you know that just ain't so!"

There is such a thing as a switched-hot wire, i.e. that is energized when the switch is on / the device is intended to be energized. But that is not a traveler. Some people call it a load wire, but I don't like using that word because it becomes extremely confusing if a GFCI is anywhere nearby. So I call them switched-hot, and I expect to have one per device switched.

Then you're talking about one hot wire and 3 load wires. I've never seen that before, and wouldn't expect to see it.

Typically when you have multiple black wires joined together, especially when they are pigtailed to a switch, that bunch is actually all hot wires. Obviously one of them is coming from the panel, but the rest are going either to switches or outlets here, or to those onward loads you say now don't work.

So I think your belief that the cluster of black wires is "travelers or load wires" is the part that just ain't so.

I would try putting the wire-nutted black onto the "hot"/common side of the switch, since I think they are actually your supply always-hot. And that solo black on the switched/load side. See if that makes it work any better.

0
How do I wire a double stack switch?
0
Stack Switch Problem in Bathroom
0
Taking power from double light switch to GFCI outlet
1
Are there "uncommon" 3-way switch wirings?
0
Are ungrounded three-way switches dangerous?
3
How-to wire a Fan/Light in Bathroom with power at Switch box and Fan/Light box
4
Extending power from existing three-way switch circuit
0
Circuit is broken when switch is screwed into box, but not outside of box
2
How can I get this light fixture to light up?
0
How do I troubleshoot 2 light switches in the same box with 4 black (hot) wires?