Is this natural gas shut off valve behaving correctly?

The natural gas shut off valve in the picture below is installed behind my oven. Usually when I see a valve like this, if I turn it 90 degrees, it will turn until it stops. When it stops 90 degrees from where it started, the valve is off.

However, with this valve, it doesn't stop at 90 degrees. It continues turning 180 degrees until it's facing the other direction. The valve is on in both of those positions. If I stop turning the valve at 90 degrees, it does appear to shut off, but like I said, nothing stop me from continuing to turn the valve to 180 degrees.

Is the valve meant to function this way or was something installed incorrectly? It seems strange to me to not have the valve stop at 90 degrees so you know it is definitely off. The way it is now you are basically guessing that you have properly turned the valve 90 degrees to shut the gas off. 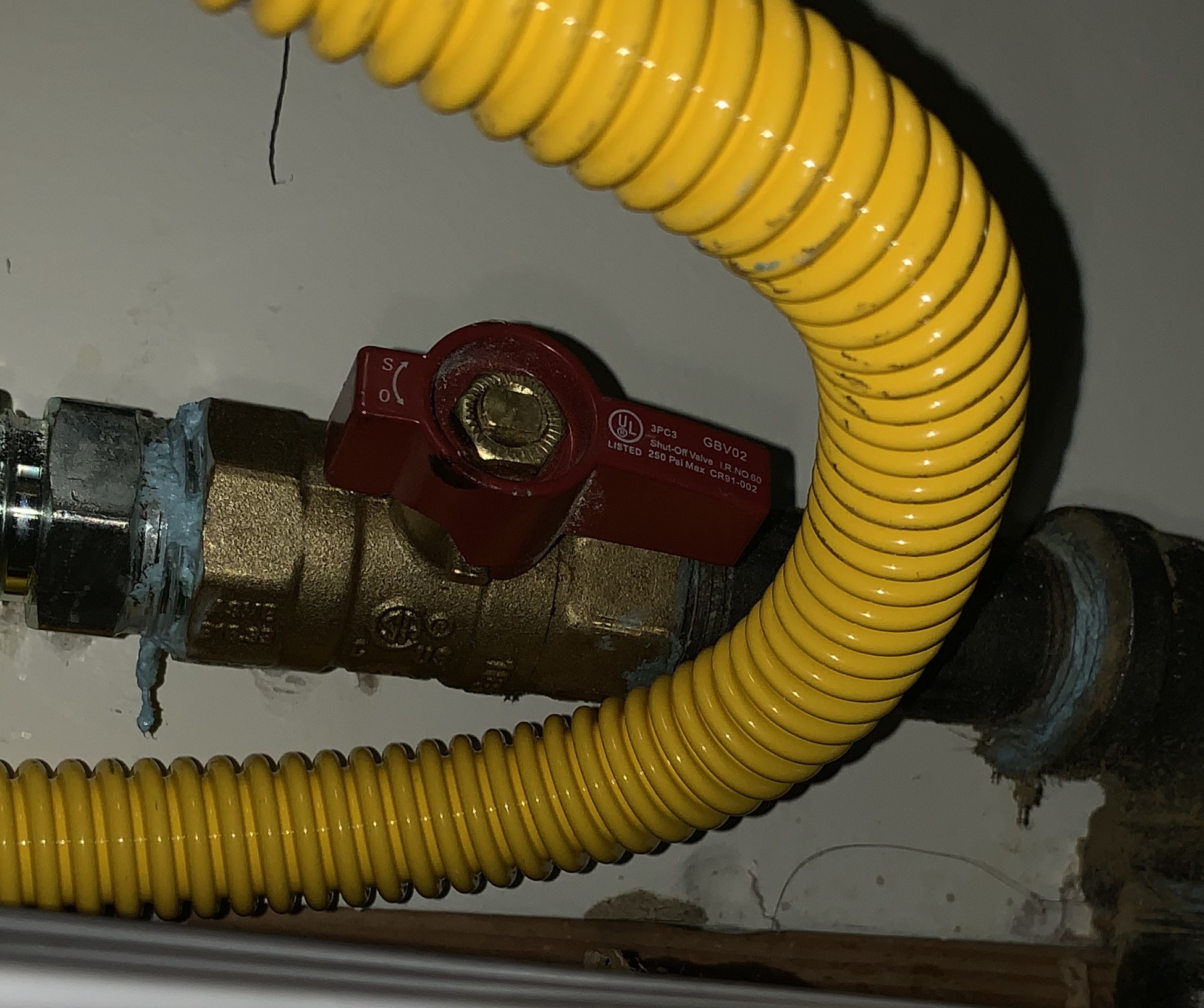 I think the red lever has lost the pin or protruding part that would act as the stop for normal operation. For your safety, and others, it would be a good idea to get it replaced - if just the lever needs replacing then that is easy. But if the complete assembly needs replacing then in some places you will need a qualified gas fitter.

Not the answer you're looking for? Browse other questions tagged valve natural-gas or ask your own question.