I need to hang the large TV board onto my wall. The wall is 1/2" drywall mounted onto 3/4" thick wood furring strips which are mounted onto cement block. The TV board has 3 wood blocks that are to be mounted onto the drywall and will marry with the three blocks mounted to the rear of the TV board. None of the blocks line up with the wood furring strips. I feel I need to add additional anchors besides the 3 wood blocks with a TV board this heavy. What are my options to mount this large board with confidence? Thank you.

cut holes in in the drywall and use expanding bolts and spacers to mount the wood blocks to the cement block wall.

I recently had to repair a closet treatment that pulled the drywall screws from the wall. I wanted to ensure a more solidly attached french cleat and used what I've found are called "self drilling wall anchors."

Amazon sells a pack of 30 anchors with matching screws, which are rated for fifty pounds capacity. I used many, spaced about six to eight inches to prevent too-close breakout.

As with your configuration, there was insufficient space behind the wall to allow the entire anchor to thread into the wallboard. I resolved that problem by using one anchor to drill the "pilot hole" then snipped off the pilot ends from the anchors being placed. This allows the anchors to be installed flush with the wall and permits the maximum strength. 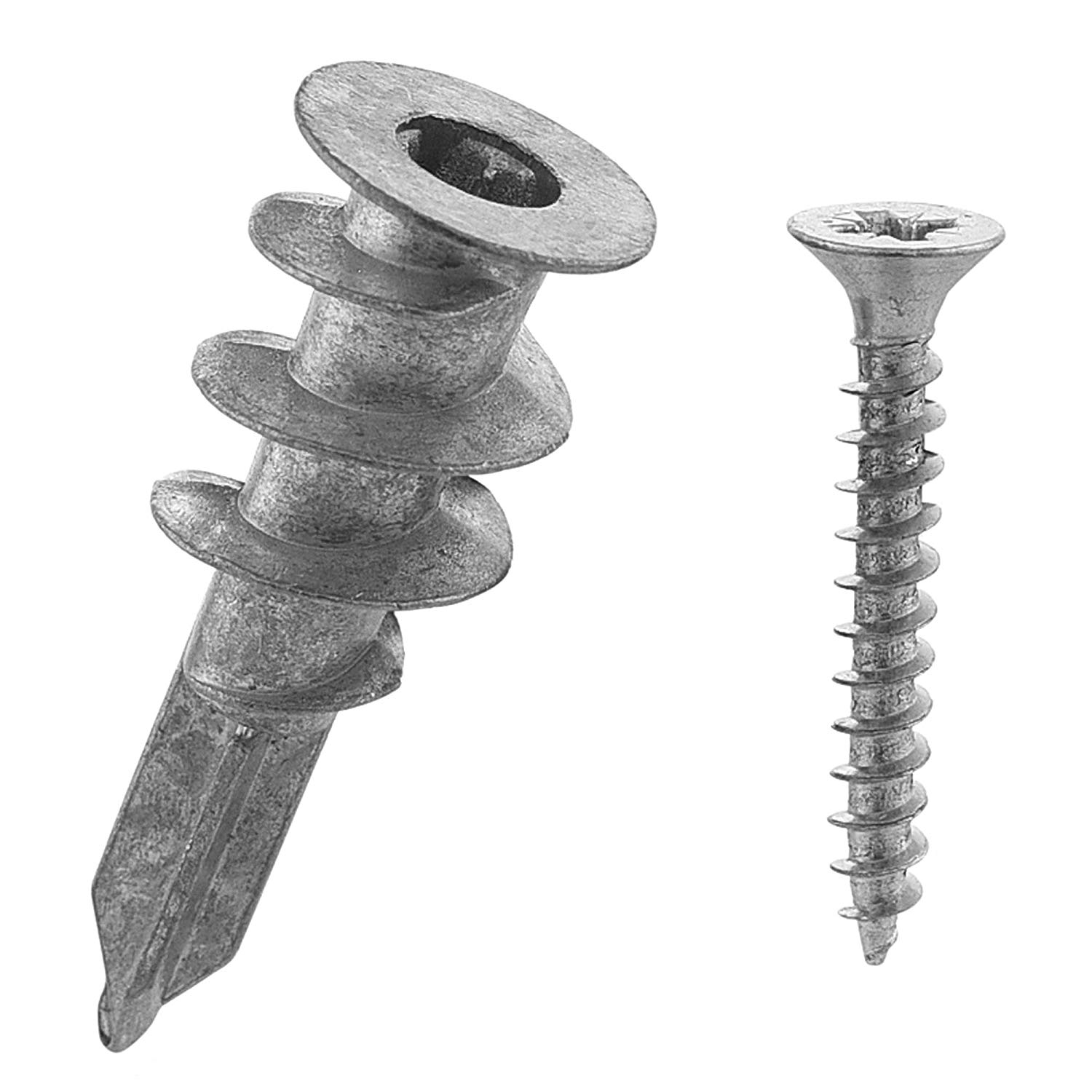 Not the answer you're looking for? Browse other questions tagged television board or ask your own question.

1
How do I mount a 70" TV to wall when the studs are in the wrong place?
2
What's the standard way to mount wooden board to concrete wall?
0
Mounting TV on Thick Drywall + 1" Stud + Concrete blocks
2
How can I mount a TV with widely-spaced studs and weak wallboard?
0
Any idea what I'm drilling into?
0
Mounting a TV to Concrete Through Wood Paneling and Air Gap
1
What is my 3/8" concrete drill bit hitting in the basement wall and not penetrating when I try to mount a TV?
2
Mounting articulating Arm for TV (43”) to wall with metal studs
2
Can I use toggle bolts to mount a tv on a barnwood wall?
1
Mount Heavy TV onto re-patched drywall