Where to find main shut off switch for breaker 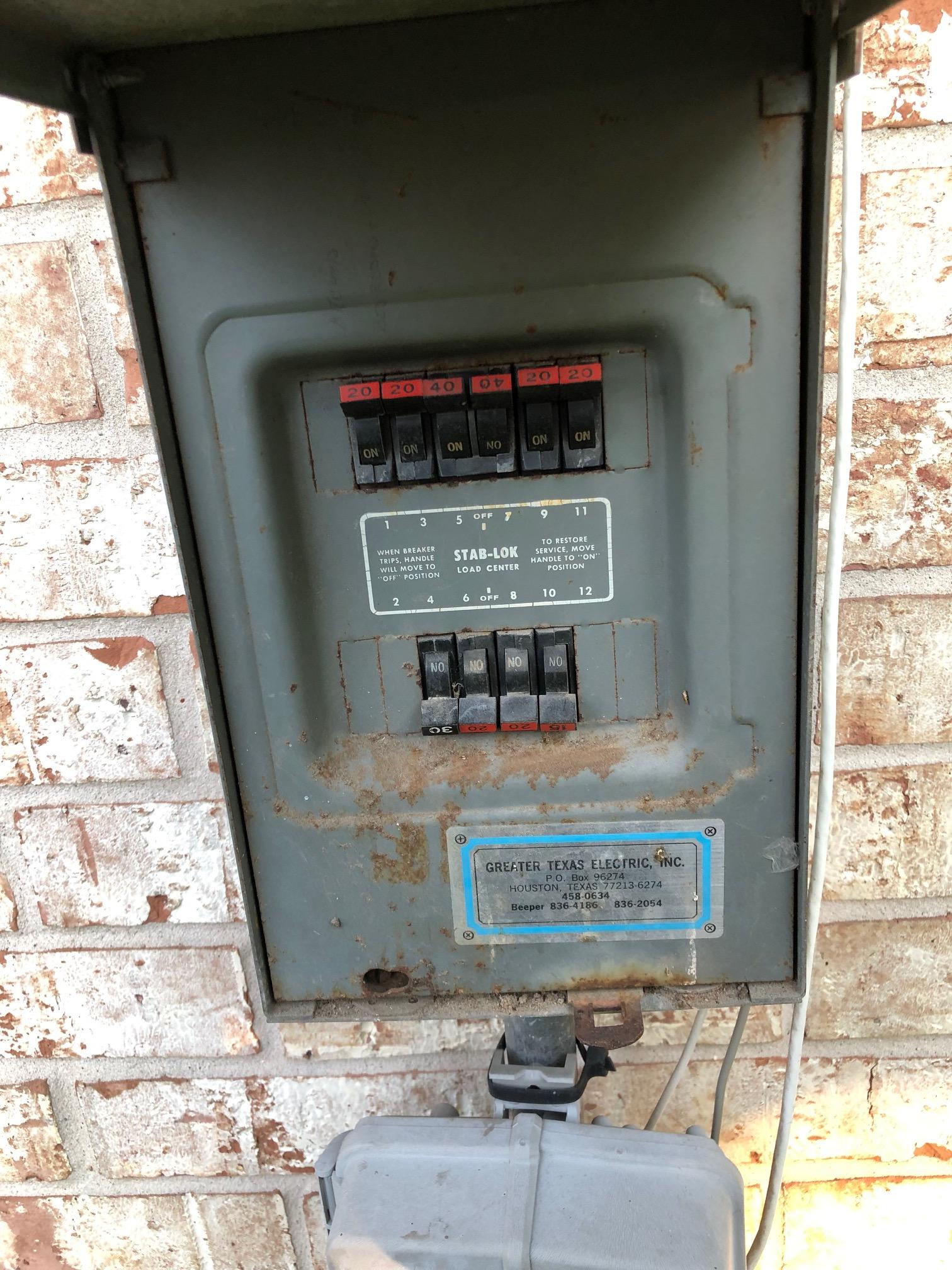 You may have what is called a Rule of Six setup. This means that more than one, but no more than six, separate switches need to be turned off to turn off all power to the building. As I understand it, this was allowed many years ago in order to make large panels without having a really big main breaker, but it has been used in many different ways. It is not the normal way to do things today - I'm not sure if it is even allowed for new installations, but old "rule of six" installations that are functioning OK are grandfathered.

For example, in my house there are two pairs of fuse blocks to be pulled out in each of two fuse panels that came with the house (or at least have been there for a very long time) plus a main breaker in a subpanel added with my kitchen remodel, for a total of 5 items to be pulled or switched to cut off everything. If/when I finally get this all replaced with one nice big breaker panel, I will need to have the electric company pull the meter/cut power to do that. Of course, I'll want them to increase my total service at the same time, and the end result is a lot of work and money and..."someday".

You may not have one. I’ve twice owned houses where the main breaker panel did not have a single master breaker.

In those cases, shutting off power to the whole house involved having the professionals physically cut the lines where they reached the house. I chose to have a new breaker panel with a master shutoff installed in each case.

You have a larger problem here than your inability to find a main breaker; namely, that your panel is one of those infamous FPE Stab-Lok firestarters. I would have the meter pulled (or "pulled", most smart meters can disconnect the power to your house remotely upon utility request, and your average utility will do it for free if you call them during business hours) and this panel replaced with something of modern make ASAP.

Given that this panel never had room for anything other than a backfed main breaker to begin with, I seriously doubt it's anything more than a 100A unit, so a 24-space or 30-space, 100A, main breaker, NEMA 3R (outdoor) panel will suffice as a replacement. That will take care of both the FPE fire hazard and the fact this panel violates the rule of six (it was intended to be used as a subpanel or a rule-of-six main panel with six two pole breakers, but was configured improperly by an installer who didn't know any better), all in one fell swoop.

27
Should all Federal Pacific panels be replaced?

5
Why doesn't the main breaker shut off power for house?
4
How can I shut off circuits when I have a generator with an automatic transfer switch?
2
Main breaker on load center won't open
0
main two pole 32 amp breaker tripping problem
2
Power everywhere after turning off the main circuit breaker
0
Lennox G16Q3-50 Furnace with AC, Door Interlock Switch and Main Circuit Breaker
3
Why does my circuit breaker trip after everything in room is shut down?
1
Can't Find Main Panel Breaker
8
Can I add a breaker to my main disconnect panel?