Are lightbulbs in a wooden range hood safe?

I'm building a wooden range hood and I'd like to know if my lighting setup is safe. I have two recessed fixtures with 5 watt LED bulbs. I know that LED bulbs don't really get too hot, but is it a bad idea to make the hood as I did? Should I use some sort of heat shield? The bulb is about 1/2" away from the wood, which is 1/4" plywood. Also, is it a bad idea to have bare wires lying on the wood? Pics are below. 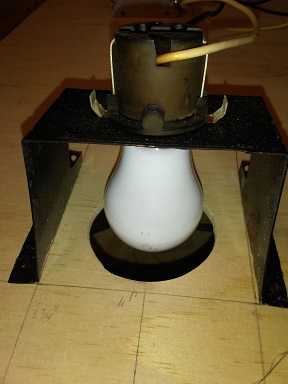 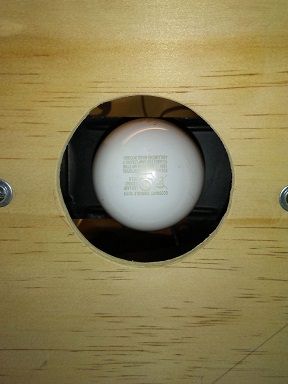 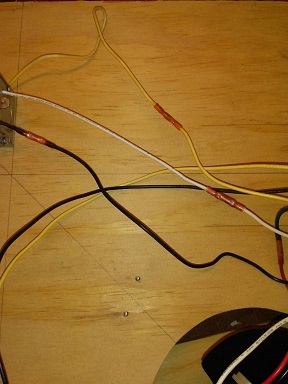 You need a heat shield if your fixture is capable of taking an incandescent bulb.

It is an immutable law of nature that if your fixture has an Edison or halogen socket that an old style light bulb could possibly screw into, someone will try that.

If you want to engineer that concept out of it, then look at IKEA or other LED lighting, particularly low voltage lighting, which is socketless and cannot possibly be accidentally swapped for an incandescent. Given the unbelievable versatility allowed in LED lighting, there's no reason to stay with rather sad omnidirectional "acts like an incandescent" screw-in replacements. LED light is the first kind of light that is not omnidirectional, it's conic, and that's awesome because most applications actually want a cone of light, not a sphere. You might as well make the most of that feature - for even more efficiency and cool running.

Speaking of cool running, watch your temperatures. LEDs do not like being hot.

I strongly recommend against having any flammable material (wood) anywhere in, on, or around your hood. Light bulbs are the least of your worries -- imagine a grease fire. With a "normal" all-metal hood, the risk of the fire quickly spreading beyond the pan & stovetop surface is far less than with your wooden hood.

Not the answer you're looking for? Browse other questions tagged electrical wiring light-fixture fire-safety or ask your own question.

0
Upgrading to LED Bulbs
1
Oven Hood Light Fixture Borked - Help Please
1
Replacing LU70 High Pressure Sodium Bulb with LED?
2
Derating a dimmer when using LED lamps?
2
How do I know what LED bulbs are safe to use in fixtures that are part of construction?
1
LED Flat panel wiring — Type NM/Romex or Lamp Cord
0
Certain light bulbs not working in fixture