I've never seen this setup before and was wondering if others had. One of the switches powers a ceiling light in the foyer and the other powers two outside lights on the front porch. Right now neither work and I thought maybe replacing the switches would work but I'm perplexed on how to wire this up properly.

Any help would be much appreciated! 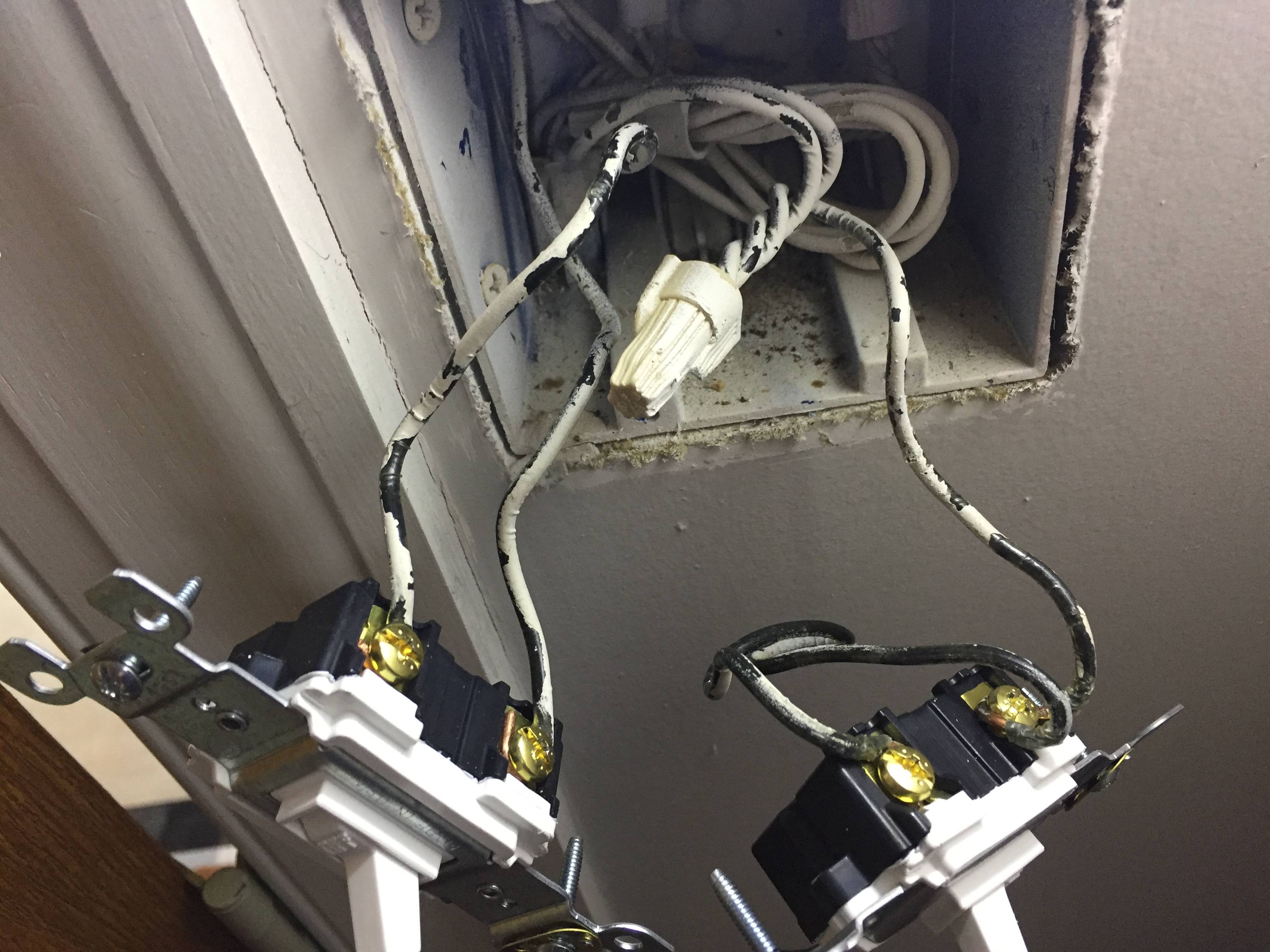 From that live junction, it then feeds the switch on the right, and then the loop going to the other terminal of the same switch is clearly in the wrong place.

I'd guess that the two wires to the left switch are the two switched feeds out to your two loads, so you need to swap one (back) with the loop wire on the right switch, such that the feed goes to both switches, and the switched sides are one to each switch.

How exactly did these wires get swapped? It clearly has not been like this from the beginning.

That didn't get that way by itself.

In multiple-switch situations, it is quite common for both switched devices to be powered from the same circuit. Hot wires are switched (neutrals aren't), so we are working with "hots".

A switch connects supply hot to a switched-hot wire (that is only energized when the switch is on).

Since both switches use the same supply, the supply wire must be "split" to both switches. There are several ways to do that.

Not the answer you're looking for? Browse other questions tagged walls switch or ask your own question.

5
How do I replace a single pole light switch with a programmable timer switch?
2
Can two light fixture switches share a neutral?
0
Are ungrounded three-way switches dangerous?
1
Two white, two black, two ground, and red wire in ceiling box connected to switch
2
Wiring a ceiling fan and light switch with two three-cable wires
4
How do 5 light switches in 2 boxes with all black wires work?
2
Two wall switches and remote ceiling fan/light questions
2
How to wire a switch with two black wires and one yellow wire?
0
Two switches have to be ON for light to work