I am installing a simple IKEA ceiling light fixture. The new light fixture has a neutral wire, a live wire, and a ground wire.

My current old light fixture has 4 wires: white, red, dark blue or black, and copper wire. And here is how it is connected: The white from ceiling to the white in an old fixture. The black from old fixture to both the red and black/blue ( 3 cables in a cap). The ground from the ceiling is just hanging.

How should I connect the wires? Please see the attached picture of the current situation. I also included instructions of the new fixture. 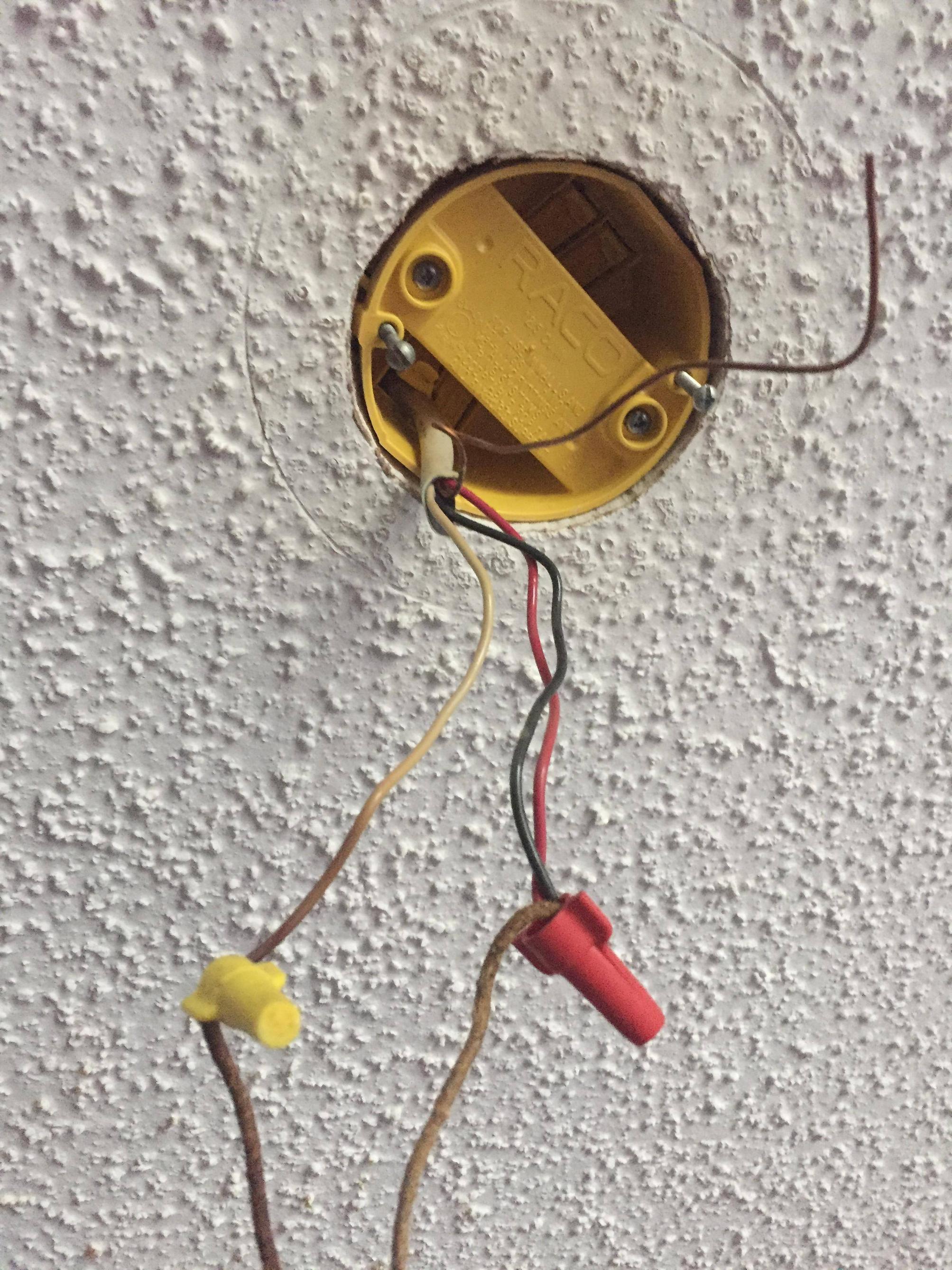 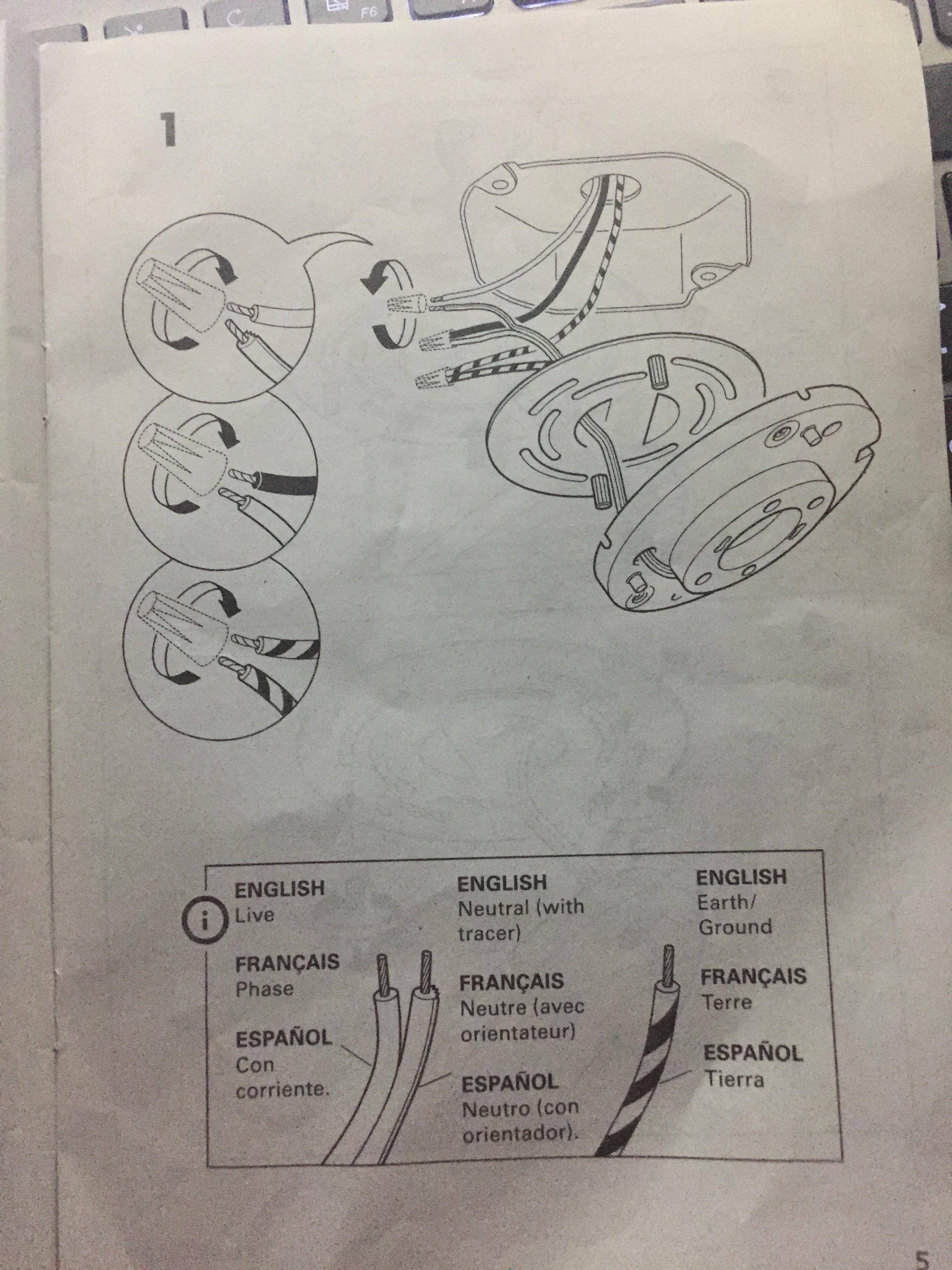 What not to do

We get people who find 4-12 non-ground wires they don't understand, and so they take them all apart. I call this "trying to learn electrical by disassembling your house". Every wire is now separated and splayed all over the box, and they ask "how does this hook up?" And we tell them

Wire it exactly the way you found it

And you can (unlike some people).

We don't need to worry about ground, so for purposes of getting the wiring right, we can totally ignore ground. Grounds are always and only bare, green, or yellow with green stripe. So ignore those; we'll come back to them later.

It's obvious which wire from the ceiling is neutral. Neutrals are supposed to be color-coded white or gray, and there's only one wire that could even possibly be. So neutral is identified; hook lamp neutral to it. Done.

What remains? Hot. Hots are usually every other color not mentioned. We find 1 wire from the lamp which is obviously hot, and two wires from the ceiling that, they seem like hots and nothing contradicts that. What is up with that- we really don't care, the point is, that is how we found it, so we hook it up that way unless it's an obvious code violation (and it's not).

So your new lamp hot goes to those 2 black/red wires. I really don't care why.

Now, let's revisit grounds. Hook all the grounds together. In fact, it's best to do this first and push the grounds into the back of the box; however I just did this sequence because it's easier to describe.

So what is up with those two hot wires?

Until the lamp is installed and working, I don't care because the first rule is wire it the way you found it. Now that it's wired, working and tested, we can think about that. Often, black+red is used to provide separate control either for a light and fan, or for separate groups of lights (e.g. hi/lo, or groups in a chandelier). Typically you find two switches on the wall in this type of installation.

If you have 2 switches and the light is on unless both are off, that's what's going on here. In that case, you should revisit this installation and remove one of the wires from the wire-nut and cap it off (it will be hot so it must be insulated). Don't cut short or otherwise destroy the wire, because the next person might want that feature. If the switch which now controls the light isn't the one you want it to be, exchange hot wires at the light.

I do not recommend attempting to do both things in one action. Hook up the new lamp exactly as-was, then test and confirm it's working as expected, then modify the circuit.

Do you have a double switch on the wall? The red and black wires in a three core at a light fitting are usually intended to be separate feeds for a fan plus lighting fixture. If you look behind the switch you may find the red and black commoned together there too, if a double switch wasn't fitted. Usually the unused one is just capped off at the light fitting with a wire nut, but it doesn't matter if the two are paralleled.

For the new fixture, white connects to the neutral (ribbed wire), black+red stay commoned and go to the other wire, and the yellow/green to the bare wire.