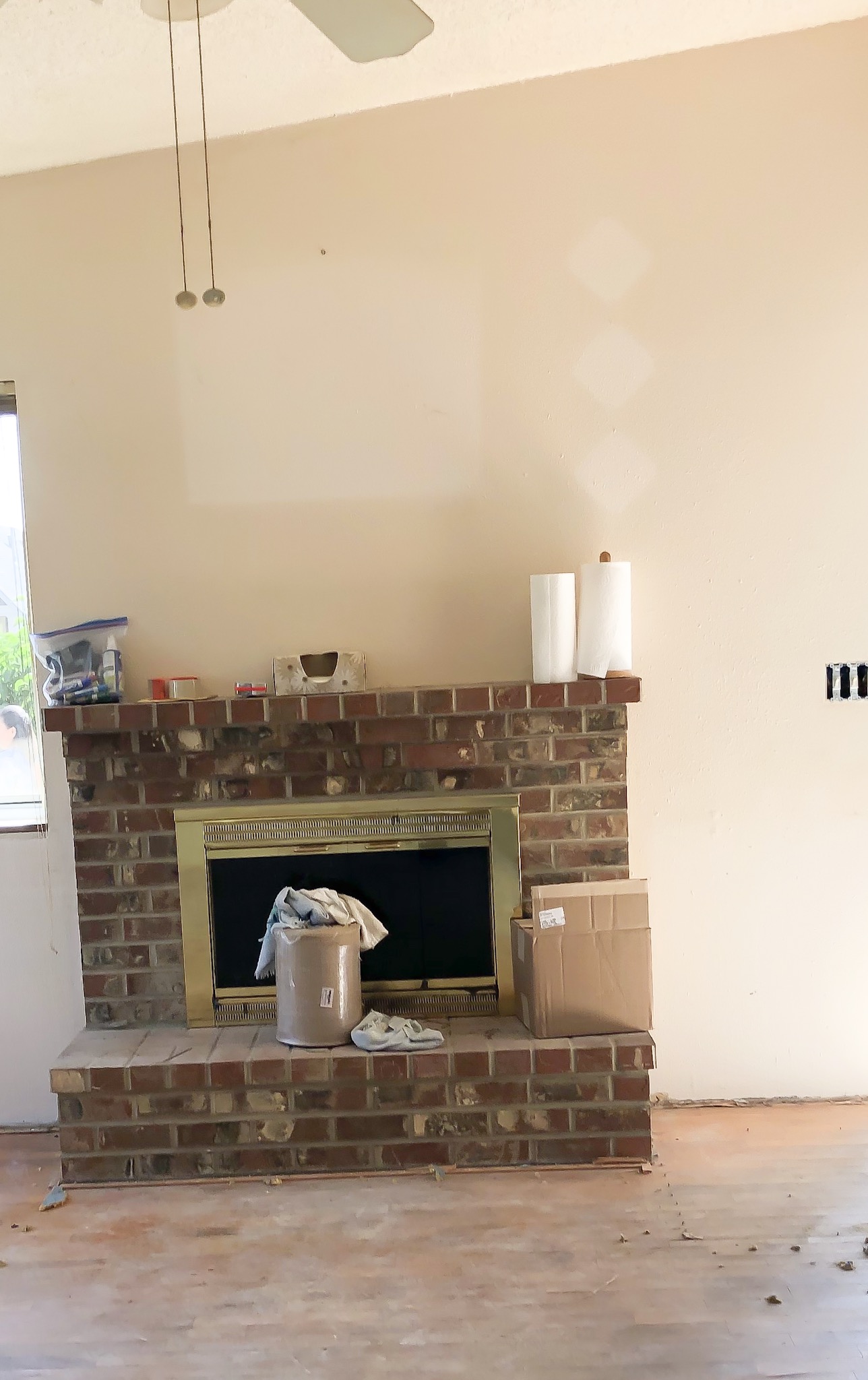 I know I could remove the hearth but can I remove the front area of the fireplace? Basically remove 1-2 bricks to make it flush with the drywall. Would that cause any structural issue?

Also what do I cover the brick? I assume there is some high heat drywall ? The new inset firewall will have a glass door

I have done similar to what you want to do, first check local code the fireplace even if an insert is being used requires 16 or 18” in front of the fire box opening (hearth or non flammable surface but it can be at floor level). The “face brick” is usually only 1 layer thick but at the opening it becomes solid to the back of the chimney. The hardest part in reducing the brick is usually there is a steel support in the form of an angle iron at the top across the opening 1 brick back possibly 2, so going any further creates a lot of work to properly support the opening but it can be done. As far as the material over the brick, I have used cement board or backer board just like using Sheetrock, several of these I have done with a stone veneer around the opening. Just an fyi trying to use sheet rock within a foot of the opening tends to be a bad idea I usually want several feet. the Sheetrock yellows and starts falling apart due to to the heat over a few months, I have used cement board on 4 of my homes. 2 I lived in for 5-10 years with no issues 1 my family still owns after 35 years and it has only been repainted so it has held up well and my current home has backer and tile but it is only 5 years old (I expect it to outlast me). So look at your top opening see if you can tell where the steel support is as all 3 of the face removals I have done had this on brick chimneys. The steel is needed on my first one I had a brick mason help me / teach me how to support the brick once I had removed the angle iron (basically cutting slots on each side that a new angle was slid into then filled with fire clay to support the brick and seal the opening), I hope this helps , I bet you can also find other ideas but this is how I have done similar jobs with really nice results.

Not the answer you're looking for? Browse other questions tagged fireplace or ask your own question.

2
How To Level Uneven Fireplace Hearth Concrete?
4
How can I add a fireplace to an existing non-fireplace chimney?
1
Electrical for built-ins and fireplace insert
0
Removed Outer Brick on an Old Fireplace. Need Advice on how to re-finish
0
Firewall / Hearth thickness - Building Fireplace for Gel Fuel
0
How can I fit a door to my 28" wide fireplace?
1
Wiring between chimeny and brick facade
4
Frame drywall around brick fireplace
0
Convert gas wall heater to inset fireplace