How do I find out what is under this ceiling cover for hanging a Charleston/Joshua Swing?

I'm the second homeowner, the original homeowner has reported this is an addition, that they only had a deck. The company that built it is no longer in business. The County Inspectors office doesn't have record of anything older than 6 years they say. I have no blue prints of the home, or this addition. Any suggestions on what I should look into next?

My goal is to hang a Charleston/Joshua Swing that is ultimately a twin bed swing. My husband brought up a good point about if the structure can handle the weight of a cedar swing + 2 adults + 2 dogs (we are unsure of the swing weight, as I haven't purchased yet because I can't just return this thing, so we are estimating 1000lbs total as a safe bet, hung from 4 points).

We have looked at having a structural engineer come out and look at this, but they've said we are looking at $450 minimum, PLUS, them talking down the bead board, causing who knows how much damage or cost to repair.

Any additional suggestions/ideas are gladly welcomed! Thanks 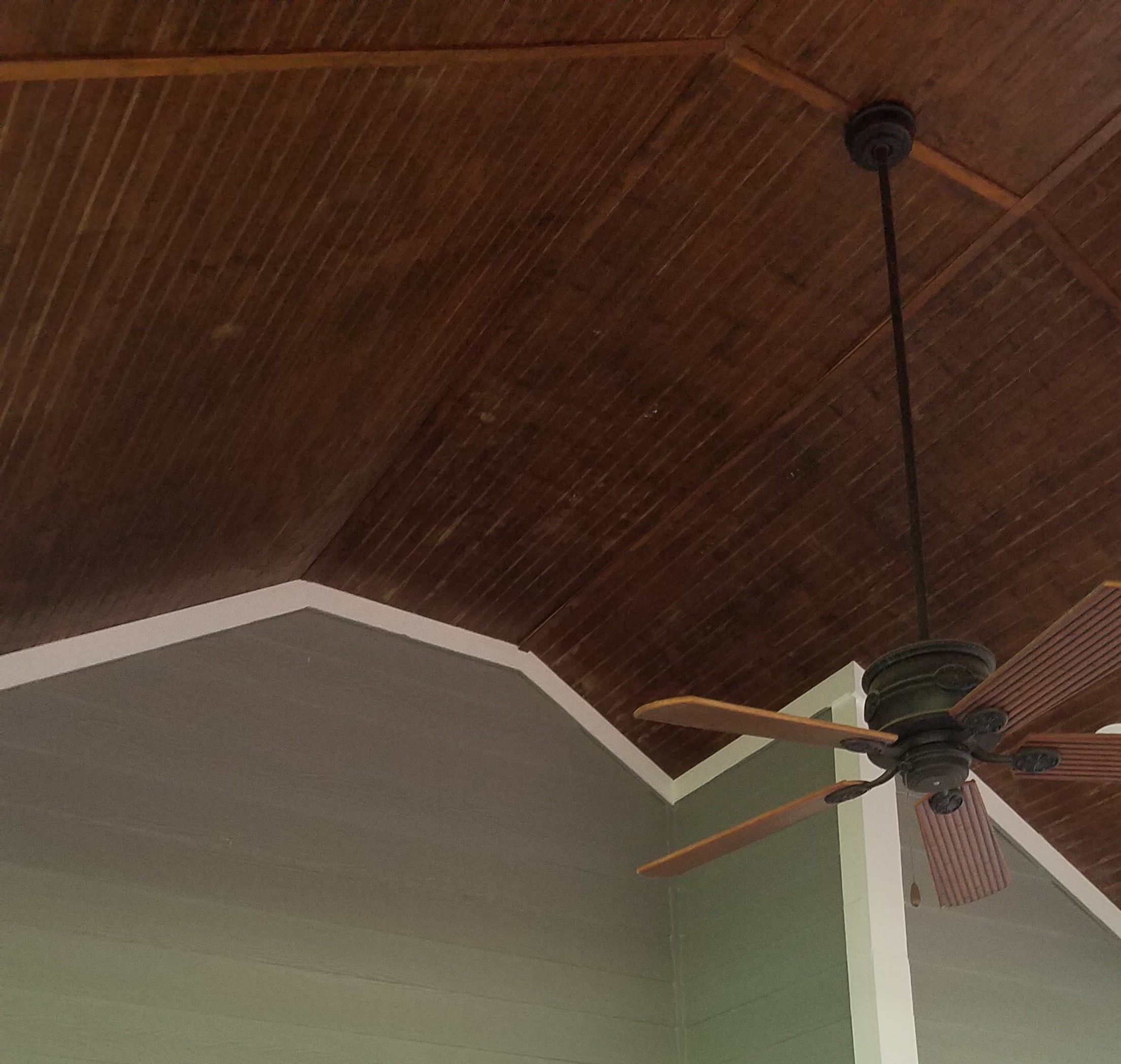 This isn't a complete answer, but neither is it appropriate as a comment ("to ask for more information or suggest improvements")... Just a few suggestions as to how you might get a little more information about the structure.

There's probably some eave overhanging the wall outside the space. The height of the fascia would probably reveal the vertical dimension of the rafters, because typically the eave is simply the result of the rafter tails extending beyond the wall.

Edit: The above may or may not be a useful approach. When I wrote it I was thinking of a soffit detail in which the rafter is simply cut vertically, as in the first drawing below. Not surprisingly, it turns out that there are other ways of doing this -- if the rafters are tall then the tails might also be trimmed horizontally to reduce the fascia height and move the soffits upward as in the second drawing. 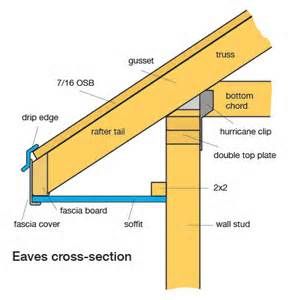 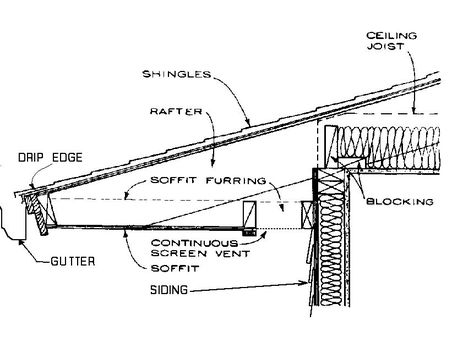 Another strategy is to drill a small hole in the ceiling somewhere. Probe into the hole with a wire to measure the depth of the space inside and come to some conclusion about the thickness of the rafters.

If a visual of the space is important consider renting or buying a borescope, also known as an endoscope. These can be had as cheaply as USD$20 for a USB model which you'd view with a computer or mobile device, or at a higher price for one with a built-in screen, higher resolution, etc.

You'll need to know something about the spacing of the rafters as well. This also might be apparent at the exterior eaves. If you can see subtle undulations in the roofing surface these would also reveal the spacing between the rafters. Visible fasteners holding the bead board to the ceiling may also, and invisible fasteners might be detectable with a magnet.

When you know more about the structure you'll be in a better position to decide whether to "wing it" and just hang the swing, or whether some engineering might be appropriate.

Following up on Jim Stewart's suggestion...

An alternative to finding a support beam strong enough to support 1,000 pounds, drilling a hole and screwing four heavy duty eye bolts would be to build a support for the day bed. The support would be free standing - could be moved - and would not stress the ceiling.

I don't mean to put words in Jim's mouth but I think his concern with your ceiling is that you don't have a truss roof. Here's what the frame of a truss roof looks like. 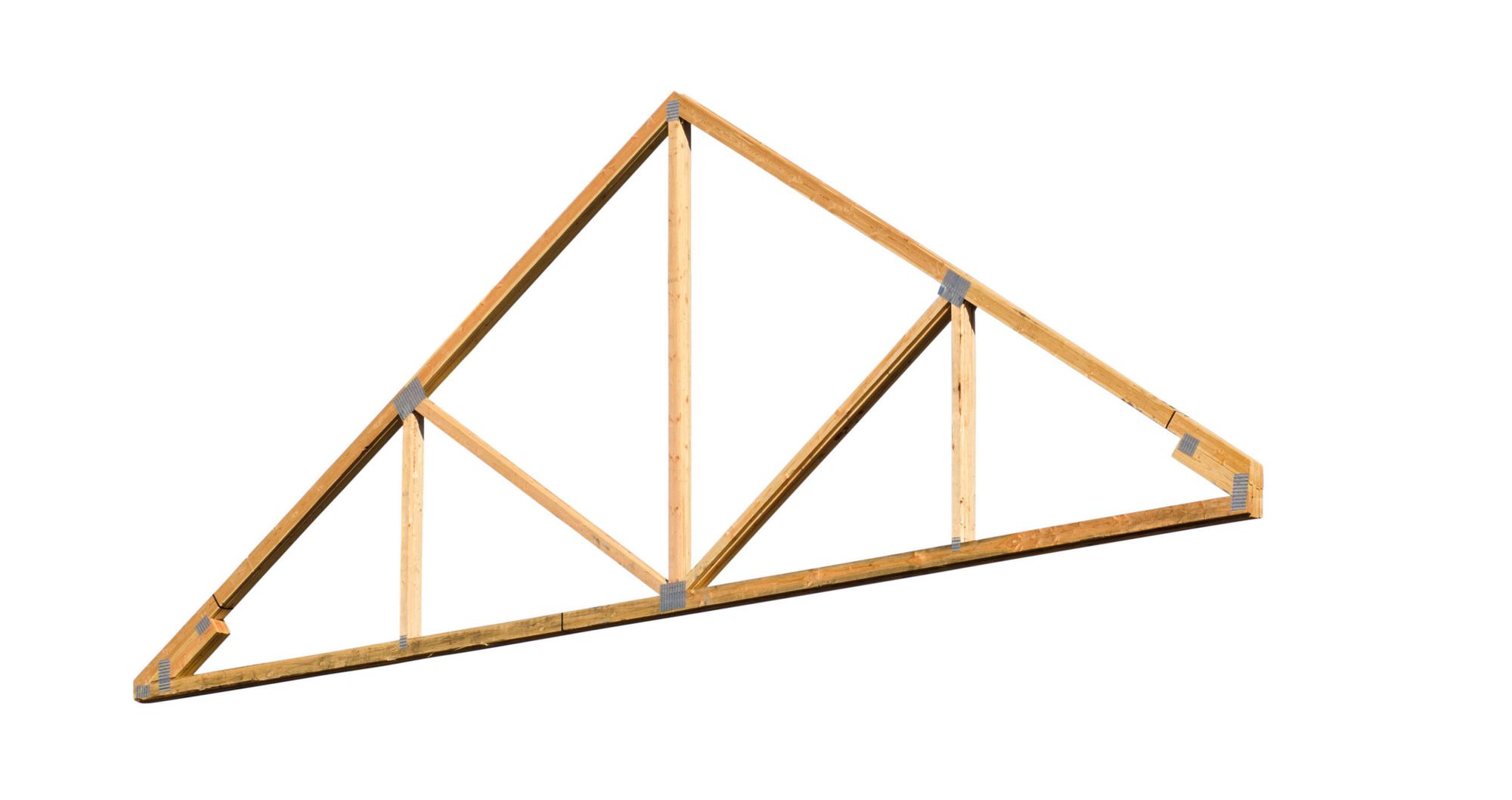 If you had a truss roof you would have an attic space and your ceiling would be supported by the horizontal portion of the truss. There would be much more strength to support a suspended day bed. It looks like your ceiling is attached directly to the underside of the roof supports. Plenty strong to support your roof but if you add the weight of the bed and occupants real damage could occur.

Here is one way to build a stand - something with an "A" frame: 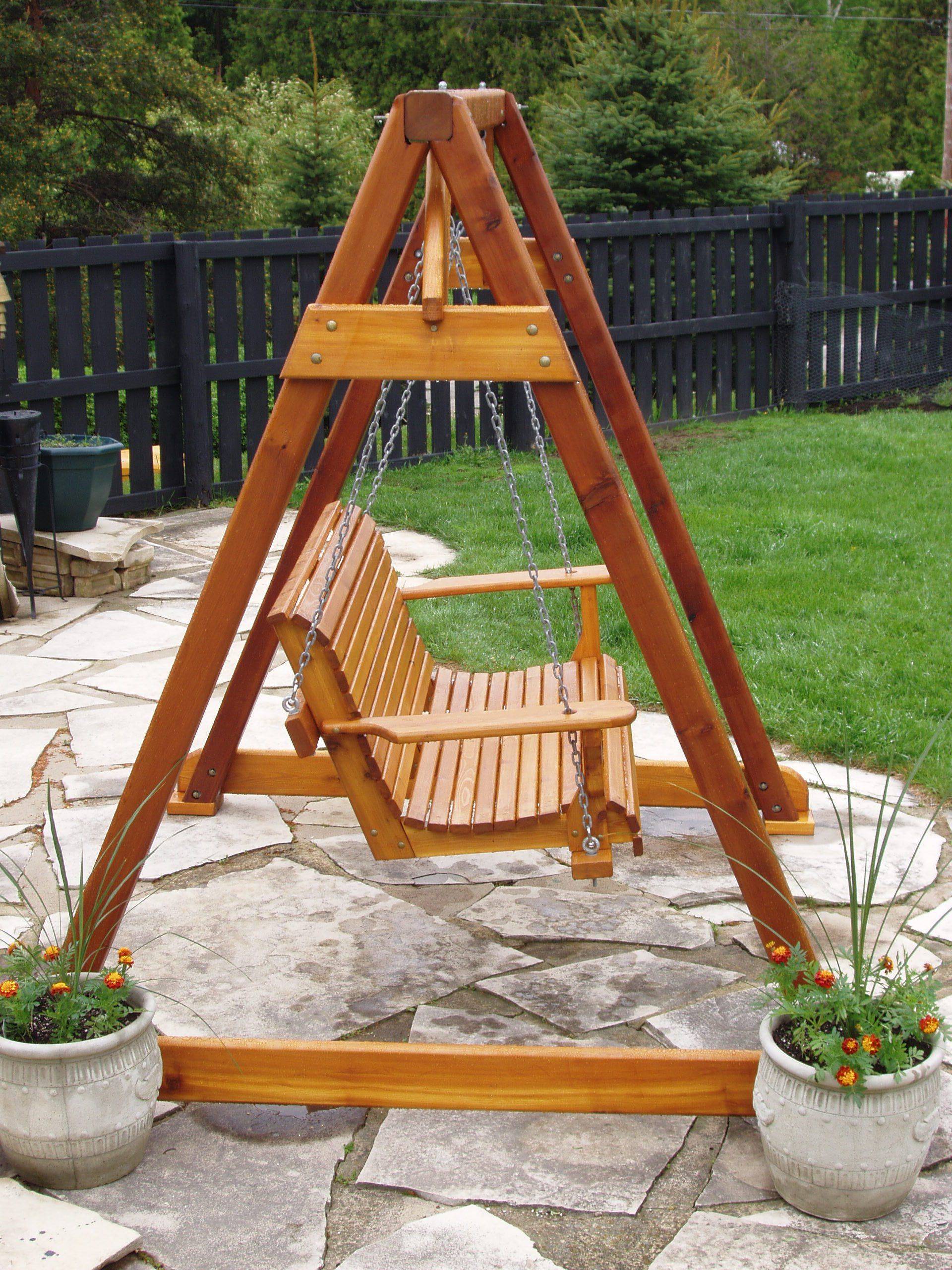 You'll have to use your imagination for a day bed. The base of the "A" frame would be wider and deeper and you have to imagine a day bed instead of a bench.

There are other ways to design a support that sits on the floor to support a suspended bed. A square platform with a short vertical support at each corner and then a short length of chain to each corner of the day bed is another.

It's not as sleek as suspending the bed from the ceiling but it:

3
What size chain is typically used when hanging a porch swing?
16
What is the best method of hanging drywall on ceiling?
2
How should I configure the chains for a large porch swing?
2
How to find joists through sheetmetal ceiling?
1
Light replacement for a complicated light ceiling cover
0
What 4x4 lumber is appropriate for a skybed lounger swing?
1
What is this hollow box made of steel hanging on the ceiling?
0
Identifying what material this ceiling is made out of