Mitering an outside crown molding?

Similar to this stock photo: 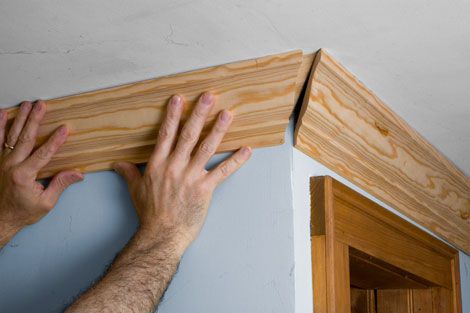 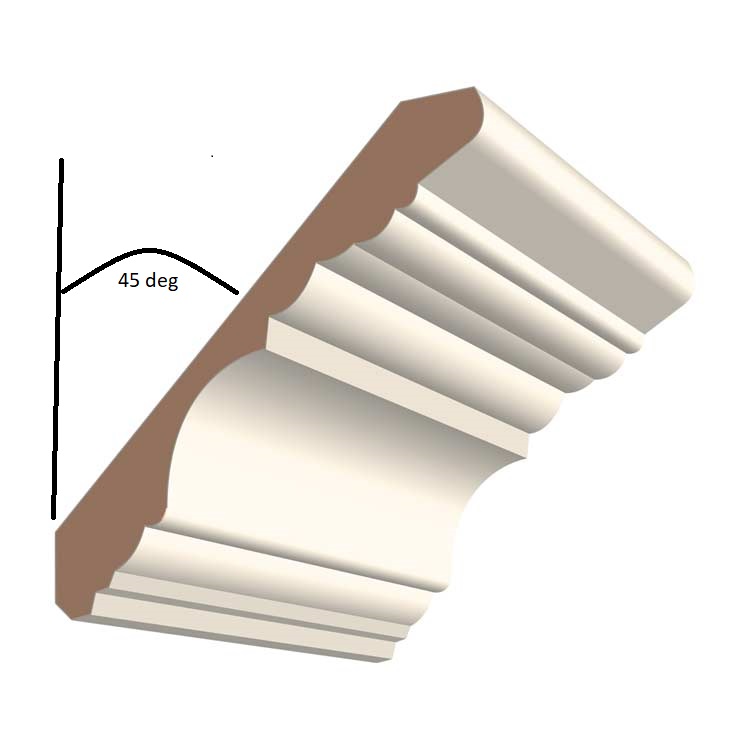 My scrap cut didn't look right and this special order crown is expensive.

EDIT: Pictures of my saw 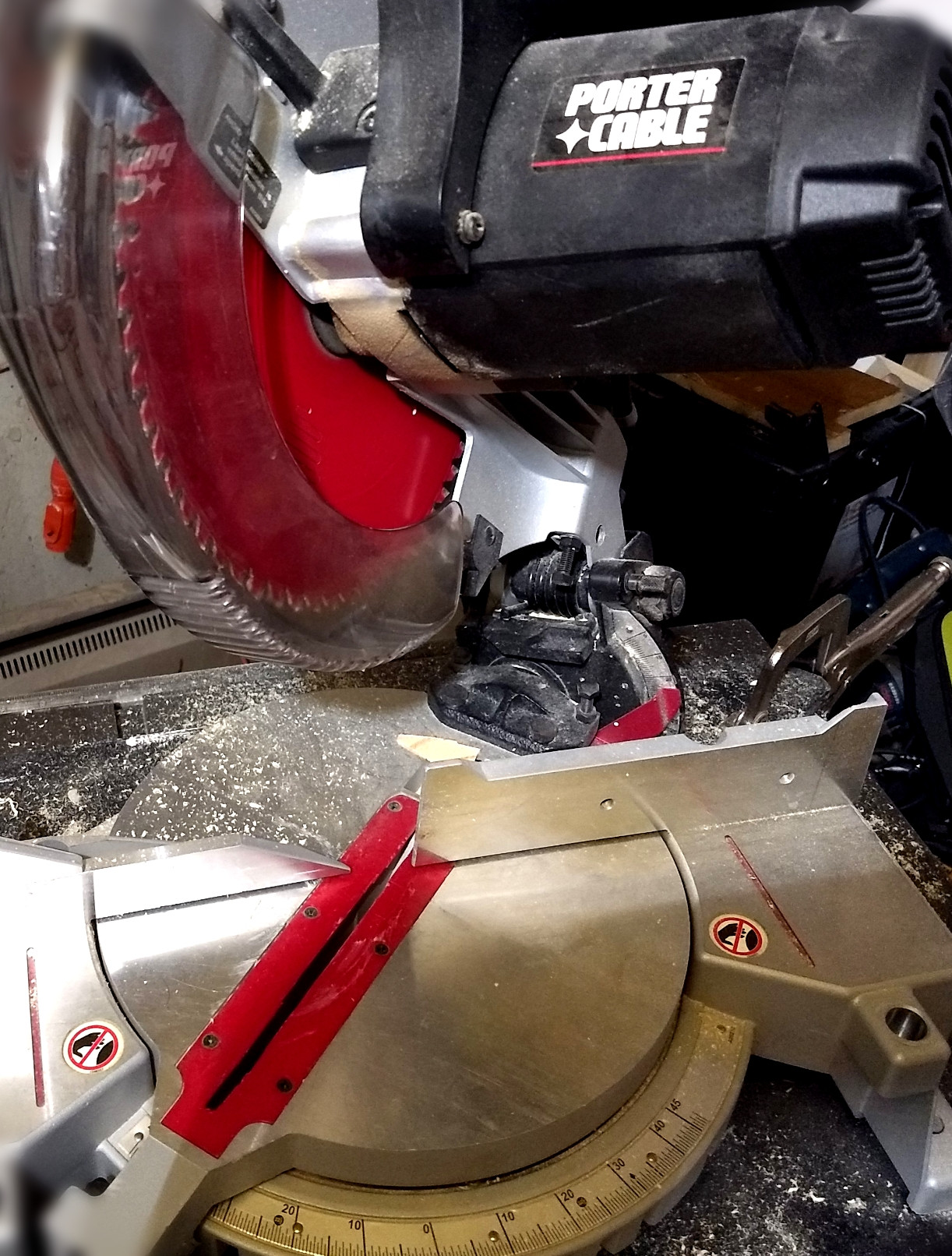 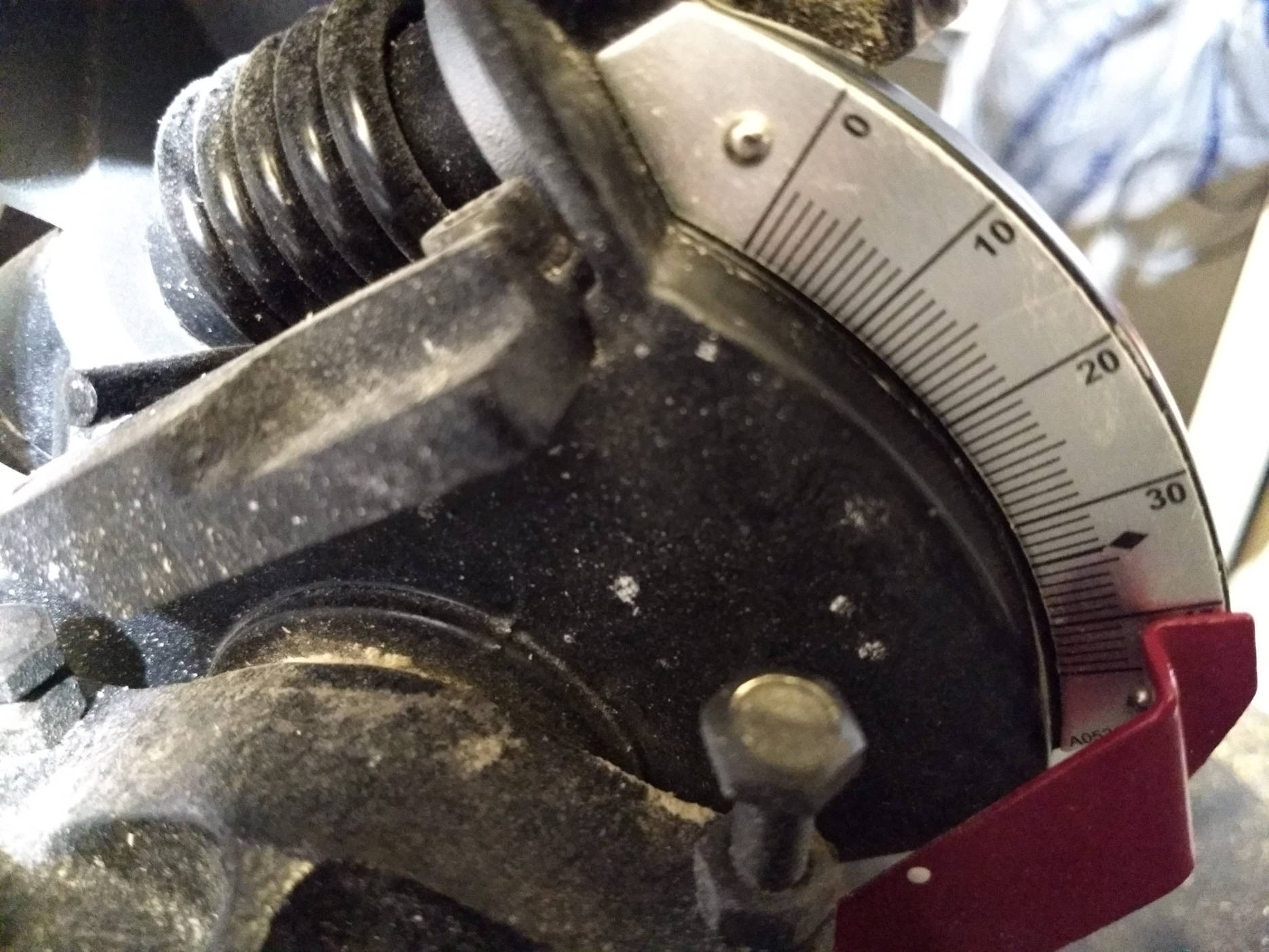 To answer your specific questions, you shouldn't assume spring angle is 45 degrees. Put a framing square on the flats of the crown and you'll know if it's symmetrical or 38/52.

To cut this flat, your bevel and miter angles are somewhere in the 30 degree range. See the link below to figure the actual numbers.

Since your saw doesn't flop both ways, you might consider building a mini sled that holds the crown upside down at its spring angle (45 or whatever). Then the only angle you need to worry about is the ~45 inside and outsides. See tutorial on crown angles

(I'm not saying you need to do this; it's just that only cutting crown with only one direction of bevel will force you to cut upside down occasionally, which is bad for tearout and relatively confusing sometimes.) 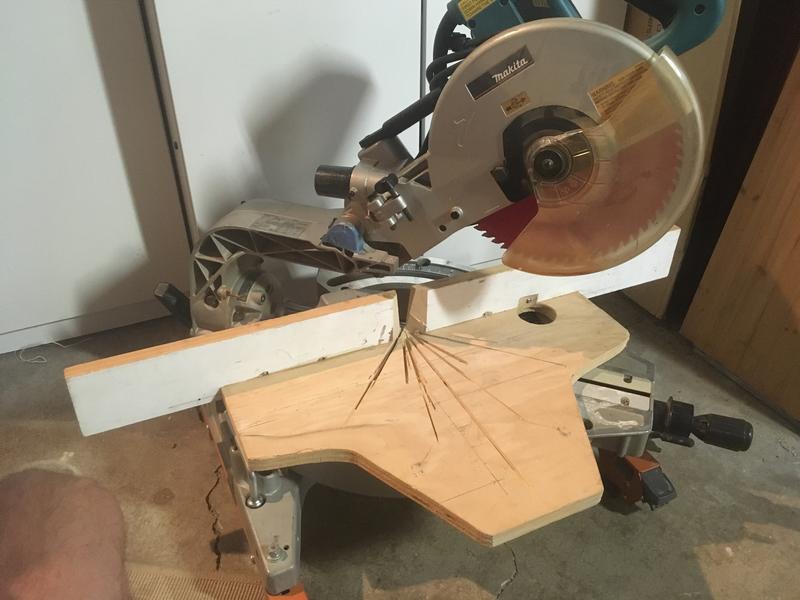 (Not shown: the upright of the sled is bolted to the fence of the saw so it won't move. Clamps might be an option, but they'll probably get in the way.

Terrible picture angle, but set the crown upside down with the flats aligned with the base and the fence: 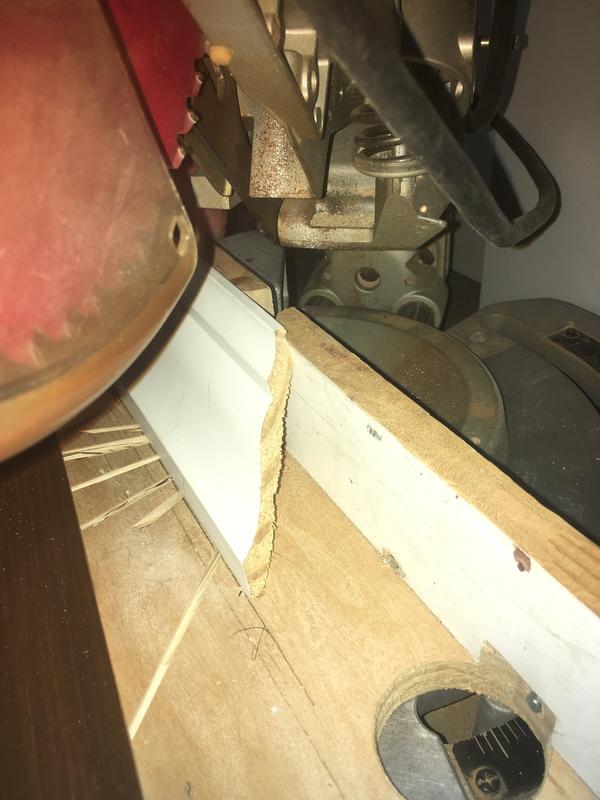 Note the pencil line that indicates where the crown is supposed to sit on the base. Hole in the base so I can see my miter angles.

Finally, tack a straight bit of something onto the pencil line on the sled to keep the crown from slipping out of angle: 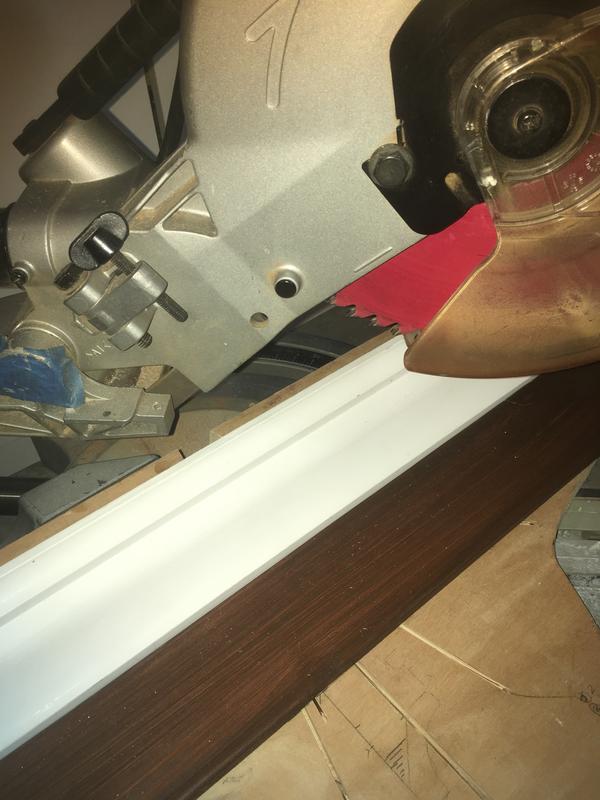 Last notes, if you're meeting up to an existing piece, they may have felt forced to tweak the spring angle just a teensy bit, which will make it hard to match perfectly. Do as much as you can to have extra length while you're whittling away at a perfect fit. Don't expect corners to be perfect 90 degrees, either. If it's paint grade, there's a lot of forgiveness to be found in sandpaper and spackle.

Thanks to everyone for the great ideas which led me to "my" solution.

I bought the Kreg Crown-Pro and although a great tool it lifts the molding to high and my saw can't make the complete cut. 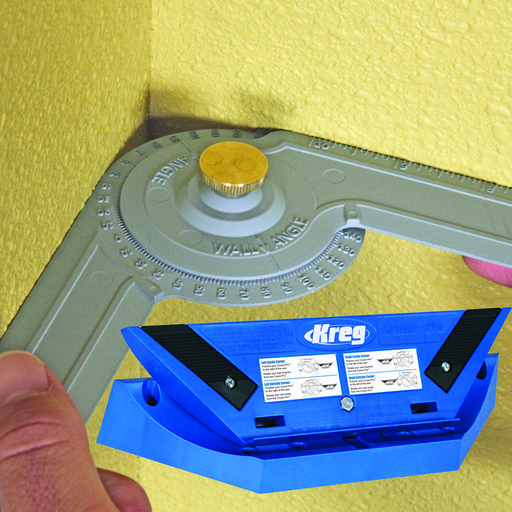 However, the Kreg directions (not the tool) were the key for me.

I carefully clamped the molding to the saw upside down. I used the Kreg methodology to find the angle to cut.

It came out better than I thought.

Not the answer you're looking for? Browse other questions tagged trim carpentry miter or ask your own question.

9
What is the best way to calculate the angle at which crown moulding should be cut?
2
How should I approach red oak crown molding?
9
Can I install drywall on the ceiling, without removing crown molding?
2
What miter and bevel angle do I need for coping 38/52 crown molding?
1
How can I trim around an electrical outlet?
0
Power Miter Saw, Hand Miter Saw, or Jig Saw?
0
Trimming wood floor boards for running wires under base molding
0
How to cut tall baseboard on a miter saw on the flat with an angle greater than 45 degrees?
7
Cut a severe taper (70 degrees) using a compound mitre saw
1
How can I cut railed horizontal fence boards for a 50-degree angle?