Stop Gravel from Washing Away

My problem is that we have a long area of gravel used for parking for myself and several neighbors. When it rains really hard, the gravel alongside the road washes away and becomes a real danger for tires and probably the road itself. After googling (ducking, actually) the best way to avoid gravel washing away, it seems a French drain is the best method to do this. Only part of the lengthy gravel area is affected.

I'm wondering if I can just install a partial French drain for the affected area and leave the unaffected as is or if the lower French drain would cause the upper area to become affected. I don't have to dig to install the French drain on the affected area because I can just fish the gravel out and lay the perforated pipe in so I could do this in a day. However, if I have to do the upper part it will take considerably more time and effort to call 811, dig through at least a foot of gravel and lay it throughout the graveled area.

Also, I have been just going to our local rock quarry and getting crusher run 47 by the 5 gallon bucket which typically only costs about $6 when I get 5, but I have to make multiple trips. This happens at least 3-5 times a year.

There is a low spot, probaby 8-10 inches right under the red car and about 5 feet behind the red car. The area by the back car that has the lip of the road is barely affected. I've only ever put gravel there once. 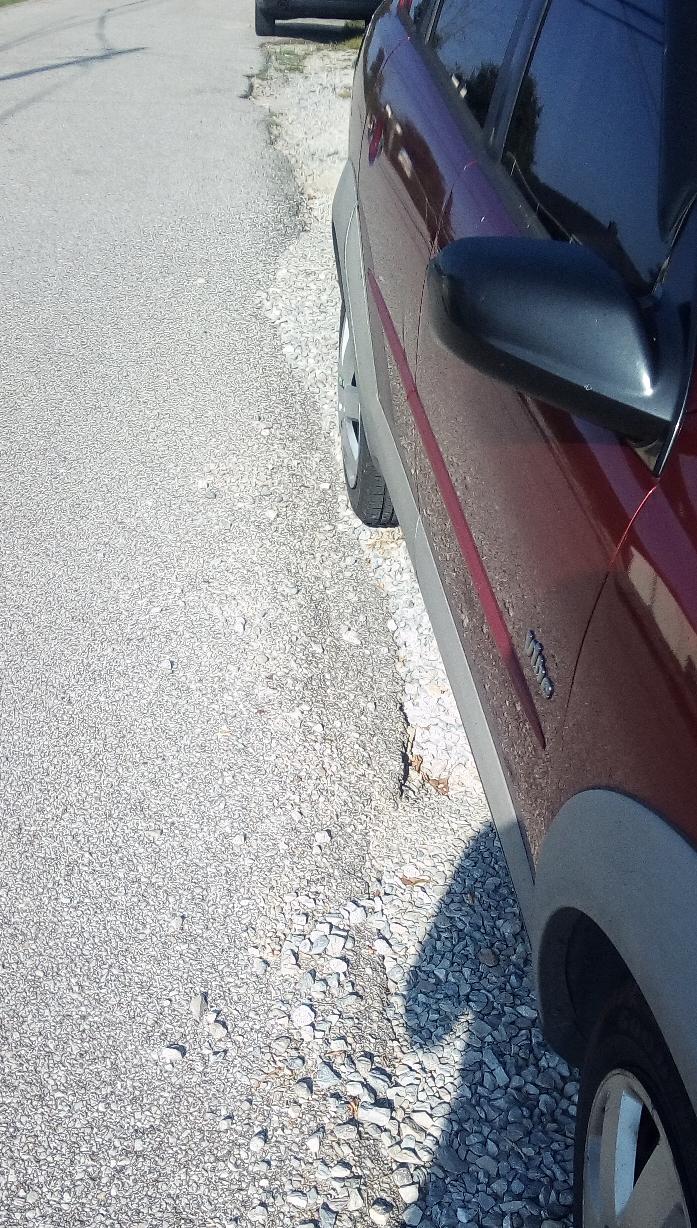 Crushed stone #411 – A mixture of stone dust and #57 stone. For driveways, roads and as a base for retaining walls. It can also be used to patch holes in paved areas. The dust mixes with the larger stone and settles well. Crushed stone is a basic material used in various capacities. It is a widely used raw asset in the construction industry. The extraction of hard rock that is turned into various crushed stone grades is a great economic indicator. Crushed stone is and will continue to be a very integral part of things we build.

If you are working on a construction project and get help deciding what crushed stone grade you need.

There are gravel driveway stabilizer products made to solve this kind of problem. 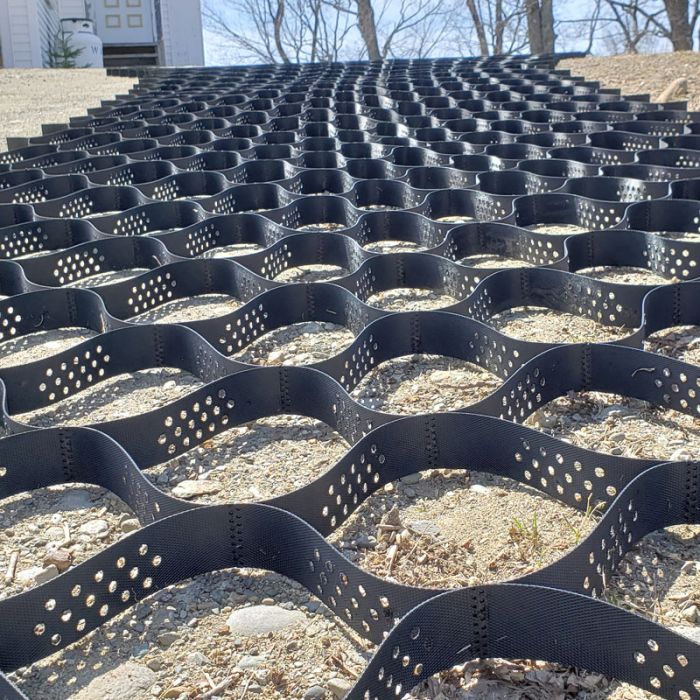 while others are a ridgid plastic 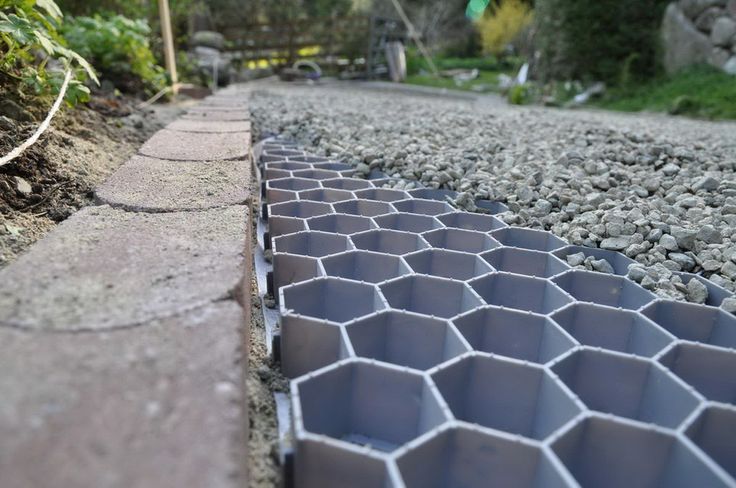 You could go out when it rains hard and see if this is the case.

Rather than mess with gravel, you could divert the water. Keep it on the road until it gets to the storm drain, or divert it off the road in smaller manageable amounts across a longer stretch of road. You could build up the edge of the road and make a hump to keep the water on the road. Or you could lay diagonals of concrete patch compound across the road to bring water across into the gravel in less concentrated amounts.

Perhaps machine compaction of the area would reduce the rate of erosion.

Not the answer you're looking for? Browse other questions tagged drain driveway french-drain rain gravel or ask your own question.

3
Stabilizing a gravel driveway with massive holes and steep inclination
6
How should I install a french drain in this situation, and will it help?
6
Can I regrade this gravel section of yard myself?
3
DIY way to wash sand/clay out of driveway gravel?
1
Driveway Erosion Problem
0
Necessity/value of using cardboard or weed barrier under gravel shed foundation?
1
moving water away from gutter downspout
1
How badly have I undermined my foundation footing?