There is a steel wire armoured cable (SWA) in my back garden that was put there by the previous owner. One end leads to the fuse board but is currently disconnected. The other end is loose at the edge of the lawn (with about 10m to spare), appearing from under the tarmac drive. The idea was to bury it under the grass, leading to the shed down the lawn a little bit - but that bit was never completed.

The cable was then damaged (see pic) just past the point where it appears from under the tarmac - the previous owner said the lawnmower had hit it. I'm also a little concerned that the plastic coating might be a little stiffer now than it was, although it is probably not too bad. There is a standard concrete kerb that the cable will do under right at the point of the damage to the cable.

I can't see any copper wire in the damage - it looks as if the inner insulation is intact, but I can see it.

I'm wondering what would now be the best way to repair the cable in order to lead it to the shed? 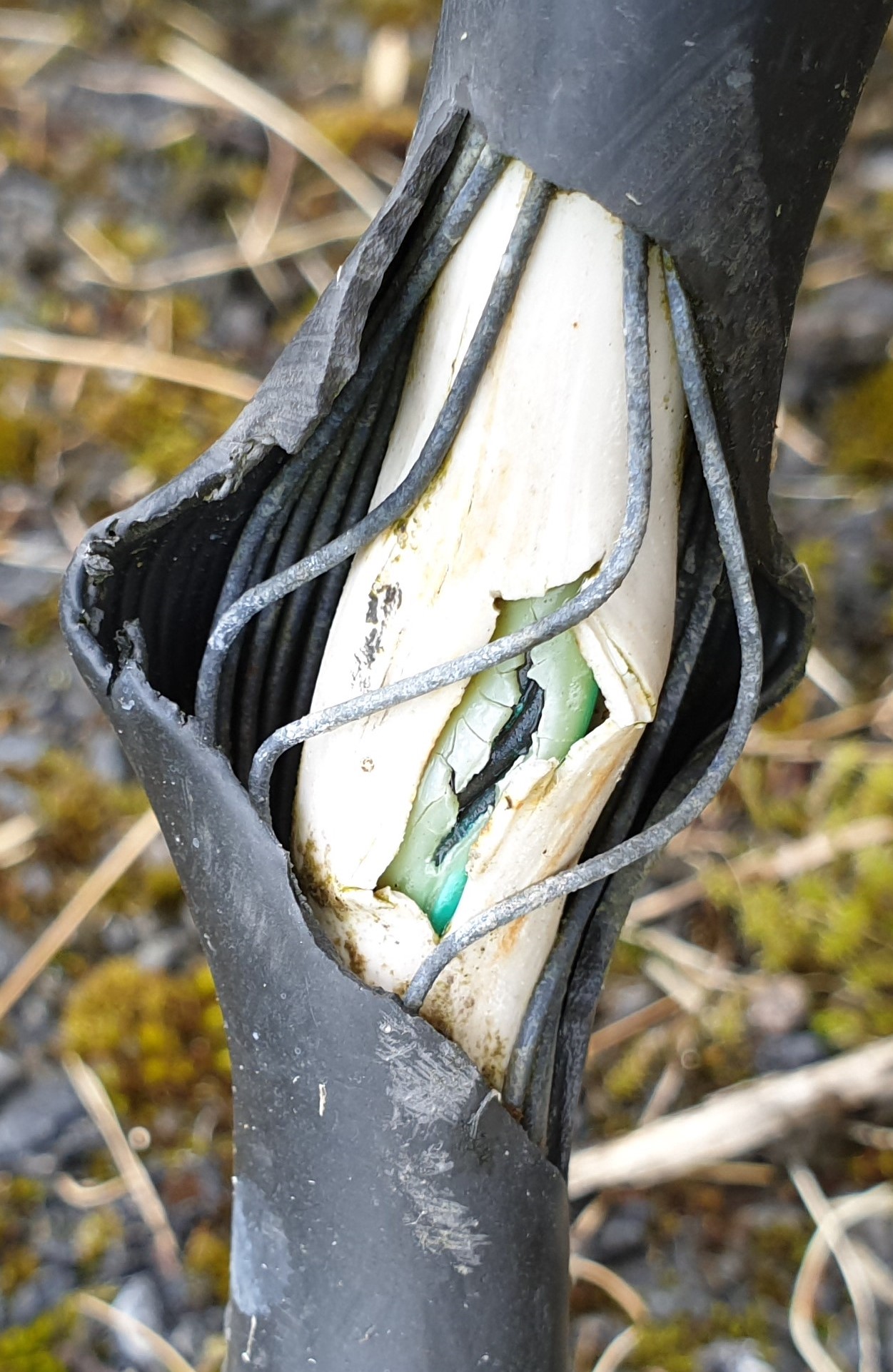 It would be best to cut out the damaged section and replace it with a suitable gel-filled junction box (or two junction boxes and a new bit, if there isn't any slack).

What I have seen done on oilfield leases, is to cut away the loose insulation (the black bit), wrap it in waterproof (resistant) electrical tape - then wrap on top of that in an off coloured electrical tape to show that it has been repaired. I don't know how up to code that would be, but if it works for them...maybe it will work for you.

If the cable was able to be damaged by a lawnmower I don't think it was applied and installed properly, so I doubt that any suggestions made on repairing it will render it code compliant after the fact.

That said, it appears as though the integrity of the inner jacket is compromised and although it is LIKELY that the inner conductors have some sort of water resistant insulation, it's something I would not assume. Were I to make a repair on it, tape would be inadequate in my opinion. Since you apparently have access to the end of the cable I would use heat shrink heavy wall tubing, and use the kind with heat activated sealant installed. 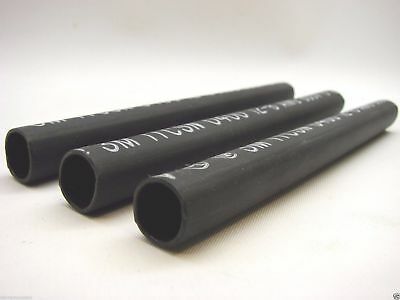 3
How can I repair a damaged UF cable
4
Seeking good method to locate short on buried AC power cable
30
Metal spike with heavy metal cord found in front lawn
1
How to splice into existing underground rigid metal conduit below ground and hide junction box?
5
What is this strange coiled wire and should everything be redone?
2
Removing pole and concrete base from yard
20
How should I deal with a cable found underground on my property?
1
Is armoured/metallic BX cable required for exposed wire in basement ceiling?