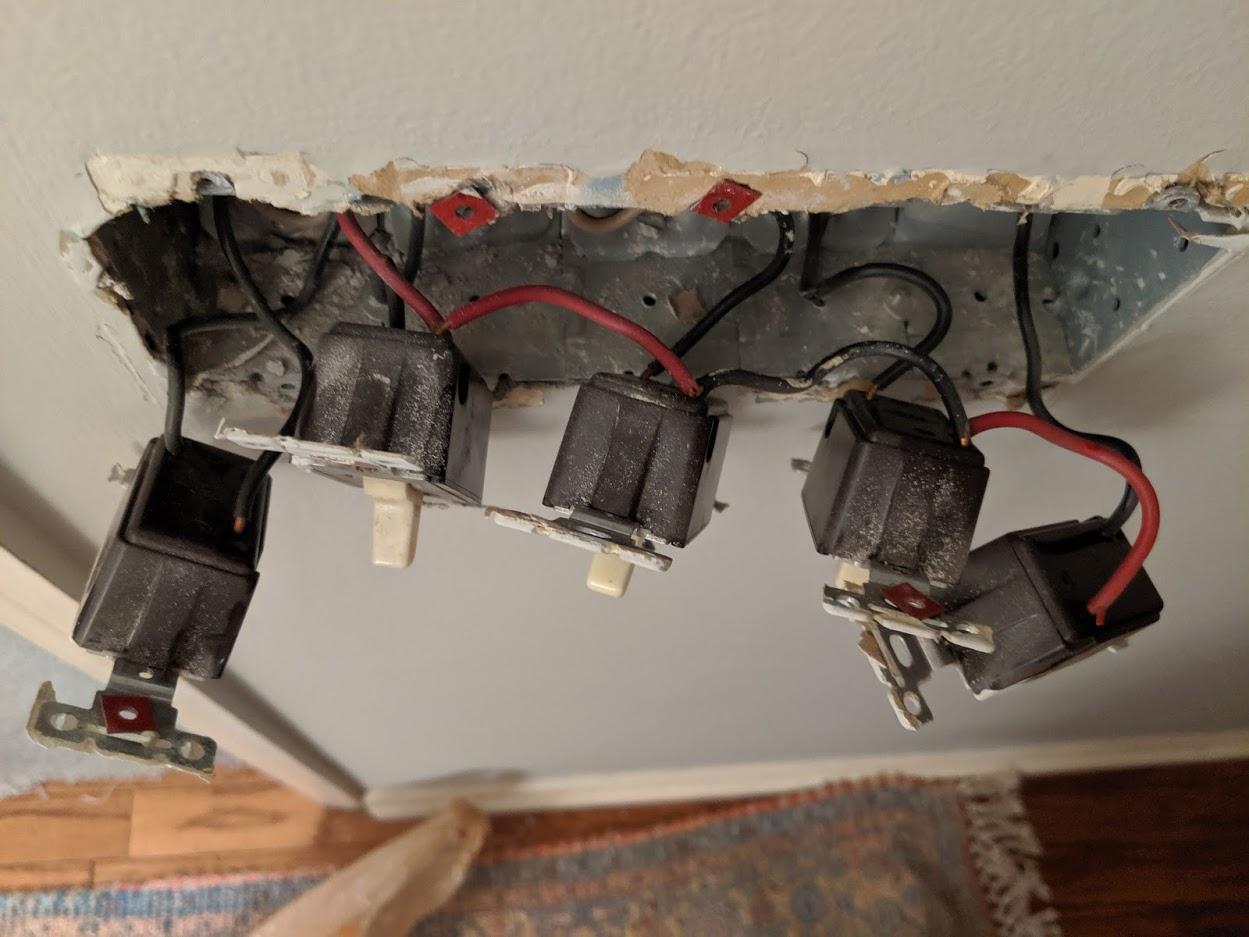 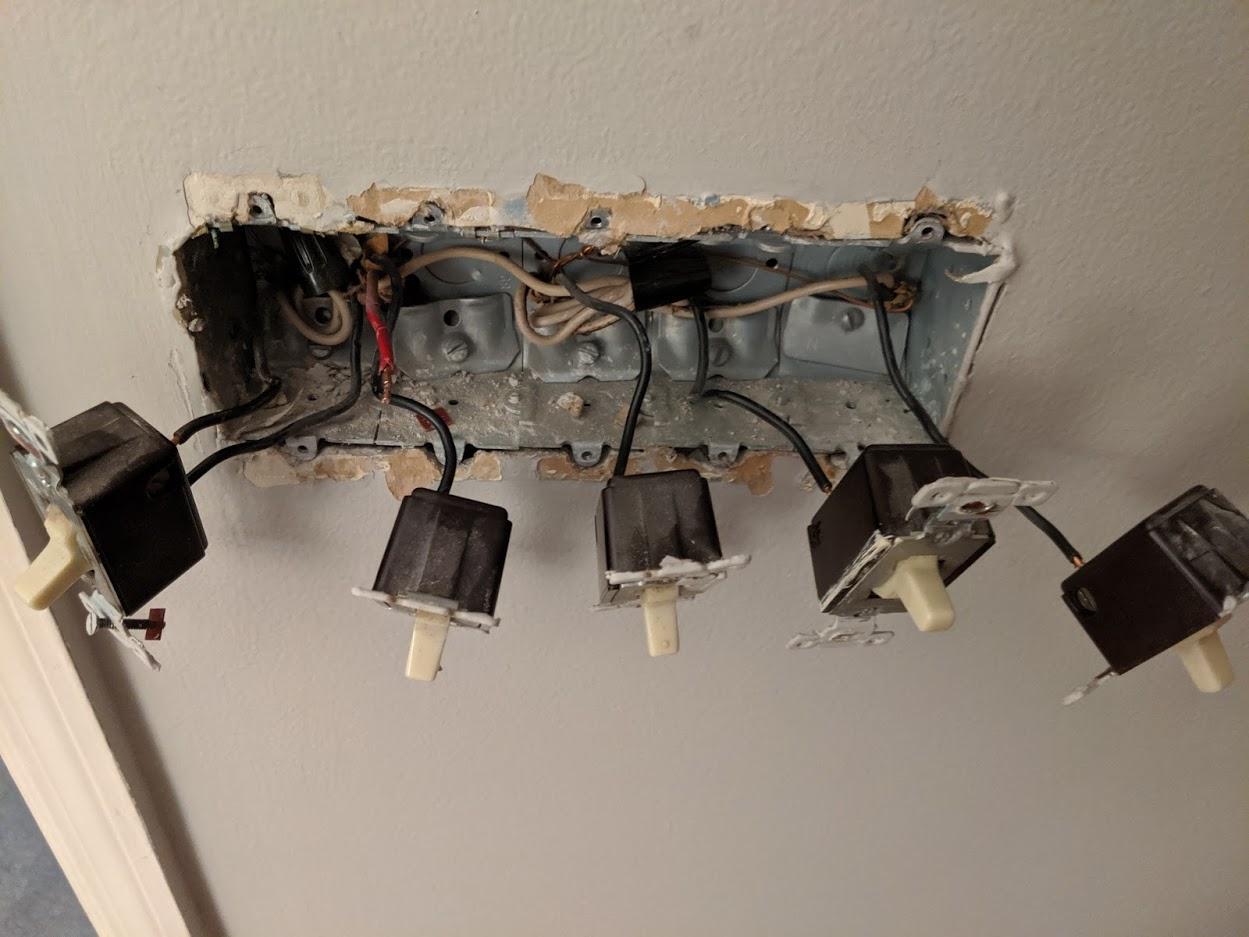 I am trying to figure out how to wire these with a new style light switches (the basic 1 and 2-way switches from Home Depot). 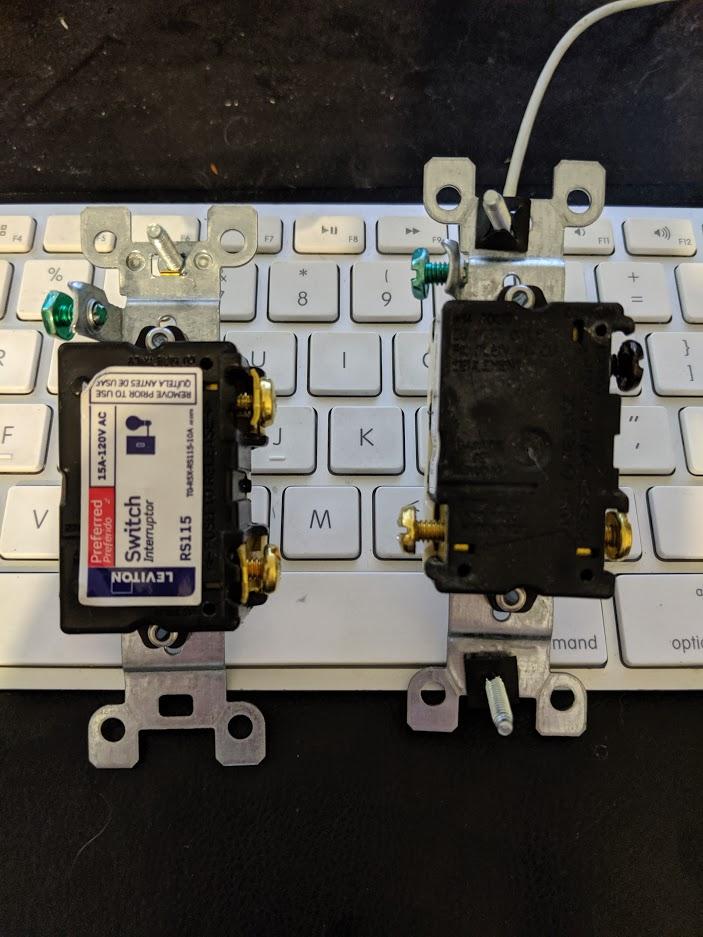 I've installed light switches before but this is confusing to me because these old switches really don't show what is what.

These are all independent of each other so they don't work off the same light.

The far left one is by itself which I can install myself with no issues.

Not sure what other information I can provide to help solve my issue.

It looks like you could do the same thing with the new switch (the left one in the picture) by slipping the jumpers under the tab secured by the screw and tightening. So each hot connection would have two wires under the screw compression tab.

Another approach would be to use a set of four short pieces (black or red wires called "pigtails") and connect them in a wire nut to the hot feed (red wire). Then each pigtail would go to the hot side of one switch. In your case there would be five wires in one wire nut. That would take a fairly large wires nut. The sizes are color coded and a grey colored nut might be required to connect them. A red nut might work if the wires are #14.

In the past the hot feed was carried to multiple switches by a single wire which went from one switch to another and looped around the screws. The insulation would be stripped at both ends and at each intermediate connection. The wire would normally be connected at one end to the hot feed with a wire nut.

The leftmost switch is completely separate, and its wires (including neutrals) need to be kept completely separate. In this case, power comes into the box on one cable, and onward to the lamp on the other cable. Hook that up as you found it, and maintain a "hard wall" (virtual or physical; they make physical partitions for boxes) between those two cables and all the other wires in the box. It is probably on a different circuit.

On the right side, the red wire from the wall is being split to serve the hot side of all 4 switches. The mechanical method being used is to "daisy-chain" jumpers from one switch to the next, since the switch appears to support 2 wires per input. This is functionally the same as pigtailing; do either one as you please.

If in doubt, I recommend pigtailing, because it's easier for novices to understand.

Oh, that switch on the right in the photo. That is a 3-way switch. Black screw is common, and when replacing them, which wires go to which color screws is a huge deal. Position is useless since every switch model randomizes the positions. If you are using it as a plain 1-way switch, use black and only 1 brass. If it's up when it should be down, use the other brass, or just flip the switch over.