What type of terminal block is this?

It doesn't seem to have screws nor a button. I need to rewire the cables because of them started to split. Any ideas how to get it out? 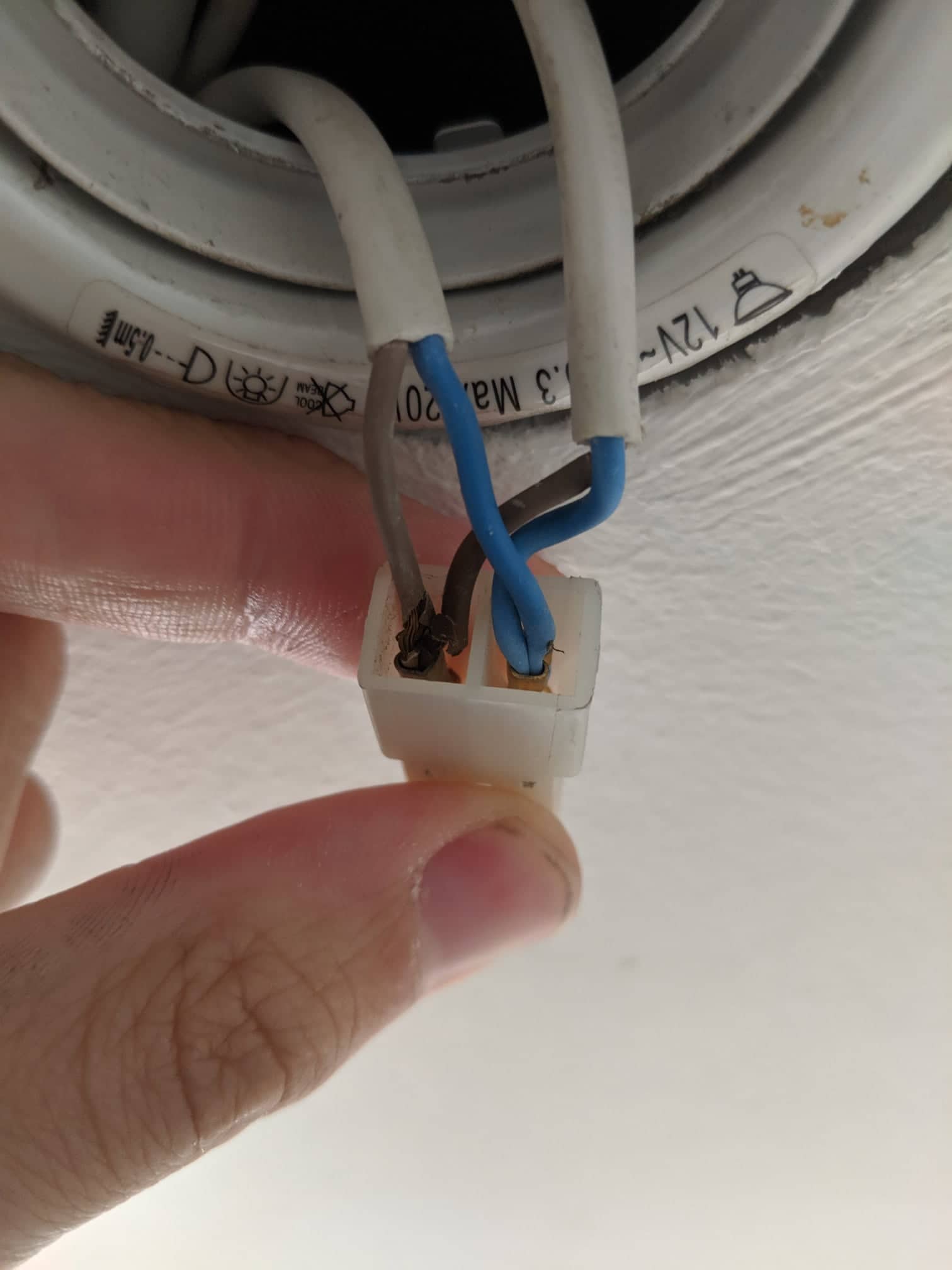 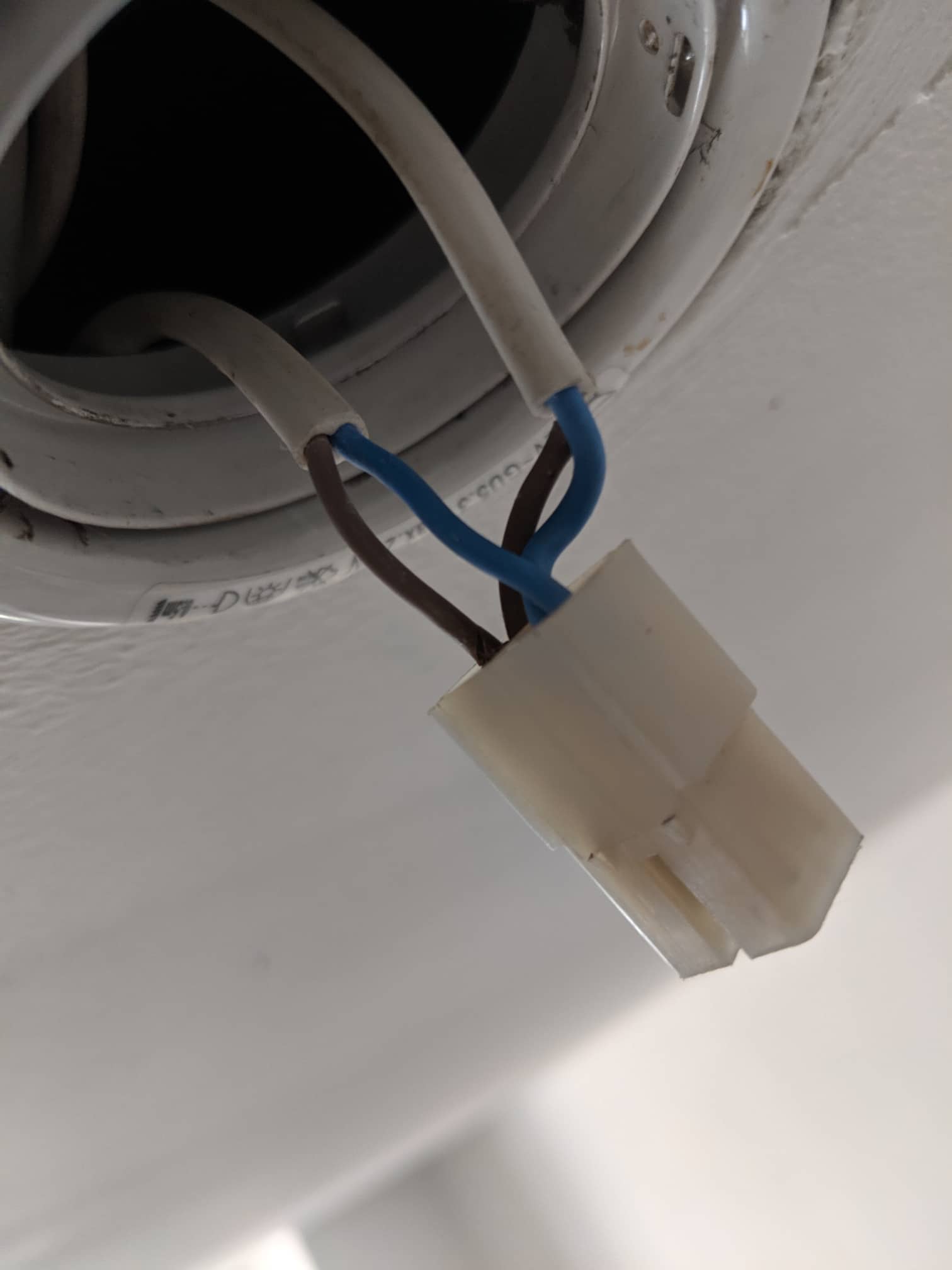 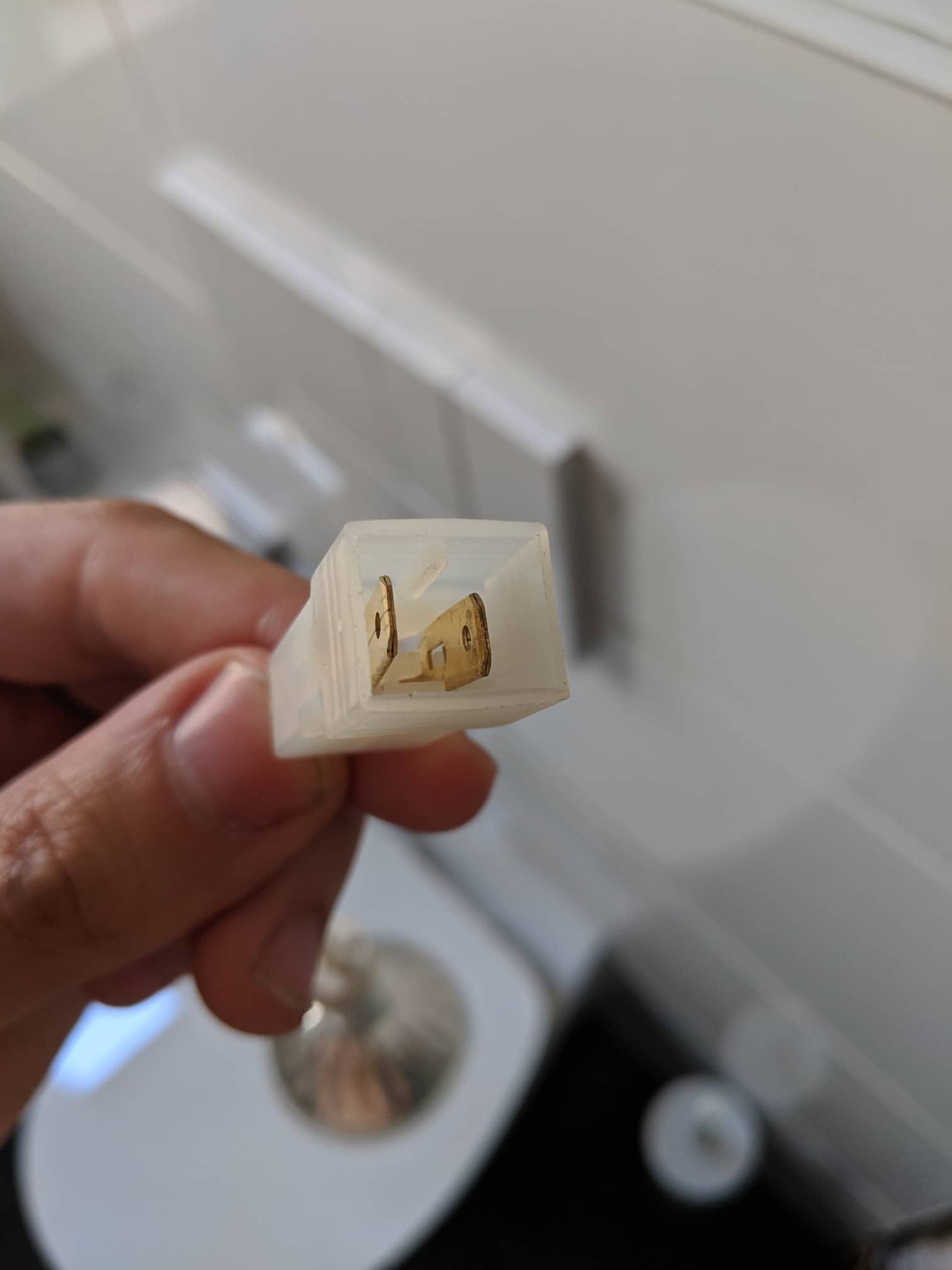 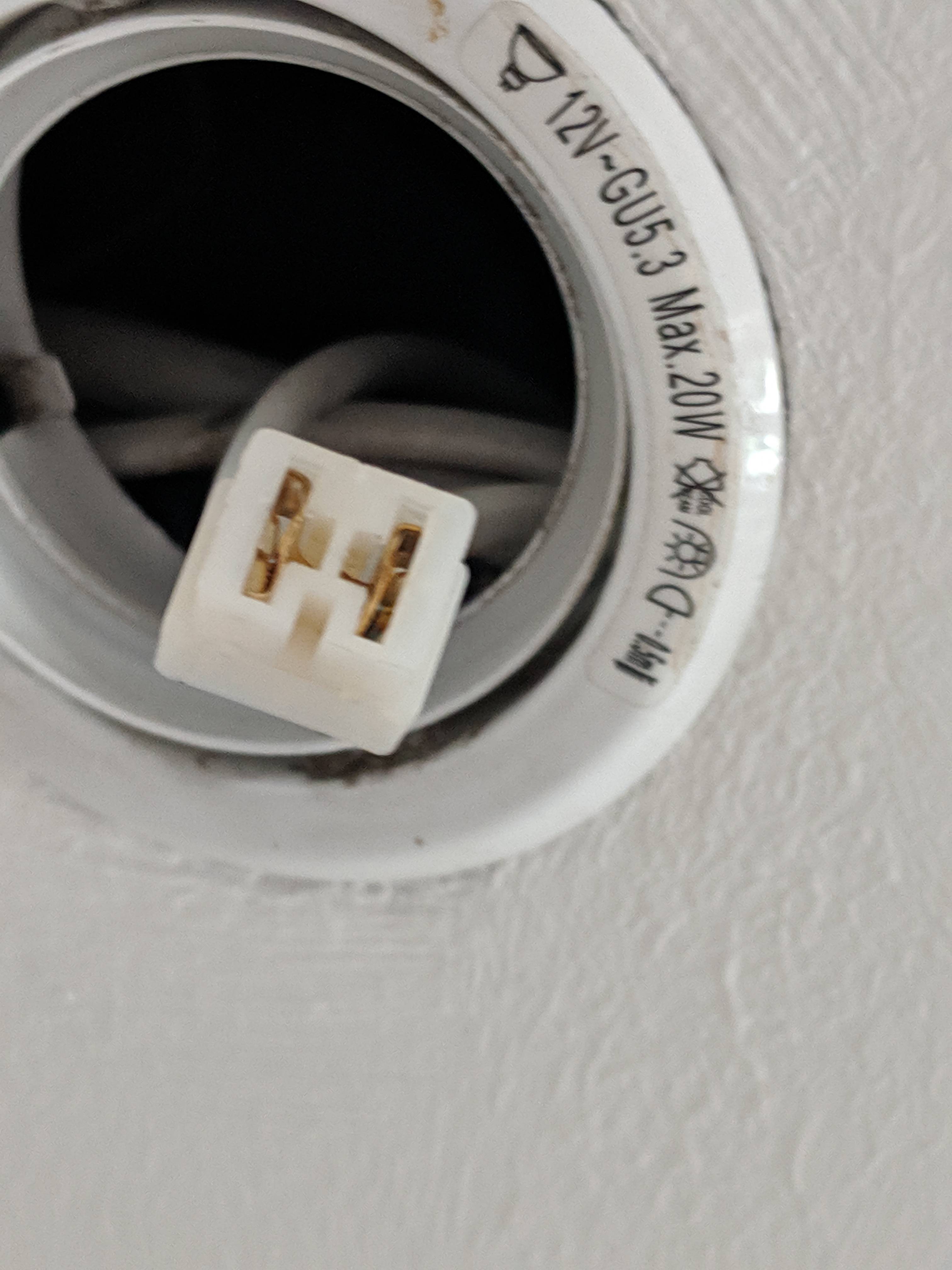 That's not a terminal block. That's a factory built connector, where the 2 small wires have been crimped onto the contact blade, then inserted into the connector void where it "snaps in".

Sometimes with a jeweler's screwdriver you can reach in and release the tang that holds the contact blade in the connector, but you're just as likely to break it. You will not be able to release those wires.

If this were North America, I would say, worst case, replace that connector with a ballast disconnect socket, which are readily available.

Not the answer you're looking for? Browse other questions tagged electrical light-fixture lamp cables or ask your own question.

1
What is an effective way to attach this plastic filter to aluminum without drilling?
2
How do I rewire this box?
4
Rewiring screw less lamp socket, how do I remove wires?
0
Opening a light fixture that has plastic clips
2
Switching out old broken shaver socket for new one. Having trouble working out how to unwire the existing socket
1
What could this red switch be for possibly
2
What is the “red button” on my circuit breaker
9
Are “terminal block” style junction boxes allowed in the US?