Why are 120 V general receptacle circuits limited to 20 A?

The NFPA-70 (National Electrical Code) prohibits the use of breakers larger than 20 A for general receptacles. But I have my doubts. A 20 A breaker on a 120 V circuit with appropriately sized wires doesn't seem like it is really any safer than a 50 A breaker with appropriately sized wires. Since many people are running a large number of independent 20 A circuits in kitchens, it seems like a worthwhile amendment to propose to the NEC to be able to up-size the wire and breaker rating to be able to run a single wire in this and other common scenarios.

Can anyone give insight into why 20 A was selected as the cutoff for general purpose receptacle circuits in the NEC? Is it really safer or is it just tradition of an arbitrary threshold carried onward? I don't see how it could affect shock risk, and anyway, we can't humanely collect data on people dying from electrocution more when they use a general receptacle on a 30 A breaker.

Why 20A? Receptacle design constraints, most likely

The reason why general receptacle circuits top out at 20A is because the notion of a duplex receptacle doesn't work for larger plug sizes (just can't fit enough meat in there at a suitable spacing for it to work), nor does the idea of a "shared" receptacle (T-slot) that can accept 15A or 20A plugs, as well as the inability to get "feed through" functionality for a larger receptacle size. (The parts required just become too large and cumbersome.)

There is a tricky way to get what you're really after, though

If you want to get more than 20A to a large number of receptacles in a space like a kitchen, though, there is a way to do this under the Code. What you do, though, instead of running a fat cable directly to receptacles, is run that same fat feeder cable to a suitably-sized track busway, which then has bus plugs plugged into it that have fuses or breakers and standard 15/20A receptacles in them. (Think of it like lighting track, only beefier -- it's common in industrial and lab applications where reconfiguration is a need.)

For a kitchen, I could see this working with the busway mounted under the upper cabinets and against the wall, with strip lighting attached to the front of the busway if you wished to have that as well. Each bus plug would likely contain a 20A fuse and a Dual Function (AF/GF) receptacle (or a 20A Dual Function circuit breaker, if you don't mind the plugin units needing to be larger), and you'd want to run the feeder using metal-clad cable or wires in conduit instead of NM to mitigate against arc faults in the busway feeder.

The supply circuit breaker has to protect not just the cables in the wall, but also the flexible cords to the appliances.

This would mean that appliance cords would be thick, inflexible, and expensive.

In 'the olden days' the UK had unused plugs, with protection provided at the fuseboard by rewireable fuse-wire. Sockets were 2A (table lights), 5A (small appliances, kettles etc to 1200 watts), and 15A (heaters to 3kW). This was inconvenient as you couldn't (safely) plug a 2A appliance into a 15A socket. A variety of adapters of varying lethality existed.

After World War Two, the development of the fused 13A plug with its high-rupture capacity sand-filled cartridge fused meant that a fused 13A plug could provide suitable protection to an existing small appliance. Because the plug is fused to protect the appliance, and the circuit is fused at 32A to protect the fixed wiring, we can have many sockets on one circuit due to the principle of diversity. This was a considerable saving in copper wire and labour, both of which were in short supply after the War. A typical 3-4 bedroom house will have three socket circuits - upstairs, downstairs, and kitchen/utility room. 20 or 30 sockets on each circuit would not be unusual and there is no overload as most of them are used for low-current appliances (TV, phone chargers, etc).

Only cookers ranges and instantaneous showers are given their own higher-current circuits, but it's usual to provide a separate 16A circuit for a 3kW immersion water heater if used.

In conclusion, 15-20 amp plugs are the largest that are convenient for everyday use. Smaller plugs would be insufficient for heating appliances (especially on 110 volts) and larger ones would be inconvenient and expensive. 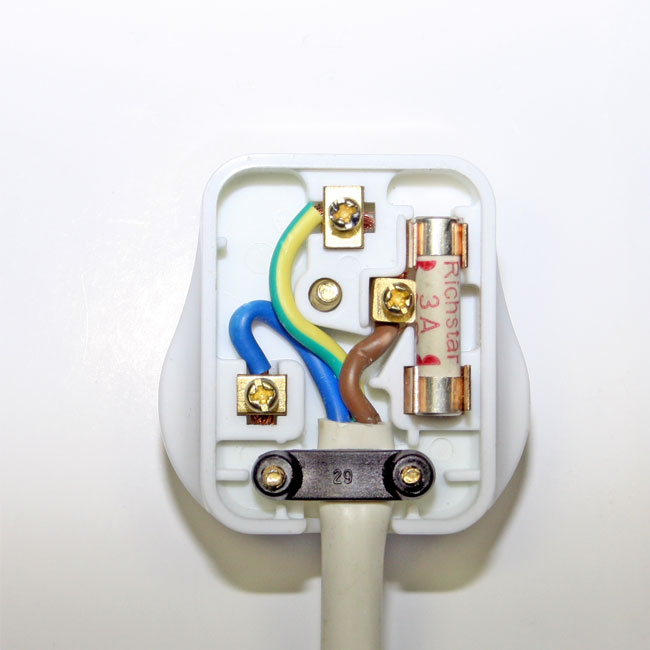 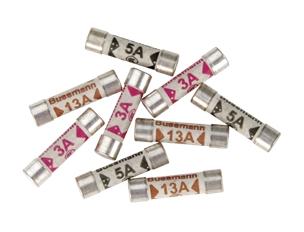 I suspect it comes from long experience, and that it's all about current, not voltage. Why? Because despite being isolated when these standards were set, everyone reached the same conclusion - UK, Germany, Greece, Russia, Soviet Union, Italy, Spain, etc.

I believe that's because of the relationship between breaker trip and the potential fire damage an arc-fault could do. Arc faults operate on current, and are largely voltage agnostic until the gap gets quite wide.

Because of the 120 V choice, the situation is more dismal here, especially in kitchen heat-making appliances - grills, boilers, coffee makers, microwaves, etc. etc. Comparable European appliances are 2500 watts, and that is a right-size for those appliances. US appliances are clamped at 1500 watts because that is UL's limit of what they feel comfortable listing.

Anyway, I don't think they'd go that way because we already have another way to do that, in reserve. We could simply implement NEMA 6-15/20 in kitchens and provide 240 V kitchen sockets. If UL allowed 1500 W before, they'd allow 3000 W here. The voltage is only 120 V from ground, but with two legs; GFCI breakers let us solve the shock problem off the shelf; and global markets are already stocked with 240 V appliances that will plug right in (they have good neutral-ground isolation because many Euro plugs are unpolarized). Honestly, this is so elegant I can't believe it hasn't already happened.

It's happenable right now; anyone with the inclination can run a 240 V circuit to their kitchen and bring in Euro appliances. It just hasn't caught on yet, but if Joanna, This Old House or some YouTube influencer started doing it, it could!

To review the basics

There are several threats against your electrical system:

Overloads are a real trick because you're not just trying to protect the wiring in the walls, but also the appliances that may connect to it.

That, I think, is the problem with >20 A breakers on small appliances. If that coffeemaker has an internal short, it could start a heck of a fire pulling 30-40 A, yet not have enough conductance to trip a 50 A breaker. It's my conjecture that this is why all the countries decided on 13-20 A for branch circuits.

The simple fact is, multiple circuits aren't that expensive. They were less expensive when GFCI wasn't required on all of them, but even this is easily contained if you install a subpanel and put the GFCI protection in the subpanel. And if America wanted to "get serious", they could always switch to 240 V appliances. You can right now; Code does not prohibit 240 V/NEMA 6 circuits, it only requires certain circuits be 120 V.

While you are correct that a few milliamps can kill, circuit breakers are about protecting the wire and home from fires, not about protecting against electric shock. That's the job for a GFCI system if it's required by code for the application.

A "standard" residential receptacle is rated for either 15A or 20A. For higher capacity circuits, you must use a different receptacle that is rated for the higher load. In that case you can use an appropriately sized breaker to match the wiring and the receptacle. For example you might have a 30A circuit and receptacle for an appliance. That might use something like this:

As far as the "WHY" of what the code has prescribed, they have not chosen to disclose everything that went into making their decisions. But the code has evolved over time as problems presented themselves and new technologies were developed. Obviously, in the early days of electric power, there were no regulations and safety was of little concern. As adoption advanced so the the need to regulate and standardize. As the uses for electric power expanded, the way homes were wired proved to be inadequate. Remember this?:

Unfortunately that was all too common in that era. So the code adopted requirements to include MORE outlets in the home especially in places, like the kitchen, where more portable electric appliances were used.

Why did they choose 15A or 20A vs. 30, 40, 50, or even 100A outlets? I'm sure it boils down to what was needed for "typical" appliances that get plugged into a residential outlet. Seriously, how often have you needed a 50A outlet in your living room? I have never needed that but I have needed it in my workshop for a welder. So I installed a special outlet just for the welder.

Bottom line is that it's evolved over time and the code reflected much of what was already in common use with (hopefully) an eye toward the future.

I doubt that you'll be able to get much deeper insight unless we hear from someone who has participated on the code-making committee.

I hope this helps... As far as what came first, the 20A outlet or the 20A code, I'm sure the outlet itself predates the code.

Not the answer you're looking for? Browse other questions tagged electrical receptacle nec or ask your own question.

10
Is it code-legal to have a circuit breaker box within a storage room?

7
What should I do about a receptacle with 2 circuits going through it where white wires are hot?
1
15A circuit allowed to supply multiple general purpose receptacles?
0
What happens when two separate circuits are connected to a 120/240v breaker?
1
No 120 in my dryer receptacle
1
House receptacle/s with 120 vac but nothing works in them
1
Two 20A circuits in a single kitchen receptacle - what size box do I need?
0
How can I safely get power strip to desk in center of room?
18
Why does US Code not allow a 15A single receptacle on a 20A circuit?
1
Why are some of my circuits not working?