I'm installing 3 light pendants above my island. They are connected to a single pole light switch. I installed 2 of the 3 and noticed the junction boxes for both have 2 black, 2 white, and 2 ground wires. I connected both black to the black of the fixture and same for the other wire sets. The lights don't turn on so I figured something is wrong with the connections but just not sure what I did wrong. I stopped installation and did not do the third since the other two weren't working. This is a new build (2018) and nothing was connected before.

Update: Tested the switch connections and looks like their both dead. No action. Time to call the electrician. Thanks everyone for your help! 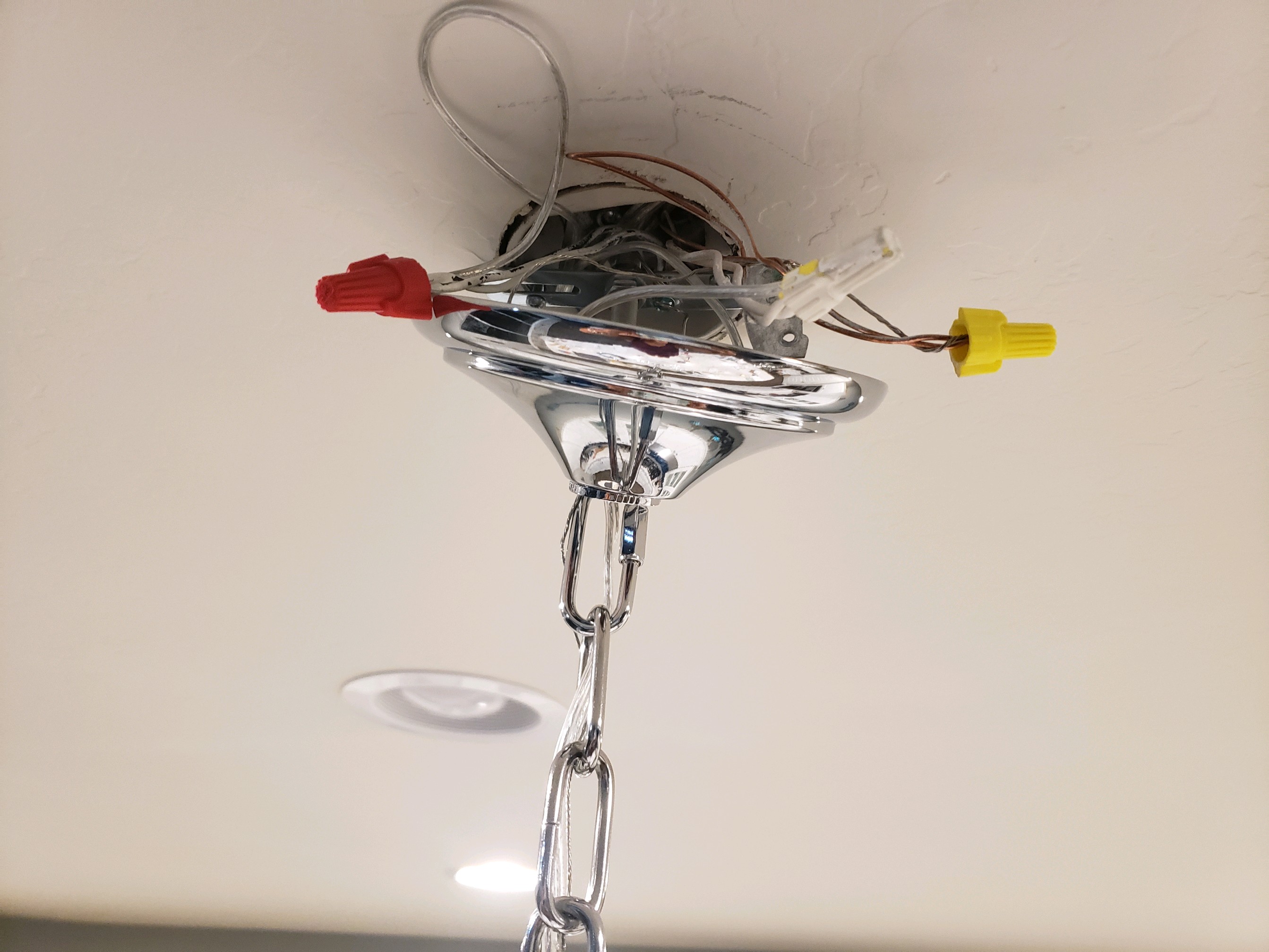 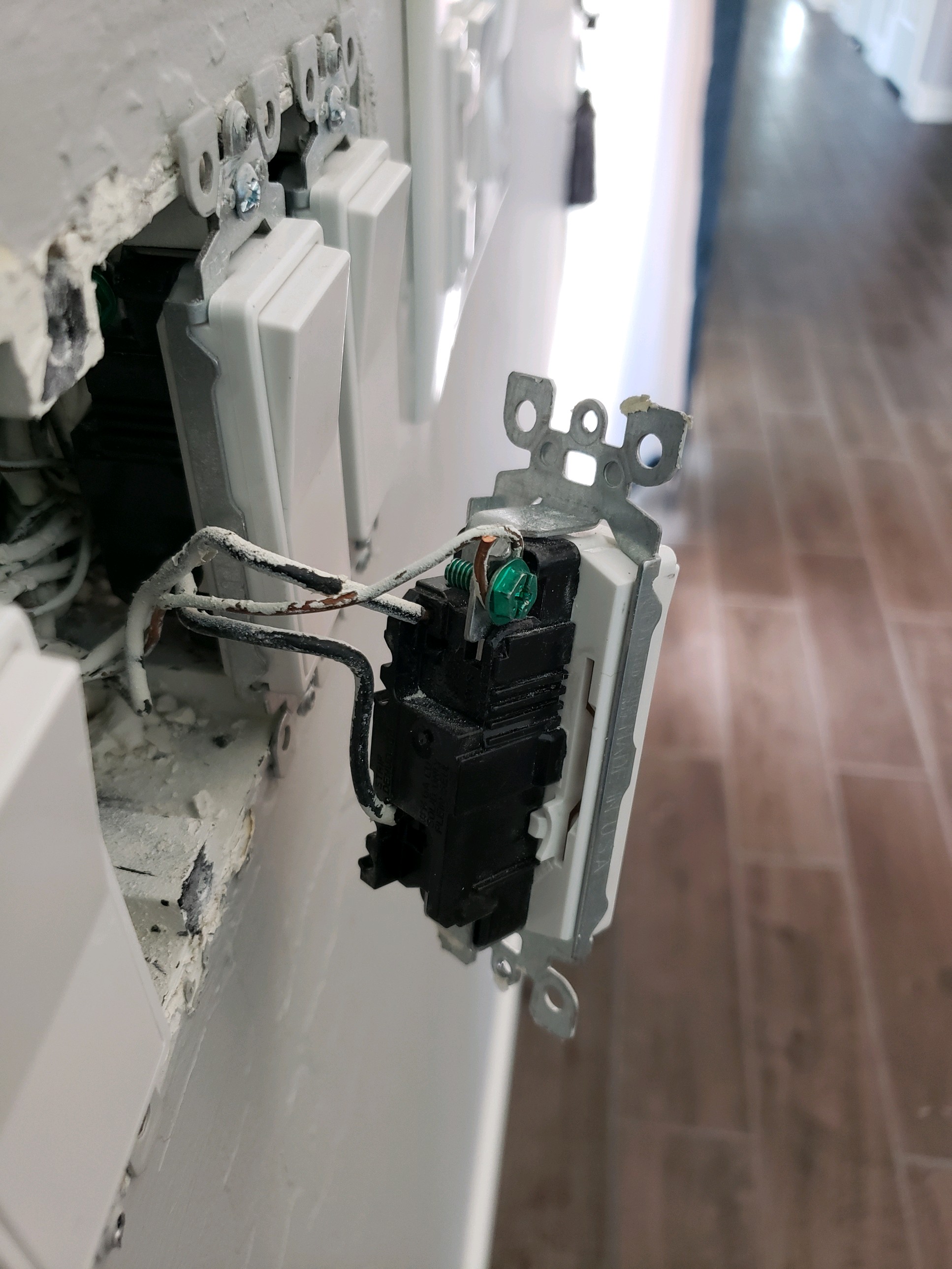 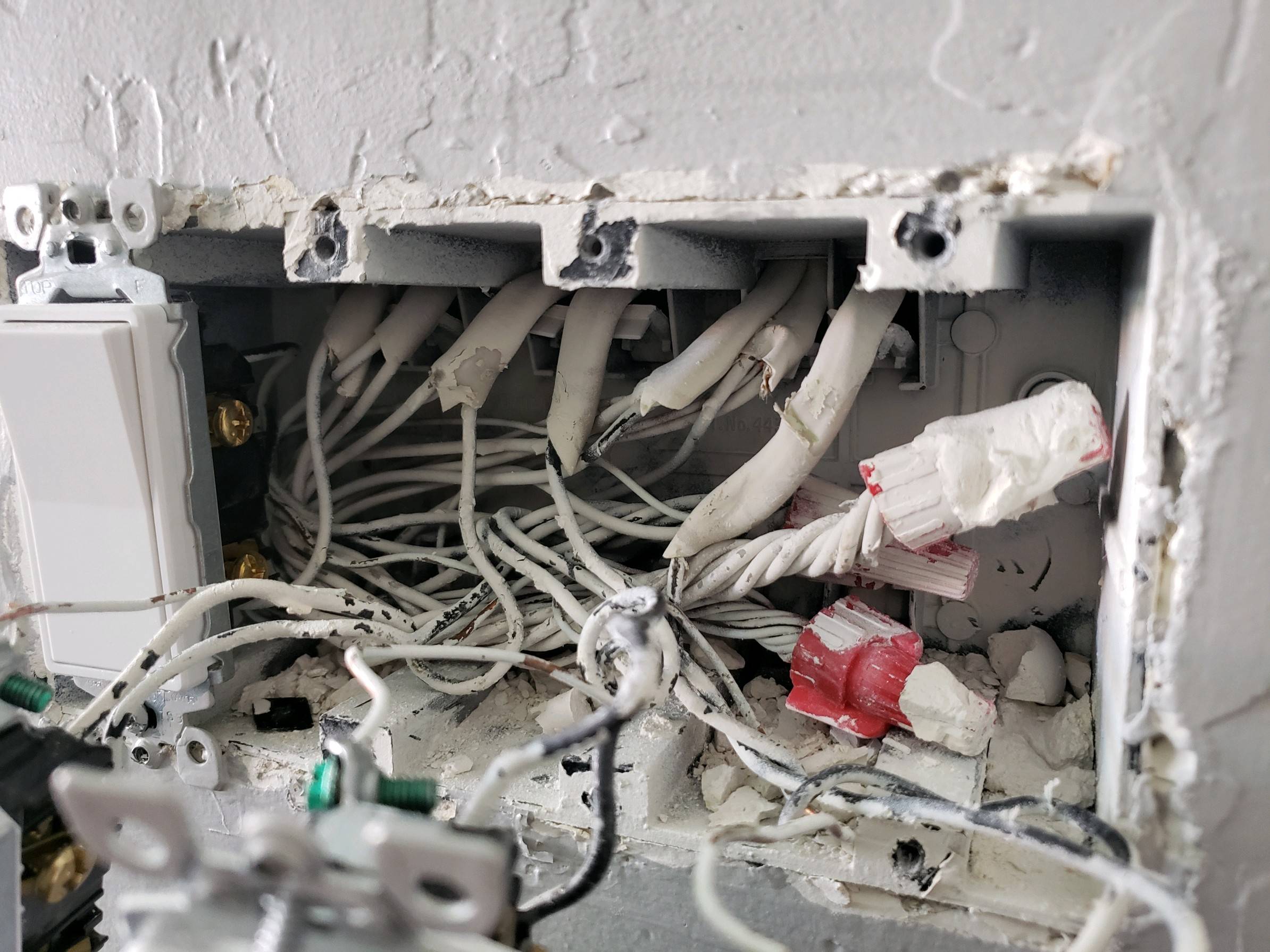 Based on your description, the likely configuration is:

That would put two sets of wires on light 1 (switch & light 2) and light 2 (light 1 & light 3) but only one on light 3. If that's the case, then all blacks (switched hot), all whites (neutral) together at each of the lights would be correct, and any one light not installed (or bulb burnt out or whatever) would have no effect on the other lights. So that leaves the switch.

Based on the pictures:

Assuming all wires (except ground) are black and white, the way to wire it is:

Do not continue unless you have identified exactly one hot wire.

Turn the breaker off again and then:

If things still don't work right, you need to (carefully) check the power. Use the non-contact tester to see if power flows to the switched hot when you flip the switch. If it does not, then you have a switch problem. If it does, then check for power at Light 1. You may need to (with the breaker off) take apart the groups of black & white wires at Light 1 (and 2 and 3, but do one at a time) to figure out where each cable goes.

Install the third light to complete circuit. If not working see if breaker is on or even hooked up. If still not working may not be hooked on to switch and check splice to see if neutrals are on wire nut. the third light may only have one wire, and that points me to breaker or switch. After all that look into outlet boxes and switch may need to be spliced in. A meter would be very helpful here and anyone doing electrical work should always have one.

2
Adding new lights to a switch
1
Confused about wiring outside light fixture with multiple switched wires
0
How do I wire a light switch that has 2 switches wired in but should only use 1?
0
Oddball wiring for ceiling light
2
Help wiring timed fan switch
0
Wiring bathroom fan and light
1
Light fixture: 3 pairs of wires, two switches
2
Swapped out light switch and now WIRES have no power?
0
New GFCI’s indicator light is green but outlets have no power