I just had a new metal entry box installed on the exterior of my home. I am unable to open the metal door, even with a tool. Not sure what the problem is however if the door was installed and not plumb with the box frame, could this be the problem? My neighbor came down and he had difficulty opening it and said it should not be that hard to open.Thanks. 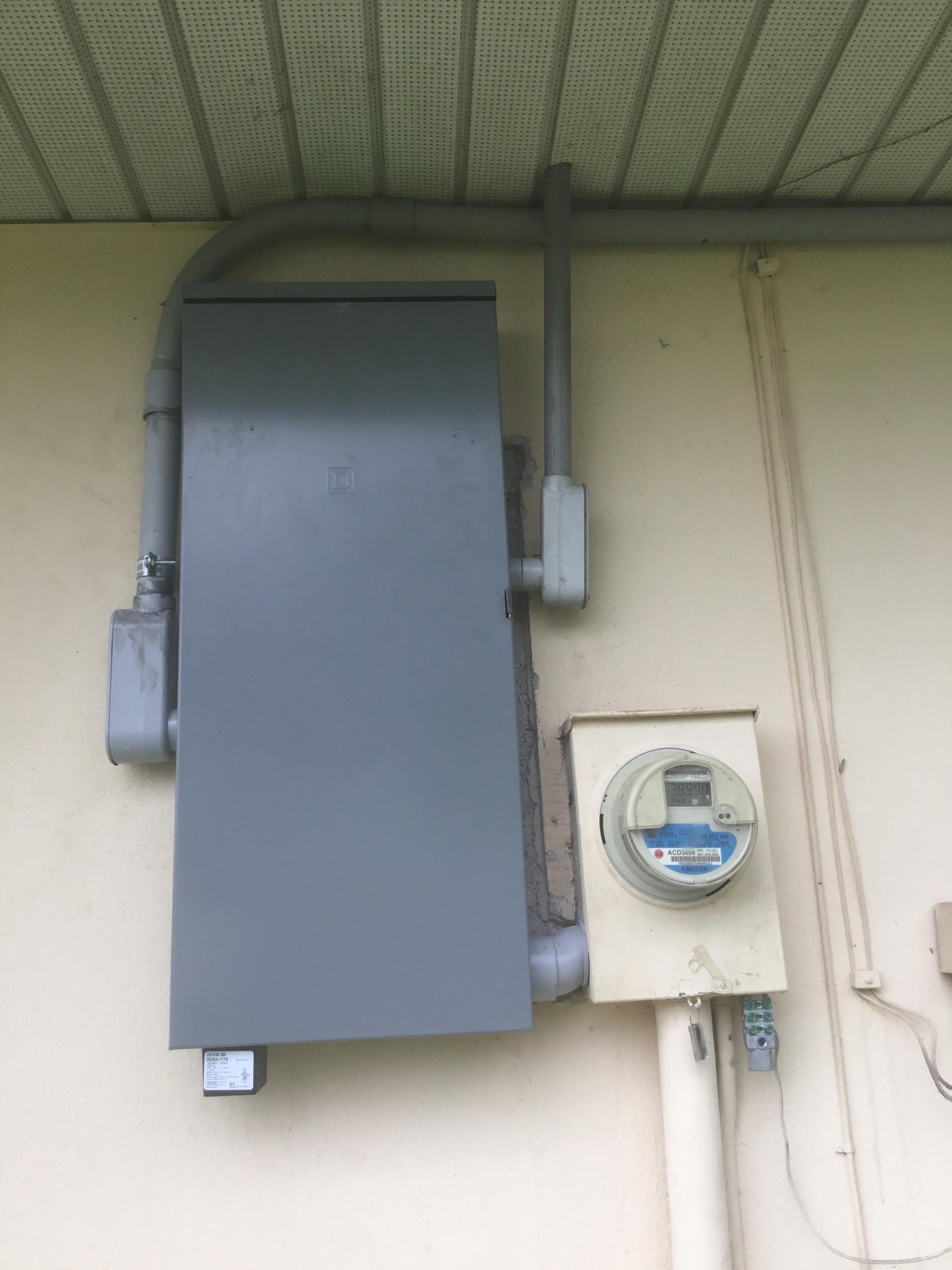 That is a "NEMA 3R" enclosure, meaning it is rated to be used outdoors. The door for those often have a "trick" to opening them because they are designed to keep rain out even when open, so there is a "drip lip" over the door. That sometimes requires that after you unlatch it, you must lift the door up from the bottom a little bit to get it off the catch, then let it drop down so that it will get clear of the lip and allow it to swing open.

If it's not that, then all he probably needs to do is shim the back of it. It appears as though he removed something else to put this in, and the wall behind it may be uneven. having to shim the back of the new panel is very common, the sheet metal is thin so any unevenness in the surface warps the box into a parallelogram. It can often just be done by putting washers on one or more of the mounting screws, BETWEEN the wall and the back of the panel.

4
How can I figure out why my breakers are tripping?
3
How do I secure electrical wiring to a pocket door frame?
1
Contractor cut wire in wall - all still works fine - is this dangerous?
3
Install recessed lights and chandelier with 3-way switches
3
How can I disconnect power to an ADT alarm system?
1
Overhead Light Fixture - Didn't Use Green Screw
1
200 Amp Service upgrade Failed Inspection NJ
1
Flickering lights, sometimes no power to some
2
Waterproof access door for electrical panel