thanks for taking a sec to read. I just bought a small house in which the ceiling joists in the Attic seem to change from east to west to north to south. I am wanting to remove part of a wall in which runs north to south with the north to south joists.

however, there is this interesting setup seen in the picture below that makes me think it may be bearing some sort of load even though it is running parallel with the joists. 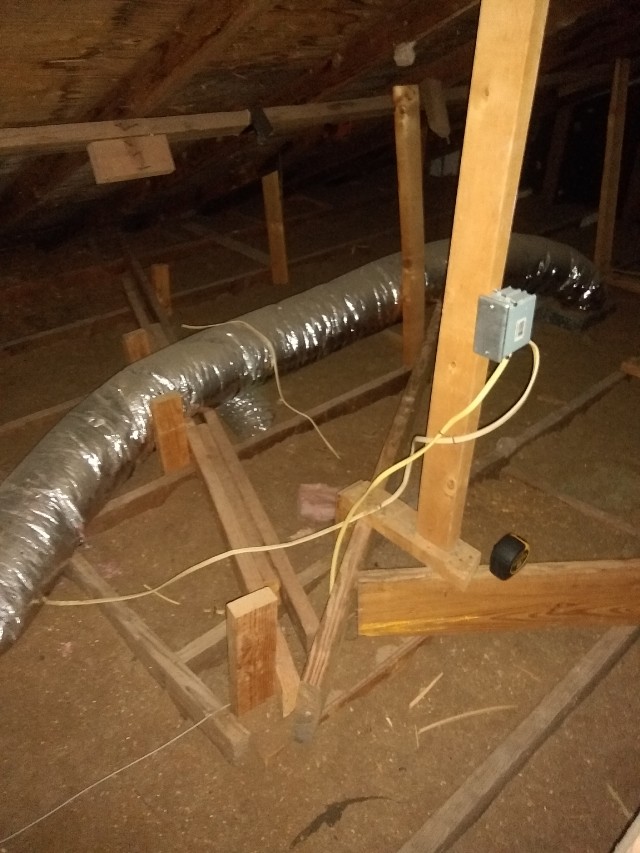 The wall runs in between the two 2x4s in the pic below right under the cross beam. 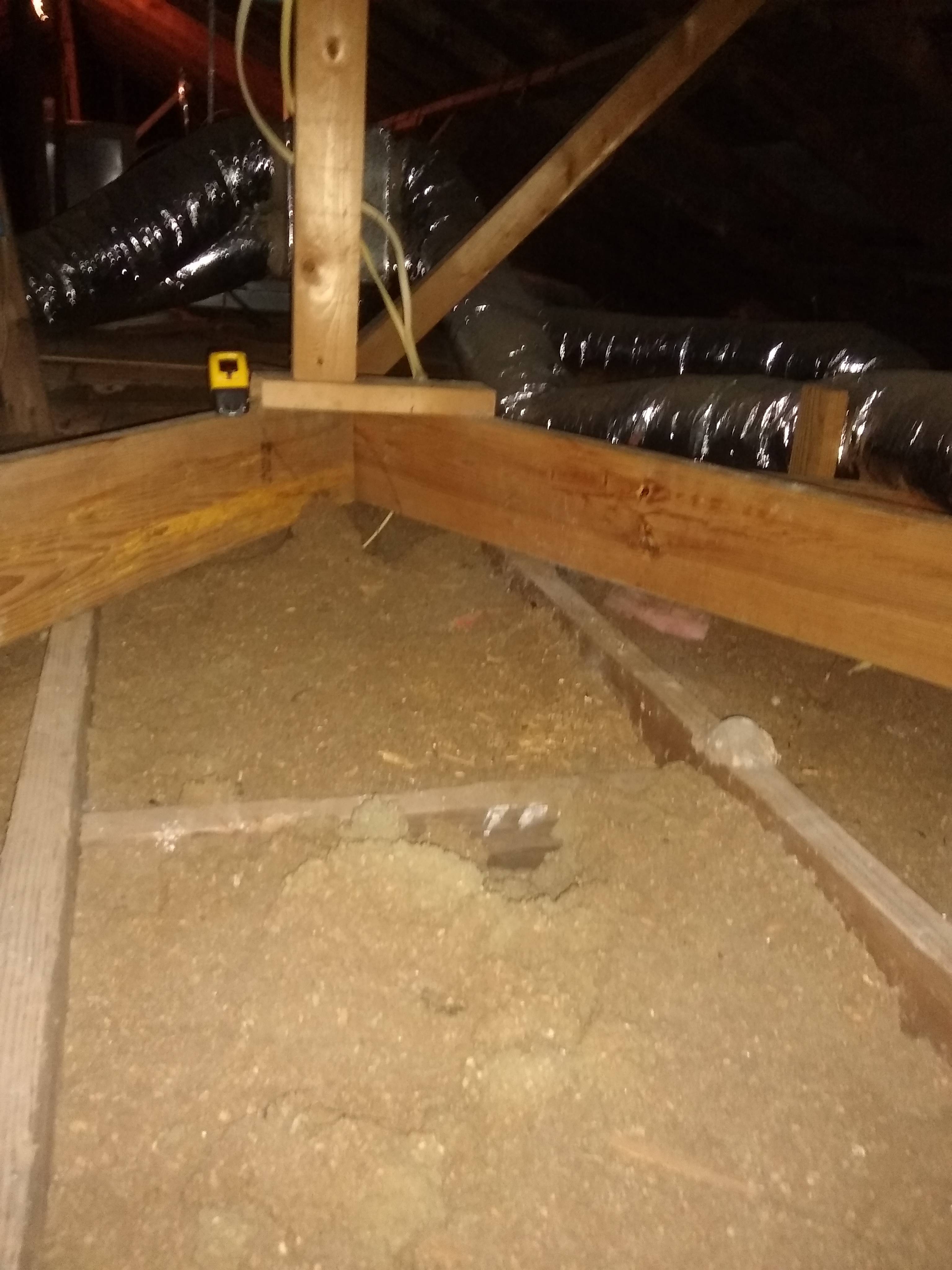 Wow, that is one of the most complicated structural “systems” I’ve ever seen. It’s not clear to me exactly which wall you want to remove.

It does appear that the diagonal supports were installed to rest on several ceiling joists in order to help distribute the roof load. Clearly, the ceiling joists were not originally intended to support the roof...they are too small. In addition, the ceiling supports do not align with the roof supports (joists).

The diagonal supports seem to have been randomly placed and the vertical supports are not installed in any pattern or system either.

I’d recommend that you hire an architect or a structural engineer, but that could be expensive because they’ll need to spend some time tracking down the roof loads and determining how they are transferred to the footings.

You could check under the wall that you want to remove and see if there is a footing under the wall (or close to the wall). If there is, it could indicate the wall is a bearing wall.

If it is a bearing wall, you can still remove it...you’ll just need to add a header and support posts.

First off you need to get that roof load off every thing. they look like 2x6 over a 24 inch layout. And can see all the leaks messing with the plywood. What is the span of house? Could add more rafters ,doublem up .Beef up the ridge and add post at ends. Install collar ties to rafters. With some of the ceiling joist make a beam. And build a knee wall to help roof. And why do you want to mess with frame you trying to make living space up there ? Can be done if done correct.

Not the answer you're looking for? Browse other questions tagged walls load-bearing demolition load or ask your own question.