I have had a problem with 3 rooms and a bathroom all on one breaker. I originally thought I would need to split the circuit, but then decided to check the breaker first in case there were 2 wires connected to the same breaker. A neighbor had an electrician doing some work for him, so I asked the electrician if he would take a look at the breakers in my house when he finished with the neighbor. He came over and sure enough there were 2 wires on the same breaker-a wide breaker that took 2 slots. One black, One red. So, he installed 2 skinny breakers and put the black on one and the red on the other breaker. This seemed to work great and no longer needed to split a circuit. We ran into a problem today: The outside outlet has no power and no breakers were tripped. Is there anything else the Electrician should have done? This is the first time that this outlet has not worked. 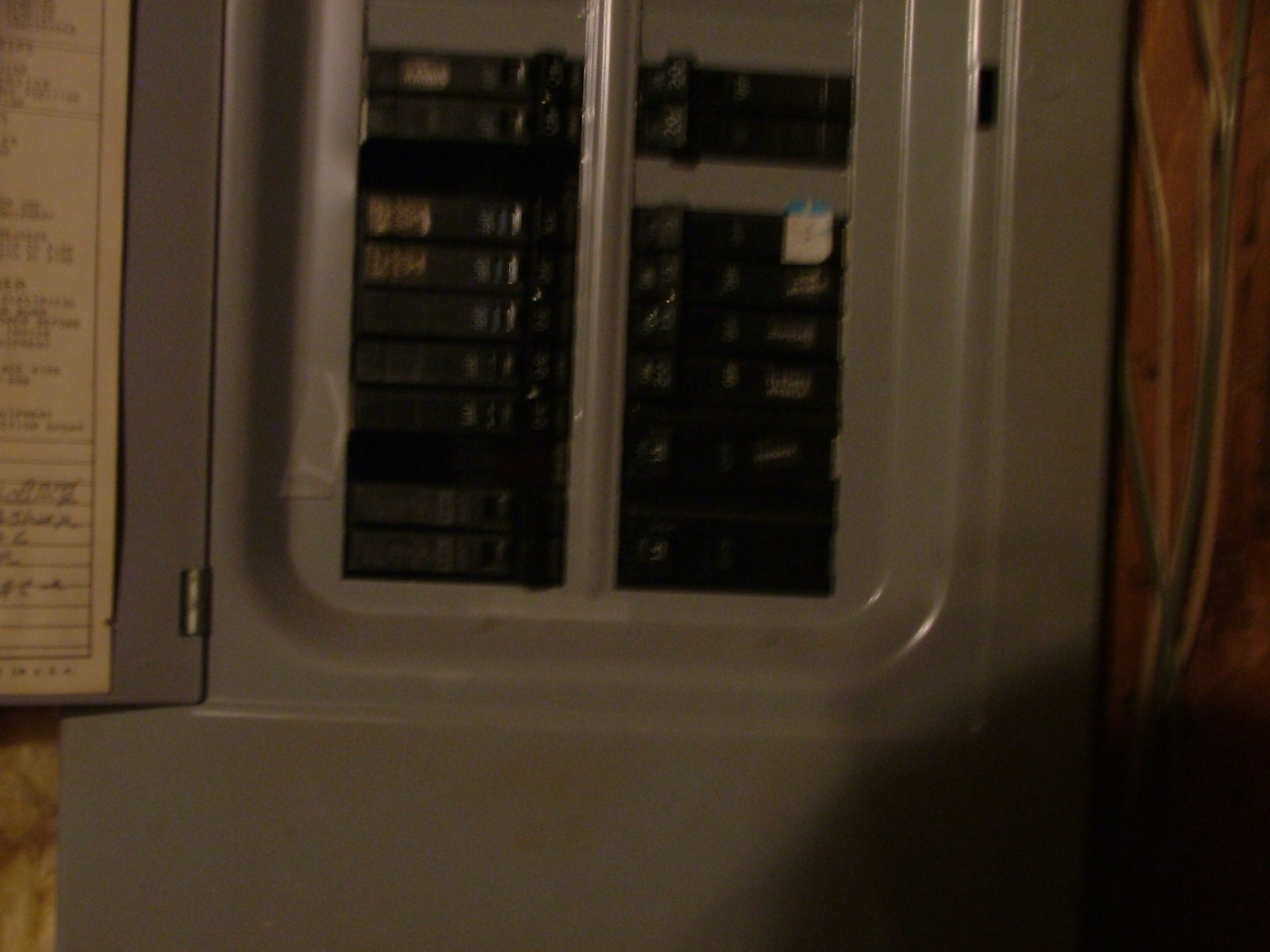 The electrician did you no favor . You have a multi fed circuit and the handle ties on the breaker should be together.So both go the same ,and all neutrals should be spliced together to work . Neutral has a load in this case. And could lead to injury.

Do you have the original breaker that was powering these circuits? Does it have two separate connection screws with the black in one and the red in the other or were the black and red in the same connection point secured with the same screw?

The presence of the red wire suggests you have a MWBC with two hots (B & R) and one neutral W. If so, this is supposed to be protected by a 2-pole breaker which may be what you had originally.

My knowledge of GE panels is from my old GE one, but I think your original breaker may have been a single pole (1-pole) 1 inch wide and it was in one full slot not two slots.

GE panels can take half width breakers and you may now have two 1/2 inch wide breakers in one full slot. This is fine but you must use two entirely separate 12-2 or 14-2 cables so the neutrals would not be overloaded.

You could use two 1-pole 1/2" breakers with a 12-3 cable (shared neutral) BUT you must put the two breakers in the bottom half of one slot and the top half of the adjacent slot. Did the electrician do that?

Depending on how many open slots you have here is how you would proceed. You use a GE 2-pole compact breaker pair (two 1/2" breakers in one unit) for this pair of circuits.

This 2-pole breaker is mechanically designed so it will not snap into a full slot, but will fit in your box only astride two slots and it must be put in that way to function properly.

To get space to do this you will probably need to rearrange the breakers and replace one or more full width breakers with 1/2" breakers. It may be that you can use one or both of the 1/2" wide breakers the electrician installed in place of existing 1" wide breakers. But the current limit must be the same as the existing one--don't use a 20 A 1/2" to replace a 15 A 1".

3
How do I troubleshoot a newly installed non-working outlet?
1
Why would the receptacles in the kitchen not have power after replacing one of them?
2
Light Fixture Trips Breaker
0
Outlet not working before/after replacement
0
Replacing 4-wire outlet and didn't label the order -- does it matter?
0
breakers all putting out power but outlet not working
2
How do I intall GFCI breaker if wire for outlets is 12/3 using two breakers?
5
Using a three-wire cable across two breakers
1
Wiring a receptacle from a ceiling box in a basement
0
Outlet not working