I recently bought a house with a deck that has what appears to be a thin layer of concrete over wire mesh over wooden (2x6 or similar) beams. 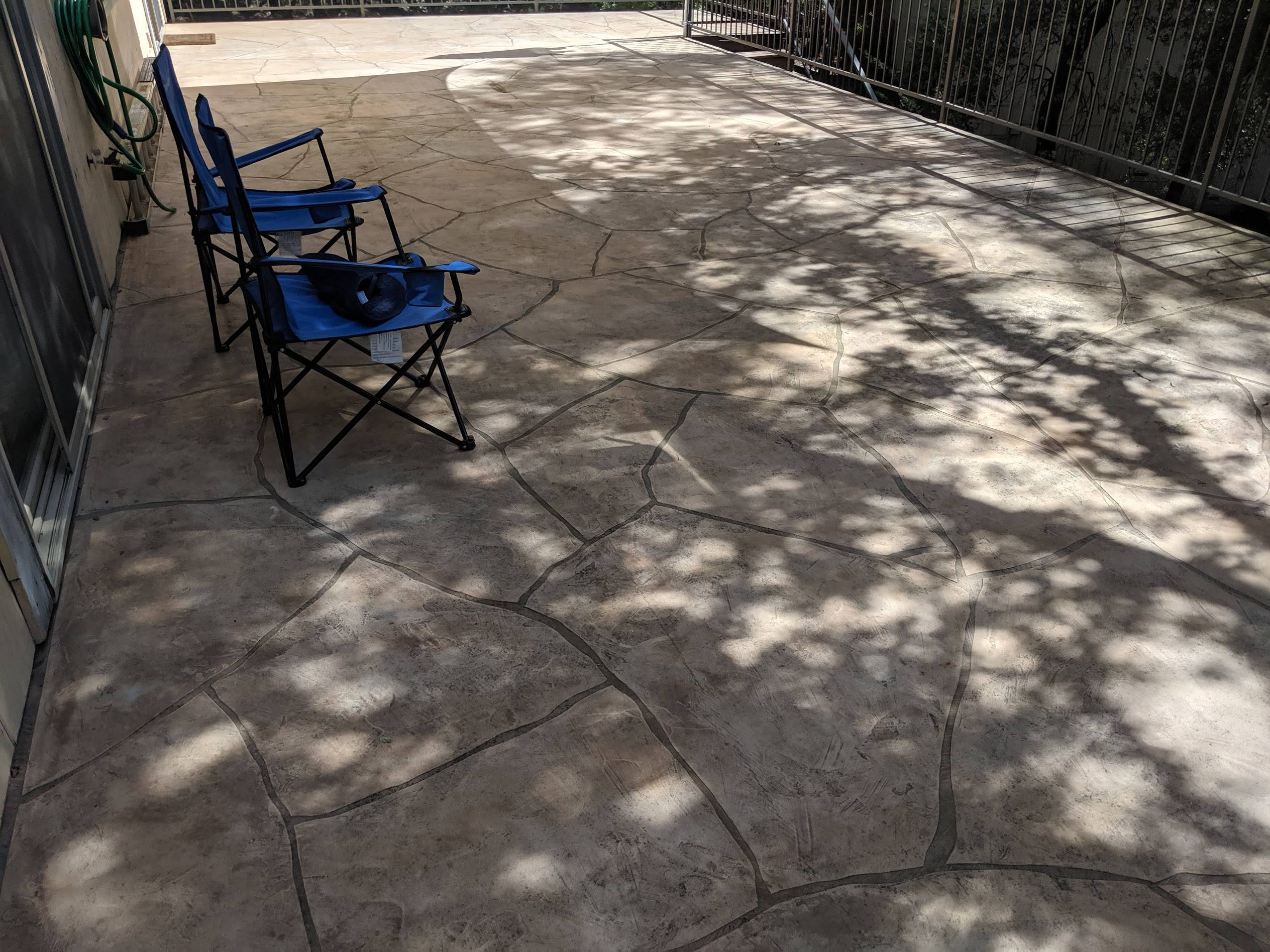 A friend mentioned that he figures the concrete was not poured on thick enough, which is the reason there are tiny cracks forming all down it. The cracks are letting in rainwater and there is a spot where the wood underneath rot a little.

The dark spot you see here is an impression left when I stood on it where rainwater pooled, where there is the rot. (That's the only rot I'm aware of). 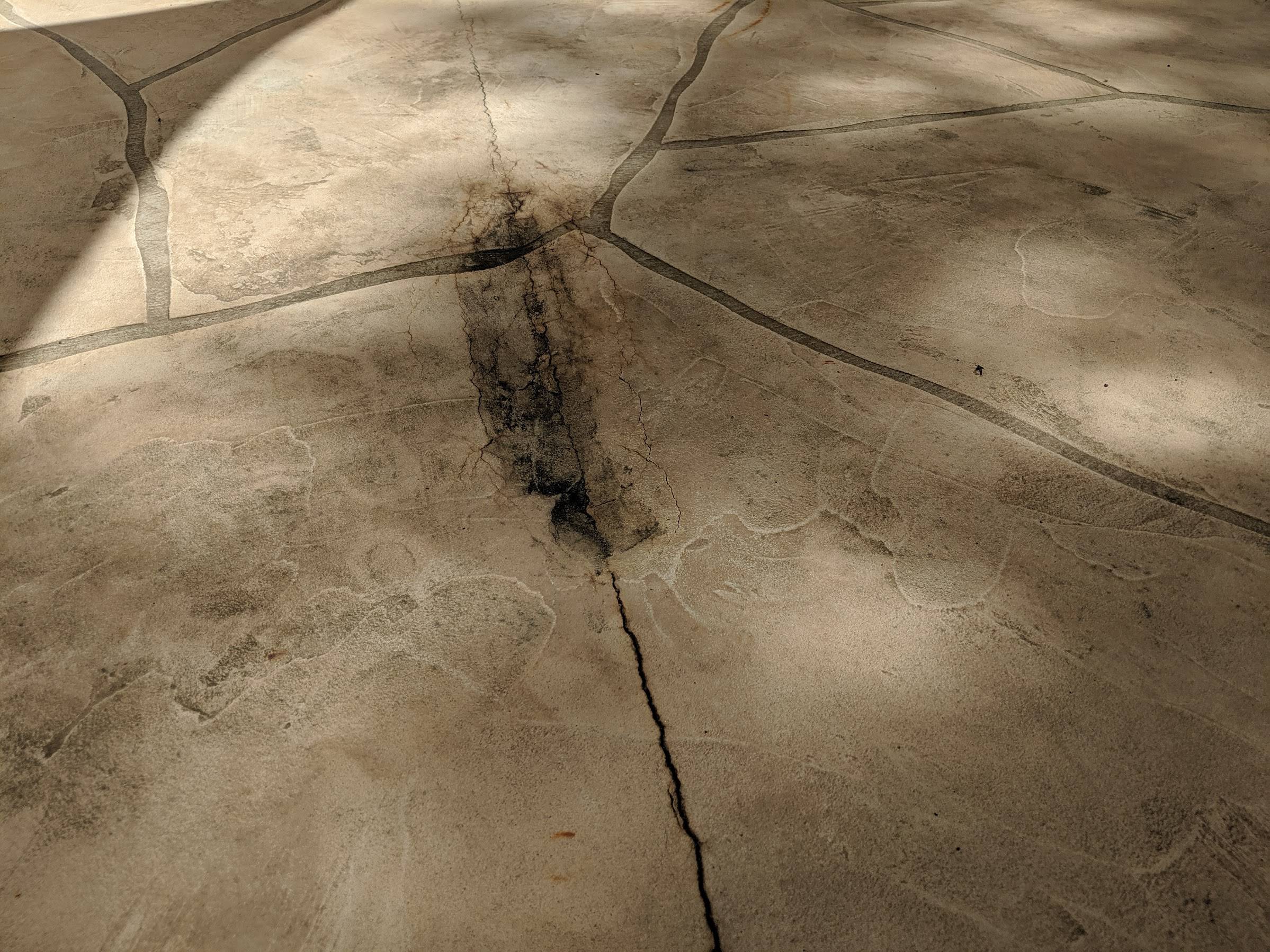 I've seen suggestions all over to use Quickcrete or epoxy for cracks in concrete, but the context is always a thick slab of concrete with cracks a half inch wide or more. That's not what I have.

I have an estimate to replace the deck for $4k, but I'd rather not spend it if I don't have to.

What do I do about cracks so tiny on concrete this thin?

(I'm not really concerned about it looking pretty.)

It's a dry warm climate except for the winter rainy season which was very significant this year. The temperature rarely dips below 32f. The deck is almost a story up over dirt and the A/C and entry to crawl space.

You need a flexible seal Quickcrete will only crack again. A urethane calking would be your best bet to seal the cracks, urethane will flex and maintain a seal (you have 2 forms of flexing one from weight and walking on the deck and the 2nd from expansion heating and cooling) urethane sealant or caulking is the best product to use in this case to seal the cracks and there are colored types that may be a better match for your surface.

Not the answer you're looking for? Browse other questions tagged concrete deck or ask your own question.

6
What are the best practices for a low deck built half on a concrete slab?
2
How can I repair a slow leak in my concrete fountain?
2
How should I build large concrete footings for my deck?
0
Removing or leveling an old iron pipe embedded in concrete patio
4
What kind of latch mechanism should I use for this movable ceiling under my deck?
1
Replacing Rotted Deck Footings
1
Flooring Options for Basement with Uneven Concrete Slab
1
How can I reduce the effects of dilatation of wood on a steel deck?