I'm building a 12x16 ground-level deck in my backyard (not attached to the house). I'll have 4x6 beams anchored to concrete footing.

My question is: can I install a 4x6 ledger beam that will have its ends up against a post base (the beam will be supported by Simpson Strong-Tie framing angles)? I'm hoping my Sketchup model will illustrate clearly what I'm trying to explain. For some reason I don't think you can/should, but I don't know anything about building decks (I'm learning as I go!). Any help/advice would be awesome. Thanks. 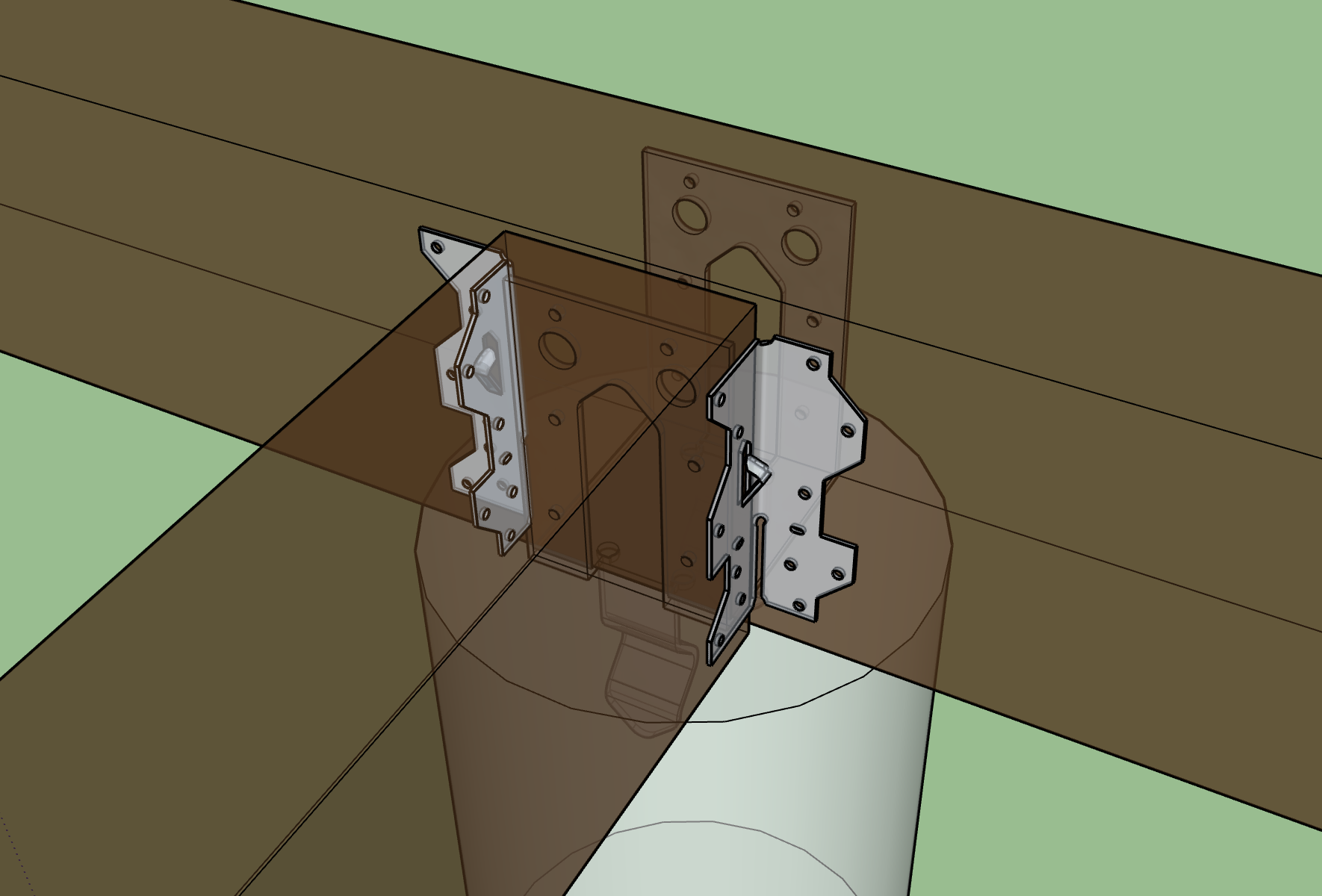 There is nothing wrong with this from an architectural standpoint. Honestly you should only have tied in framework touching the support posts. Meaning here - if the footing heaves, the ledger is failing no matter what. Either it adjusts because of the tie or the concrete, result is the same.

It would be against standards (and maybe code) to have non-tied framing laying on or within a micro-distance of the support posts.

Being practical though, this is poor design. At least give yourself some wiggle room. I would say 2" at least. What if one of your pours doesn't set right, what if your measurements were slightly off level, whatever. I wouldn't want to have to shave concrete out to make the ledgers level.

So my answer is in theory fine, but not practical. Also it sounds like you are a DIYer and haven't built 40 decks. Don't make things so hard on yourself.

Not the answer you're looking for? Browse other questions tagged beam ledger or ask your own question.

3
How can I improve this deck ledger and the flashing around my ledger?
0
Is it code-compliant to attach a patio to the roof like this?
2
Can I use two 2x8 beams instead of one 4x8 beam for deck?
1
How can I attach angled beams to a post?
1
What size beam should be used for a 15' patio cover span?
0
Attach Porch Roof Beam to Side of House
1
how much weight can I lift with 3 2x12x20 feet long beam supported by 6x6 post on each shide this is insde a pole barn
2
Wood beams for pallet rack wire decking