How can I remove stuck anti-vandal rings in tap head?

Most of the taps in my new house are fitted with so-called "anti-vandal" screws in the tap heads, as shown in the image. These screw into the tap head to tighten them onto the stem. 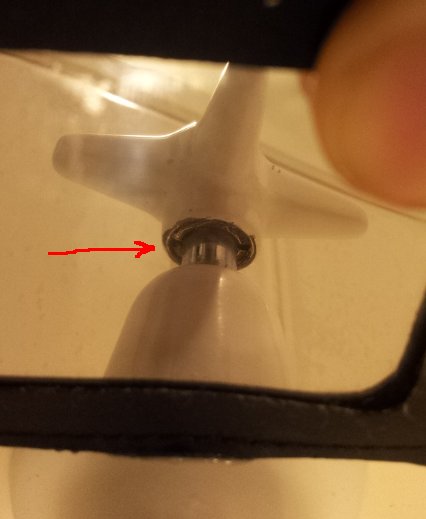 I can't remove most of them because they are stuck. I suspect they've been overtightened and haven't been removed for years. I'm looking for suggestions as to how I can remove them so I can replace the tap washers. And yes, I know which way they need to be turned to tighten or loosen them ;-)

I also have a pair of needle-nose pliers, but they're just a bit too big for the notches in the rings to get a good grip. 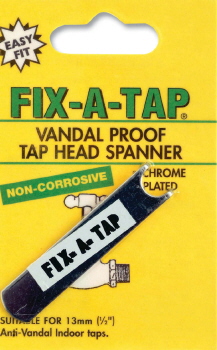 n.b. I'm told that any "freeze spray" like CO2 would also have done the trick instead, which works to contract the ring away from the thread of the tap head. Because the Loctite was expensive, it might be worth trying this instead as a first shot. I believe the same kind of principle is behind heating the parts up, which, when cooled rapidly, also causes the contraction which separates them, but I wasn't prepared to bust out the blowtorch for this one...

Finally, if you're going to do this, be careful you don't spray yourself if you're spraying upwards onto the ring, sheesh!

if you just need to replace the washers can you

hence replacing the washers? Once you have the spindle out you will find it easier to get at the anti-vandle screw and undo it

Stuck screws around plumbing often result when water, and its dissolved minerals, wicks up into the threads and dries out, leaving rock-like deposits. On a faucet as you picture, wet hands will be used to turn off the valve, so you have a ready source of water above the thread even if the valve stem doesn't leak. Try stuffing a vinegar soaked cotton ball up next to the threads overnight, and see if that'll dissolve out some crud for you.

Wasn't having much luck with ours so I ended up cutting the tap handle off using an angle grinder. We were then able take the bonnet off and replace the tap with a standard one to avoid this issue in future!

A plumber quoted us hundreds of dollars to replace the taps (assuming he could get the tap handles off).

If you already have a hacksaw/grinder this might be the way to go. 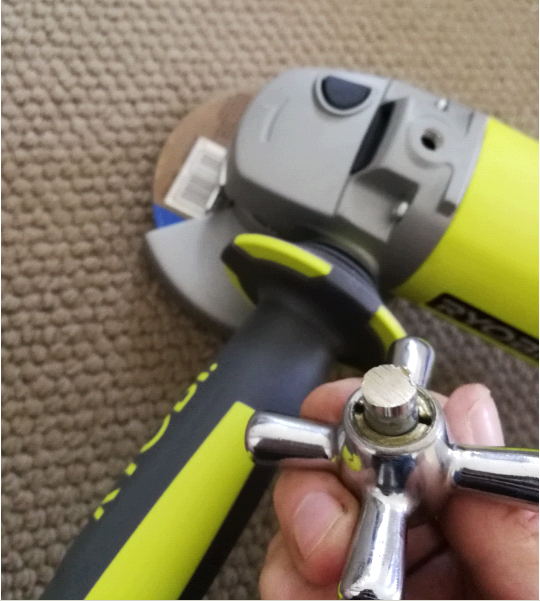 Not the answer you're looking for? Browse other questions tagged bathroom faucet removal or ask your own question.

3
How can I remove an anti vandal tap head?

9
How do I remove a stuck faucet/tap cover?
2
How can I remove the tile from this wall?
5
How can I disassemble this old bathroom faucet to fix a leak, without damaging the decorative chrome piece?
1
How to remove the tap head from this kind of tap?
2
Frameless shower door slipping
3
How to get a stuck Moen faucet cartridge out?
0
How do I remove the head of this turn tap?
3
What is this thing that holds widespread bathroom faucet handle to sink? How do I tighten it?
0
Remove head from a quarter turn tap with no screw