I feel like the window mechanism is a bit tight and is starting to rust slowly, is there any lubricant/maintenance that is needed to take care of this? 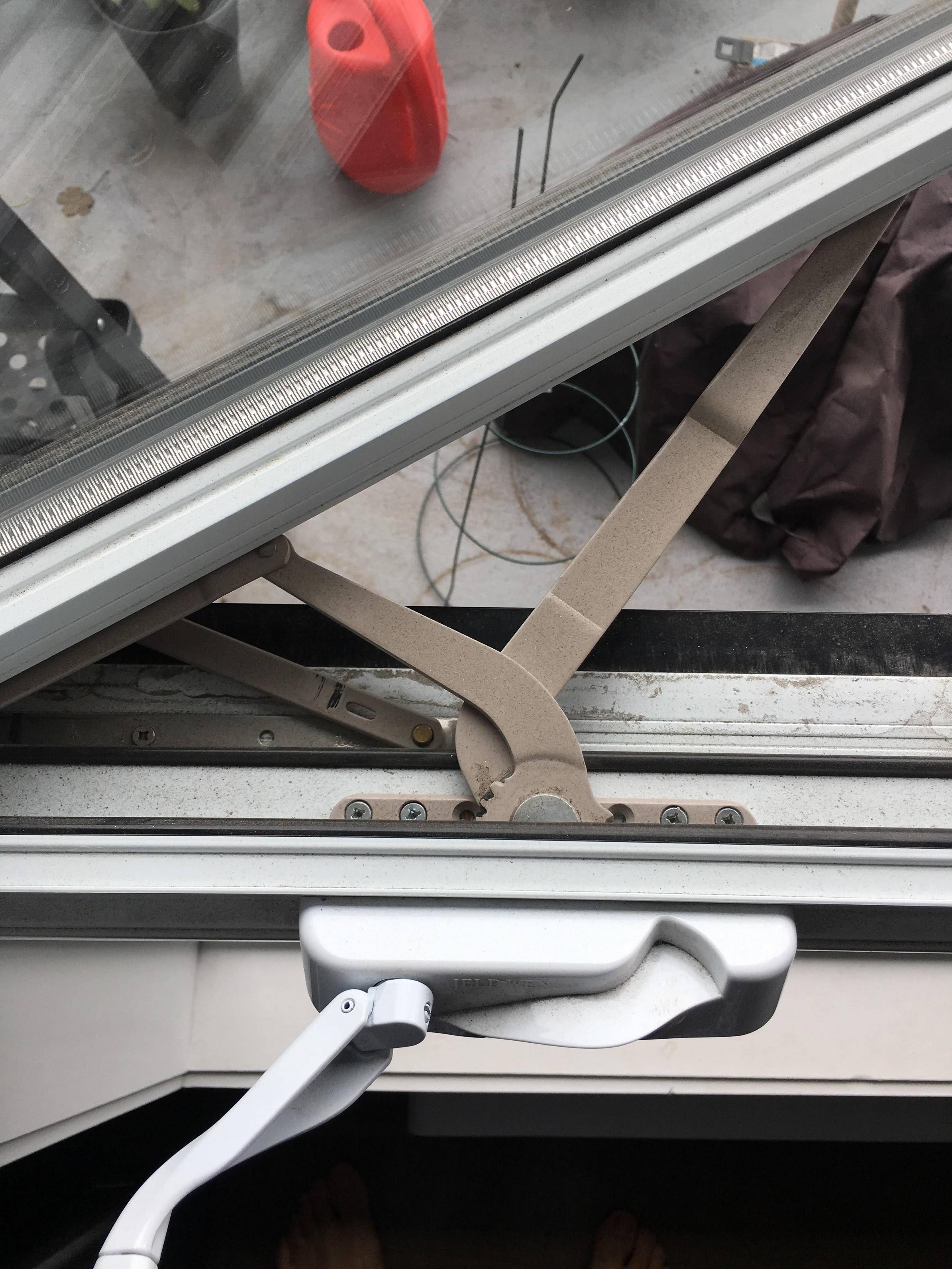 You have to be careful with window lubricants. If they are greasy/sticky, they will attract dust and dirt (and also get on your clothes).

They make graphite lubricants (generally for locks) that will not leave a greasy residue. They also make "graphite paint" which is basically paint resin loaded with graphite instead of pigment and filler.

However in a window, the resistance is less likely to be from pivoting points and more likely to be from sliding points. Graphite paint is a good choice for those. The paint will powderize as the surfaces spall, and that dust can still stain clothes, but at least it isn't sticky.

Not the answer you're looking for? Browse other questions tagged windows lubrication or ask your own question.

4
Oiling/greasing a garage door
0
How can I fix my window frame so that the window doesn't drop down?
1
Making or obtaining replacement parts for a multi-point window locking mechanism
3
How can I repair a vinyl window that is not staying up?
2
How can I stop this window from sliding down?
1
What kind of window is this (and how do I fix it)?
0
How to improve window sash sliding?
2
How to repair integrated window screens from a 1930s house?
0
Awning window not holding open
7
What kind of window is this? And how to open it?