Are Saddle Tees Acceptable According To Plumbing Code

I’ve been meaning to add a new fixture in my bathroom for a shower. The problem is the current way the drains are plumbed doesn’t allow enough slope for the horizontal parts of the new drain (tailpiece? tailpipe?) because the old drains are very old and we’re likely installed before these codes existed. Because of this, I am going to need to put a new branch is on the cast iron stack. I’ve been trying to research the best way to do this without having to cut a section of it and install a wye that’s connected to the iron pipe with no-hub connections, mainly because that is going to be quite the arduous task.

However, everything I’ve found says that is the way to do it. But the other day I saw this saddle tee on Amazon and ordered one, because it looks like it will save me from having to cut a section of the iron pipe. The documentation that came with the tee says that it will work on the iron pipe as long as I use an additional gasket, which I also ordered. It also came with some U clamps that hold it to the pipe, and the smaller pipe gets solvent-welded into it.

However I can’t find anything in the codes that says whether or not using one of these is acceptable. So my question is, to the plumbing experts/professionals here, is using a saddle tee a code compliant way to add a branch? (The town in which I live just uses the IPC for its codes) 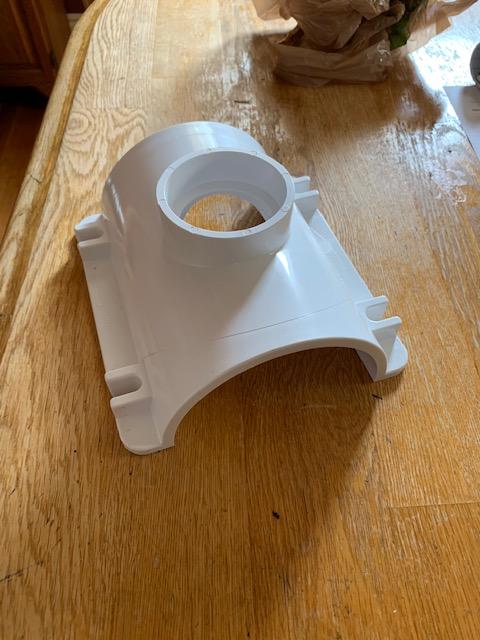 Browse other questions tagged plumbing or ask your own question.

8
Is there a way to thaw a frozen pipe, if you can't access the pipe?
4
Cast Iron to ABS - exterior of cast iron not smooth - how to stop leak at coupling?
1
Can I connect my water heater pan drain to the building waste drain? (CPC)
3
Toilet gurgling when another one is flushing: 6-way joint
3
Can I reroute these drain lines to make this stack more compact?
0
Cast Iron waste pipe can’t be cut
1
How to remove a cast iron pipe plug that has been soldered with lead
2
How can I accommodate high washing machine drain flow rates with older plumbing?
1
Horizontal Drains Can Combine Through Wye Laying Flat, Or Can't They?