I'm having trouble unclogging a kitchen sink pipe. I've taken apart everything outside the wall and cleaned it, but inspection showed that despite a bit of dirt, none of those parts are blocked. I have also snaked the pipe going into the wall and found no blockage. So whatever blocks it must be deep in the pipe, but I'm reasonably sure it is in that pipe because other sinks and the toilet on the same floor have no issues.

And yet, water goes out at a speed you barely notice when watching. Basically, drips. A half-filled sink drains in maybe half an hour, maybe even more. Sometimes it stops completely.

Then I've used the plunger, quite extensively. After working for quite a while, a white powdery substance started to come out of the pipe, with a consistency like flour or dough. Mostly very fine, but also some bigger parts (up to 1cm across) which was just the stuff clung together. It clings to everything and washes very badly from hands, etc. maybe some oil got mixed in.

Despite throwing out maybe a large cup full of it, the blockage remains. Continuing to use the plunger, the stuff keeps coming, but at low quantity. I believe this might be the blockage, but I have no idea how much remains and stopped after applying the plunger for maybe an hour.

I should mention that the dishwasher also empties into this pipe (it is connected just below the sink).

Is there anything else I can do or I am missing? Keeping on with the plunger might work, but who knows how many hours are needed. My current plan is to call a plumber and request they come with whatever special equipment they have. But maybe I'm just missing something else I didn't try yet?

This is a detached house in Europe, with basement. So no crawlspace under the floor etc.

You could try boiling water.

On the theory that the clingy white stuff is congealed grease which is blocking the pipe, you could boil a big pot of water and pour that down. The boiling water will have a long dwell time at the clog if it drains as slow as you say. Maybe enough to melt the grease and loosen the clog.

You could try lye.

Or if that is not available, ammonia or sodium carbonate (washing soda; also in automatic dishwasher detergent). These are alkaline and I suggest because maybe the "chemicals" you mentioned trying were acids. Again working on the theory that this is grease, alkaline chemicals will saponify the grease and make it soluble in water.

Once unblocked, find out who is pouring grease down your drain. And instruct them on their error, or it will happen again.

Snaking should be the answer, but if all else fails then you may want to try one of these fun gadgets: 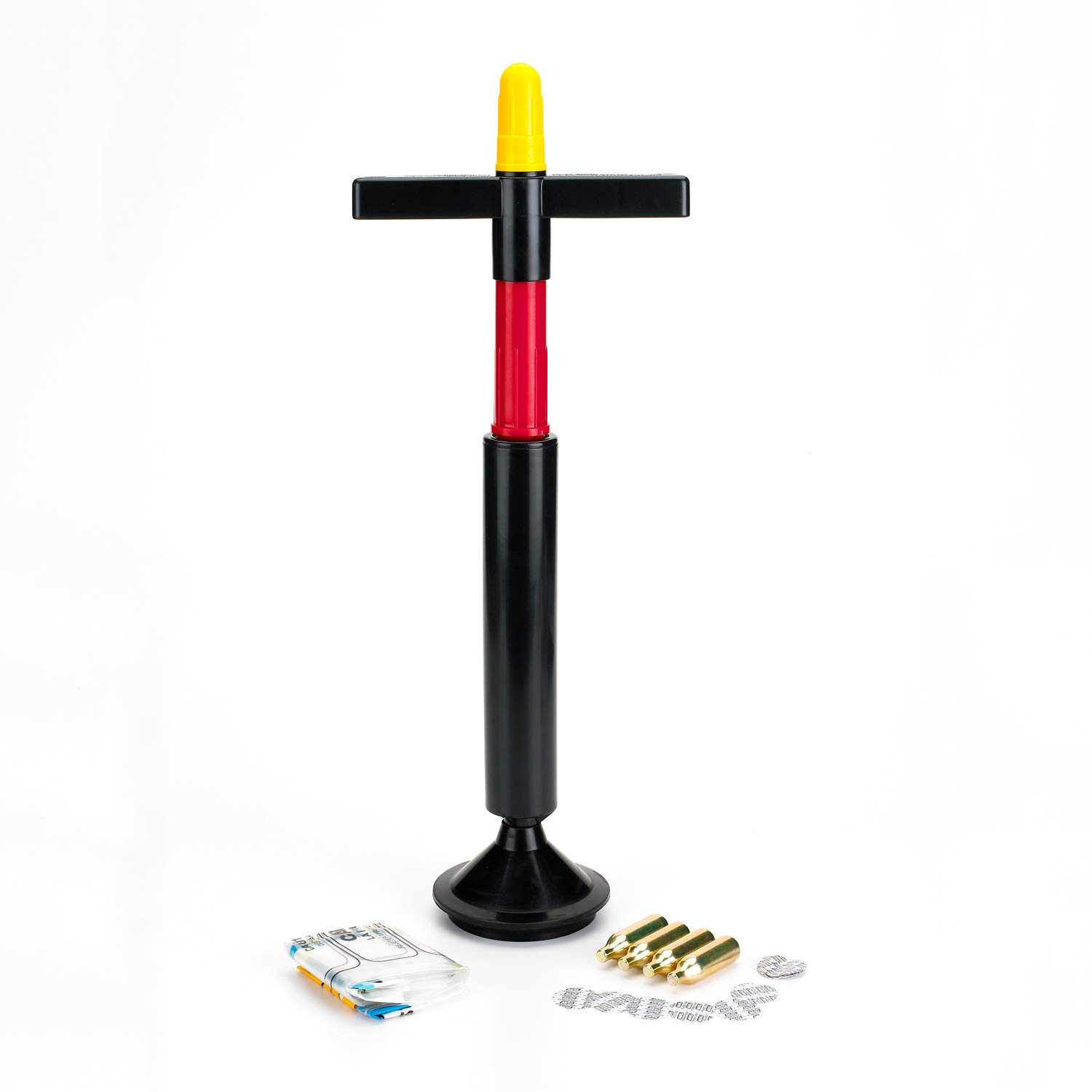 I have used this successfully on my main drain. The trick is you want to block as many alternate places for the air to go as you can so that the pressure goes down the drain rather than out to other fixtures.

Not the answer you're looking for? Browse other questions tagged plumbing blockage or ask your own question.

18
What can I do about my drains constantly getting blocked?
7
Why are there bubbles in my bathroom toilet and sink?
0
How do I unblock an interceptor chamber?
0
Clearing out blocked weeping tile
2
Reconnecting sink drain
2
Sewage smell from kitchen sink area
0
Gurgling Noise from Sink
9
How do I correctly join this sink fitting to the wall pipe?
1
Kitchen sink backing up with no apparent blockage
1
Plumbing a dual kitchen sink path