Replacing a top plate underneath a fireplace, with an attached exterior deck

I have a house where the chimney run framing extends to the basement (rather than simply sitting on a platform attached to the main floor). The only fireplace present is on the main floor. In the basement it's just an empty alcove.

There had been poor sealing at the trim boards and a gap in the gutter line where it met the chimney run that allowed water into the walls during heavy rain. This had lead to termite damage (no termites around at the moment, due to ground treatment outside no doubt) at the corner of the alcove. It looks like I'll have to replace the top plate (both boards) in the corner for both walls.

My main question is this:

1) The lower plate is easy enough to remove, but the upper plate is attached to the adjacent walls. Should both be removed in their entirety and replaced or is there a banding method I could used to replace just a foot or so of damaged board (in both walls).

bonus question: given the deck is attached to the outside of the house (along a 20 ft span, meaning load is distrbuted to other sections of wall) and it sits on the brick exterior, would this make you sweat more or less about support while replacing. note that what is in the pics below is basically how I found this, minus the very rotted corner studs that I removed...with a vacuum cleaner.

Note: it does look nasty up there from the pics. In the recent past, I replaced the trim and siding on the back of the chimney behind the fireplace and I got a good look on the inside of the chimney itself. I cleaned out a lot of sawdust, some roach droppings, and dead wasps, but there was no damage that I could determine. The damage seems to stop at the plate. 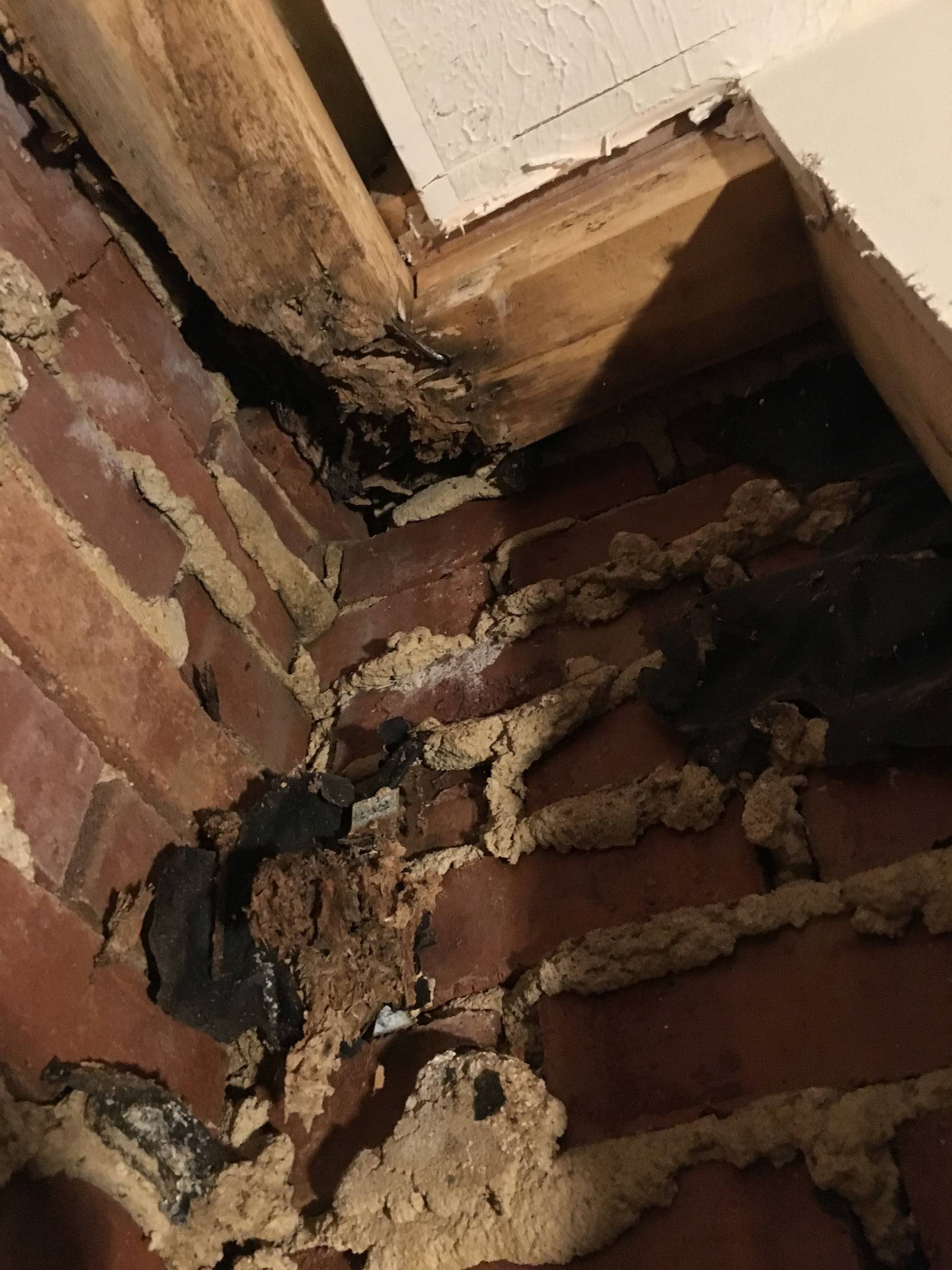 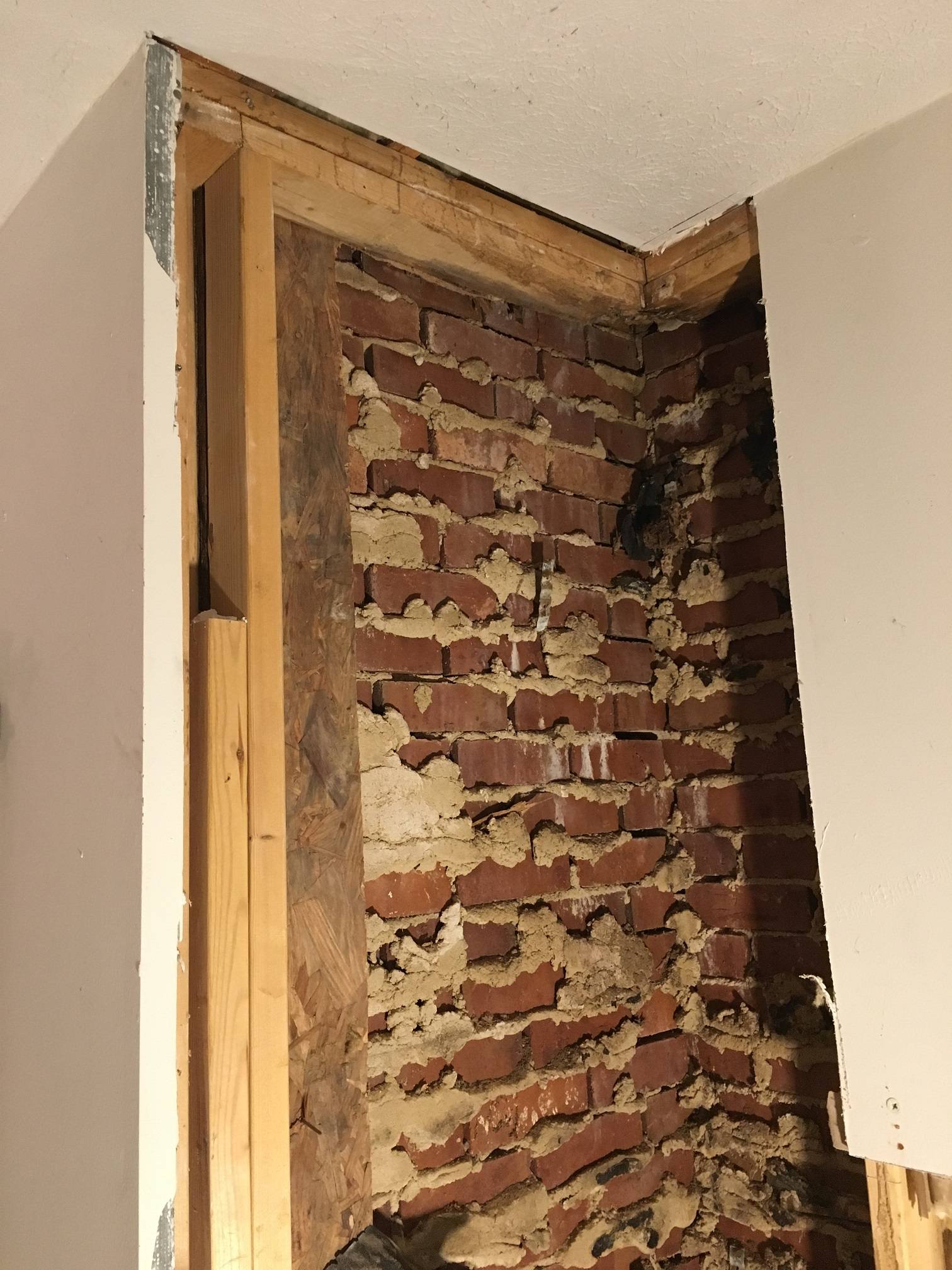 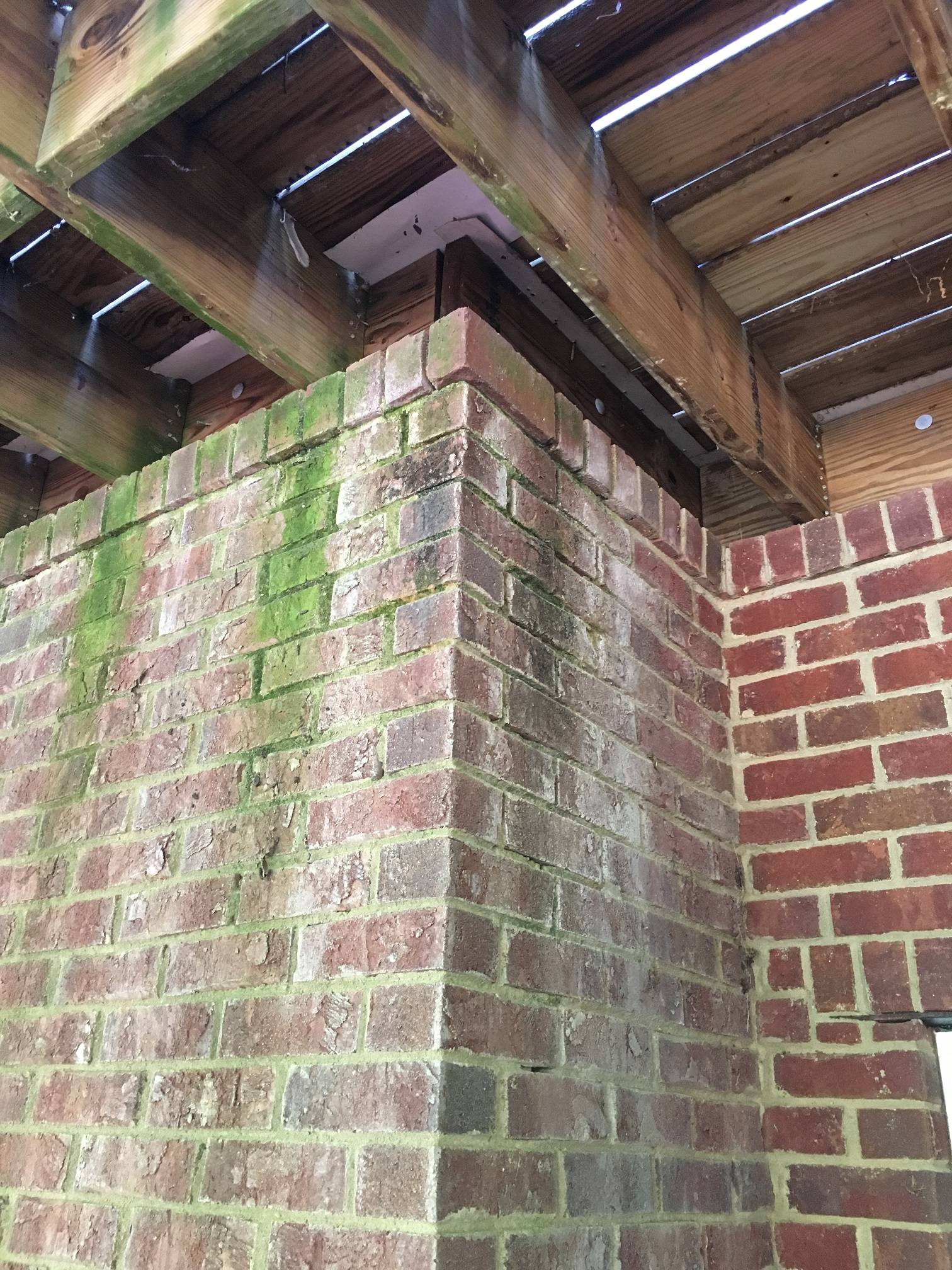 outside of chimney from top deck added per request. The damage is underneath this corner but lower down behind the brick. Note that the siding isnt damaged at the bottom, it's just a streak of dirt from the wife's planting 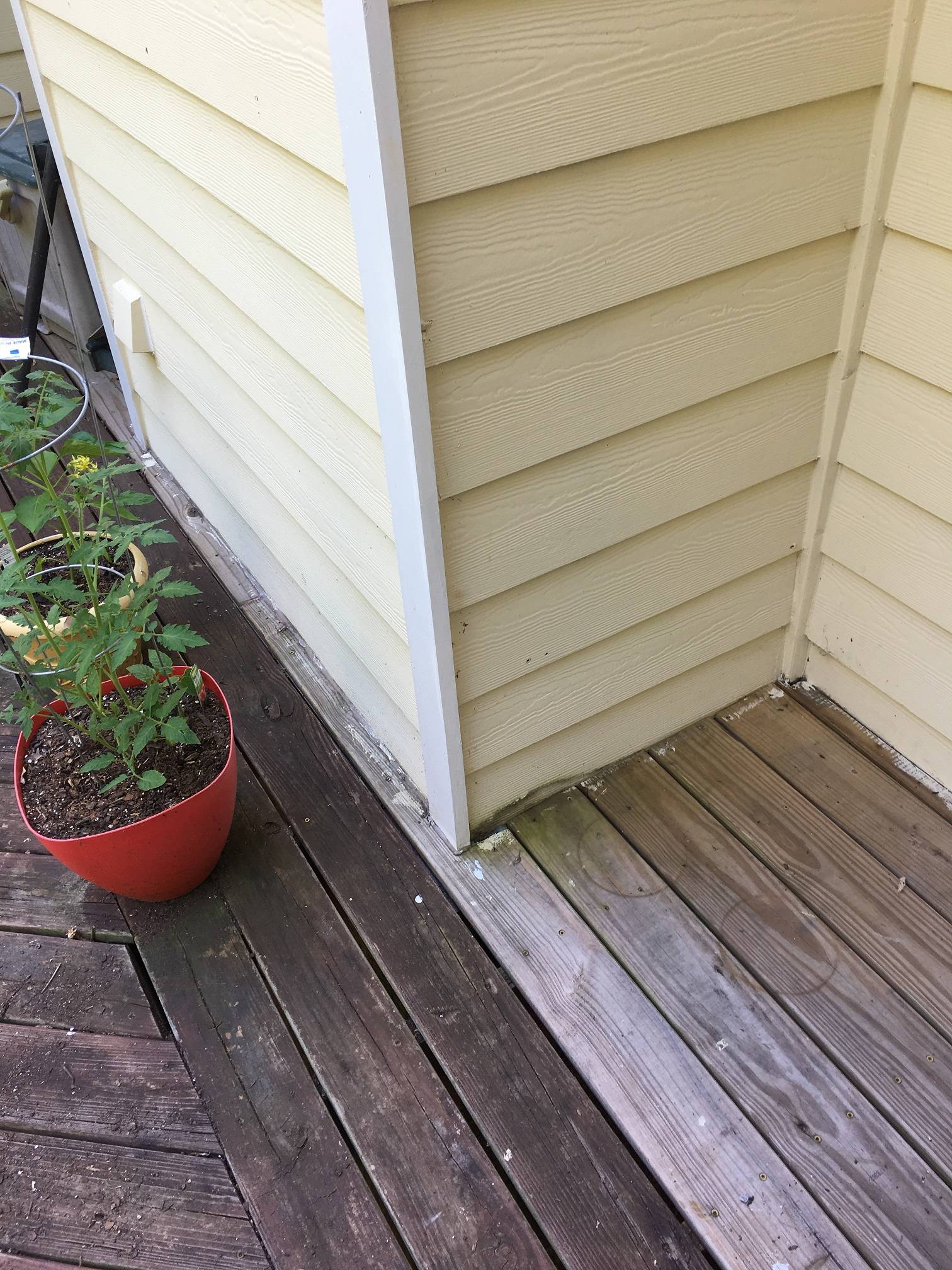 Browse other questions tagged walls termite or ask your own question.

2
Can I use a 4x6 as a top plate for a stud wall?
4
What is the sheathing underneath my brick exterior walls?
1
Is it possible to fix bowed baseboards?
1
I need to Mount a 55" Sony TV on a Wood paneling wall w/no studs
0
Easy way to find out if this wall is load bearing? (double top plate, but parallel with trusses) with pictures
0
Can I remove the top plate at top of an interior NLB wall?
0
Replacing R7 in exterior home walls
3
Insulating under a bay window