Kitchen sink half-wall against brick: which layer to drywall?

Relocating a kitchen sink to an exterior wall, I'll be building a 2x4 half-wall against the brick in which to run plumbing. I'll then install cabinets in front of that wall.

Which layer to drywall? I could drywall the brick and furring, or the stud half-wall, or both?

Also note that there'll be an outlet under the sink and a whip for the dishwasher.

I intend to use greenboard FWIW. 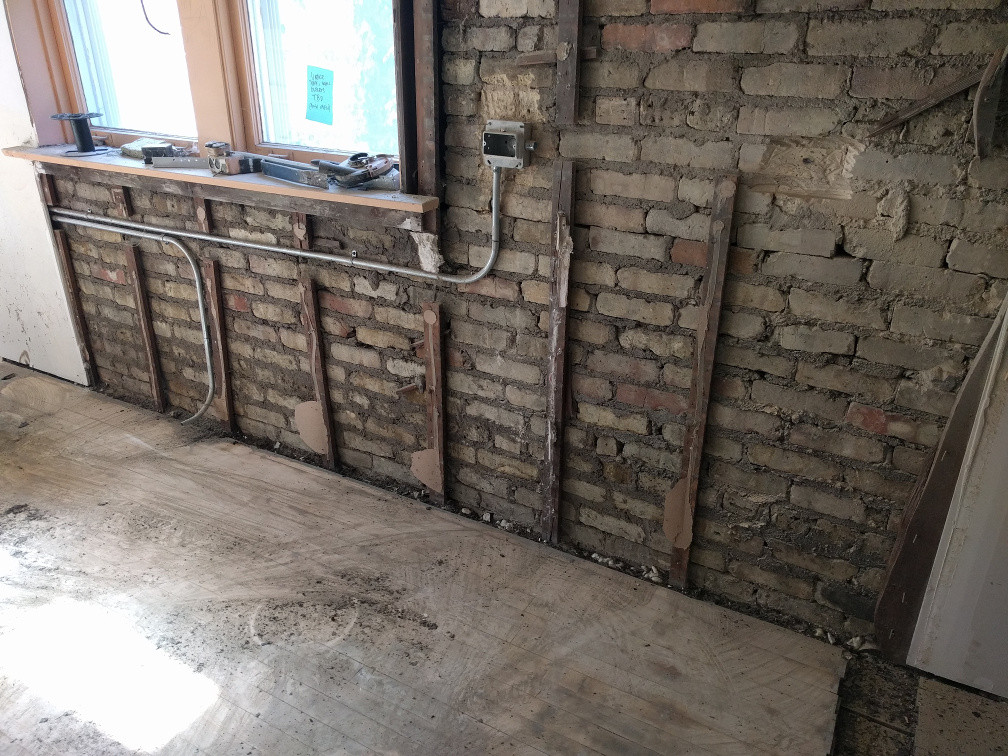 I would do both ,foam insulation drywall, 2x4 , insulate ,drywall Do not like the pipes on exterior wall drafts and freeze up

Not the answer you're looking for? Browse other questions tagged plumbing kitchens framing cabinets kitchen-sink or ask your own question.

3
How do I install a butcher block breakfast bar on a half wall?
2
Moving kitchen sink in slab foundation
1
What's the deal with half-walls behind the kitchen cabinets? Can I cut into it?
1
How should this vintage wall-mount sink be mounted? Does not fit standard cast iron brackets
1
Where should I run the plumbing, under or through the base cabinets?
0
No studs just furring strips on brick for cabinet install
2
Framing on top of brick halfwall
2
Exterior wall framing - Safe to remove 2x4 that was part of soffit/bulkhead?
0
Washing machine plumbing