In the home my wife and I recently purchased, I noticed more and more dirt pouring out of one side of our retaining wall surrounding our driveway. It occurs right at the seam where the retaining wall meets the rest of the house 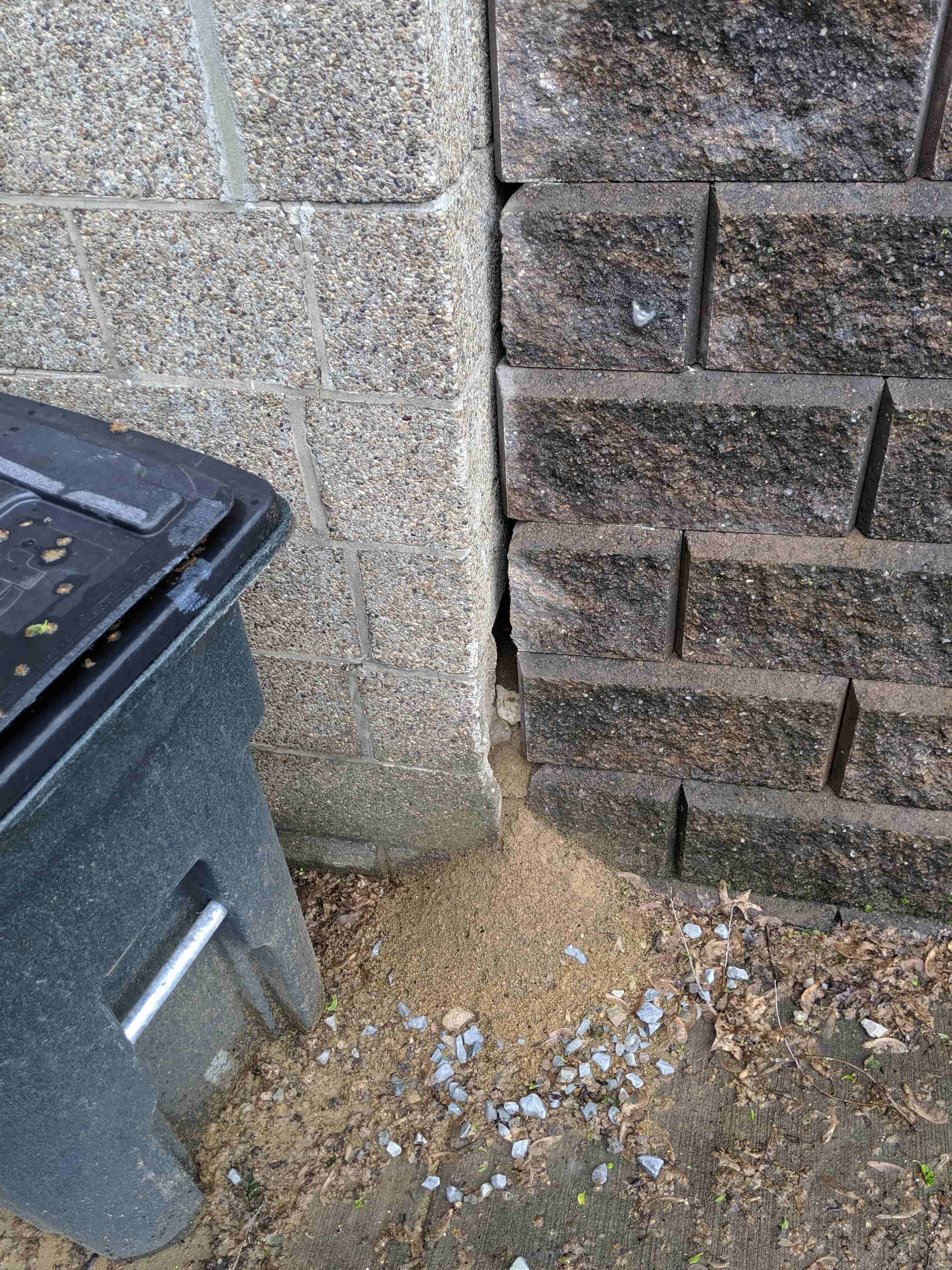 I'm not sure if a squirrel might be digging in there, if the rain is washing it out, or what.

Is this any cause for concern? Should I take any action to prevent / fix this? Is it indicative of any deeper problems?

If it helps, here's an image of the top of the retaining wall, looking down into the driveway 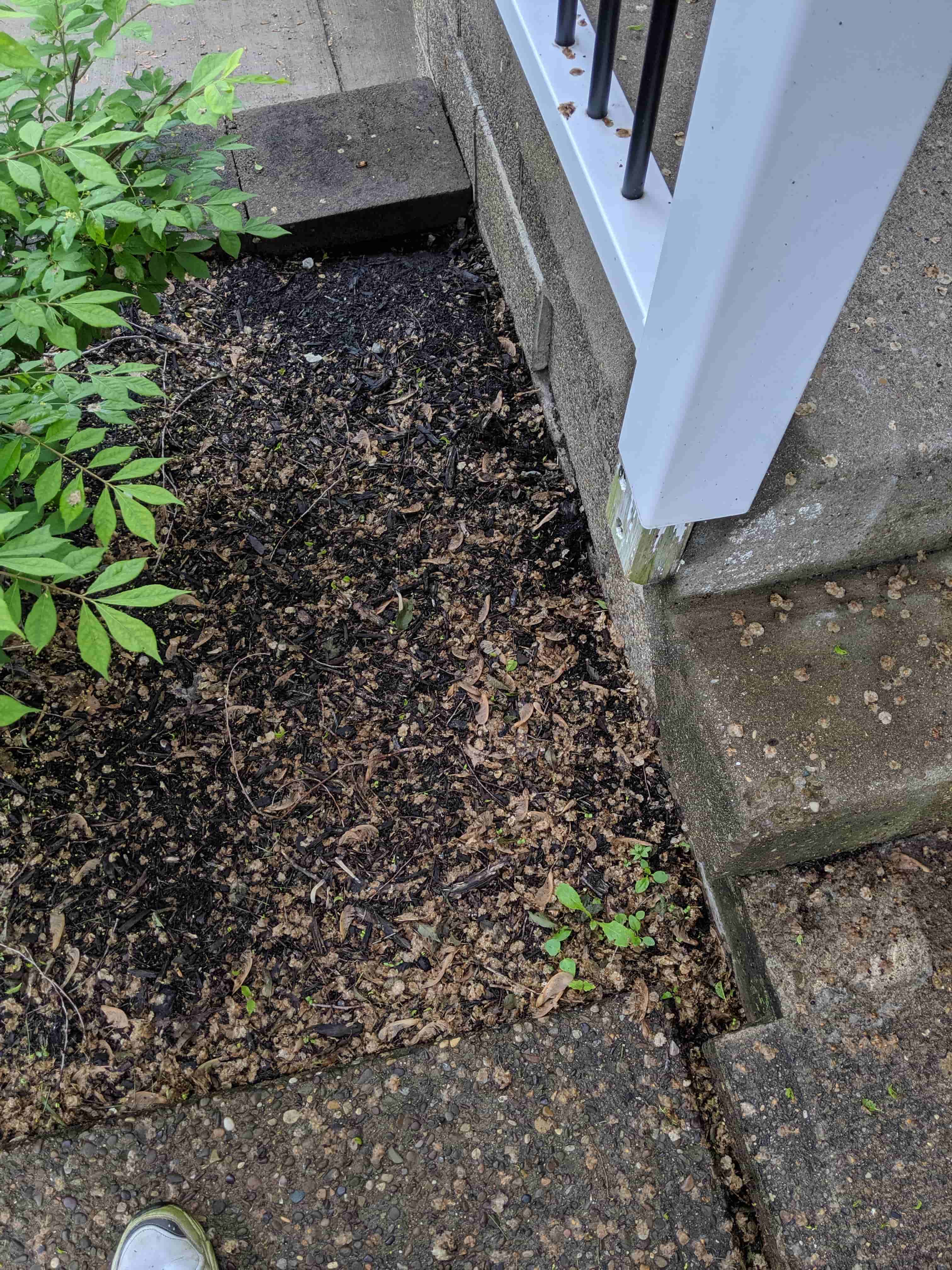 That small pile of dirt is an indication that moisture is behind your wall and is “escaping” by coming out from between the two walls. As the water runs out, it washes some dirt (fine particles) with it.

If you look closely, you’ll notice there is some very small amounts of soil washing out between the joints of the “stack block” wall too. (If you notice, there is more dirt lower on the wall, because the water “escapes” at the lower levels where there is more pressure.)

If you plug the joint between the two walls, additional water and dirt will seep through the stack wall joints...you probably won’t notice the difference.

Long term, water will continue washing soil out in order to reduce pressure on the wall. It’s annoyingly to clean up every year or so, but it’s not alarming.

Not the answer you're looking for? Browse other questions tagged retaining-wall or ask your own question.