Sistering a split joist not code?

I know that building codes vary by jurisdiction so for the purposes of this question I am in Baltimore County, MD.

We have a split joist in our basement. It's a 2x8, about 10 feet long. One side is in a joist hanger, the other side is resting on top of a steel beam. I had a local builder come out and give an estimate which ended up being ~$2500.

Most of what I have seen online suggests using a bottle jack to slowly raise the joist to close the crack, and then sister in another 2x8 (or 2?) to the cracked one, sprinkle generously with glue, and nail them together. I asked the estimator if this was the process that would be used and he said that it was not code and that they would be cutting out and removing the split joist and replacing it altogether. They would also have to pull up carpet in the room above to secure the sheathing.

Am I getting fleeced? Is sistering another 2x8 not code? I want it done correctly but I got a bit of sticker shock at the cost.

Edit: Here's a picture. Center is the crack, left is one end of the joist, right is the other end:

Edit: Here is another picture of the metal clips: 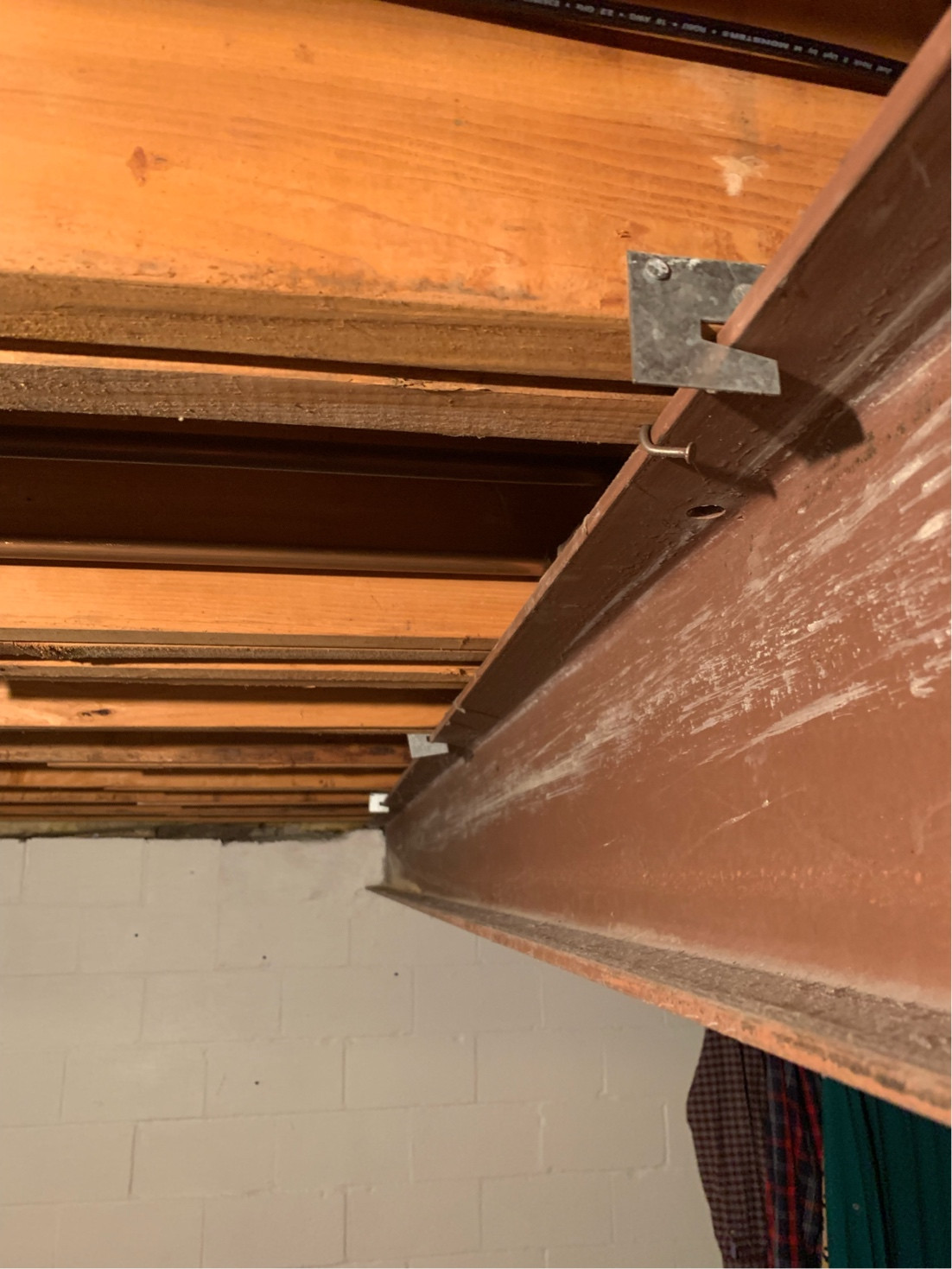 I may regret answering this question without first seeing a picture of the joist, but I’ll try.

I’d leave the split joist installed and add a new joist on each side of it. I doubt the joist has sagged much and could easily be jacked back into position without damaging plaster walls, cracking windows, etc.

The new joist should sit on the beam in the same manner as the damaged joist (minimum of 1 1/2” bearing) and installed in a matching hanger on the other end.

11
Are there any dangers to sistering a joist with oversize lumber?
4
How do I deal with a joist in the way of where I need to run a pipe?
2
Is deck joist sistering a sloppy repair?
8
Structurally required? I-beam support under stair opening header
1
Floor Joist Tolerances
1
floor joists splitting at non-beam end
4
Is there a simple way to make these rough sawn, exposed joists level and flat?