Gap between half moon window and lower windows

Is something missing in this gap? I had a lot of water come in through the top corner of this window last storm.

I’ve caulked and placed silicon anywhere I can see possible. The entire house siding along the right side of the window about five feet down is rotten so I’m a little confused where all the water is coming from. 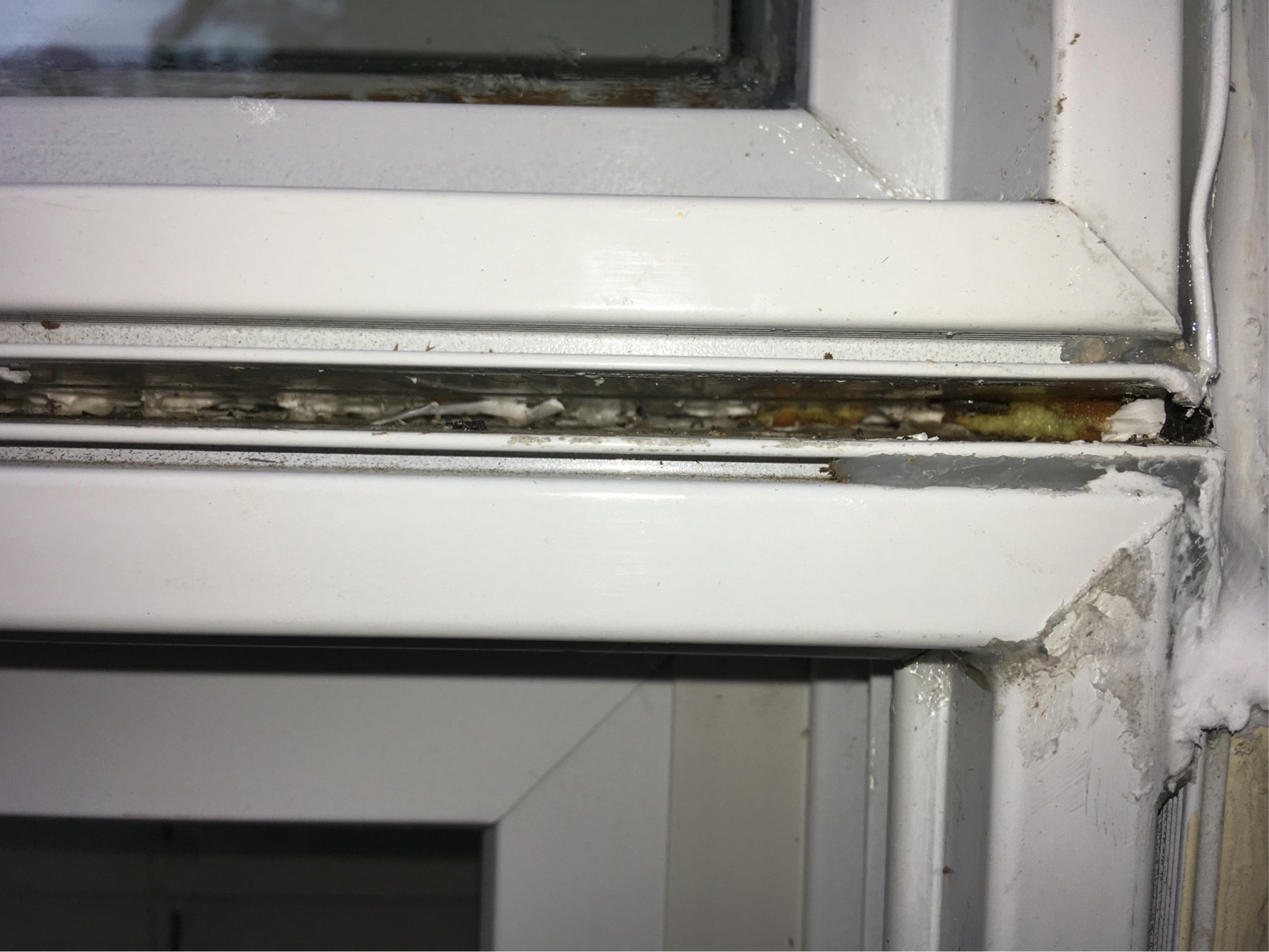 That is a very unusual installation.

The windows are made with a “flange” that is about 1 1/4” wide all the way around each window. The flange is made watertight to the window frame and is used to fasten (nail/screw) the window to the window opening.

2) Some windows are made to “fit together” in a pattern. When there are extra large openings, the window weighs too much to lift into place. So, the manufacturer makes a cover that clips into both windows to seal the space between the windows. Obviously, if this is one of those types of installations the clip has been lost.

3) It’s not the quantity of sealant but the quality of the installation. That is to say, the depth of the sealant should be about 1/8” to allow the sealant to expand and contract. The way this is accomplished is by using a backer rod. It keeps the sealant from filling up the entire space and is placed so the outside edge is about 3/16” from the face of the window.

4) It appears that the upper window’s weep hole is plugged with dirt, etc. The stops need to be removed and weep holes cleaned.

I can’t see the edges, top or bottom (sill) of the window so cannot make a determination on those issues. If they’re leaking too, (as you noted) the original installation was probably poor.

Not the answer you're looking for? Browse other questions tagged repair water or ask your own question.

3
Gap between sash frame and pane of single-hung window sash - DIY-able?
5
Will internal waterproofing solve my moisture problems?
2
Hot water pipe sticking up in back yard?
0
How can I temporarily remedy the rotten, leaky roof on a mobile home?
1
Spikes in water pressure
1
Half-inch Gap between wall and floor in second floor bedroom
3
Sill plate pushing siding off, causing gap for mice and moisture?
0
Spring water in basement of new construction