Part 2 - What sort of ceiling fan support do I need where I can't find framing?

I am return and resume to work on my ceiling fan in the dining room. Last August of 2018, I tried to put it up but the support bar is different than others. I did not know what to do until I saw a poster from a company that they took picture fan fixture boxes. I was looking at it and realized that there is something I was missing.. a bracket strap to hold the support bar.

What sort of ceiling fan support do I need where I can't find framing?

I went to Lowe's and found the ceiling box with this :

but I had a problem is that it is wobble and the nuts I drilled in is stuck.

Do you have any suggest to fix this problem ? 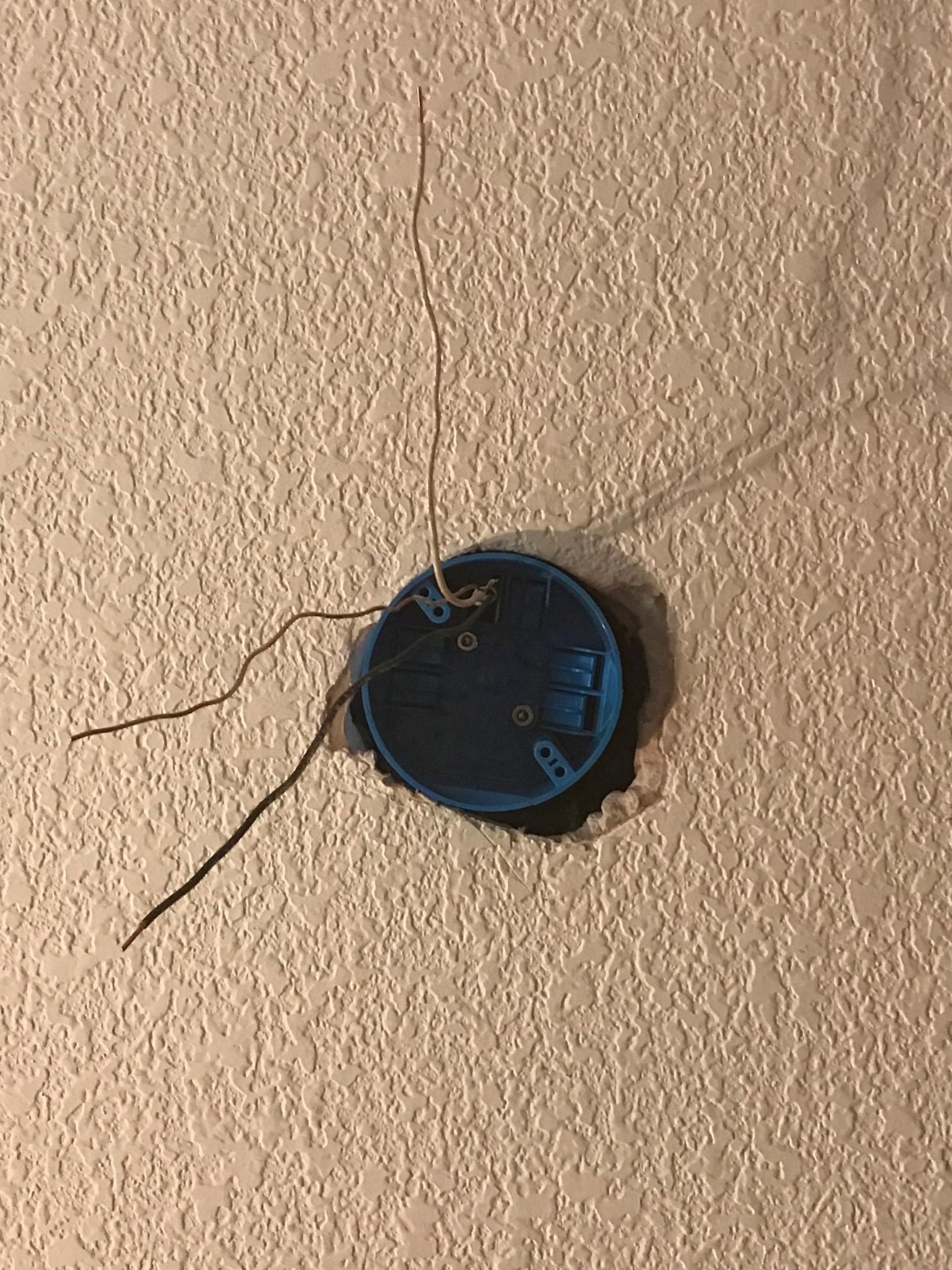 What options do I have ?

The box you used is for a light fixture and is designed to be installed during construction before the drywall is installed. It is not designed for a fan, and even for a light it cannot be installed with the ceiling drywall already in place.

You need to get one that is listed as retrofit for a fan, e.g., Home Depot ceiling fan retrofit The retrofit ceiling fan support allows one to expand the support against the ceiling joists by rotating the bar, then the box is fastened to the bar. See the video on the link.

... I didn't check your link first... the adjustable one you linked isn't rated for rotation. That is what differs between boxes... and to clean this long message up because I'm tired and rambling. I can't tell if the box you have in the wall has an adjustable bar. I have to assume its screwed into a board that runs joist to joist. And that that board has at least 2 screws on each end

Not the answer you're looking for? Browse other questions tagged drywall ceiling ceiling-fan junction-box or ask your own question.

0
What sort of ceiling fan support do I need where I can't find framing?