I know this question gets asked all the time but I've spent hours staring at forums as well as my furnace and at this point I'm desperate. I just bought a nest thermostat that needs a C wire connection. My furnace doesn't have a C wire slot to plug in the wire and I'm trying to find out what I need to connect this C wire coming from my thermostat to. 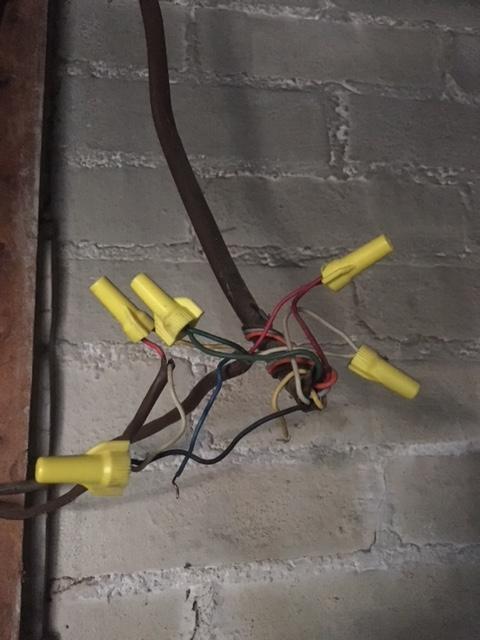 This is a strange assembly and is on the wall across from my furnace. I'm assuming the blue wire coming from the thermostat not connected to anything is the C wire. Only the red wires have voltage. 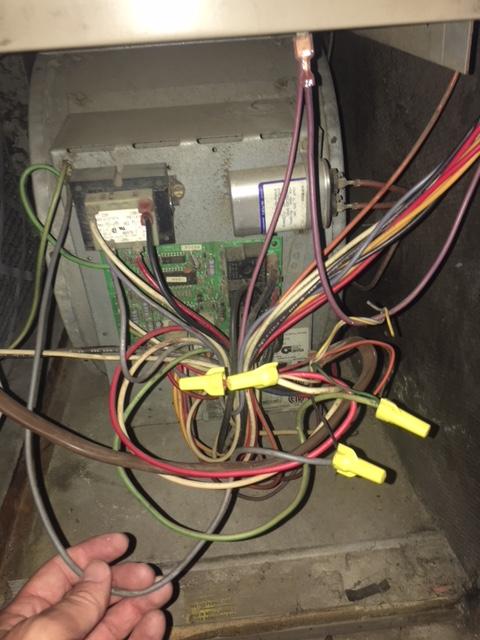 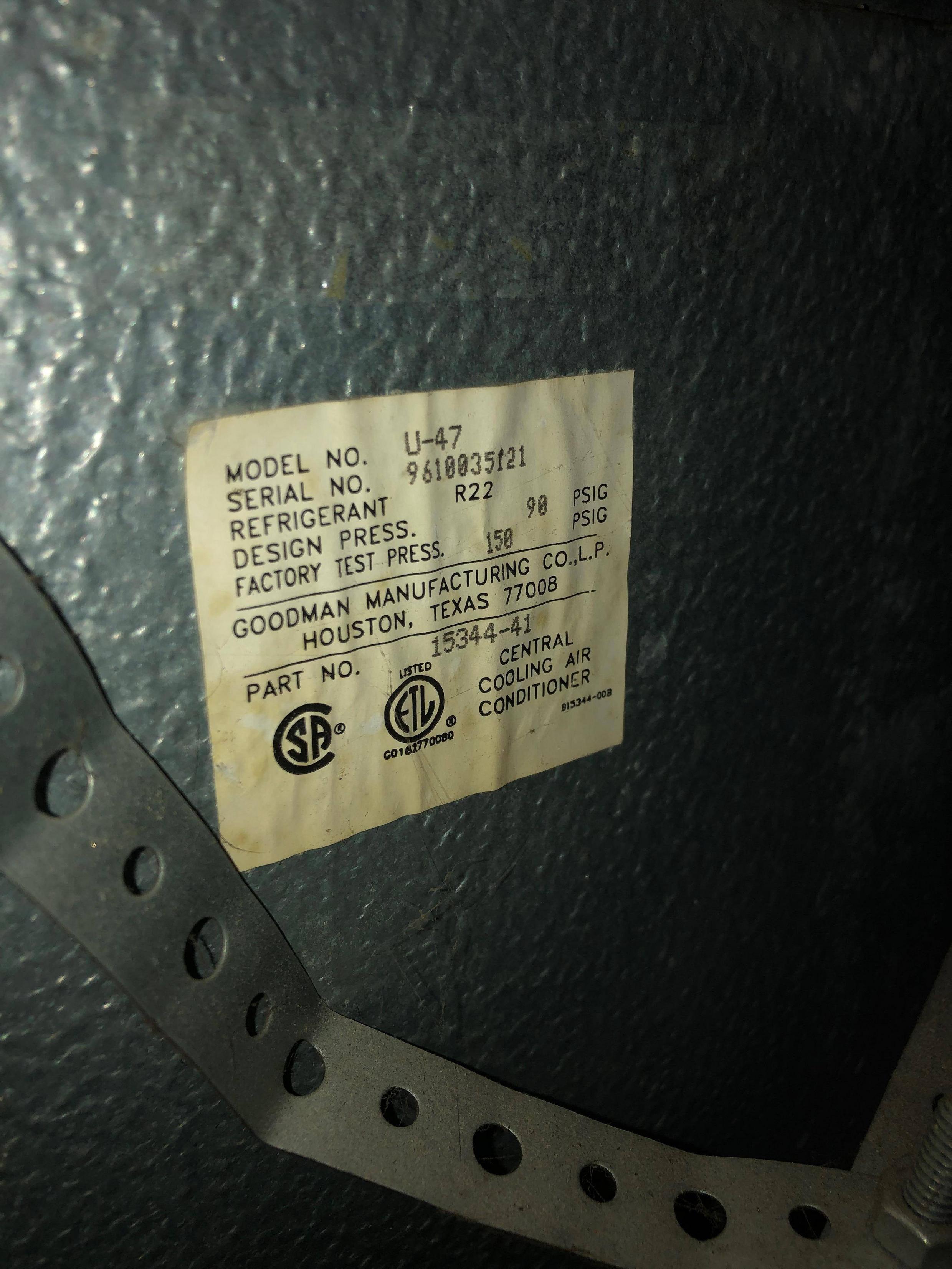 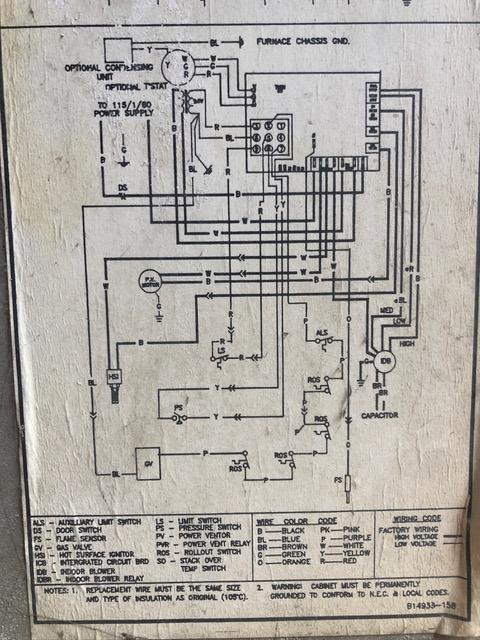 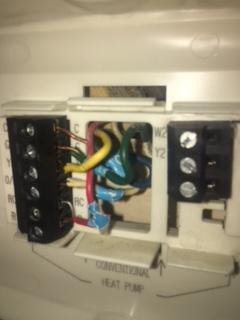 Based off the first picture, it looks like the blue wire fell out from the wirenut next to it with the black and white wires going into it.

That should be the common side of the 24 volt transformer used for the AC, which is what you probably want to be using for C.

Test to see if that all makes sense first rather than just connecting it. I'd rather not make your problem worse!

I don't know what to tell you about the second picture though, so determine if adding the blue wire to that wirenut makes sense, and if it doesn't just down vote this answer.

There's a simple logic you can follow here, since you have an air conditioner. In just about all cases, the air conditioner's control wires must be connected to the Y and C wires in order for your air conditioner to work. As a result of this, we can trace the yellow Y wire from your thermostat cable to the red wire in a 2-wire cable at the junction in the first picture, which then must be the cable going to the air conditioner.

From there, we can deduce that the other wire (aka the white wire) in that cable must be connected to the C wire, so we can connect our C wire from the thermostat to the same place.

Not the answer you're looking for? Browse other questions tagged hvac thermostat furnace thermostat-c-wire or ask your own question.